AHMEDABAD: Overcoming caste and communal polarization, the common people of Gujarat have come out together to help those most impacted by the COVID 19 pandemic. Citizens from all walks of life and faiths are reaching out to feed the daily wage workers who are worst hit by the lockdown. These are largely the auto rickshaw drivers, daily wage labourers, small food vendors and others living on the margins.

Nattubhai Parmar, a social activist from Surendranagar told The Citizen that he along with a colleague had approached the leaders of the Jain community about the plight of people residing near the main Ganesha Temple in the town. “The community responded immediately and food for no less than 150 families was prepared at the homes of the Jain community and subsequently distributed among the poor. Many people from other communities as well are coming forward to help those living on the margins,” he said.

Advocate Shamshad Pathan has been co-ordinating the effort in various parts of Ahmedabad . “Though Chief Minister Vijay Rupani has announced provision of ration and other help to the poor, it will be available after a few days. The question is that how do these people survive till then. Hence it was decided that various social activists from different communities come together and take the initiative. These are times that we have to stand up for each other at the grass root level. It is being ensured that the food packets are both nutritious and hygienic,” he told this reporter. The state government has announced free food grains for the poor for 21 days.

“We have been ensuring that all activists from various organizations are in close contact with each other. The motto that we have adopted is that no one should go hungry to bed. We know that there are thousands of such people in Ahmedabad alone who need help,” he added.

Besides preparing food packets for distribution, the poor people are also being invited to specified spots near where they live to partake of hot food that is being prepared and distributed keeping the social distancing parameters in mind.

Such initiatives are currently on in Bapunagar, Rakhial, Relief Road, Dhalgarwad,Shahpur, Dariapur, Juhapura, Manekchowk, Teen Darwaza etc. At certain places even small ration kits are being prepared for distribution among the poor households.

The daily wage earners, particularly the construction workers, have been the worst hit in the state. Staring at a hopeless situation after the lockdown when there was no employment and food at hand, thousands of them decided to walk 250 km or more to their villages in the absence of public transport. Many of them do not have money, or food, with them. This ‘walk’ from construction sites to the villages started on Wednesday.

“With no jobs they they had no other option. Most of them are tribals from neighbouring Madhya Pradesh, Rajasthan and also the tribal districts of Gujarat. So they decided to move towards Dungarpur, Banswara, Udaipur, Jhabua, Dahod, Panchmahals, Banaskantha and Sabarkantha on foot,” economist Hemant Shah, based in Ahmedabad, told this reporter.

“This misery that these poor people had to undergo was totally avoidable. All the government needed to do was co-ordinate with their counterparts in Madhya Pradesh and Rajasthan and put into service state transport buses. All that was needed to be done was to fill these buses just 40 to 50 per cent of their capacity to maintain social distancing,” he added.

Vipul Pandya of Bandhkam Mazdoor Sangathan said, “If the government can fly in Indian citizens trapped abroad, it can surely do this small thing.” 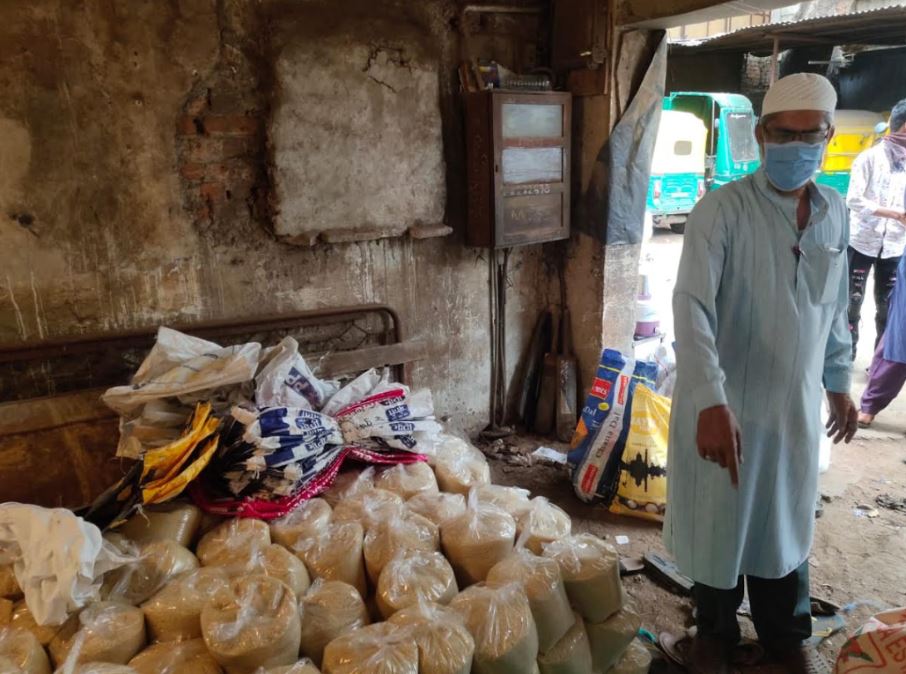 The tribals and others on the roads were helped on their way by common people residing in the villages who came forward to offer food and water. Superintendent of Police at Sabarkantha Chaitanya Mandlik has earned a lot of praise for extending a helping hand as he not only arranged food to these weary and hard pressed travelers at Himmatnagar, but also ensured that many of them were transported in heavy vehicles plying on the highway.

In Kathlal, the police after preliminary scanning arranged transport for some of foot travelers moving towards Dahod.

Meanwhile, several social activists from various civil society organizations have come forward urging the state government to take more measures for the daily wage earners. They want the funds lying with various welfare boards, and amounts deposited under various schemes, to be utilized in this hour of need to ensure that at least 50 per cent of their daily wages are deposited in the accounts of labourers. This is because the absence of work has left the daily wage workers without any income at all.

“While the government has come forward with notifications asking employers not to retrench their employees and pay their salaries, these measures have to be given a legal shape. The government will have to step in,” Pandya said.

In a letter to Gujarat Chief Minister Vijay Rupani, social activists have stated, “All informal workers holding any form of worker ID cards or documentary proof that they are informal sector workers should be given immediate cash transfer of Rs 10,000 for one month. Workers possessing ‘construction worker welfare board card’, street vendors possessing licence for vending by municipal institutions or registration under Shops and Establishment Act or surveyed, challaned, trained by Food Safety and Standards Authority of India (FSSAI), or a part of registered union, daily wage workers and migrant workers, domestic workers, waste picker workers carrying any worker organization card such as Trade Union, Worker Collective should be given Rs 10,000.”

Gobbledygook Apart ...There is Still a Raging Pandemic!

Ebola Lessons: How Trust in Government Determines a Crisis Response