As India fights the pandemic with its back to the wall, medical experts have flagged the need to strengthen the tobacco control movement countrywide. Addressing experts from across the country on Sunday at an event organised by the Post Graduate Institute of Medical Education and Research in Chandigarh, health expert Dr Rana J Singh emphasised that with an estimated 267 million tobacco users in India, the time has come to ‘help users quit and bring in place bans that would hamper the initiation of smoking, especially among the youth’.

Around 70 participants, including those from Odisha, Telangana, Meghalaya and Puducherry demanded a complete ban on menthol tobacco products in line with the e-cigarette ban declared in 2019.

Public health expert Dr Sonu Goel explained that menthol besides adding flavour, desensitises receptors that create irritant sensations when exposed to nicotine, which makes the toxic experience of smoking less harsh and helps sustains the deadly habit among users. He said a menthol ban would prevent initiation into tobacco smoking and go a long way towards ensuring a Tobacco Free India.

“A menthol ban is a powerful and crucial step toward preventing the premature Indian deaths from tobacco-related diseases,” he said. The experts also pledged to prevent the tobacco industry from interfering in the health of their respective states, by marketing tobacco products to vulnerable sections of society including children.

The demand coincides with the US Food and Drug Administration’s decision to ban menthol cigarettes in that country in response to a citizens’ petition by nineteen public health organisations. A report by an FDA committee concluded that if menthol cigarettes had been removed from the marketplace in 2010, roughly 17,000 premature deaths would have been avoided in the decade since, and about 2.3 million people would not have started smoking.

Earlier this year researchers in the Oral Health Sciences Centre at PGIMER published a peer reviewed study on the online availability of herbal cigarettes and bidis in India. One of the pioneering research studies on herbal smoking products, it highlighted their increased popularity especially among young people. “These products are being marketed as health-promoting products, which is a matter of great concern,” said Prof Krishan Gauba who is head of the centre.

The researchers found that inexpensive herbal cigarettes and bidis are widely available online and are often marketed as a ‘safer’ and ‘healthier’ alternative to cigarettes, besides various other unverified claims. “The fact is that though these products do not contain any tobacco or nicotine, they have other potentially harmful substances, and may act as a gateway product to using conventional tobacco products,” stated Dr Arpit Gupta, a faculty member at the institute. He called for urgent regulations on the sale and marketing of these products.

The team’s analysis of 73 retail websites revealed that nearly two-thirds sold herbal cigarettes, 12% sold herbal bidis, and 26% sold herbal shisha or hookah. To the researchers’ astonishment, most of these products were being sold in the ‘healthcare’ category.

Prof Ashima Goyal of the PGIMER said it was unfortunate these products were being sold online as a ‘safer’ alternative to tobacco smoking without any age restriction or verification on the pretext that they are nicotine-free. The study emphasises that herbal cigarettes, bidis and hookah do still contain potentially harmful chemicals, and the exhaled carbon monoxide may affect people in the immediate vicinity.

The study points out that public health policy in India has overlooked herbal products so far.

On hookah bars and their popularity with young people, Chandigarh’s director of health services Dr Amandeep Kang said it was well known that tobacco and nicotine cause constriction of the blood vessels, affecting all organs from head to toe. “The health risks of smoking through a hookah include exposure to toxic chemicals that are not filtered out by the water, and risk of infectious diseases including tuberculosis and the recent corona infection, as hookah smoking is a social activity,” she said.

An hour-long session of hookah can be as harmful as smoking 100 cigarettes, said Dr Pankaj Chaturvedi from the Tata Memorial Centre, Mumbai. He said that according to the World Health Organization even tobacco-free or flavoured hookah can be harmful to health, as the smoke is filled with carbon monoxides and other harmful carcinogens.

“Hookah bars are marketed as a ‘happening place’ to youngsters although they serve deadly products,” said Dr Rakesh Gupta, an oncologist representing the Rajasthan Cancer Foundation. “They also serve alcohol, food and offer live music etc. Many types of flavours are added to attract youngsters. A survey done in 2013-2014 found that 79% of youth aged 12-17 smoked hookah because of the flavours,” he said.

Justice Iqbal Ansari of the Punjab State Human Rights Commission said that in February the commission had dwelt on the human rights dimension of tobacco control. Calling for the framing of strict laws to eradicate tobacco use, he said there was a need to understand the perception of law-enforcing agencies on the human rights violations perpetrated by the tobacco industry and tobacco consumers. “We need two kinds of support - legal support and judicial support. Judicial support comes in the light of legal support. If you do not have the provision in the law - making smoking an offence - then judiciary cannot stop it,” he underlined.

“The WHO reports that tobacco use and exposure to second-hand smoke kills more than seven million people each year. By seeking to tackle the tobacco epidemic, the WHO Framework Convention on Tobacco Control is not only a tool to combat the adverse effects of tobacco on the right to health, but also to protect the very human right to life,” said Dr Sonu Goel in his address.

Behavioural scientist Dr Mira Aghi dwelt on the violation of women’s human rights by the tobacco industry, saying that women are misinformed about the health implications of smoking and are often unaware of the fact that smoking affects their reproductive system. [Research also shows smoking damages men’s reproductive health including damaged DNA, sperm quality and hormonal disorders.]

“We need to explain to the stakeholder the link between fundamental human rights violations due to tobacco use and the right to tobacco control. States and citizens must be empowered with the knowledge, resources and ability to claim their rights and resist the tobacco industry’s ‘corporate social responsibility’, ‘corporate social investment’ or outright bribery that can inhibit the realisation of such rights,” said Dr Rana J Singh.

“Hence, a human rights based approach to tobacco control is perhaps an important strategy in the current circumstances and in times to come.” 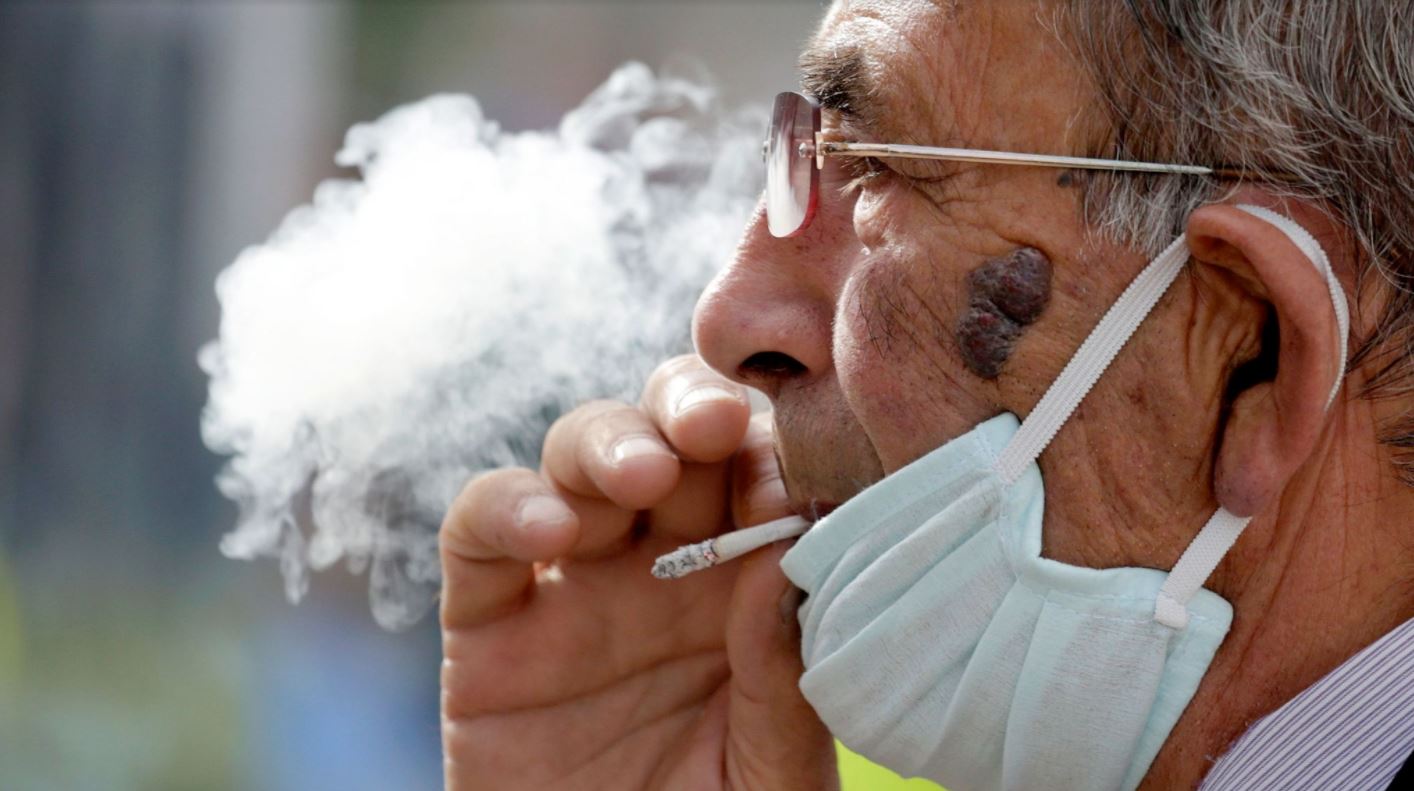 Violence, Militancy and Terrorism: A Way Forward 23 hours ago

Internet Expenses Keep Many Out of School, Meals and Social Equity Also Take a Hit 23 hours ago

Mongoose Turned to Paintbrush Bristles in Howrah Villages 1 day ago

‘They Treat Us Like Animals.’ Drug Use Myths Make it Hard to Get Help

‘Anything We Could Sell for Money, We Sold to Save My Dad. We Even Put Our House for Sale’