Open letter to the PM by former civil servants

We, a group of former civil servants from the All India and Central Services, with a deep commitment to the Constitution of India and with no political affiliations, have written to you as well as other constitutional authorities on a number of occasions in the past, whenever we felt that executive actions violated the provisions of the Constitution.

Today, in the midst of the Covid pandemic and the suffering that has engulfed the people of our country, we write to you in anguish as well as in anger. We are aware that this pandemic threatens the entire world and is not going to leave the citizens of India untouched. And yet, what numbs our senses daily is not just the cries of the citizenry for medical assistance and the death toll in its thousands but the manifestly casual attitude of your government to the magnitude of the crisis and its implications for the mental and physical health of the community of Indians.

The steady erosion of the Cabinet system of governance, the worsening of federal relationships with the states, especially those governed by parties opposed to the party ruling at the centre, the lack of informed consultation with experts and Parliamentary committees, the failure to take the timely advice of expert committees and the absence of effective coordination with state governments have had disastrous consequences for the poor and disadvantaged and now for the better off sections of society as well.

Despite warnings from the international community and our own scientists, the breathing space between the first and the second waves was not used to augment critical resources such as medical staff, hospital beds, oxygen supplies, ventilators and drugs and other medical supplies. Even more inexcusably, no advance planning was done to secure adequate stocks of vaccines, despite India being one of the major vaccine suppliers to the world.

The complacency displayed by you and your ministerial colleagues at various forums not only diverted attention from the looming threat but probably also contributed to both state governments and citizens letting down their guard at a crucial juncture. As a result, your Atmanirbhar Bharat is today compelled to seek the help of the outside world to lessen the agony inflicted on its own people by your government.

Right from the outset of the pandemic in March 2020, your government has never systematically assessed the funds that state governments would need to tackle the pandemic. The PM-CARES fund was set up when there was already a Prime Minister National Relief Fund in place. No disclosures have been made regarding the funds collected and the expenditures on various items. This fund attracted to itself moneys which would otherwise have gone from corporates and the public to the various CM Relief Funds and to NGOs.

Your government has not been prompt in paying outstanding GST dues to the states, which could have helped them defray Covid care expenses. At the same time, your government has incurred unnecessary expenditure on the Central Vista redevelopment project; these funds could well have been more gainfully used to tackle the crisis. On top of this, the harsh restrictions imposed on NGOs, especially those obtaining foreign contributions, have hampered their efforts in providing relief during the pandemic.

While the holding of elections to the legislative assemblies of four states and one union territory may have been unavoidable, you, Mr. Prime Minister, and your party functionaries threw all caution to the winds by conducting huge public rallies in different states, when a restrained campaign by your party would have served as a salutary example to other political parties.

The Kumbh Mela at Haridwar was conducted with scant regard for Covid safety regulations. With two such “super spreader” events taking place just when the second surge of the virus was becoming a major threat, we are now witnessing the horrifying spectacle of the rampant spread of the Covid virus across the rural hinterland of the country.

We urge the Government of India to take the following actions immediately:

. Provide for free, universal vaccination to all citizens of India. Government of India must centralize the procurement of vaccines from all available sources and supply them to state governments and all other implementing agencies.

. Coordinate effectively with state governments to ensure the adequacy of oxygen facilities, essential lifesaving drugs and equipment and hospital beds in all States of the country.

. Greatly ramp up RT-PCR testing in both rural and urban areas.

. Make adequate funds available to the States for provision of medical facilities and stop expenditures on non-essential items like the Central Vista redevelopment project.

. Draw on the existing surplus foodgrain stocks to provide free rations to the families of the marginalised and deprived sections of society as well as unorganised labour who have lost their employment opportunities until the ferocity of the pandemic and the hunger and livelihood crisis abates.

. Fully provide, in consultation with state governments, for existing nutrition schemes for school going children and supplementary nutrition for mothers and children in the pre-school age groups.

. Provide a monthly income support for the current financial year to the needy sections of society to enable them to meet contingent expenses and unforeseen emergencies. Economists have recommended ₹ 7000 per month per household, equivalent to minimum wages.

. Immediately remove the FCRA restrictions imposed on NGOs so that they can avail of funds provided by foreign governments and charities for Covid management and other related activities.

. Place all data in the public domain and ensure that evidence-based policy measures are implemented.

. Constitute an all-party committee at the central level to advise on and review all government decisions and monitor the control of the pandemic in different areas of the country.

While the above constitute actions to be taken at the politico-administrative level, the most important action relates to building up the confidence and morale of a population hard hit by the loss of their near and dear ones. Compassion and caring have to be the cornerstones of government policy. History will judge our society, your government and, above all, you personally, on how effectively we handle this crisis. 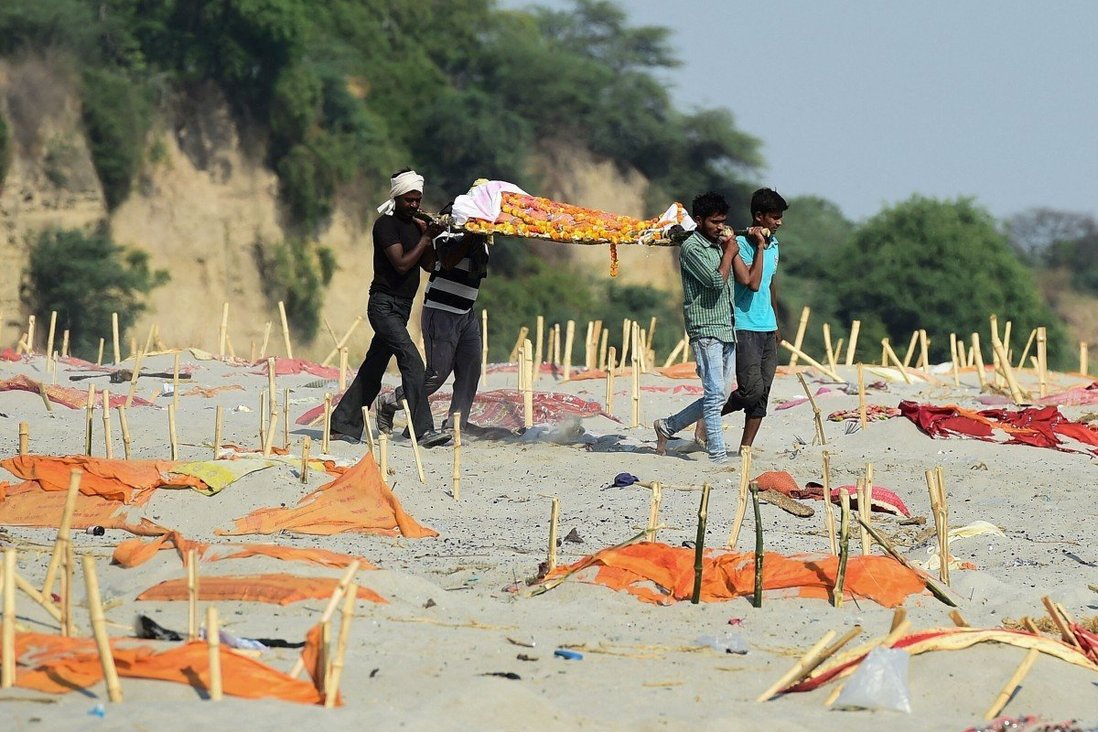