The second wave of the deadly Coronavirus has left the country devastated, with acute suffering and deaths largely because of unpreparedness, poor health infractructure with an acute shortage of oxygen and medicines as the surge peaked across cities, and moved into the villages. There was little difference at one stage between reports from the national capital Delhi and say Meerut, with deaths mounting as relatives (often ill themselves) scoured the hospitals and chemists for life saving oxygen and medicines and beds. The crisis is far from over, and already Maharashtra is prepping for a third wave as 8000 children have died of the virus in May itself. And scientists have warned this third wave impacting more on children than others, which clearly the state governments feels might well have begun even before the second is over.

Meanwhile the virus has seeped into every other home, if not every home with people suffering life changing losses. The central government has found to be wanting, and in the states only a few have managed to earn respect for their handling of the pandemic. Maharashtra, Kerala, Punjab of course come immediately to mind. Delhi, after being hit by a sledgehammer, seems to have recovered somewhat and has brought the positivity rate to about 1.5% with the figures of Covid infected dropping for the first day in a horrific two months, to below 1000. However, this is largely because of the lockdown but it does seem from Chief Minister Arvind Kejriwal’s own statements that his administration has managed to use the time to prepare hospital beds, and stock up on life saving essentials.

He has also shown sense in lifting the lockdown gradually, first for factories and construction sites to give some relief to the workers.

In the midst of this the conflict triggered by the anti-allopathy comments by Yoga expert Ramdev is highly unfortunate, and completely unnecessary. The tone of the remarks, and the allegations of allopathy not being able to cure Coronavirus victims has very understandably triggered anger amongst the doctors and health workers who have been treating the patients at grave risk to their own lives. Many have died as a result, many others have fallen sick, and yet the work has gone on without even the basic health infrastructure to make their task easier. It is the allopathic doctors and nurses who had faced the brunt of patients ire, being the most visible faces on the job. Hospitals have literally begged for oxygen and medical supplies with doctors expressing anguish over the manner in which they have seen patients die.

It is sad that Ramdev, after an initial backing off, has returned with 25 questions and in the process placed more stress on the overworked health system. Some have tried to project this as an allopathy versus ayurveda conflict that several senior doctors have refuted, saying that this is absurd and that many of them prescribe ayurvedic medicines as well to supplement the allopathic treatment. They have pointed out that their quarrel is with the criticism and the dismissal of their work and not with other forms of medicine. And the fact that so far it is only science and scientifically proven medicines and regimen that has helped in containing this deadly virus. Doctors have been warning against the quackery also on display in these times, and urging people to stick to science and medicine.

It is imperative thus, for the government to give direction to the citizens and ensure that the best medical treatment is made available to the people. So far there is no evidence of any ayurvedic or unani or any other cure, and it is imperative to clear the fog of ignorance, fear and superstition that seems to be enveloping not just villages but also people in the towns and cities. Many have refused to take the vaccines because of fear and superstition, many go to hospitals only when it is too late to be saved, many others do not even recognise the disease and continue infecting others. The central government along with the states should launch an awareness campaign on a war footing, clear the myths, and ensure that the people understand the science that alone can contain the spread of this debilitating disease. 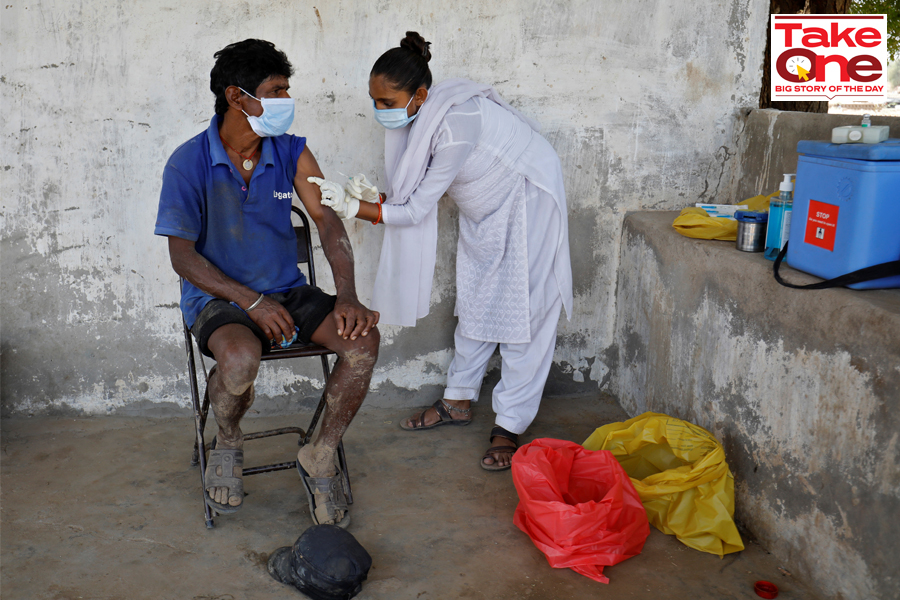 Limits To Power - Taliban In Kabul, Jailbreak In Israel 7 hours ago