Every Doctor is Here to Save and Not to Kill

Just as things were coming back to normal, getting back to doing what we actually wanted to in our residency, alas the excitement was short lived.

COVID cases shot up like a bullet fired into the sky and again we all were put back on COVID duty from our departments. Back to wearing PPEs, back to working in shifts, back to the dreaded fear of entering COVID wards.

But this time the experience was horrific needless to say, people suffering in despair to earn beds, watching people die every hour was painful, physically strenuous and mentally exhausting.

I know it took a toll on so many of my fellow doctors and healthcare staff. Yet we stood bravely, fighting it out to save as many as we could, despite knowing the scarcity of resources which we had to combat everyday.

The summer heat with PPE kits was not easy. Mental drain, fatigue and headaches post duties were a common thing, but knowing that all this was for a cause kept us going.

How many of my colleagues I know, who stopped going home, stayed back in hostels, completely isolating themselves from their loved family members to keep them safe..

Life isnʼt and was never easy. No one asked for incentives, no one asked for accolades, cause this was what we wanted to do. We were not paid extra to do what we were doing, it was just passion which kept us all going.

In the midst of all this, you see a baba making a mockery of your efforts which is quickly followed by people brutally beating open a doctor’s scalp. In the end you are left wondering, was it all worth it for this?

Today as we are moving likely to the end of the second wave, with cases showing a downward trend and the chaos settling, the tough times have definitely revived the old existing debate of ‘violence against healthcare workers’ and ‘allopathy vs ayurveda’.

Coming to the first, though it sounds nothing new, deep introspection is the need of the hour. An Indian Medical Association survey reveals around 75-80% of doctors have experienced some sort of violence either verbal, physical or cyber intimidation, a disquieting trend in a country that already struggles with fractured histories of healthcare services.

The second COVID wave has brought the health infrastructure to its knees and to rub salt in the wounds comes the ghastly and inhuman violence we are seeing. It is indeed true that the loss of a loved family member is painful, and most incidents of violence do likely result from impulsive patterns of behaviour, yet it is saddening to see healthcare staff bear the brunt of failure of the healthcare system at various levels.

We all remember the incident of a popular media house pointing fingers at the doctor for being unable to see an inpatient in time at a government hospital in UP, but we question neither the poor doctor-patient ratio in this country nor the failure of administrative lapses.

How many times do you see a frustrated citizen of this country beat up an administrative officer on duty, whether a politician, police officer or IAS officer? It never happens because strong laws and fear protect the elite class.

Doctors though have been in the center of this mess, some losing life, some losing time to spend with loved ones, some losing years of residency, some battling mental fatigue, again being made to go through the additional stress of being beaten up only because we are at the forefront of breaking the bad news.

To make matters worse were again the unnecessary stunts made by a baba just to promote his brand of practising health.

People need to realise the importance of differentiating between Prevention and Cure. Yoga is known to prevent diseases and promote health and I can with all sense of dignity say that no doctor practising Allopathy can have discouraged any of their patients from practising it. The explosion of non-communicable diseases we are seeing in India whether diabetes, hypertension, dyslipidemia or fatty liver all revolve around the central concept of promoting healthy lifestyles, and yoga and ayurveda have played important roles in preventing such diseases.

But nowadays it is saddening to see people fall prey to cheap tactics of claiming cure for diseases like terminal stage cancers or lung fibrosis.

How many times have we seen patients coming to doctors at late irreversible stages of disease, just because someone assured you a cure from the illness, only for the doctor to be blamed for any unfortunate incidents which are bound to happen.

Allopathy practices evidence-based medicine based on studies and published facts and no tall claims are made by anyone practising it outside its purview, unlike others who release videos of apparent cure of diseases as evidence.

Projecting health workers in bad light, claiming they have killed more people in this pandemic with drugs is the most bizarre and baseless claim to make.

And if data are to be analysed, most of the corporate hospitals are run or owned by corporate bigwigs and business tycoons, while doctors are frequently blamed for minting money from this pandemic.

People need to realise that doctors are in fact just paid employees like any other staff and not profit makers as alleged.

Such incidents only break the morale and compassion of healthcare workers. Every time an incident of violence is reported it makes us wonder and compels us to take a few steps backward in managing patients.

Medicine is all about taking quick and bold decisions with the intent only to save and do better, but such incidents make us overly cautious and constrict quality care.

Lastly not to forget the impact it can have on yet-to-be and budding doctors who may never want to take up such a noble profession.

Though no doctor would like to impose strict rules on the grief-stricken relatives and guardians of patients, the trend of healthcare violence is rising and I hope the central government takes note and imposes central laws under IPC sections to combat this menace, and takes note of our protests for this long asking demand.

With the reports of a third wave being inevitable, and doctors gearing up for another battle, hope people realise that EVERY DOCTOR IS HERE TO SAVE AND NOT TO KILL. 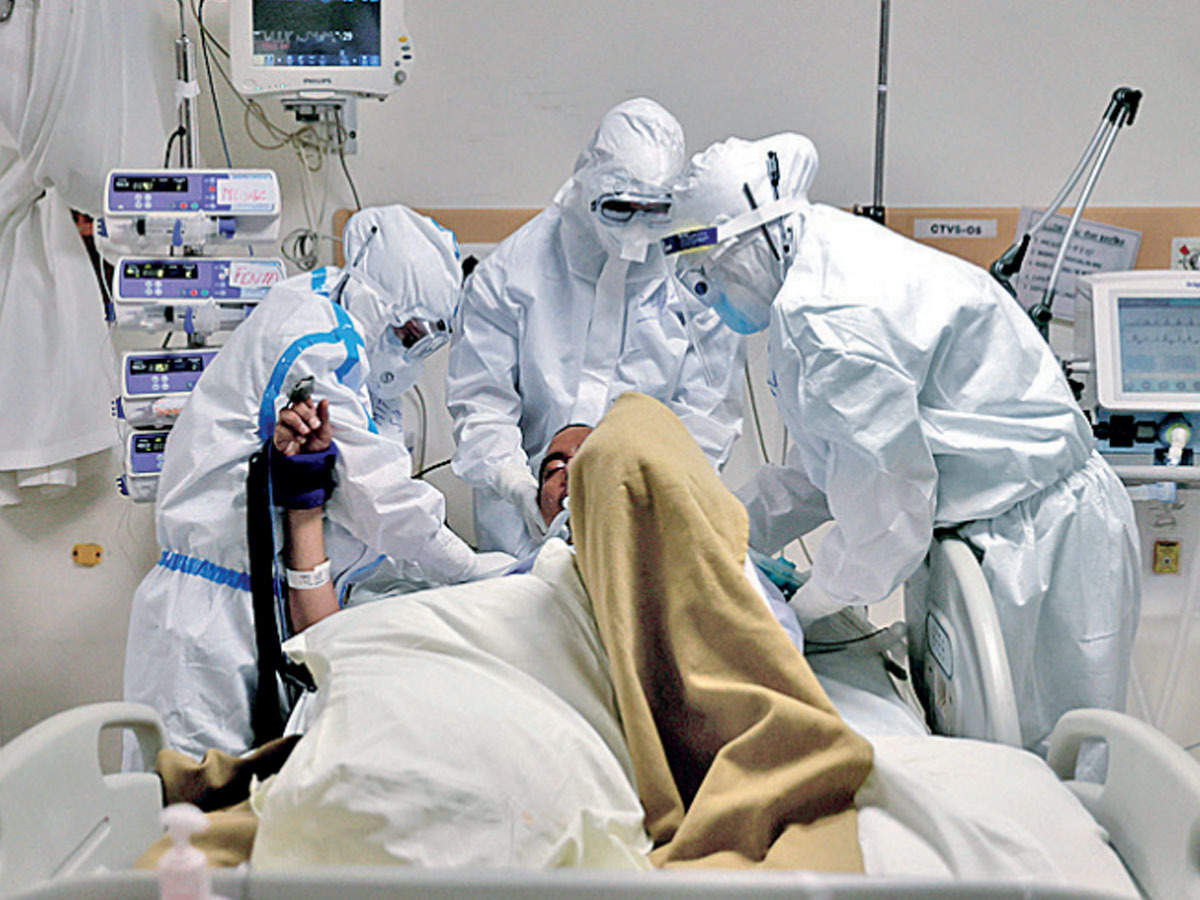