Over 2500 doctors were taken from the ITO protest site and detained at the Rajendra Nagar Police Station while they were peacefully protesting on the side of the road.

He said that the police arrived while they were protesting silently, and asked them to vacate the place, and threatened to detain only the five leaders of the protest.

“They wanted to detain me. They were dragging me towards the bus. Then the other resident doctors sitting over there started resisting,” Dr. Manish said. They were detained for about four to five minutes and then let go, he said. Many of the protestors sustained minor injuries and were in need of medical attention.

The strike was undertaken again on November 27, after repeated requests from the FORDA (Federation of Resident Doctors’ Association) and FAIMA (Federation of All India Medical Association) since September to expedite the counselling process for new admissions, so that the burden on the current doctors may be eased.

The entrance exams for NEET-PG were conducted in September after two delays due to Covid, following which the results and counselling should have been conducted within four weeks, as was promised by the Union Health Ministry. However, no action has been taken as yet.

The protesting doctors also pointed out that amid the reemerging Covid crisis, this shortage of doctors could have a dangerous fallout for public health standards. Since a large number of Indians rely on public healthcare as private treatment is often too costly, this is an issue of grave concern.

Many resident doctors associations in Delhi (including those positioned in emergency wards) have boycotted work to offer support for this movement.

The Health Ministry has maintained that the delay is due to a reservation amendment that is being chalked out in favour of admissions from the economically weaker sections of society. Health Minister Mansukh Mandaviya has also expressed regret for the delay, as well as for the treatment meted out to the protesting doctors by the law enforcement. The matter of counselling is pending before the Court and will be heard on January 6, 2022.

The resident doctors themselves are not against a quota, but are requesting that the counselling process be held as soon as possible so as to bring in more doctors into the workforce. Leading the strike in Delhi are resident doctors from Safdarjung Hospital, Ram Manohar Lohia Hospital and Lady Hardinge Medical College, among others.

Dr Manish said that no new admissions of resident doctors have taken place this year, and about 45,000 eligible doctors across the country are awiting counselling at this time.

Dr. Manish met with the Health Minister on November 27, and was assured that the matter would be brought up before the Supreme Court within the week, and an early hearing would be requested. However, this did not happen.

When the protest was called off on December 3, on the behest of the Union Health Ministry, “We gave them a timeline of one week,” says Dr. Manish, “after which we would go for complete shutdown. We had given him time till 16th of December. Then again, it didn’t happen.”

When no action was taken even post this deadline, “So on 17th of December we started a protest with complete shutdown of routine as well as emergency services,” he said.

Dr. Manish added that a written assurance was requested from the Health Ministry since the verbal assurance has not borne fruit thus far. But the request was denied since the matter is still subjudice.

“He had a press conference in his office,” he said, speaking of the meeting Mandaviya called for on December 28, “He assured us that on the 6th of January, that is the next date of hearing at the Supreme Court, the government will try its best to get a counselling date.”

“The problem is the resident doctors who are currently working in the hospital (Safdarjung Hospital) - they have to work for 36 to 38 hours in one duty. So they are very much exhausted. And this has been the case since the first Covid wave, it’s going to be two years now that they are working continuously for 36-38 hours. And there is no manpower,” Dr Manish said.

Dr. Manish also made a point to mention that the doctors are awaiting an apology from the police. “That has not come yet. Moreover, we got to know that an FIR has also been filed (at the IP estate police station), we want that to be scrapped.” 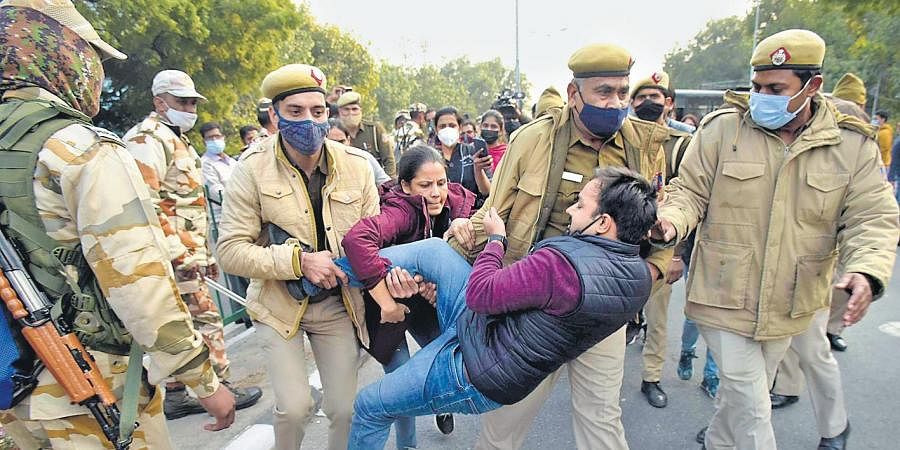