A Tribute to Tabu — ‘Andhadhun’ in Los Angeles

‘Andhadhun’ is a film that hits an all-time high here

Tabu is unusual and distinct in the way she perceives stardom or living with it, in fact, the word ‘star’ does not aptly fit the place she holds in Indian cinema. She remains a respected diva in the more exalted but less understood sphere of a character actress. Tabu retains this limelight in her own way: distinctly individual, selective in the roles she takes on, and private in her style of living. Her acting career demonstrates her prowess and range, she is in a class by itself.

Looking at Tabu’s films establishes how expertly she can twist, turn and impact the audience with the malleability of her talent. ‘Andhadhun’ is a film that hits an all-time high here: her presence adding a feline, high-octane excitement that ignites the screen. IFFLA pays tribute to Tabu at its Opening Gala, alongside a moderated discussion with her and director Sriram Raghavan, after a screening of the film.

‘Andhadhun’ is a murder mystery with an interesting twist, about those who can see through their eyes and others who seem not to. Tabu plays a self-assured and scheming wife, who stays cool and controlled even as her nefarious plan goes into a spin. The journey for this critically acclaimed black comedy thriller hasn’t quite ended. Co-produced by Viacom18 Motion Pictures and Matchbox Pictures, and distributed internationally by Eros International, ‘Andhadhun’ has the distinction of now releasing in China under the title of ‘Piano Player’. 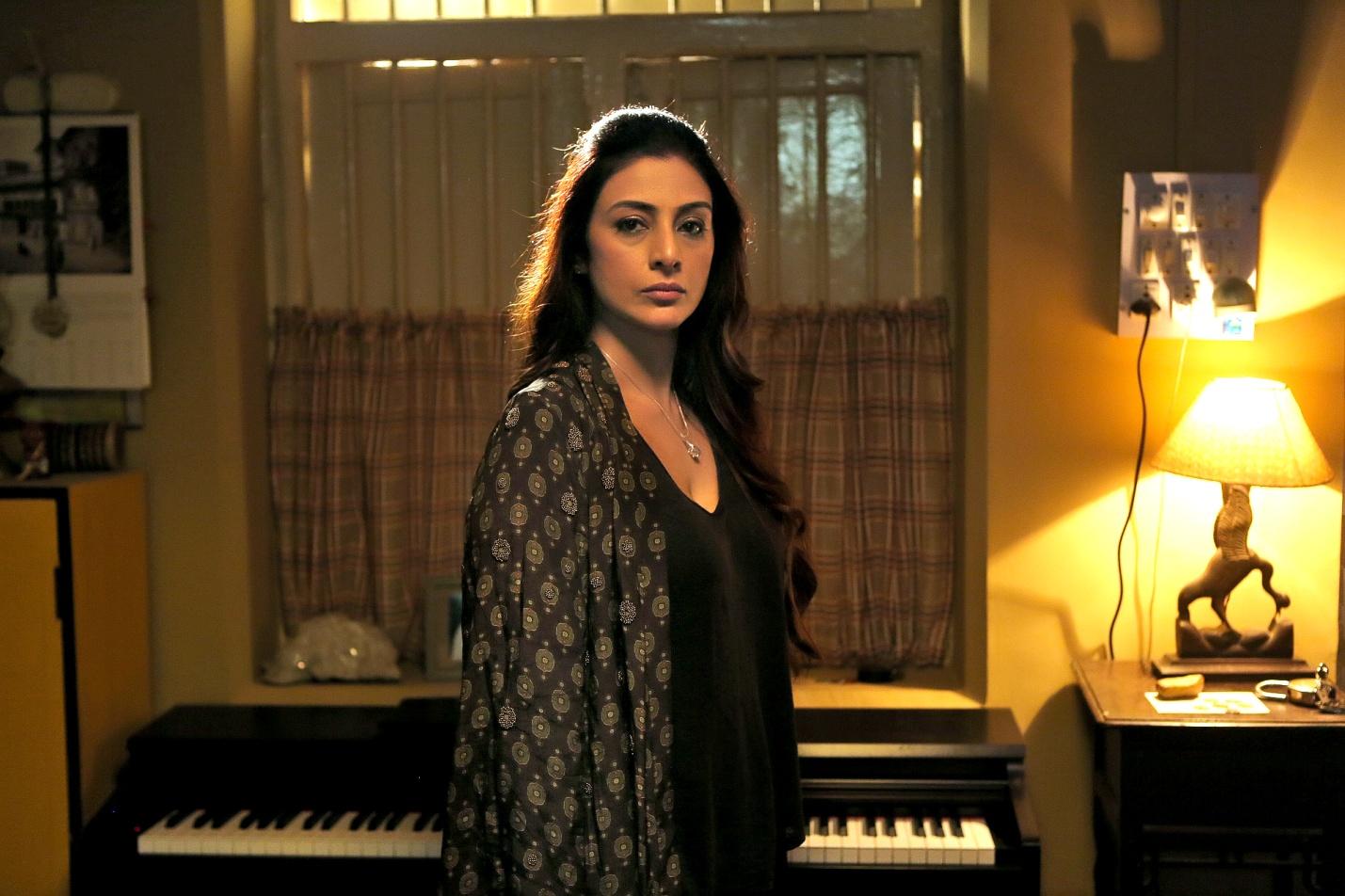 Playing one of the film’s leads, Tabu comes from a family of educated and career-minded women. Her mother (Tabu’s parents divorced when she was young) was a school teacher and her maternal grandparents were professors — one of them in mathematics. Her family also ran a school. The love of acting seems to run in the family. The veteran actress Shabana Azmi is her aunt.

Acting came into the family when Tabu’s elder sister Farah Naaz took to it. Tabu made her screen debut at age eleven in the 1982 Boney Kapoor film, ‘Bazaar’. Three years later she was seen in ‘Hum Naujawan’ (We Are Youngsters, 1985) directed by Dev Anand. Her breakthrough came in the Telugu film, ‘Coolie No. 1’ in 1991. Her first major role in Bollywood was in Boney Kapoor’s big-budget project ‘Prem’ (Love, 1995), eight years in the making and finally a dismal box office failure. By then, however, Tabu had made her name and her career blossomed.

Tabu made an impact with Farogh Siddique’s ‘Vijaypath’ (Path of Victory, 1994) starring Ajay Devgn, which spiralled her appearance in big-budget studio films. In 1996, her success accelerated with both Gulzar’s ‘Maachis’ (Matches) and Priyadarshan’s Malayalam film, ‘Kaalapani’ (Black Water).

The following year, she starred in a slew of films including Priyadarshan’s ‘Virasat’ (Inheritance), Kamal Haasan’s ‘Chachi 420’ (The Trickster Aunt), and JP Dutta’s ‘Border’. Success never left Tabu, and the actor has scored even in comedy with consistent hits such as ‘Biwi No 1’ (Wife No 1, 1999) directed by David Dhawan, and Priyadarshan’s timeless ‘Hera Pheri’ (Chicanery, 2000). Besides Hindi and English films, she has appeared in films made in Tamil, Telugu, Malayalam, Marathi and Bengali.

Tabu has established herself on the international film scene as well, starring in Mira Nair’s well-received ‘The Namesake’ (2006) and thereafter Ang Lee’s ‘Life of Pi’ (2012).

After her lead role in ‘Drishyam’ (Visuals, 2015) alongside Ajay Devgn, she appeared in Abhishek Kapoor's ‘Fitoor’ (Madness, 2016), essaying the character of Ms Havisham from Charles Dickens’ Great Expectations. She will be reunited with Devgn in her coming release, 'De De Pyaar De' (Give Me Your Love), directed by Akiv Ali. She will also be seen in Ali Abbas Zafar’s 'Bharat'.

Sriram Raghavan — following his own tune 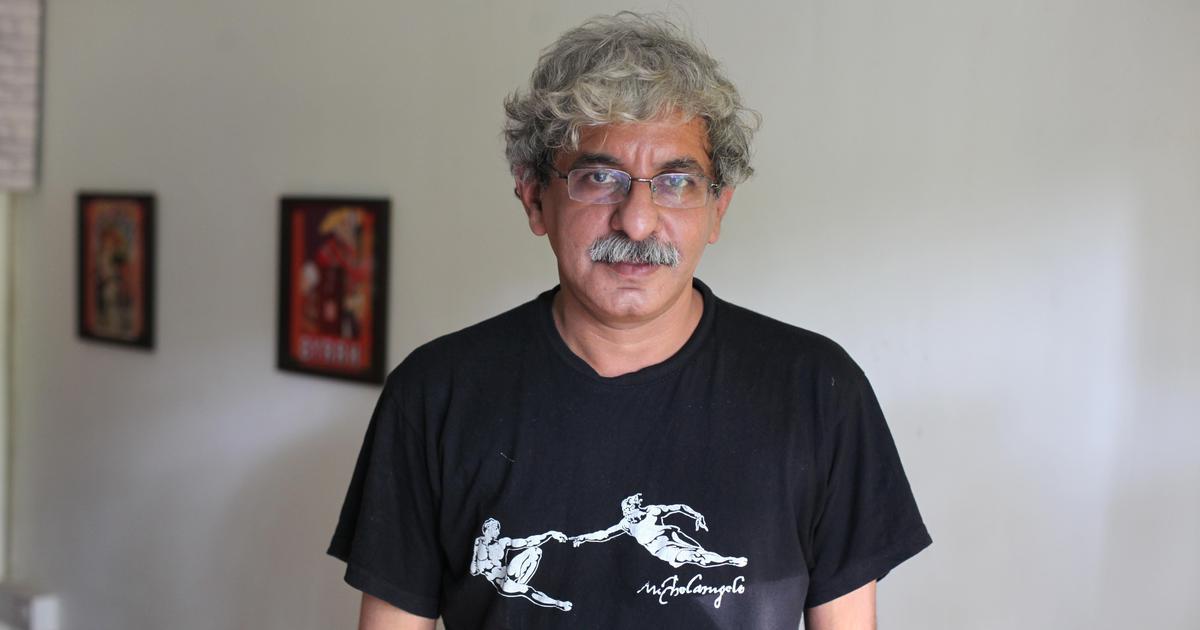 Plaudits seem to come easily in the wake of Sriram Raghavan. ‘Andhadhun’, his most recent, even more than his other five films, has had a dizzying measure of commercial and critical success. However, for the director himself, ‘Andhadhun’ was a change of tone from the intense ‘Badlapur’ (2015); the film, says Raghavan, grew out of “taking a little mad idea and making a movie". The statement could be seen as the credo behind all his widely popular work.

Raghavan, born in Mumbai in a Tamil family, was raised and educated in Pune. His love for the movies came from his mother, an avid filmgoer. His father was a botanist. Raghavan quit his first job as a film journalist with the magazine Star Dust quite early. Despite his initial reluctance, Raghavan finally joined the reputed Film and Television Institute of Pune (FTII), a decision for which he has remained eternally grateful. He is also one of FTII’s rare graduates to have proved his merit on his own terms in glitzy Bollywood. Another in the same vein is his batch-mate Rajkumar Hirani, who edited Raghavan’s diploma film, ‘The Eight Column Affair’ (1987), which won India’s National Film Award in 1988.

As a screenwriter and director, Raghavan’s penchant for the darker side of life that links to crime, greed, deceit, murder, emotional instability and the like, was evident from the start. He was to an extent involved in the making of the popular, long-standing cop-and-crime TV series, CID and Aahat, as well as an episode in the hit Star TV series, First Kill. However, fresh out of FTII, his film career began with producing a 69-minute docu-fiction on the life of the Indian serial killer Raman Raghav, a film that has its own distinct fan following.

It also led the leading film director-producer Ram Gopal Verma to back Raghavan’s first feature film, ‘Ek Hasina Thi’ (2004), starring Urmila Matondkar and Saif Ali Khan. Raghavan describes the film as ‘a love story gone sour’. Each one of the films that followed, one different to the other, made an impact.

Raghavan went on to write and direct the critically-acclaimed caper ‘Johnny Gaddar’ (2007), a story of a heist gone wrong, which introduced actor Neil Nitin Mukesh. He then made ‘Agent Vinod’ (2012) a spy thriller, starring Saif Ali Khan and Kareena Kapoor. The crime-thriller ‘Badlapur’ followed, with Varun Dhawan (his first role outside of comedy) starring alongside acclaimed actors, Nawazuddin Siddiqui, Huma Qureshi, and Yami Gautam. The film established Raghavan’s box office credibility as well as his mainstream recognition.

‘Andhadhun’ has hit the top of many best-of-the-year lists, which strikes a reassuring chord on two levels. Abroad, Bollywood is now open to getting top billing at leading international film festivals. At home, Bollywood could be ready for change, looking at creativity in content besides stars and conventional scripts.