With 303 films from 85 countries, the Busan International Film Festival (BIFF); one of Asia’s largest film festivals; is now in its 24th edition. Being held from October 3 to 12, BIFF boasts of a range of Indian films emanating from the country’s multi-layered regions. What’s more, many of them are world premieres.

BIFF highlight this year centres around music maestro A R Rahman’s live performance scheduled for October 9. Besides, on the brink of being revealed are names of Indian actors due to receive awards. The films from India are wide-ranging and exciting in genres and regional themes, and many are international or world premieres. A retrospective on celebrated female film-makers features Canada-based Deepa Mehta. Also included is the latest work from festival favourites like Gurvinder Singh and Alankrita Srivastava. This year has an impressive total of 18 Indian films.

The Busan International Film Festival (BIFF), previously Pusan International Film Festival ( PIFF), held annually in Haeundae-gu, Busan, South Korea, is one of the most significant film festivals in Asia. The very first international film festival to be held in Korea, it took place 13 to 21 September 1996. Its focus was to introduce new films and debut directors, especially those from Asian countries. Another notable feature was its intention to present a festival that would appeal to the young masses, both in terms of the large youthful audience it attracts through its efforts to develop and promote young talent. Anyone who has attended BIFF comes back impressed with its huge audience who range from teenagers to the late twenties. The cinema halls are full to capacity. The atmosphere prior to the film is charged with anticipation and excitement.

In 1999, the Pusan Promotion Plan (renamed Asian Project Market in 2011) was established to connect new directors to funding sources. The 16th BIFF in 2011 saw the festival move to a new permanent home, the Busan Cinema Center in Centum City. Designed by Austria- based architecture collective, Coop Himmelblau, the impressive structure is estimated to have cost approximately 150 million USD. The overall Cinema Center includes a 4,000-seat outdoor theatre, four indoor screens under an LED-covered roof, media centre, archive space, and conference rooms, allowing the festival to include industry forums and educational activities.

Two films from India will have their outdoor screenings under the subject section.

Making its Asian Premiere is director Shonali Bose’s ‘The Sky Is Pink’, which unfurled first at the Toronto International Film Festival. The family drama from the maker of ‘Margarita with a Straw’ features a stellar cast and heralds the return of Priyanka Chopra Jonas to Hindi cinema. It is based on the true story of Aisha Chaudhary (played by Zaira Wasim), who became a motivational speaker at the age of 13 after being diagnosed with pulmonary fibrosis. 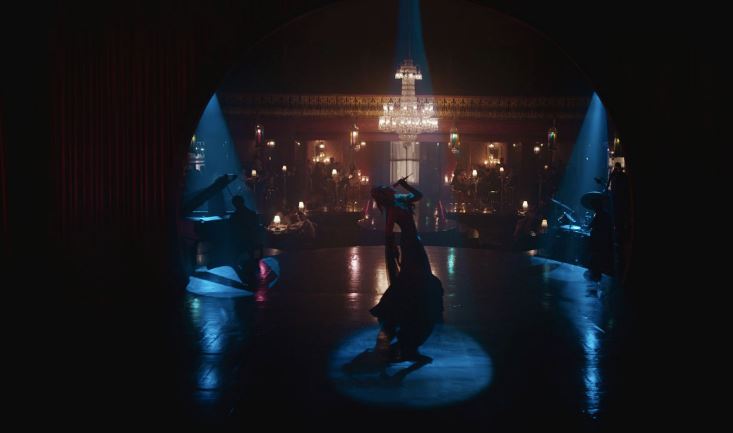 
Directed and scripted by Vishwesh Krishnamoorthy, the musical ‘99 Songs’ is on a struggling musician’s quest to understand his passion and purpose. The film is co-written by AR Rahman and marks his debut as a film producer.

The film will have its world premiere at Busan in his honour. The highlight of the festival will be his live performance at Busan’s impressive Open Theatre with a piano recital ahead of the screening. He has stated that his concert will introduce the audience to the film's music, which he added is integral to the story. Since the film is packed with a lot of songs, he plans on releasing them one by one.

A Window on Asian Cinema

This year, India boasts of 11 entries that will be featured in the section, eight out of which will be world premieres.

National Award-winning filmmaker Suman Ghosh will present the world premiere of his latest film ‘Aadhaar’ at Busan. The film stars Vineet Kumar Singh, known for his role in ‘Mukkabaaz’. ‘Aadhaar’ is a comedy-drama centred on a resident of Jharkhand who becomes the first in his village to have an aadhaar (identity) card. The film is the latest from the Drishyam Films stable, known for its range of acclaimed films.

‘Bombay Rose’, Gitanjali Rao’s debut animated feature continues its festival run after making the rounds at Venice, London and Toronto. After six years in the making, the film follows a love story between two flower sellers in the city of Mumbai, set against the backdrop of the Hindi film industry.

‘Bitter Chestnut’ directed by Gurvinder Singh will have its world premiere at the festival. The film is the director’s account of the time he spent in the town of Bir in Himachal Pradesh, examining migration and reverse migration in Bir, Barot and Baragraan. It is indeed a personal film inspired by the director’s sojourn in the mountains of Bir in Himachal Pradesh where he ran a café. The protagonist, Kishan, worked in the café. 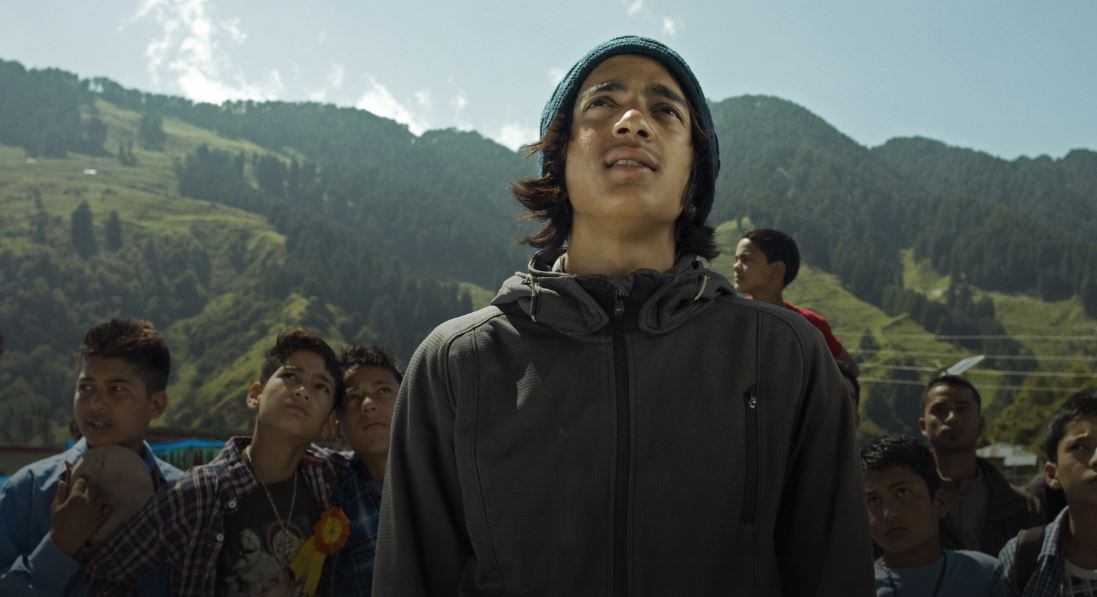 
With an electric cast including Konkana Sensharma and Bhumi Pednekar, Alankrita Shrivastava presents her third feature film, ‘Dolly Kitty and Those Twinkling Stars’. The story follows the secretive lives of two cousins living in the suburbs of Delhi. Busan will mark the film’s world premiere.

After its world premiere at Toronto, Lijo Jose Pellissery’s ‘Jallikattu’ hits the screens at Busan. The celebrated director behind acclaimed Malayalam films like ‘Ee. Ma. Yau’ and ‘Angamaly Diaries’ returns with a bristling story set in a remote village in Kerala where a buffalo escapes and causes chaos and violence.

Documentary filmmaker Leena Manimekalai’s latest tells a difficult tale of oppression, following the lives of the Puthirai Vannar women, considered to be the lowest in the caste hierarchy. ‘Maadathy, An Unfairy Tale’ is told through the lens of one adolescent girl fighting for visibility and will have its world premiere at Busan. 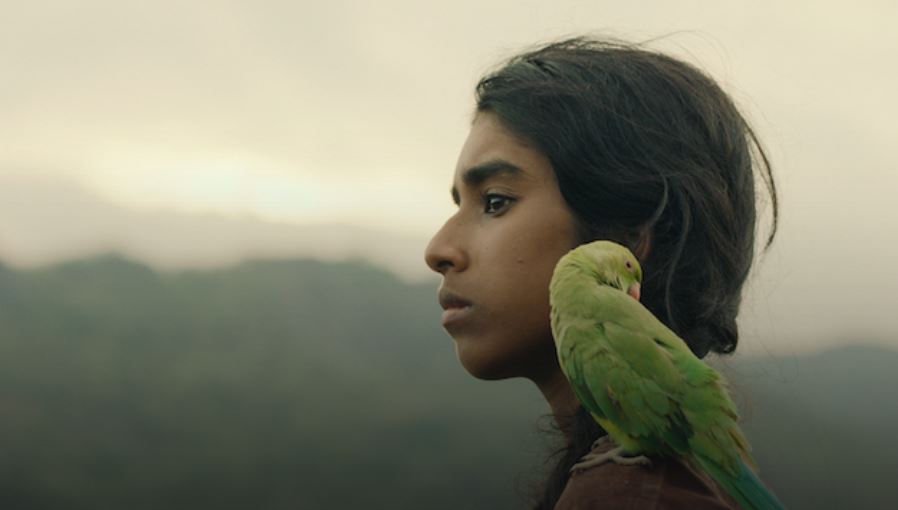 
Two-time national-award-winning director Pradip Kurbah’s ‘Market’, set in Lewduh, Shillong, documents the liveliest market of North-Eastern India through remarkable stories of common people’s innocence. The film is off to a great start as it will world premiere at Busan.

Tannishtha Chatterjee turns director and scriptwriter for her debut feature, ‘Roam Rome Mein’. It will screen for the world at Busan and is definitely another feather in the cap for the celebrated actress. Starring Nawazzudin Siddique and Chatterjee herself, it follows a brother who travels to Rome to look for his missing sister, discovering himself along the way.

National award-winning Bengali director Goutam Ghose’s latest, ‘The Wayfarers’ is a story of two strangers, perpetually on the fringes of survival. Set to have its world premiere at Busan, it is based on the Bengali short story Borshay Ekdin (A Day in the Rain) by Prafulla Roy. The film is lead by an exciting cast of festival-favourites including Adil Hussain, Tillotama Shome and Neeraj Kabi.

Vijay Jayapal’s horror feature ‘Nirvana Inn’ was selected in the 2018 Busan Asian Project Market and will now have its world premiere at the festival. The film follows a suicidal boatman who capsizes his boat and emerges as the lone survivor. Racked with guilt, he flees to become the caretaker of a Himalayan resort and is shocked to see his victims checking in.

Prasanna Vithanage’s ‘Children of the Sun’ will also have its world premiere at Busan. Set in 1814, Vithanage’s film chronicles a noblewoman’s fight for dignity, having been stripped from nobility and forcibly married to an outcast by the monarchy. The Mumbai based production house behind ‘Liar’s Dice’; which was India’s official entry for the Best Foreign Language Film for the 87th Academy Awards; JAR Pictures, teamed up with Film Island, a local production company, for the Sri Lankan film.

Competing with 13 other films from countries like China, Taiwan, Iran, Japan, Vietnam, Kyrgyzstan, Philippines, Iraq, Qatar and Korea is the Indian feature film, Kislay’s ‘Just Like That’. This international competition section features first or the second films by budding Asian directors. Kislay’s film is on a widow’s journey of self-discovery through her attempts to break free from the societal expectations of widowhood.

Sudhanshu Saria’s ‘Knock Knock Knock’ is the only Indian short to be selected and will have its world premiere in Busan. Highly commended for his coming of age feature, ‘Loev’, Saria returns with a psychological thriller that follows the relationship between a Nepali boy and his grandfather. 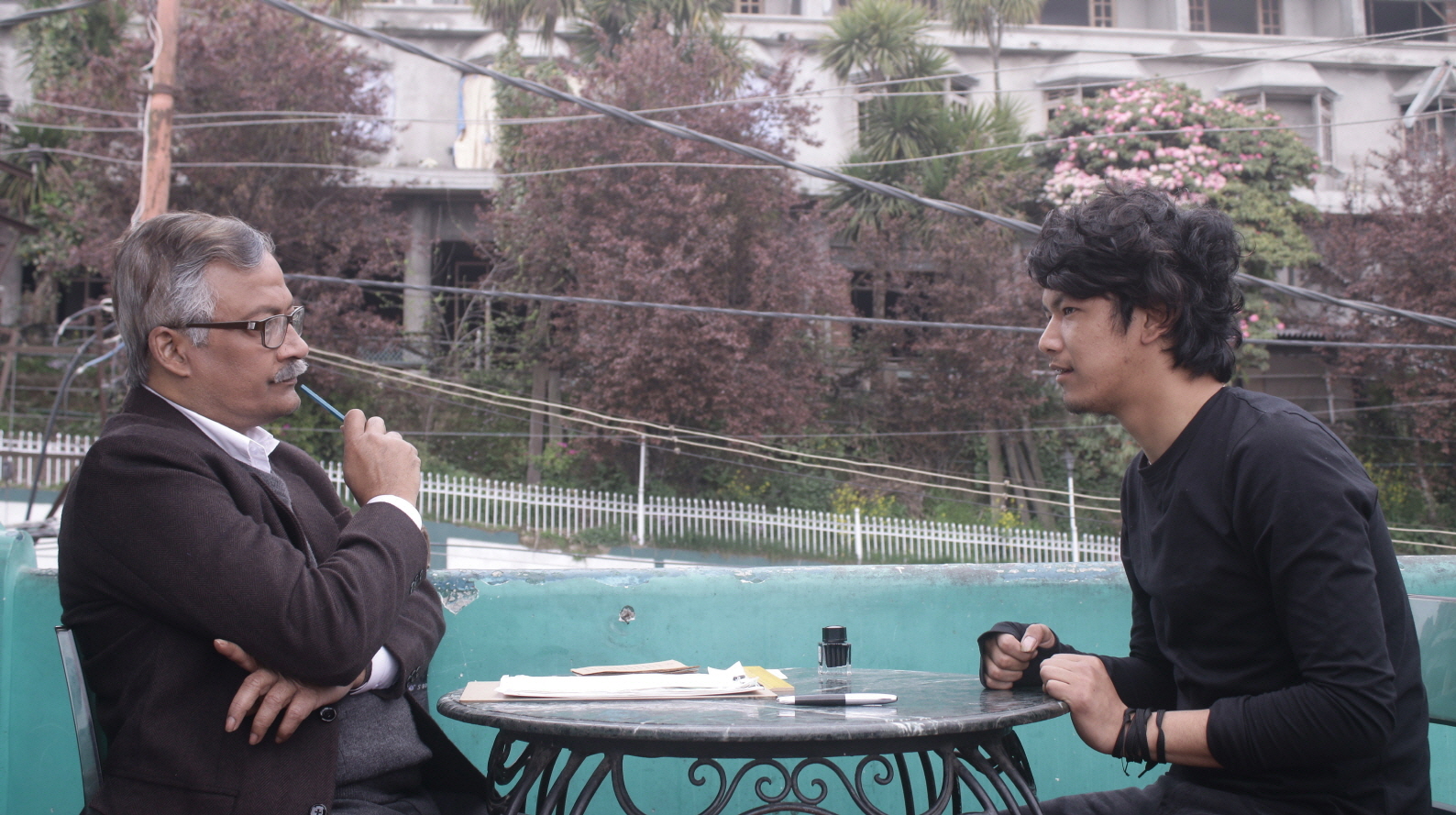 In a special section called “Gaze and Memories – Asia’s Leading Women Filmmakers”; the festival is set to showcase a retrospective of three renowned female Asian filmmakers. From India, it will be screening Deepa Mehta’s Elements Trilogy, along with Trinh T. Minh-ha from Vietnam and Yasmin Ahmad from Malaysia.

The trilogy opened with ‘Fire’, a groundbreaking story which portrayed a lesbian relationship between two housewives in suffocating arranged marriages. Made in 1996, ‘Fire’ was way ahead of its times and garnered its share of controversies too. Then came ‘Earth’, set during the 1947 partition of India. With riveting details, it chronicled the partition-era tragedies and was India's entry for the 1999 Academy Award for Best Foreign Language Film. ‘Water’, the concluding film of the trilogy was perhaps the most contentious out of the three. Set in 1938, it exposed the forced exile of widows based on orthodox Hindu scriptures. 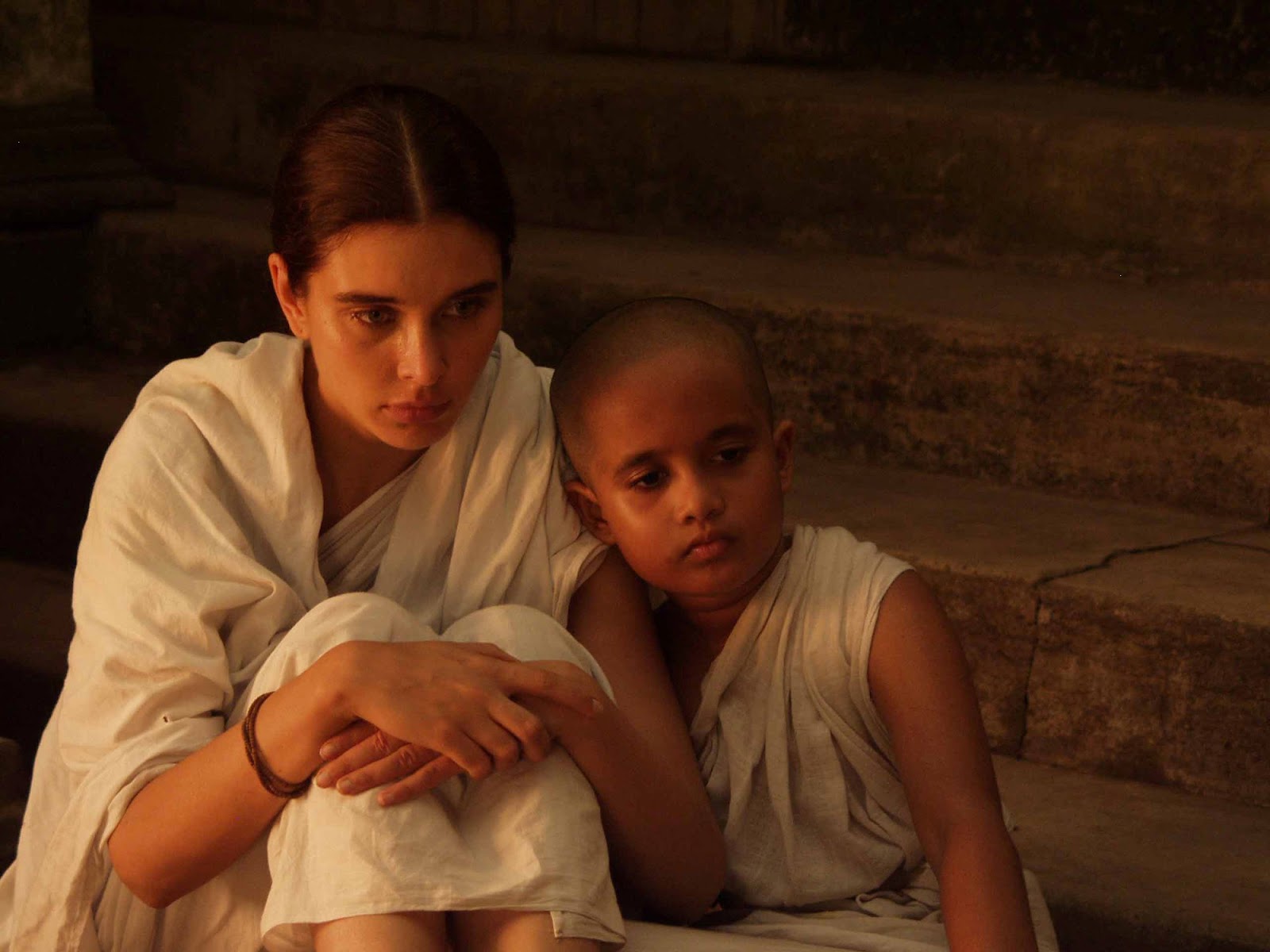 
Mehta’s sets have been vandalised and burned down, the cinema halls have been attacked by protestors, but she continued to hold on to the truth she wanted to convey through the art of cinema, for which she will be rightly felicitated at BIFF.