NEW DELHI: Day 21 of Jamia. And the fire has not flickered once. Book stalls, face painting and gigantic road-spanning artwork. That is the face of JMI today, more than 2 weeks after the brutal police siege on the campus sent several to the hospital, drove hoards of students back to their cities in fear, and angered the entire nation -- questioning what warranted such action on students who were peacefully protesting the Citizenship Amendment Act (CAA) and National Register of Citizens (NRC).

And yet Jamia Millia Islamia pushes on, continuing its protests every day, and unwavering before the violence unleashed by the police.

A hunger strike was at the center of the protests on January 2, adjacent Gate 10, with the speakers addressing the crowd on the “injustices” of the government and their “brutality” in suppressing the protest. Along with song and poetry, their words boomed across the campus for the entire length of the day. 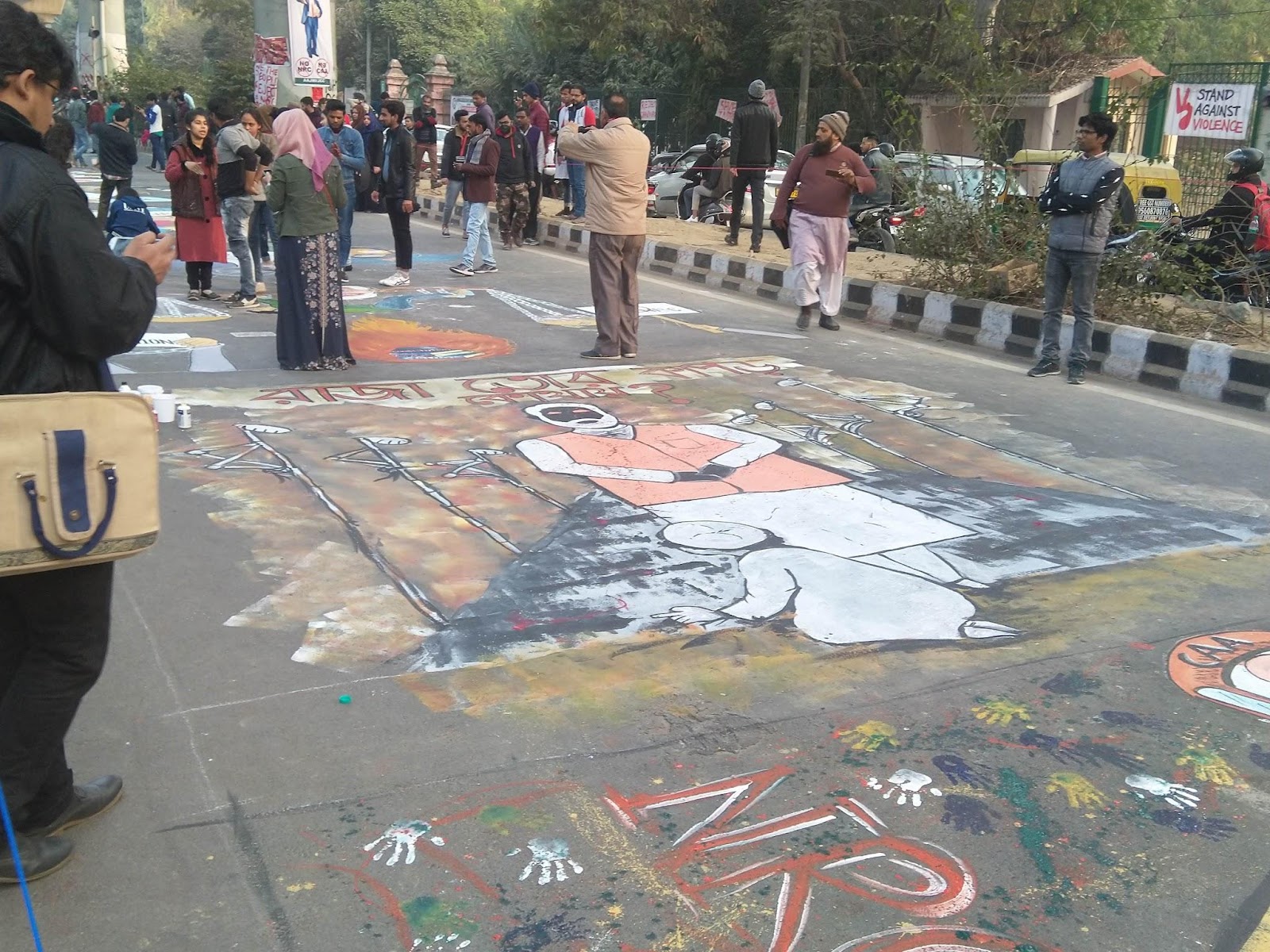 “The UP government threatens everyone with death? What kind of life is this, I ask?” one of the speakers said to a round of applause, “Maintain peace, maintain nonviolence- but prepare for the fight.”

“All I know is that we live in a secular country and need to abide by the secular notions of its constitution,” said an elderly man present at the protest, “No one should have the right to play with the sacred document, neither BJP nor Congress and certainly not the Prime Minister of the nation.'' 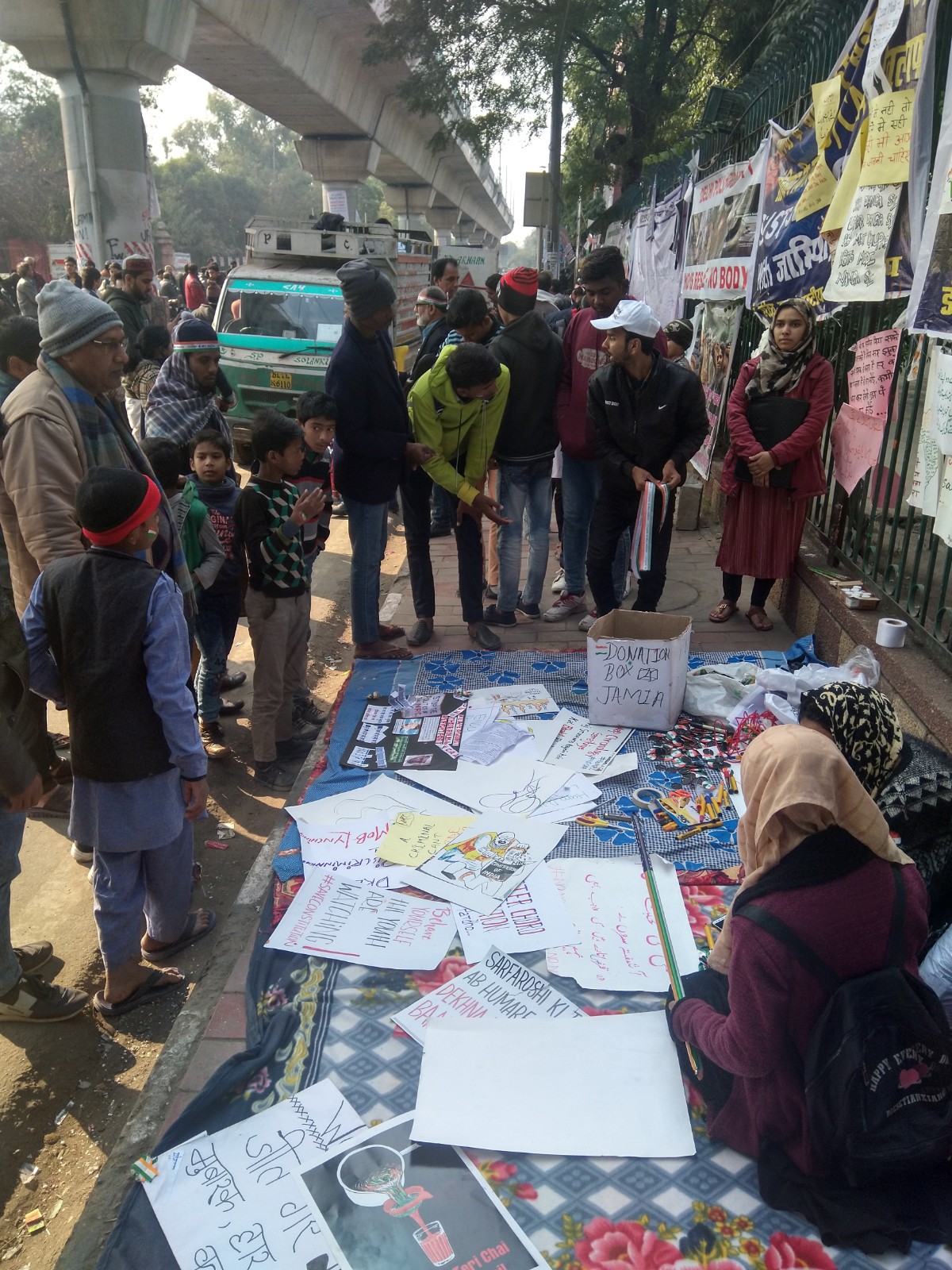 “I was at JNU protesting the fee hike,” said one of the protestors, “But we never once encountered this kind of brutality. What is so special about AMU and JMI that you suddenly get the license to enter their campus and beat them up?” 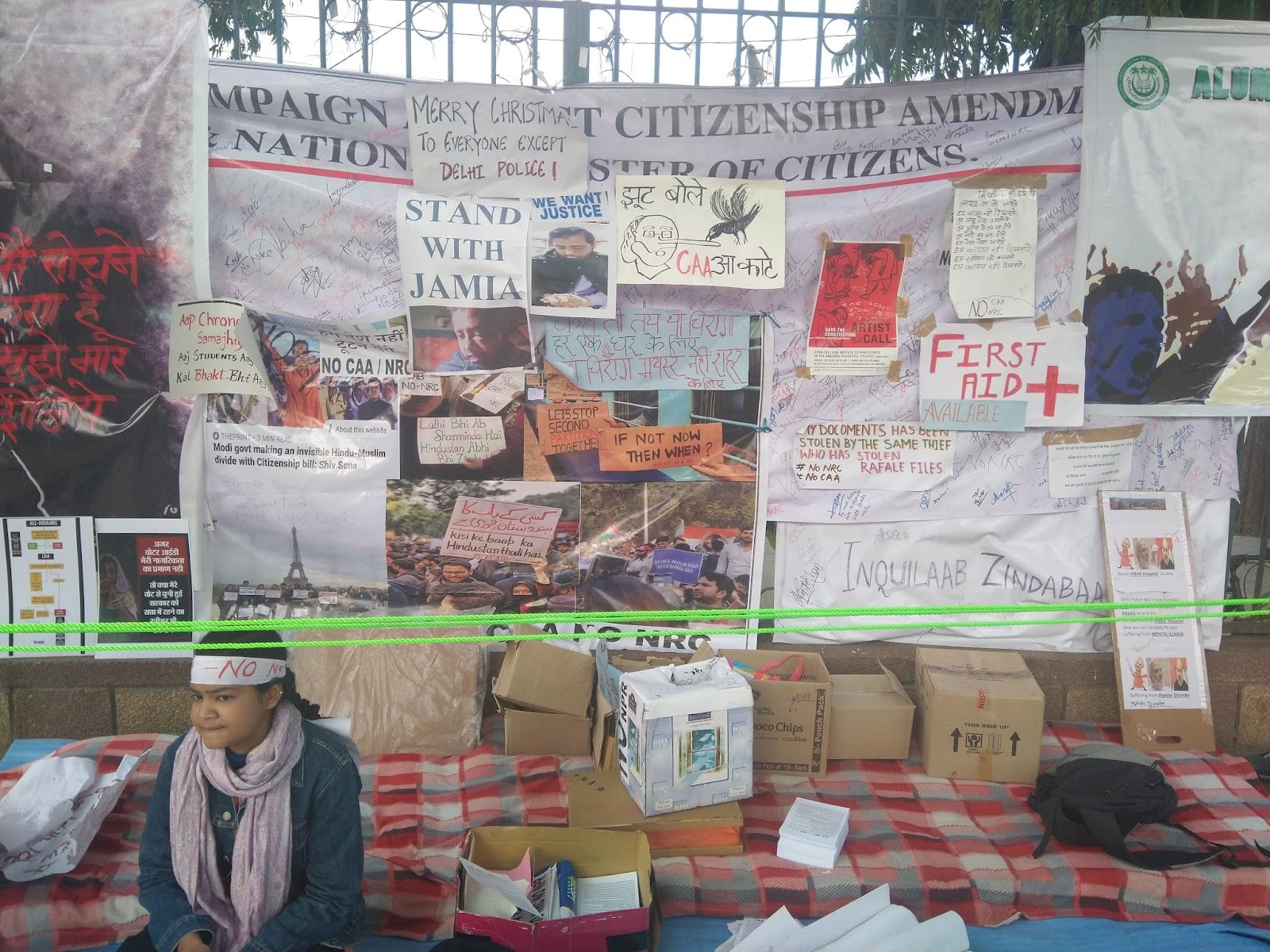 And Umar, a 1st year student at Jamia, was one of the many with an explainer placard, approaching groups of people and questioning them on their knowledge of the CAA-NRC protests, and informing them in simple one-liners on how to educate their family and friends on the urgency of the matter. 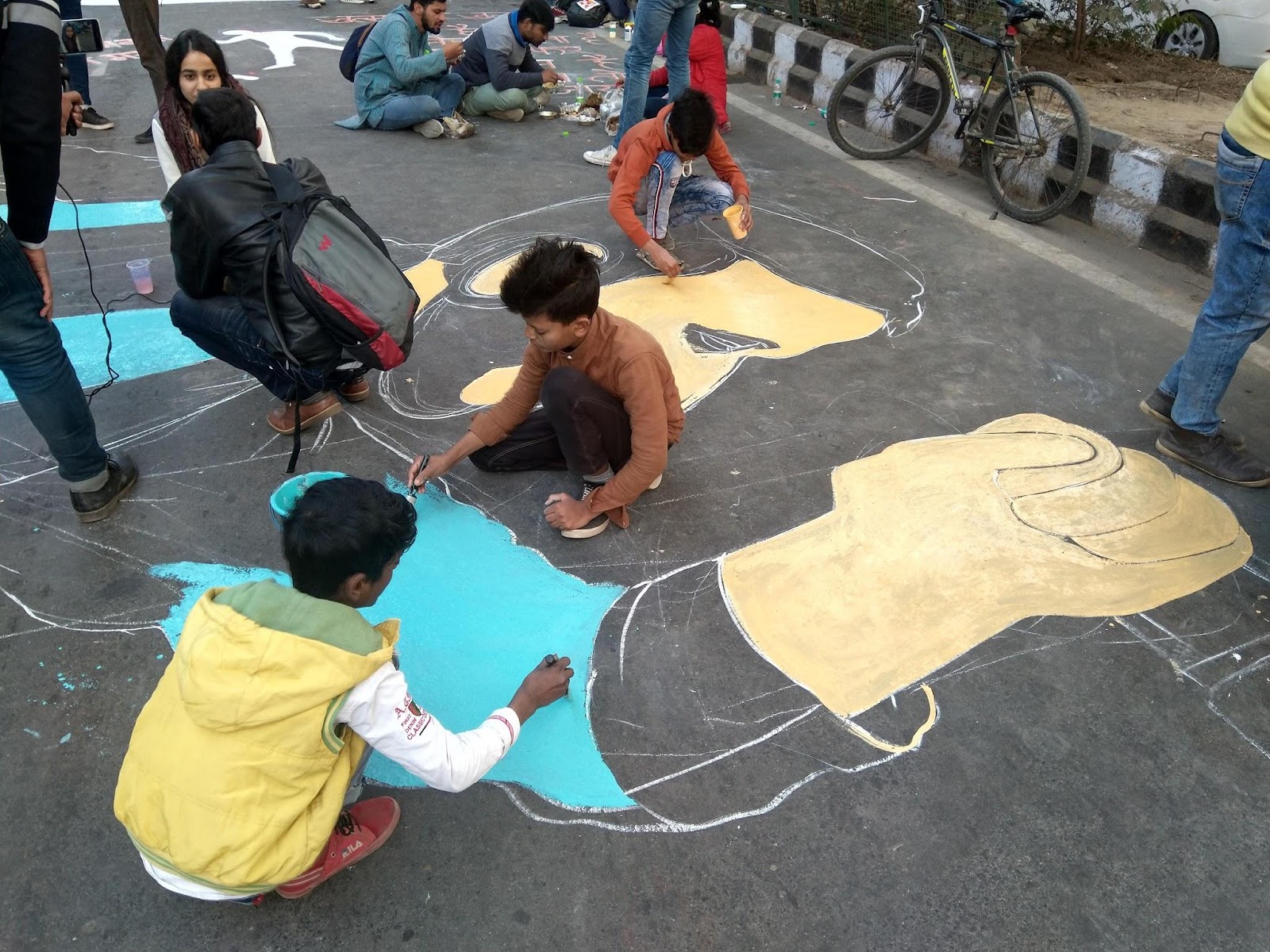 Zama, a second year Psychology student from JMI shared his experience from the night of the siege: “We got to know that a bus has been torched at some distance from the campus, but the police is coming in our direction and there is a likelihood of a violent confrontation, so we tried to disperse in order to avoid any bitter situation. Many of our friends have been badly injured. The entire incident has affected us not just physically and academically, but also mentally. I am too scared to even look at all the videos of police brutality making rounds on social media as we, the students of JMI, have actually lived through one such episode.”

The anxiety of elders was balanced out by a good number of child protesters taking part in the artful protest. While many children were seen visiting the venue with their parents there were few others like Owais and Raj who were participating more actively, having come all by themselves. Raj, a young boy with a small cardboard box saying “Donate” was running around gleefully. On being asked about the purpose of the “Donation” box he pointed to a small kiosk distributing creative anti-CAA and anti-NCR posters and placards for free. “The money is for chart paper and colours to make these. Would you take one?” He asked.

“This is ethnic cleansing, this is apartheid all over again. No matter who you are, the president of the country or a civilian, you must abide by our constitution,” said one of the speakers. 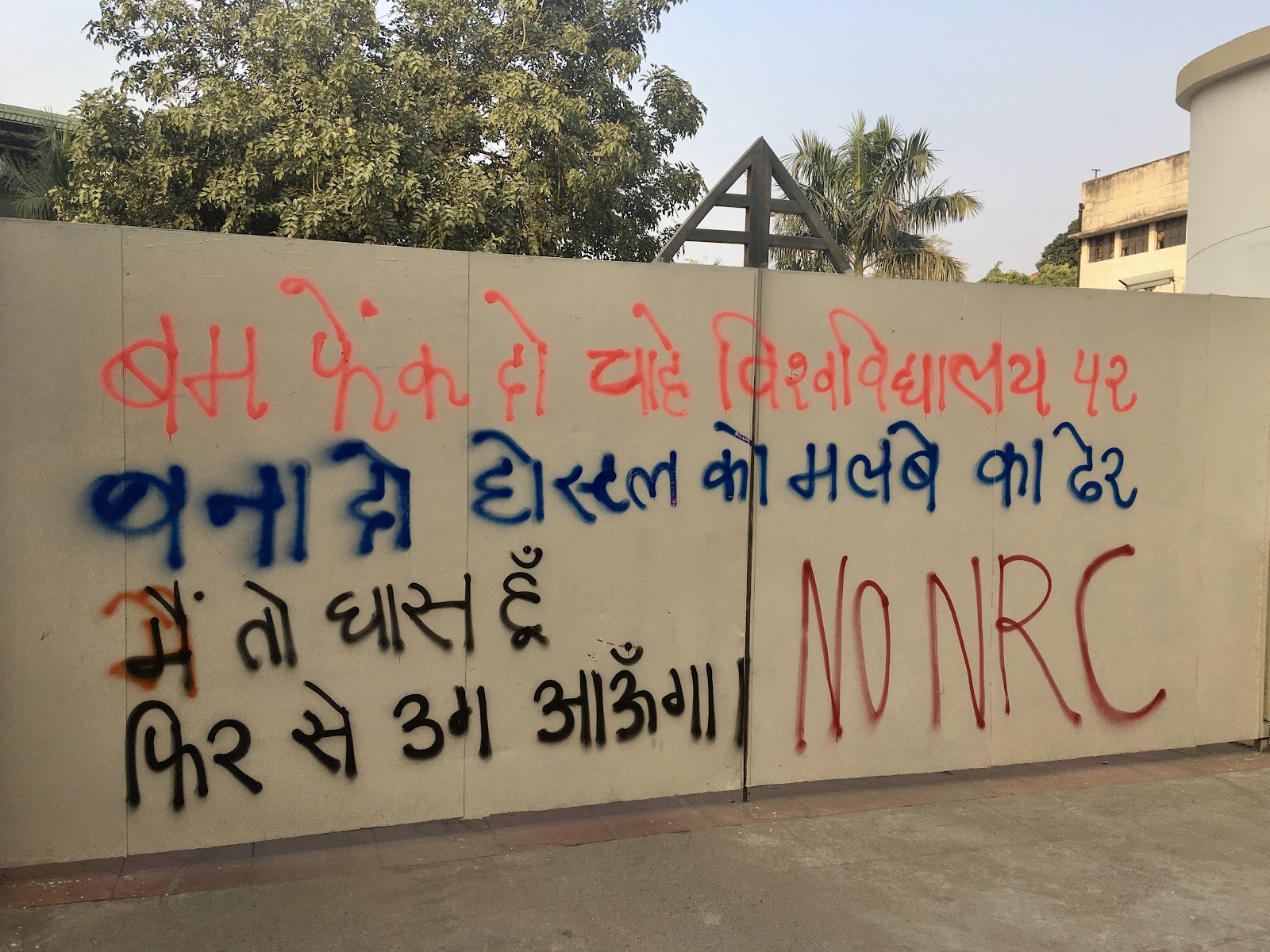 And on the other side of the hunger strike was a long stretch of road cordoned off, occupied by students of Jamia’s Fine Arts faculty, who had organized their own form of protest, painting the roads with caricatures and graphics to oppose the “discriminatory act”. 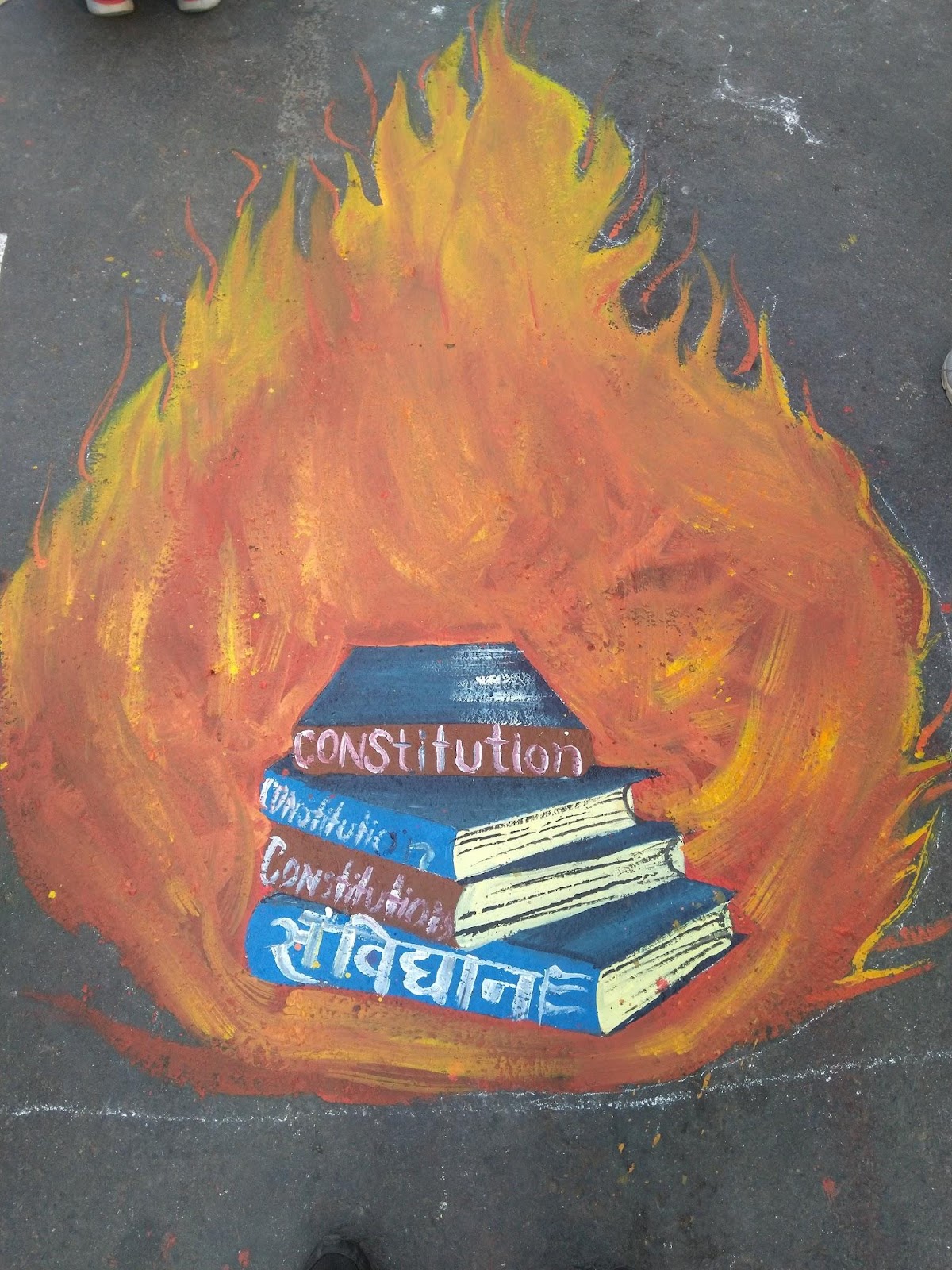 Kulsum, one of the student artists who took part in the art driven protest, while commenting on the power of art as a medium to showcase dissent, said, “There are things one feels restricted to express through the agency of the spoken or written words- art, however, is limitless which makes it the ideal medium to send across very strong messages to the establishment sitting at the centre.” 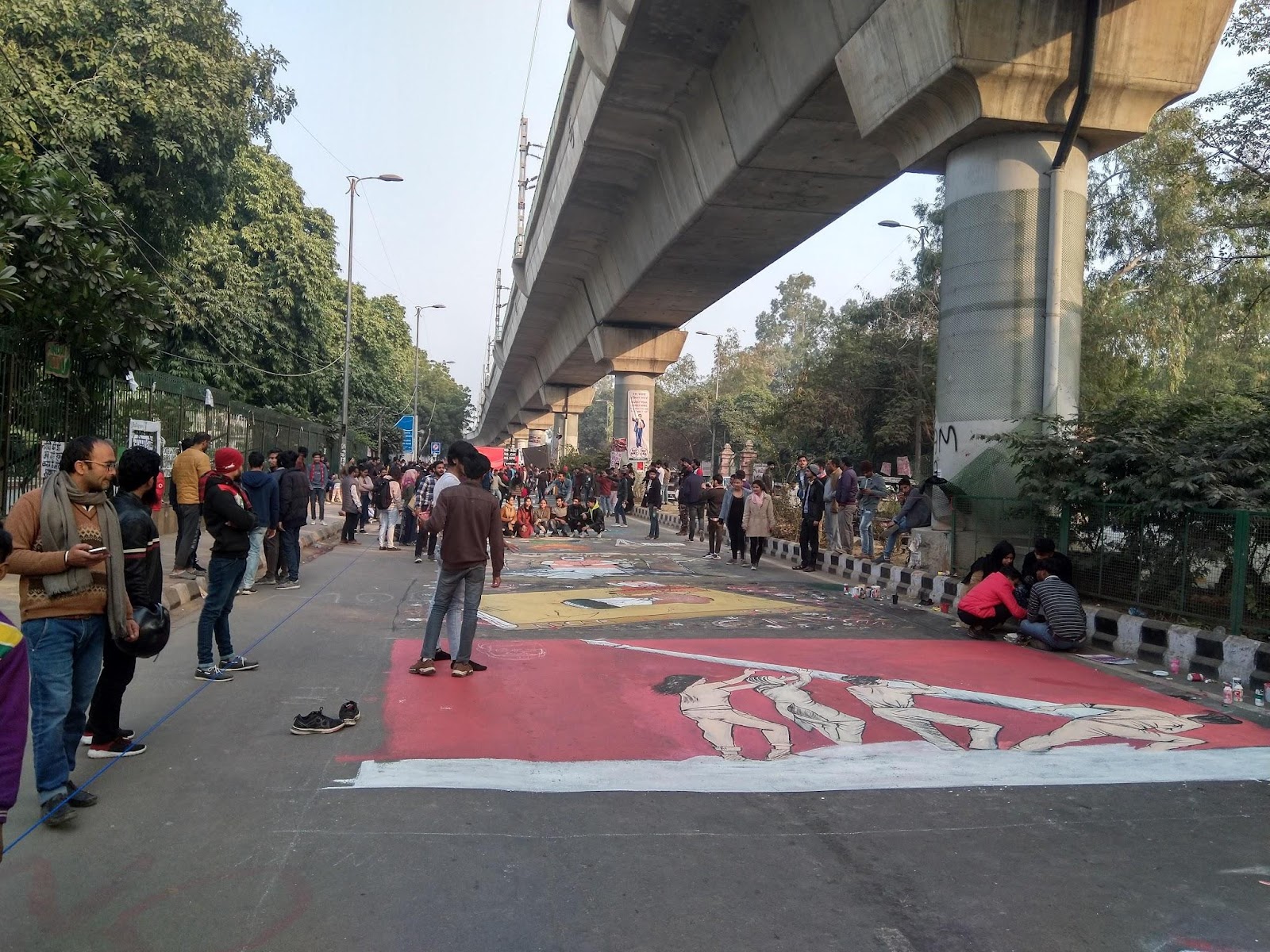 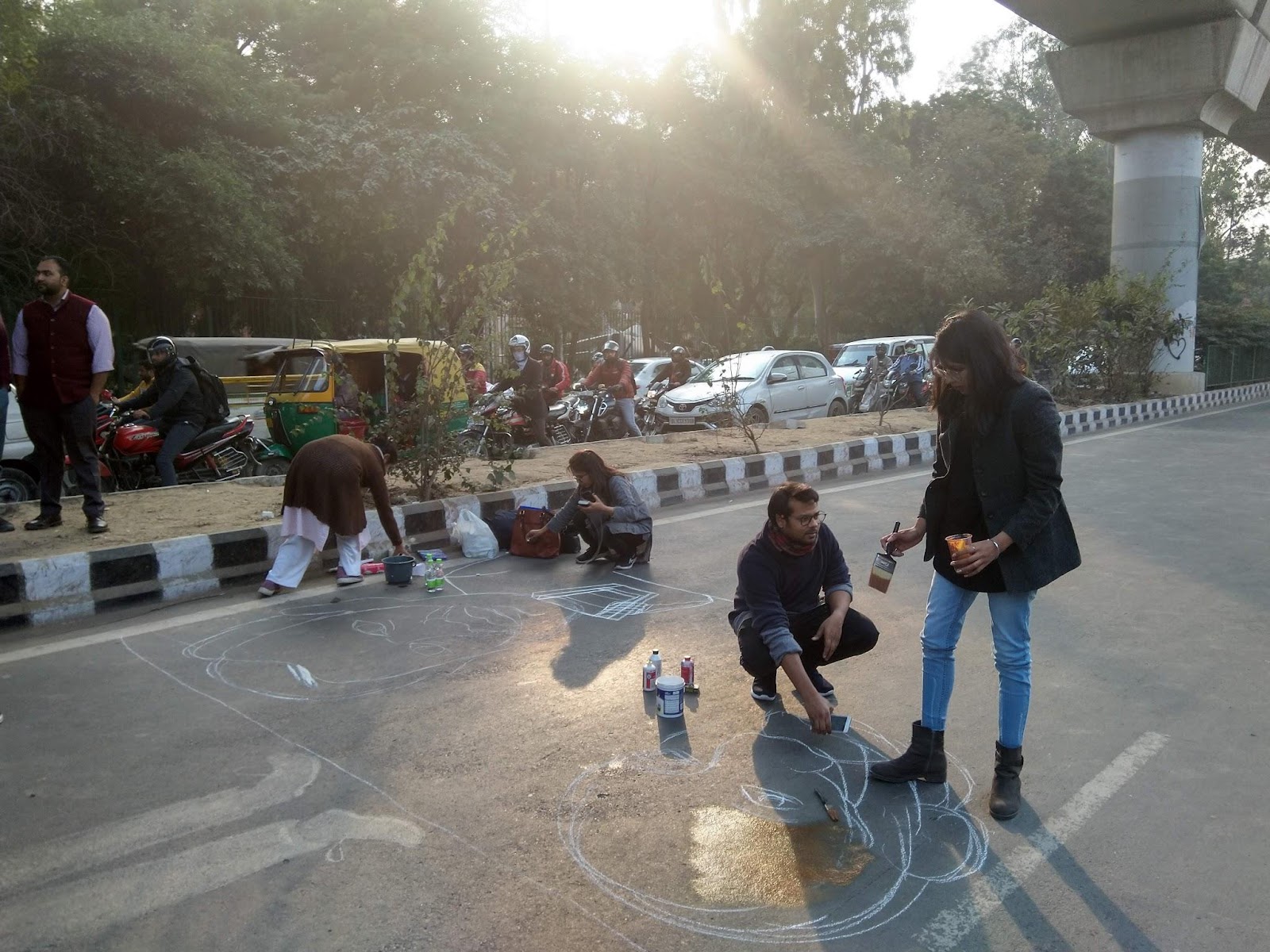 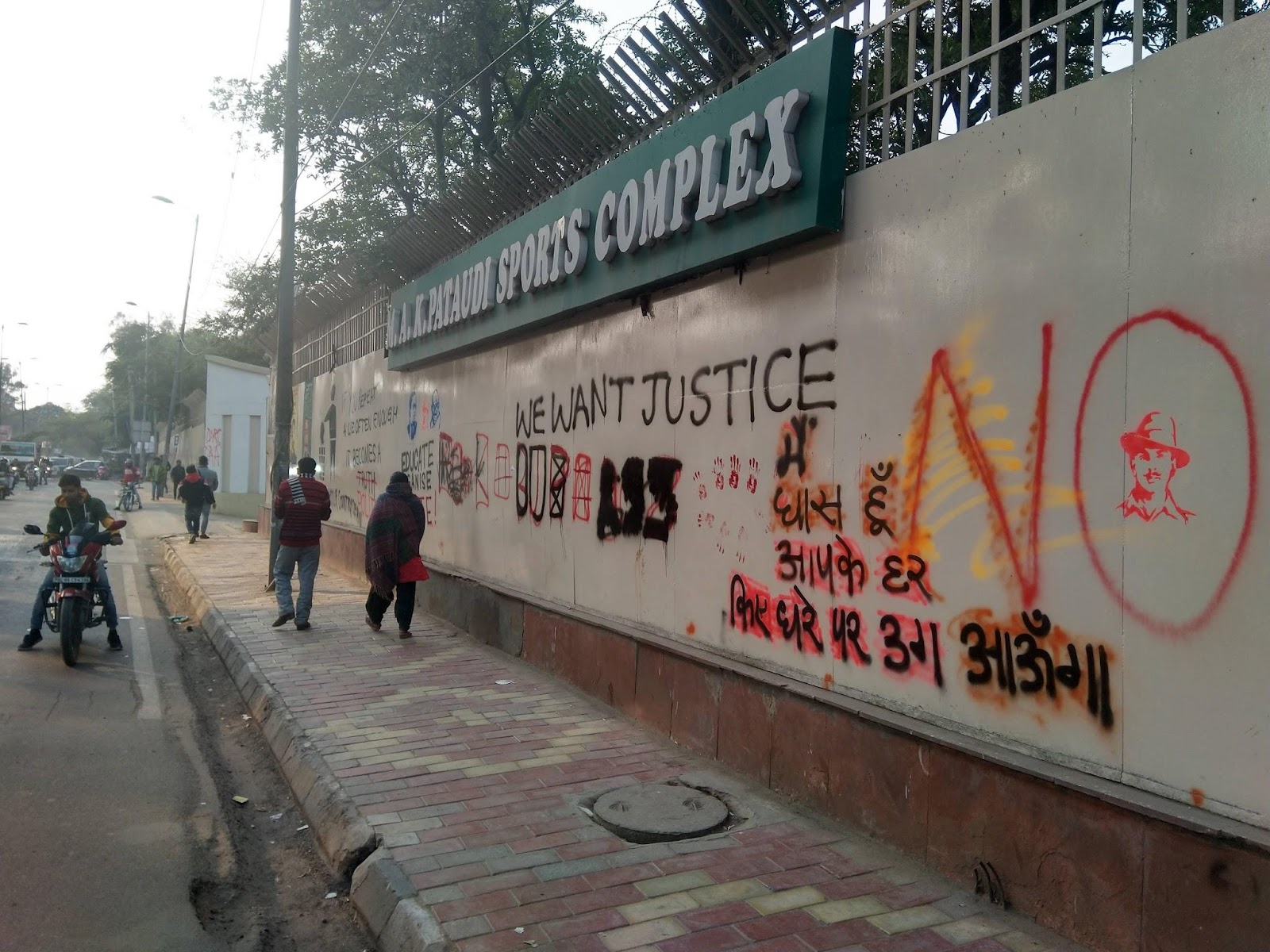 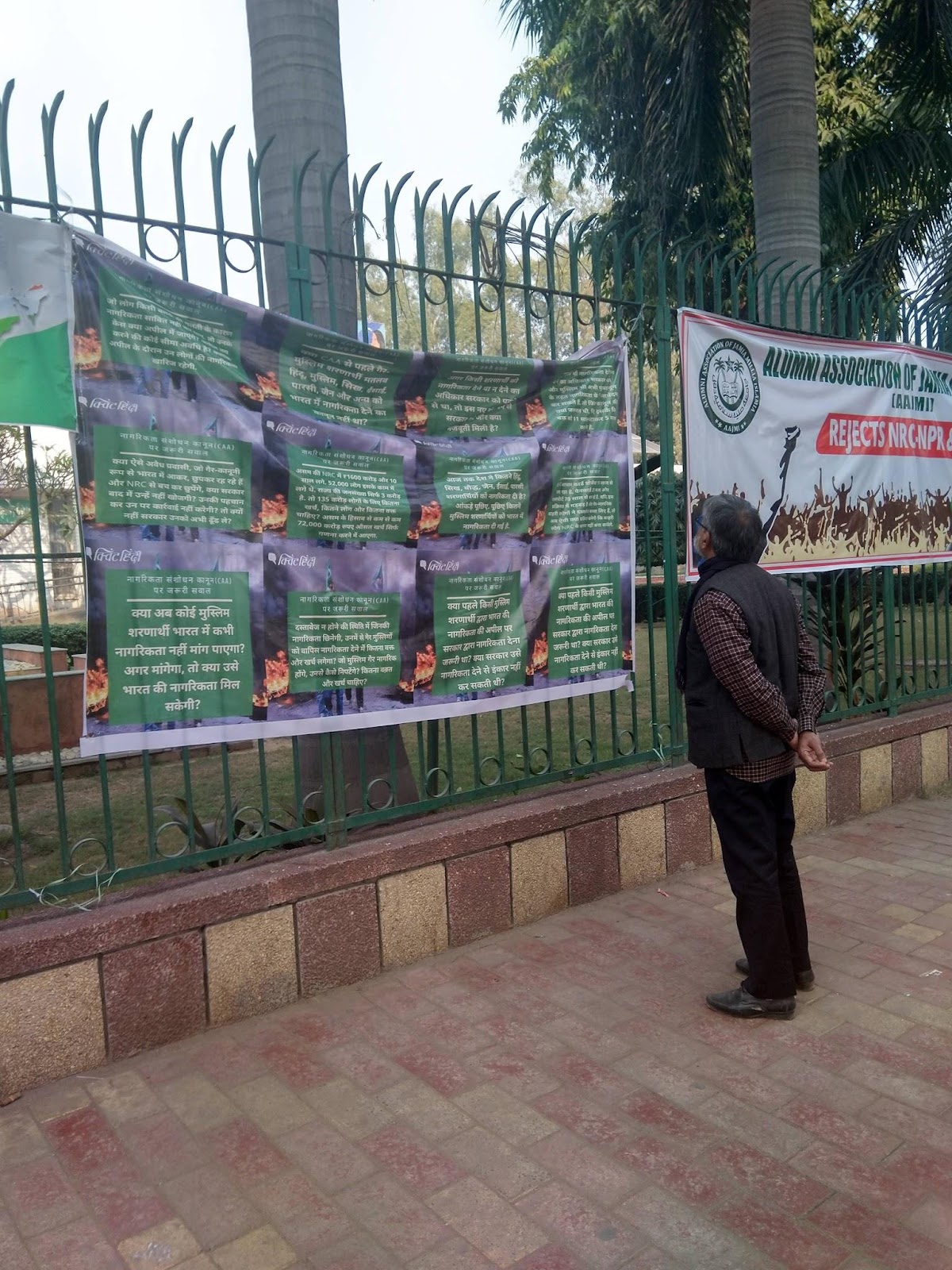 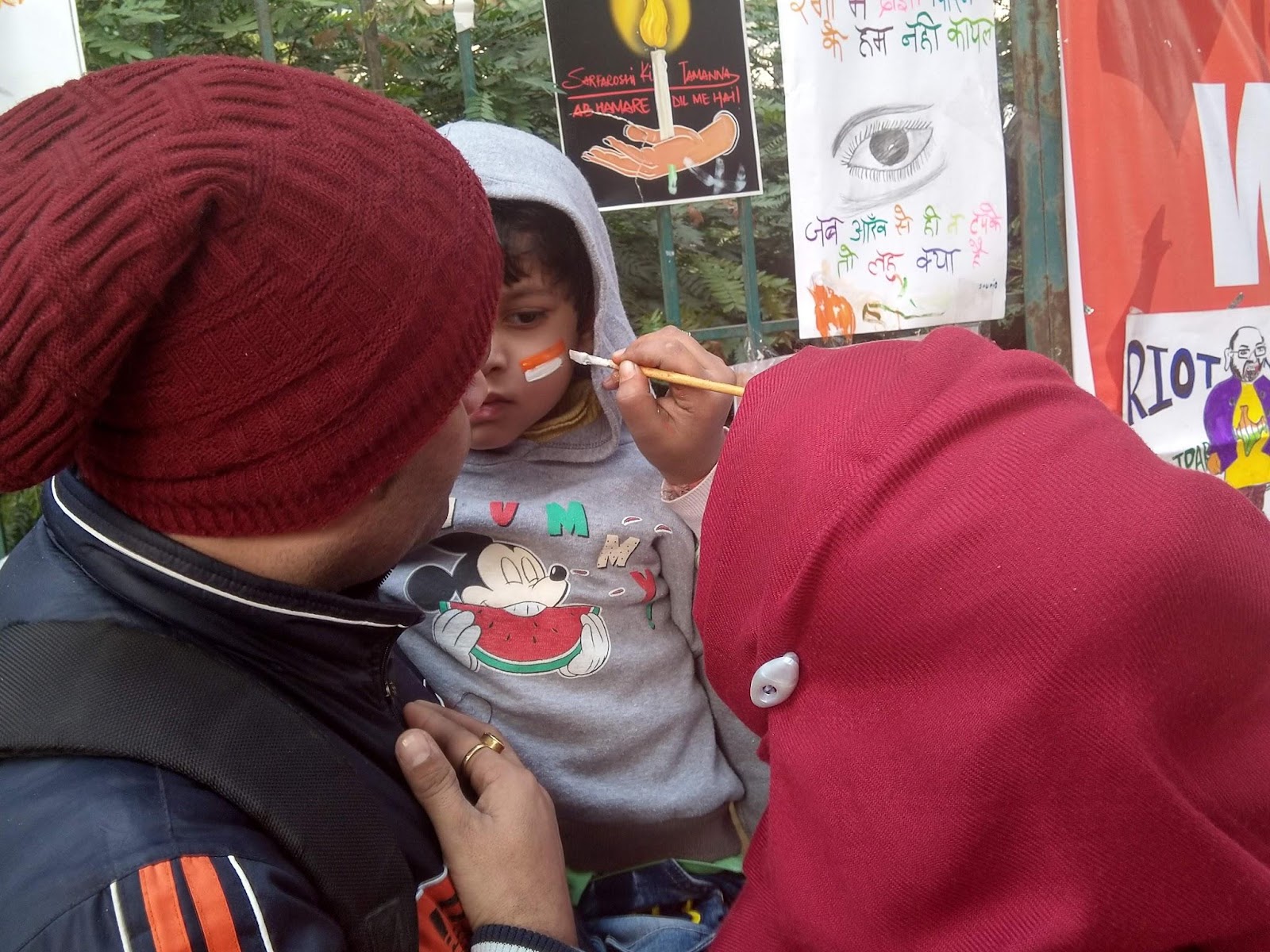 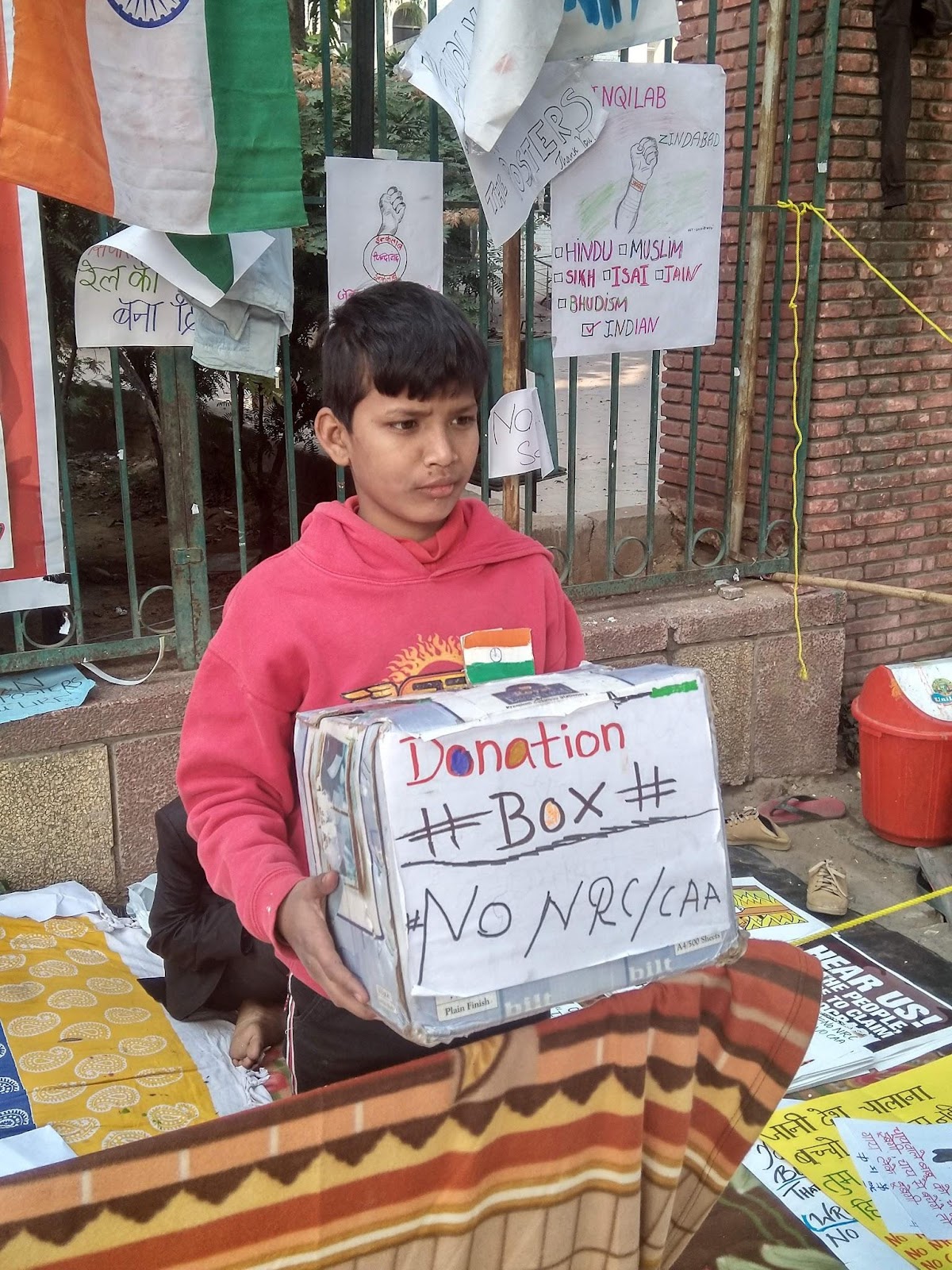 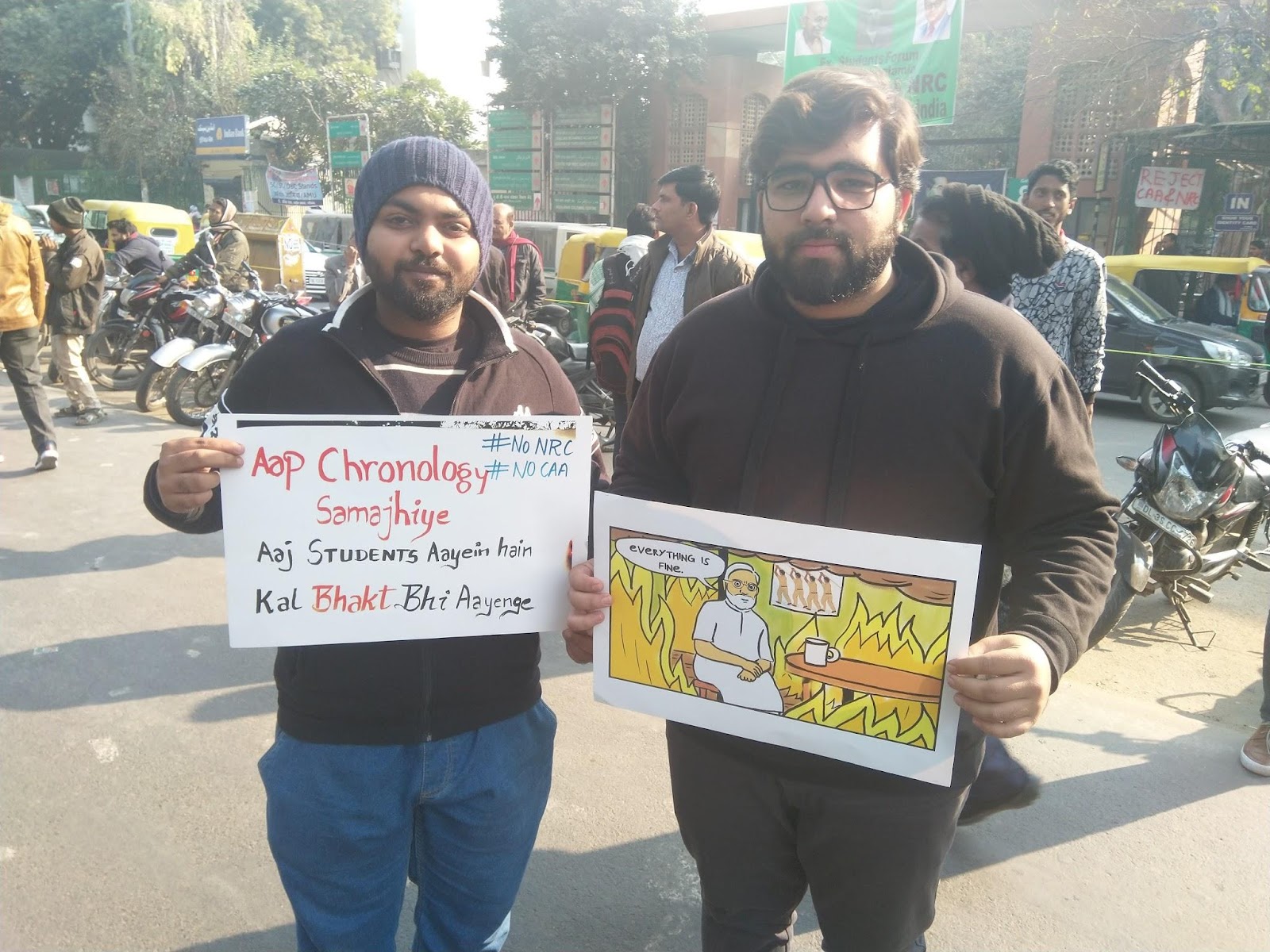 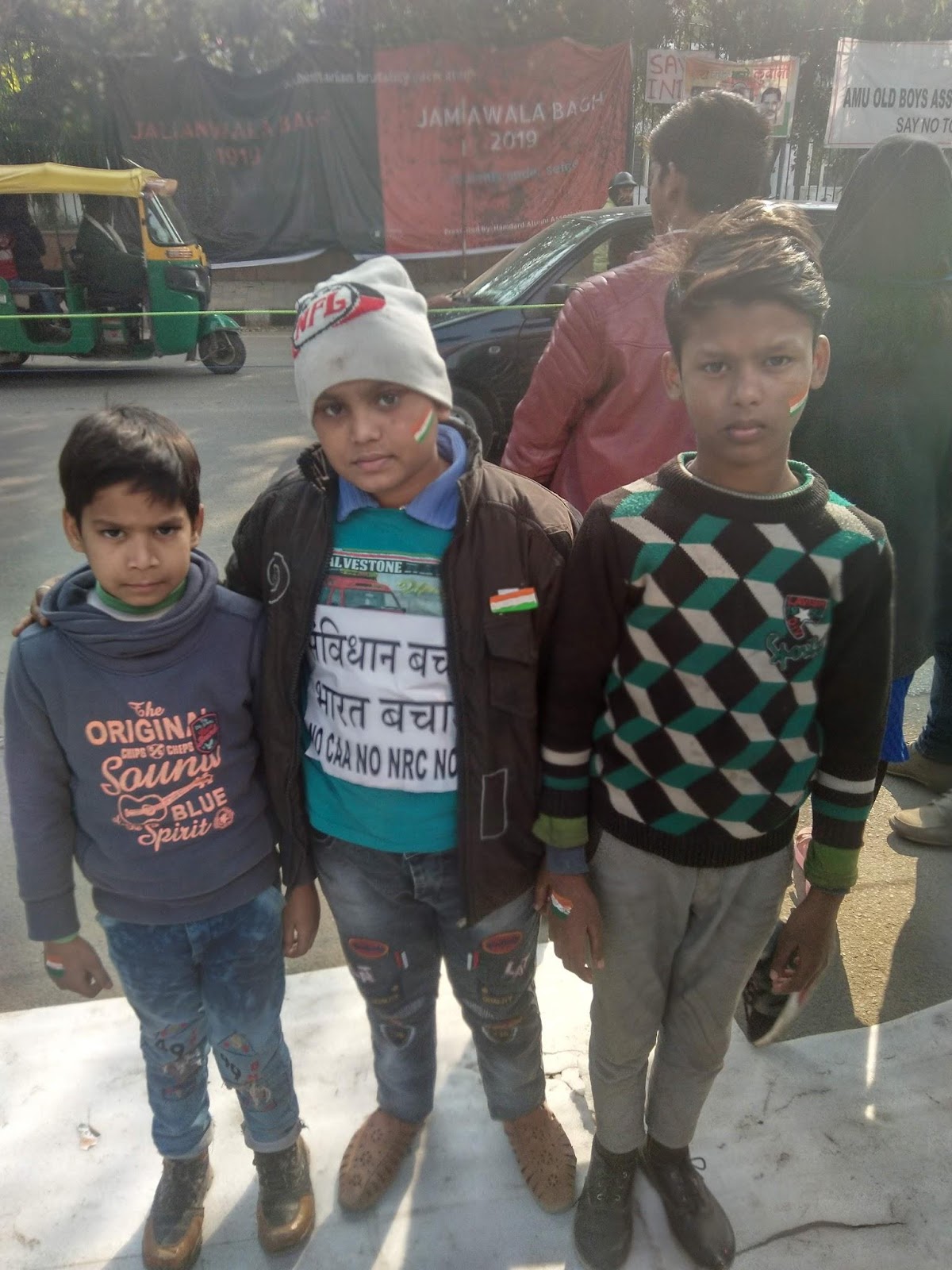 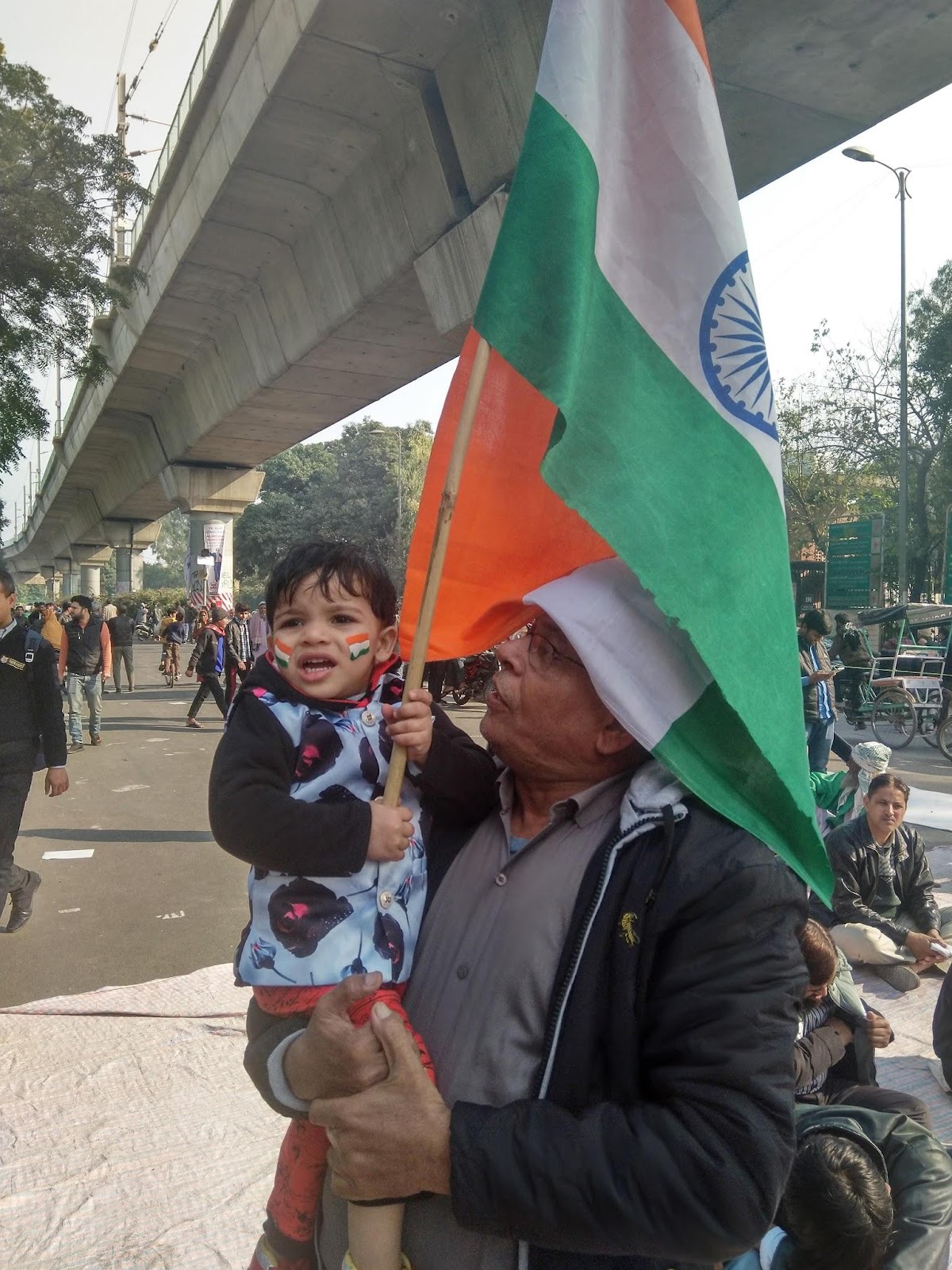 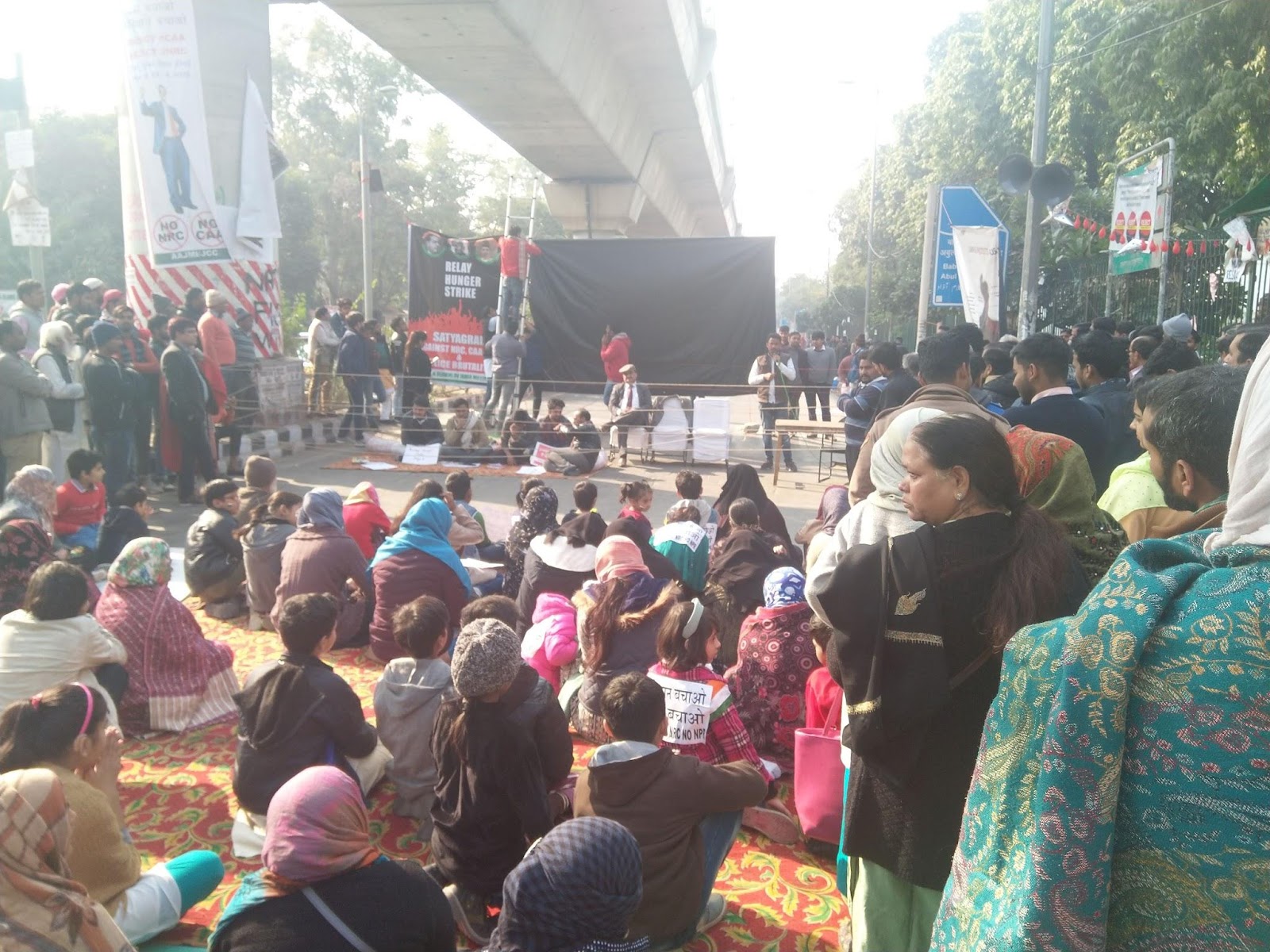 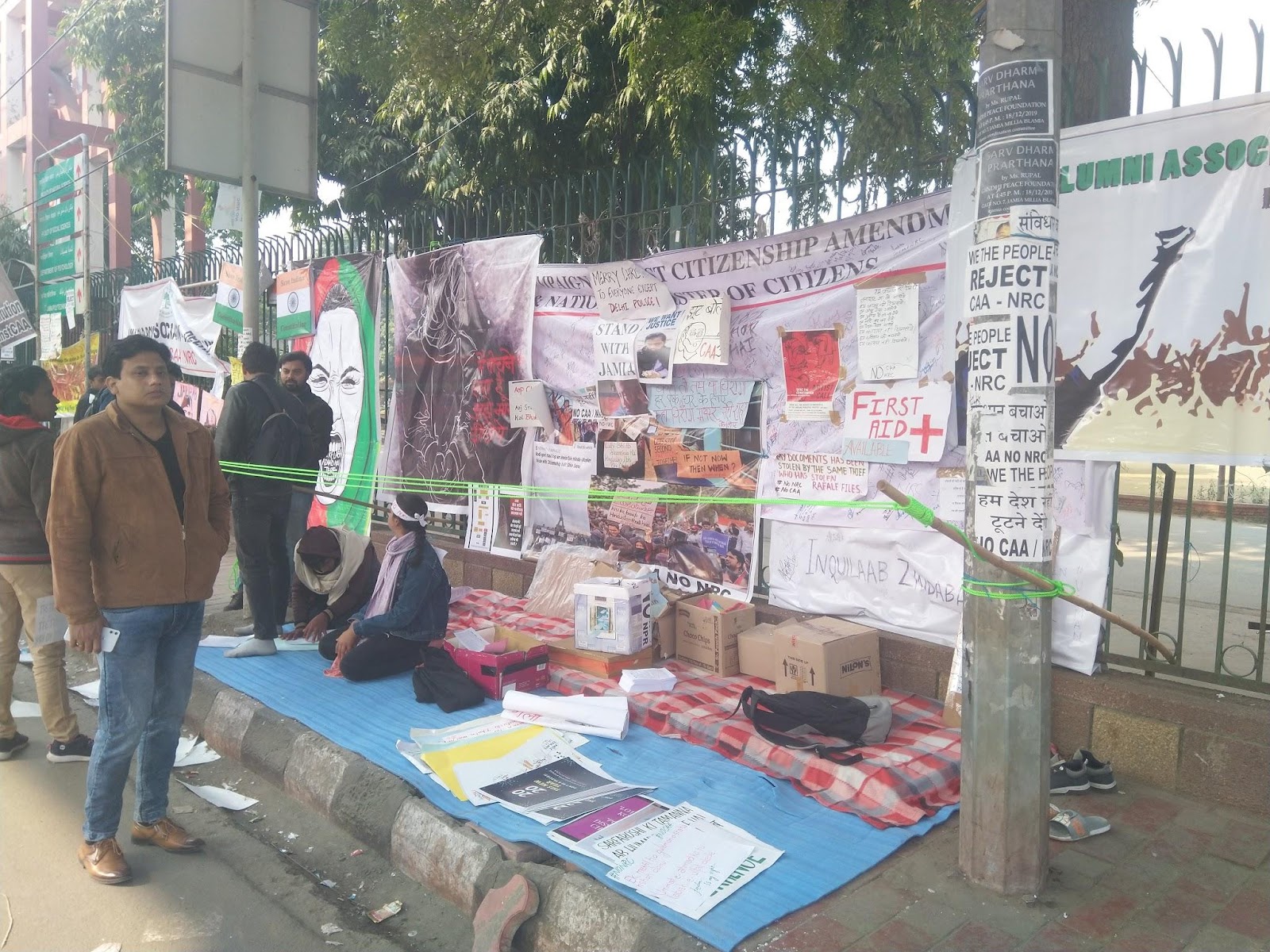 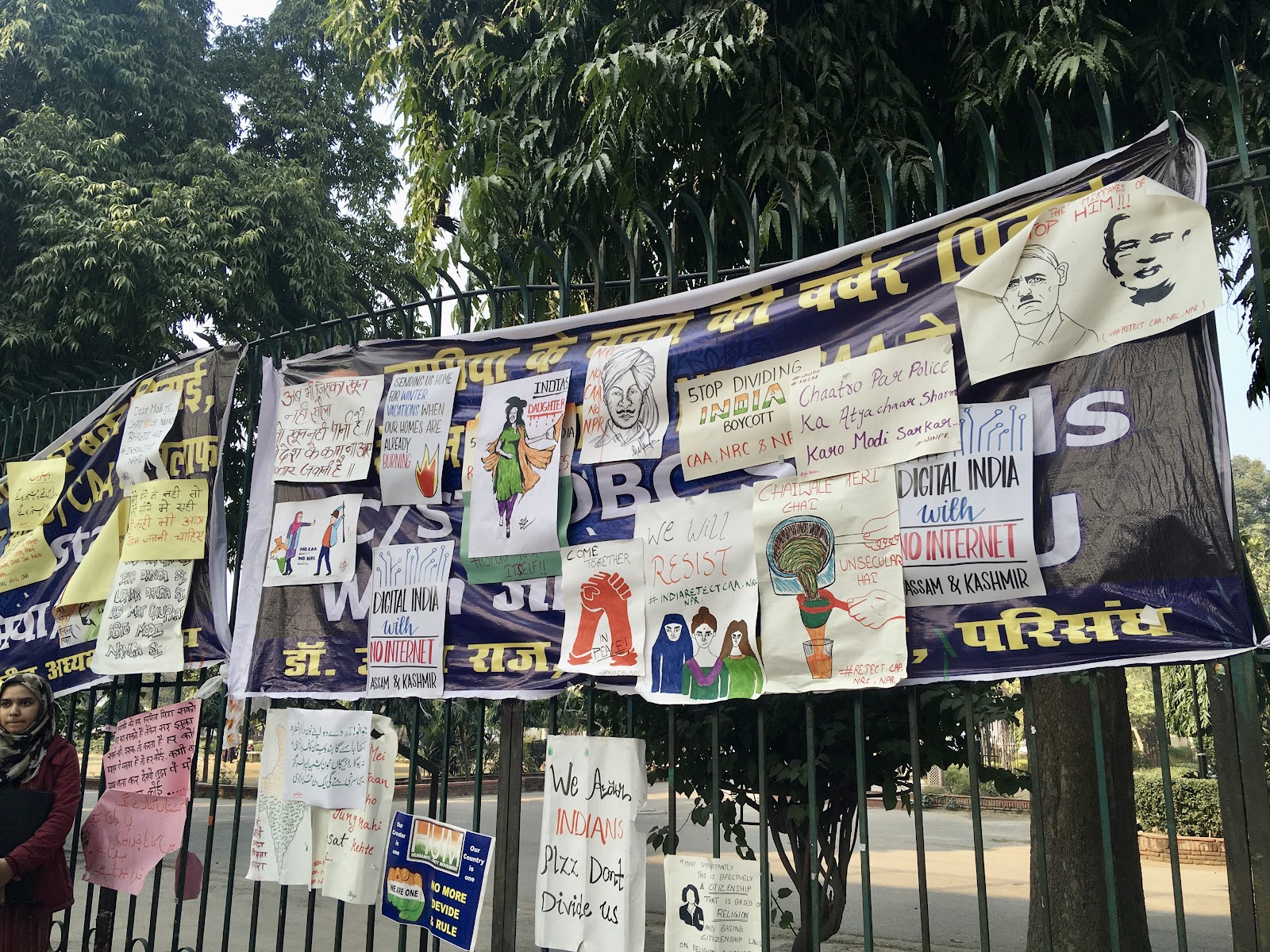 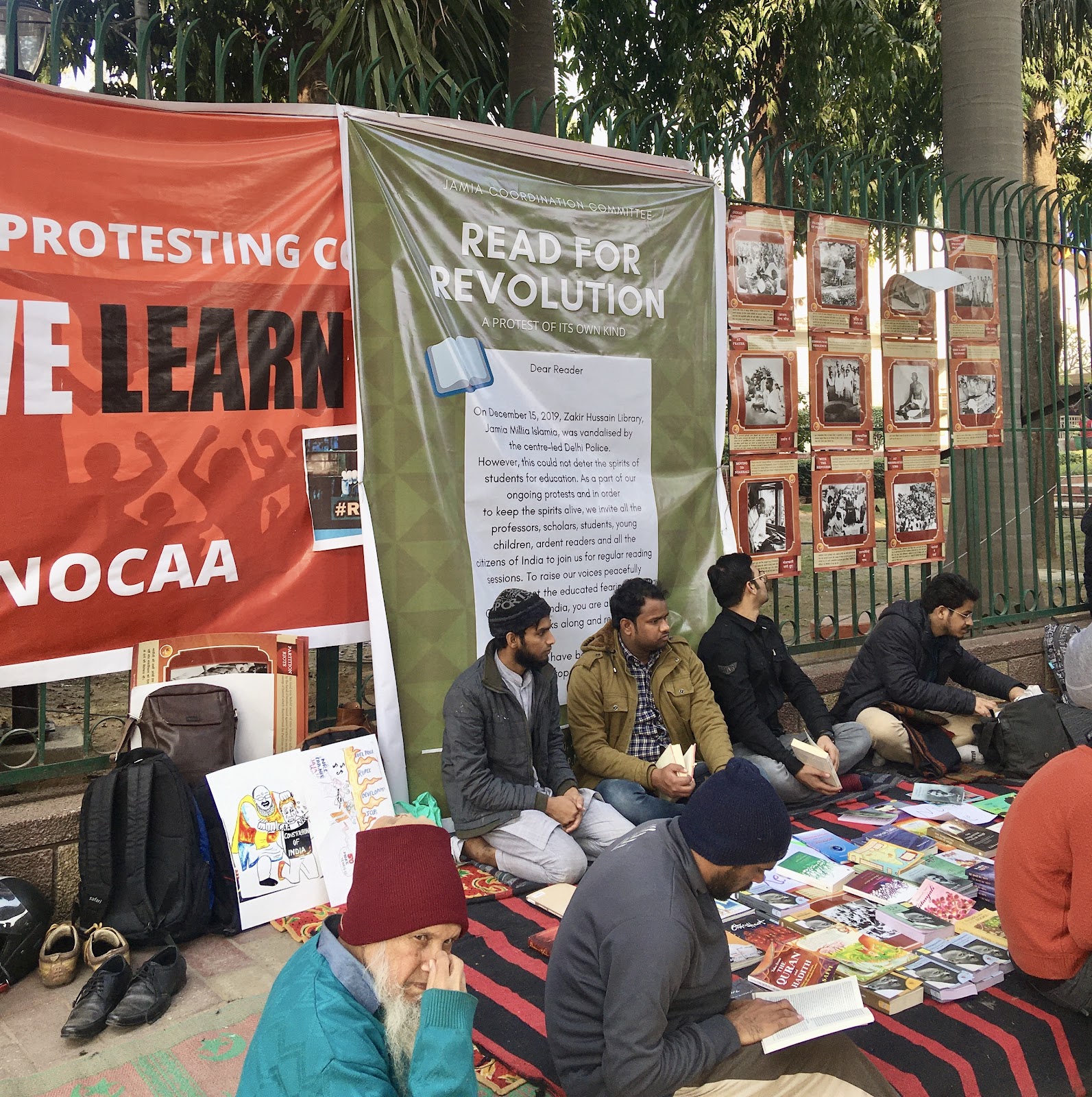 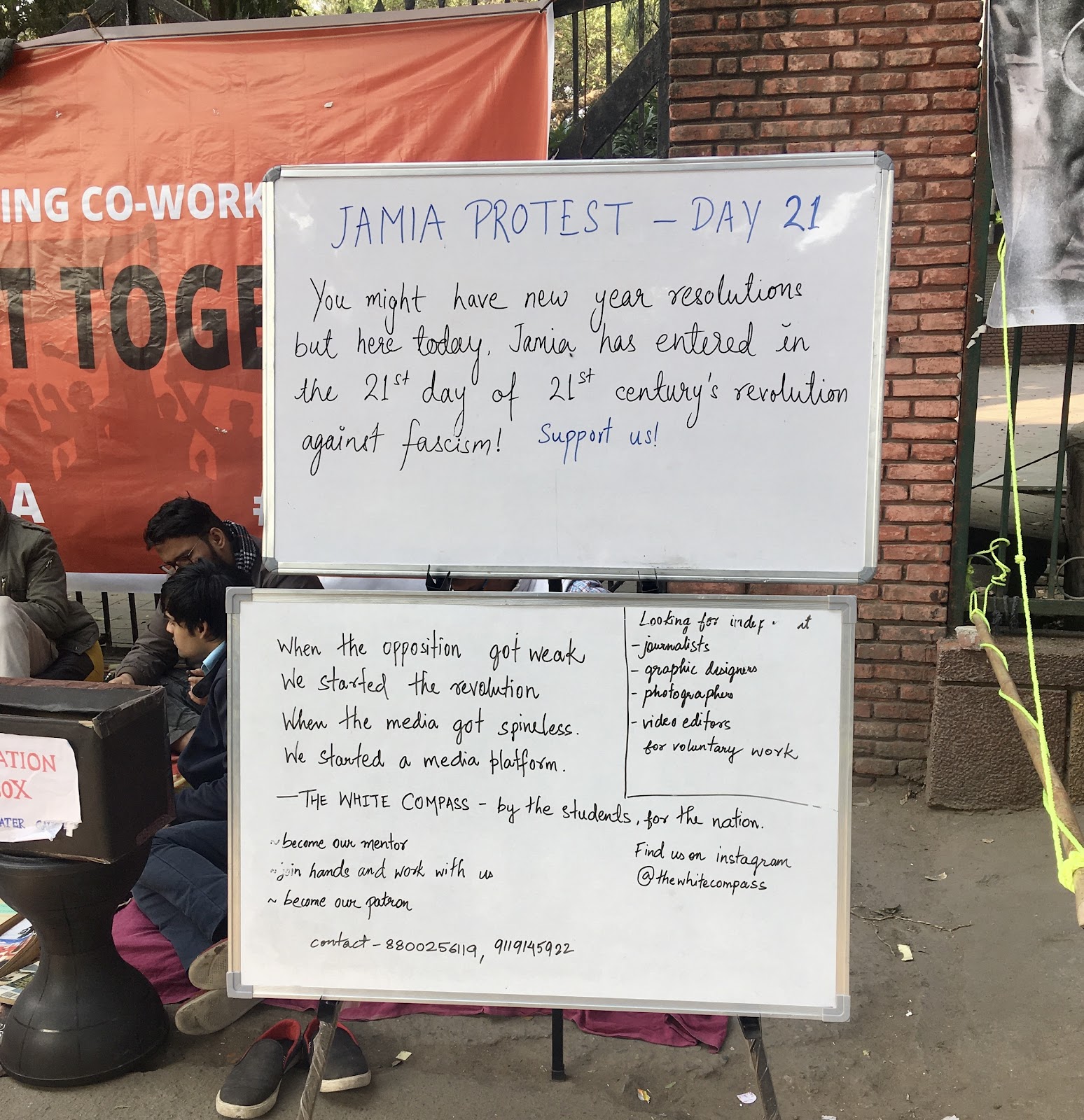 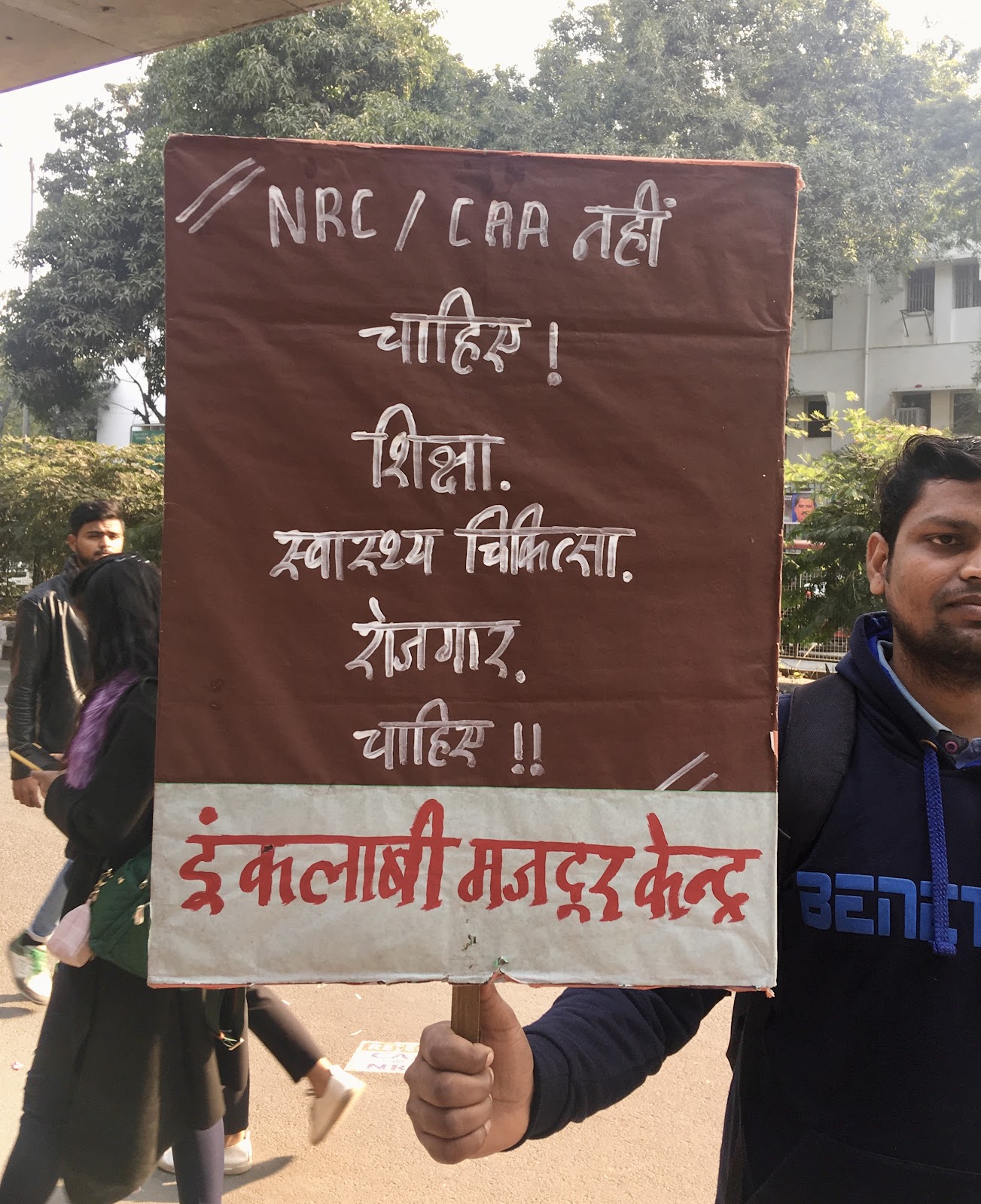 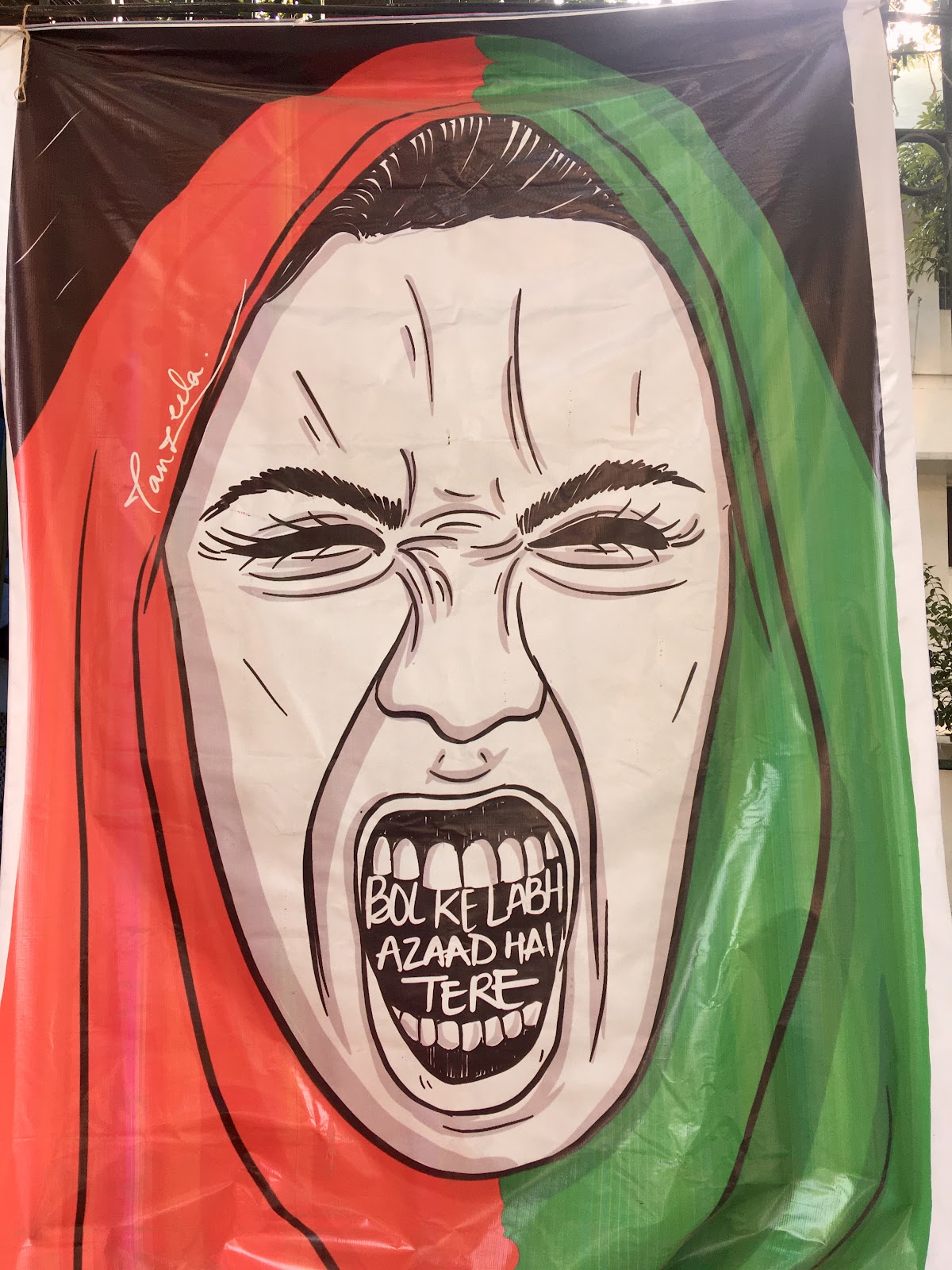 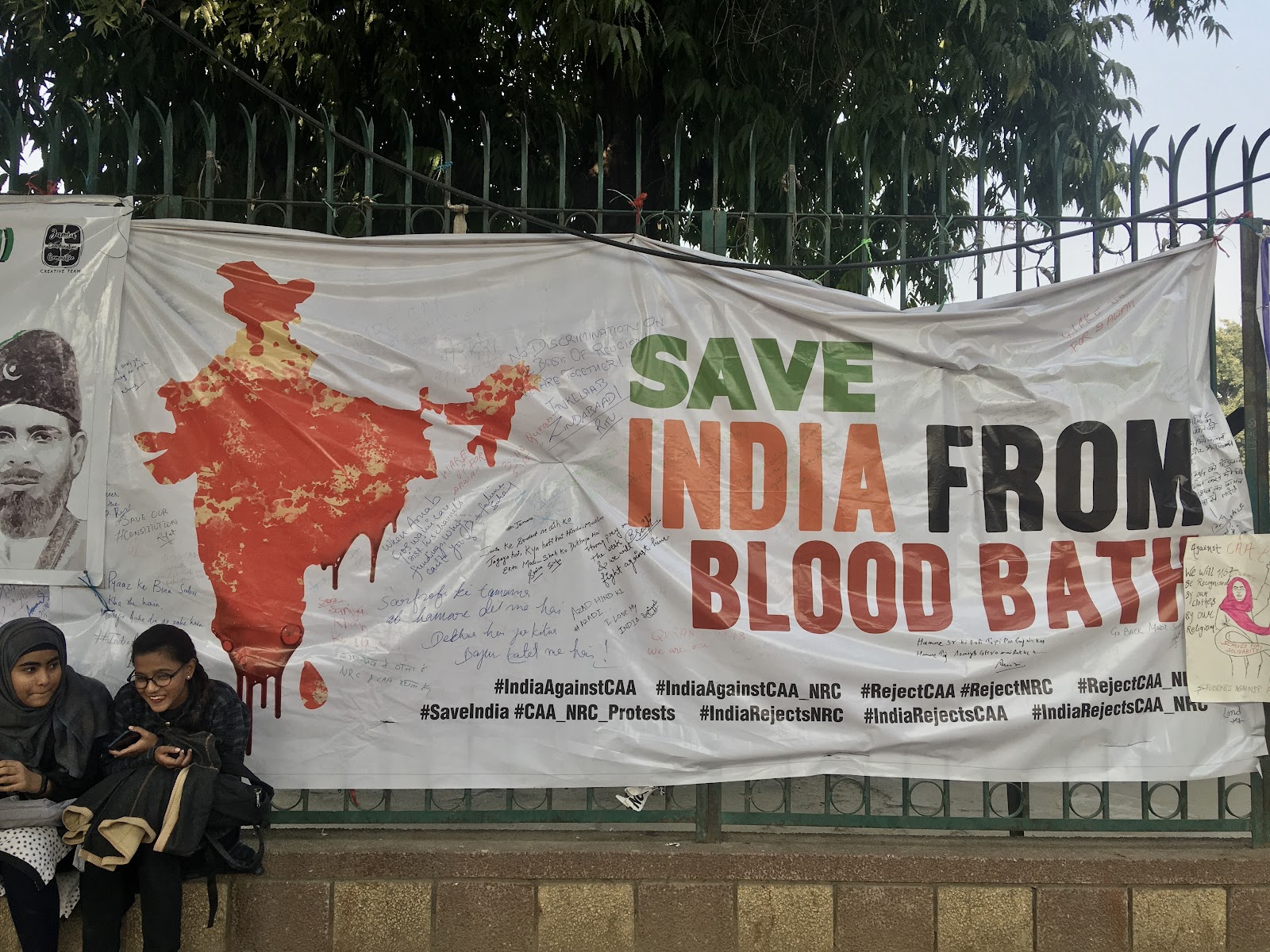 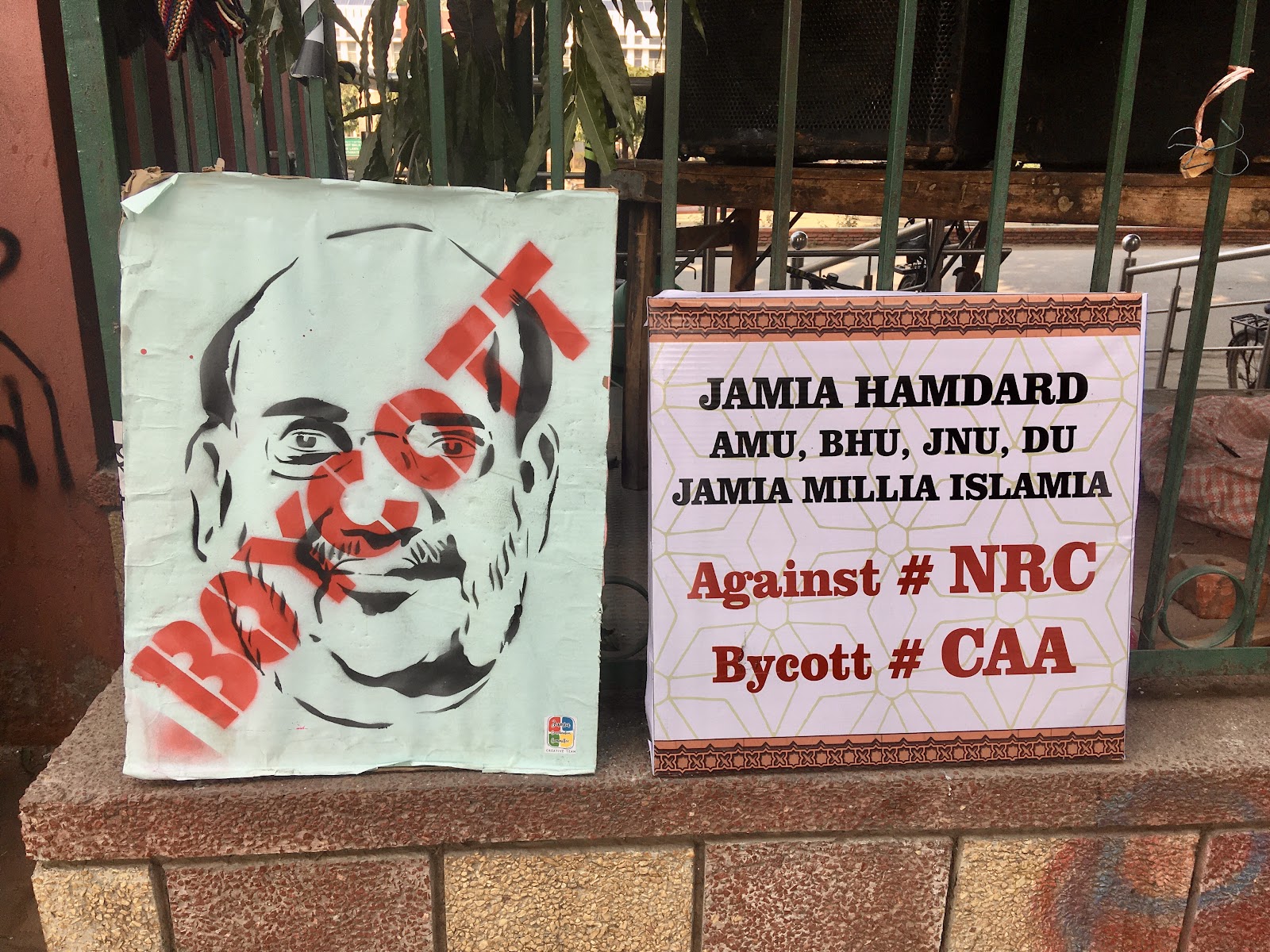 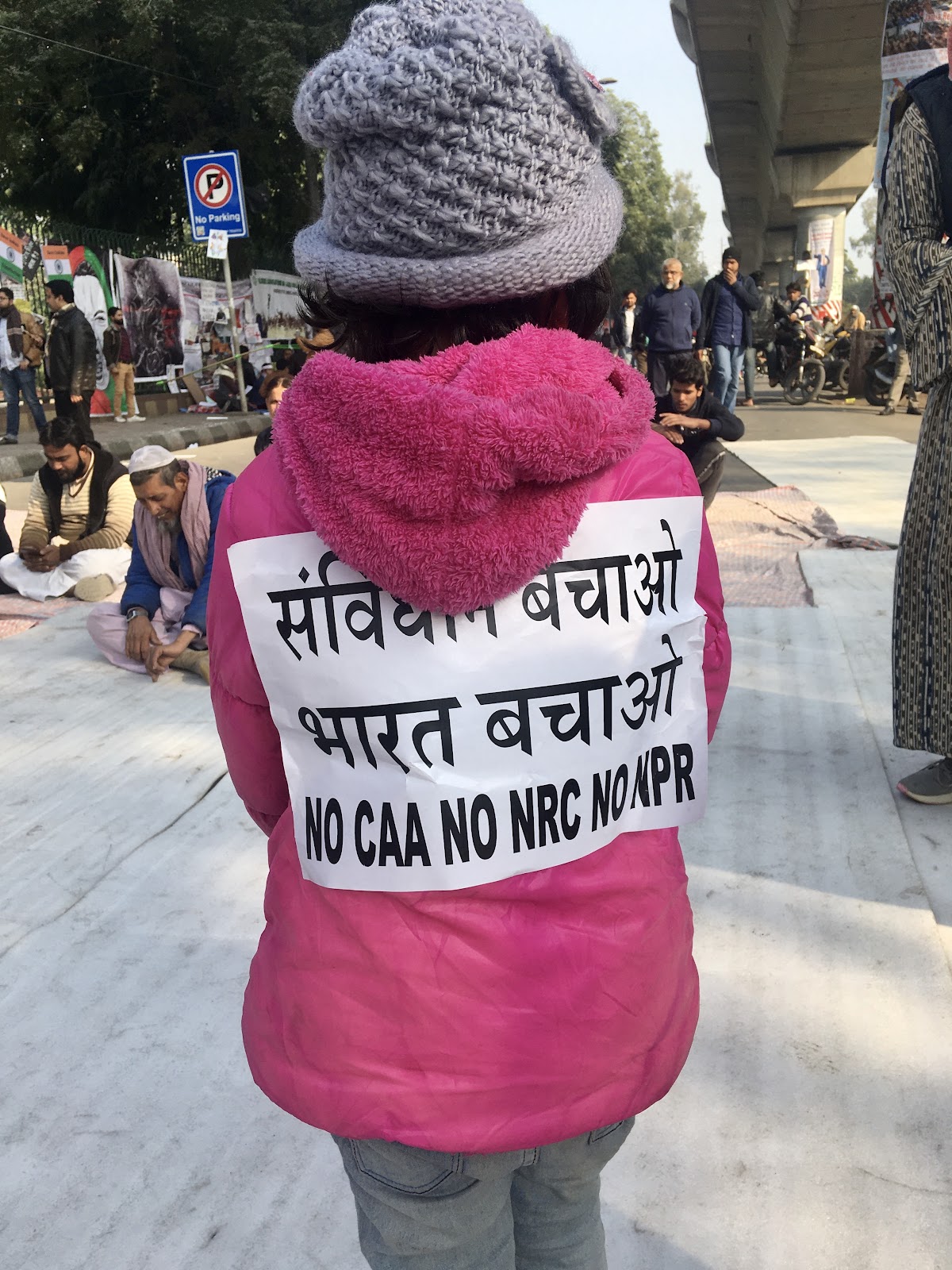 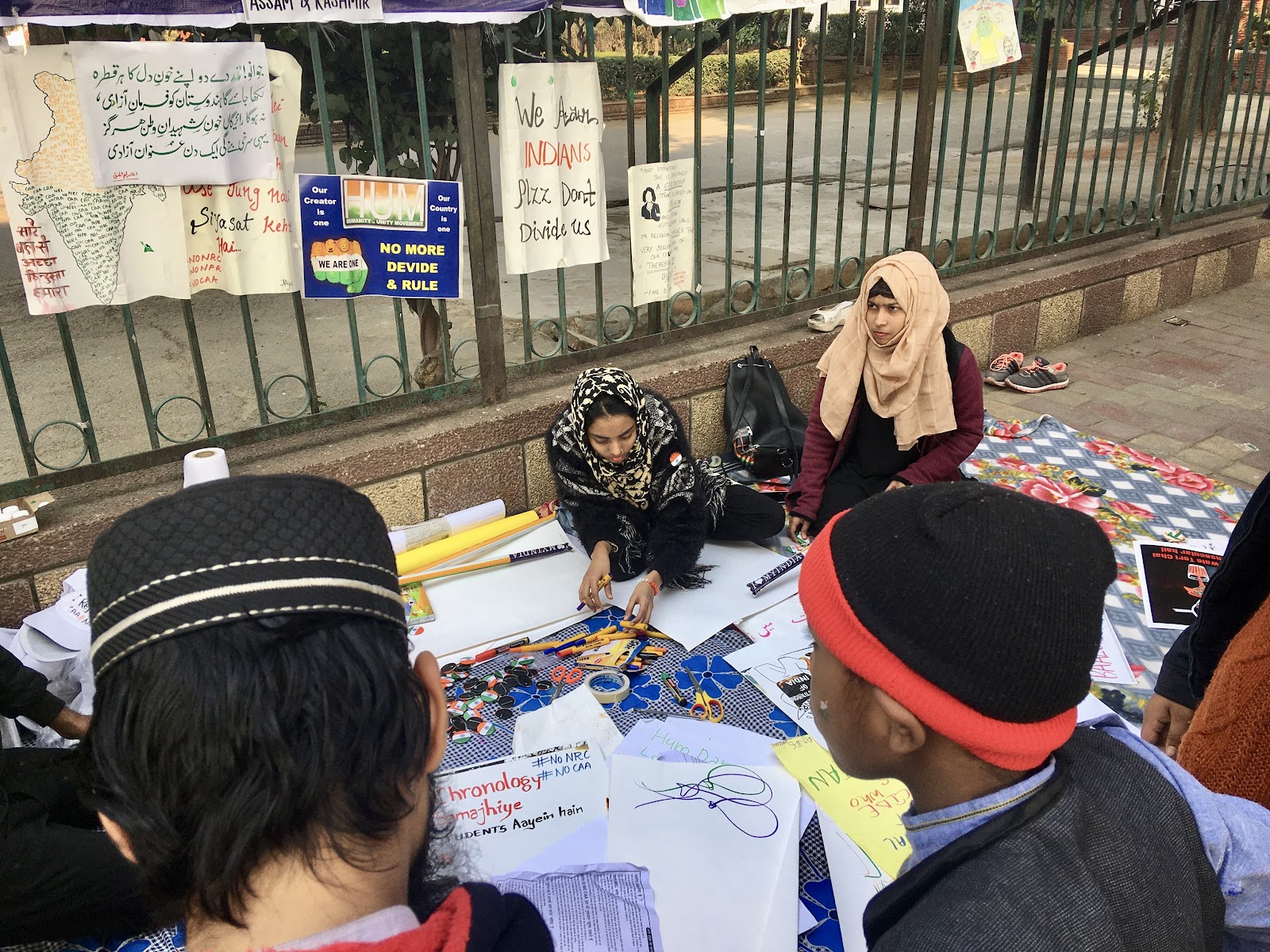 ‘Politics is the Art of the Possible’: Akeel Bilgrami on Secularism in India 12 hours ago

Abide With Me - Military Breaks Tradition 12 hours ago

Yoke of Bureaucracy – What Service Chiefs Can Do 12 hours ago