Bollywood actor Deepika Padukone joined a solidarity gathering at Jawaharlal Nehru University, immediately kicking off a Twitter storm. Bollywood is known for its political silence, but the attack on the University by masked goons has drawn condemnation from some industry bigwigs - with Sonam Kapoor, Ali Bhatt, Tapsee Pannu, Anurag Kashyap, and of course Swara Bhaskar all speaking up.

Padukone went a step further, visiting the campus - where she joined students, including JNU Students Union President Ashie Ghosh, who was brutally injured in the masked attack. Images of Padukone embracing Ghosh have since gone viral. In other photos, Padukone is seen standing behind a makeshift stage, while former JNUSU President Kanhaiya Kumar addresses the crowd.

Padukone’s visit to campus immediately sparked off a Twitter storm, with several users taking to the social media site to announce a boycott of her upcoming film. ##BoycottChhapaak was trending on Twitter -- an expected backlash; the kind which compels Bollywood to keep its distance from politics.

At the same time, there was a flurry of support for Padukone - with #ISupportDeepika and #IStandWithDeepika also trending. Many said that they were not planning on watching the film, but after Padukone’s show of support for injured students, they had purchased tickets. 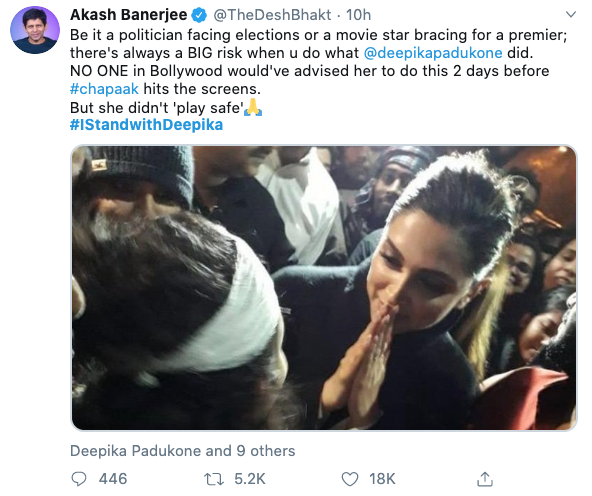 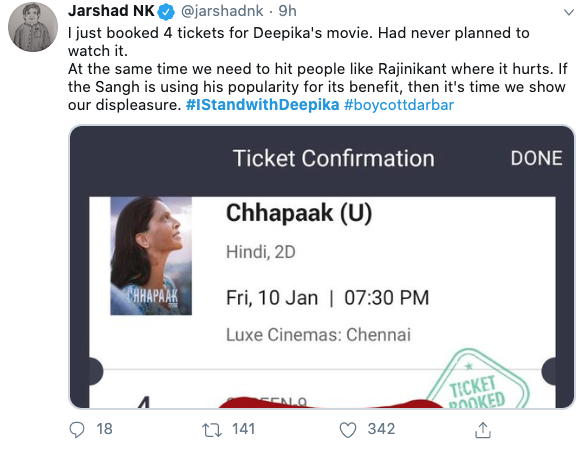 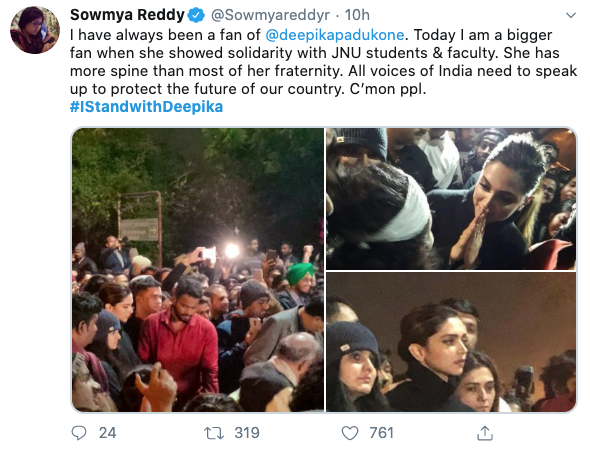 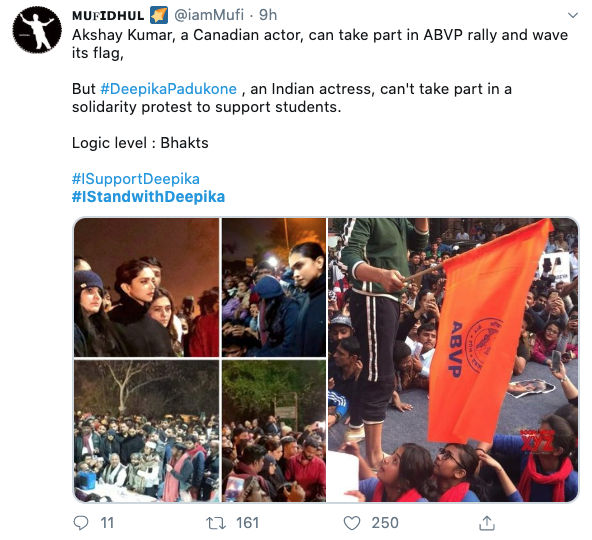 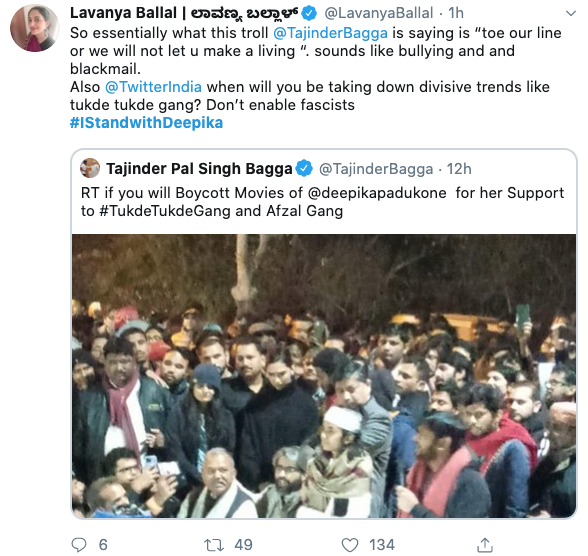 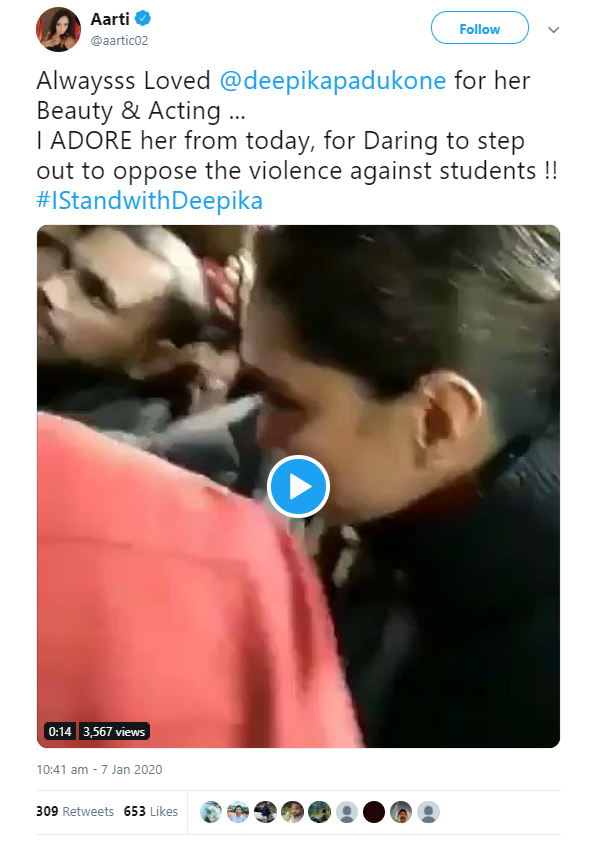 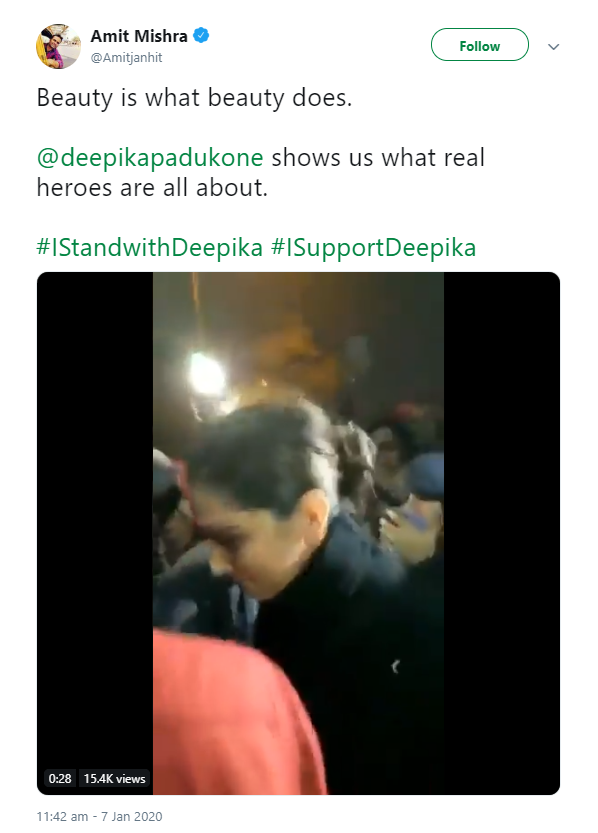 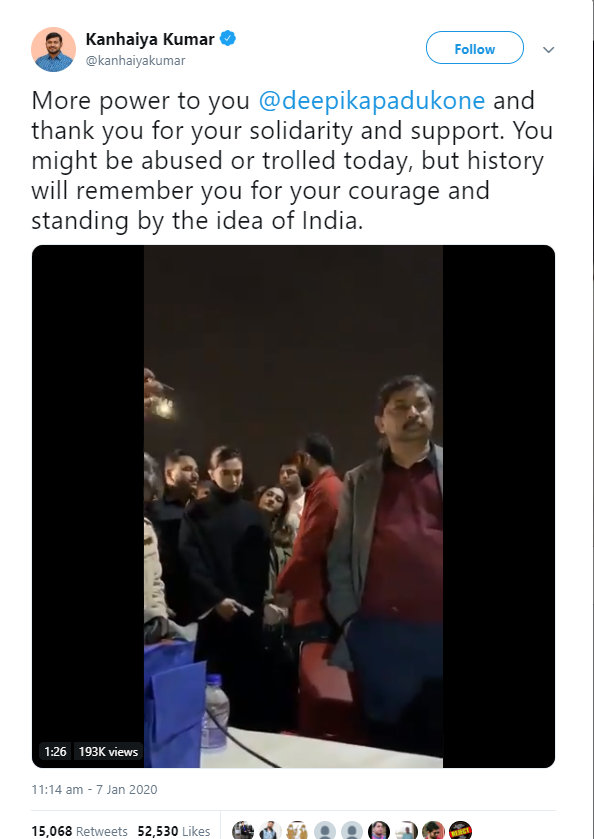 "I feel proud that we are not scared. I think to be able to express ourselves. I think the fact we are thinking about this and about the future of our country," Padukone told NDTV on Monday. "It is nice to see people are coming out on the streets to voice this and express [themselves]. Because if we want to see change, this is very important." 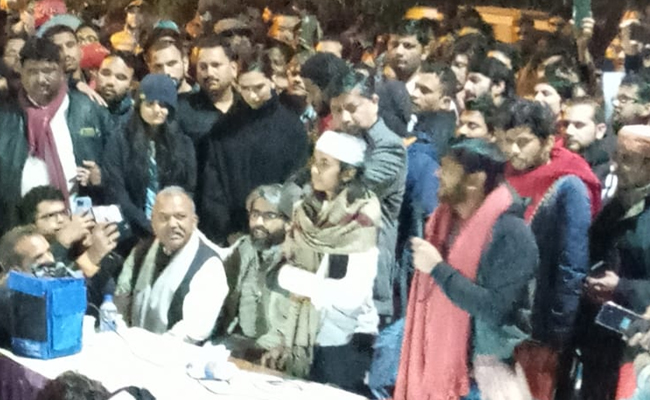