Chhapaak in Devanagari means the sound of a splash. More precisely, chhapaak is the sound when something hits a liquid or a liquid hits something solid. This partly explains, in one word, what statement the film Chhapaak has tried to make.

Has it succeeded in making a splash? Yes, it has and something much, much more.

The film reaches out beyond just a splash to demonstrate that it is not “just a splash” for the one on whom that liquid, generally called “acid”, is splashed going to her tuition class or a beautiful young woman in bridal make-up waiting for her big moment. It is something that metamorphoses her life from living to a life worse than death.

The film hits out at every concept and ideology about what we have been conditioned to understand as “beauty” in a girl or a woman. Meghna Gulzar, who finally came into her own with her previous milestone Raazi, restrains every attempt to reduce the life of the film’s protagonist, Malti Agarwal (Deepika Padukone) into a soppy, sentimental, melodrama filled with self-pity and the hate and/or pity of everyone around her. Malti is the fictionalised celluloid representation of the real-life acid victim Lakshmi Agarwal.

Malti Agarwal, a schoolgirl of 19, comes from a family living on the fringes of poverty with an alcoholic father and a wastrel younger brother. She is a fun-loving, friendly girl with a boyfriend on the side her parents know nothing about. They also have no clue about their neighbour Basheer, much older than Malti, has been stalking her for days and even threatening her if she refuses to marry him. Malti deletes his messages on her cell and unwittingly creates the circumstances that lead to Basheer, with the help of a female cousin, splashing acid on her, leaving her to scream in extreme pain, lying on the road, with the crowds on the street turning voyeurs to the attack till an elderly Sikh gentleman picks her up, pours water on her and calls up the ambulance and the police.

This, repeated in the flashback towards the end points out to the common people’s completely casual and voyeuristic attitude towards fellow-citizens hurt/injured/attacked in public. This is known as the “Bystander Effect”. It is passive violence because it is abstract and formless, expressed only through the action of watching and then moving away. Most of the time, we do not even realise that this walking away might lead to the victim’s death.

The focus however, is on Malti’s journey through the way she picks up the debris of her life and face, with an ear having melted into her face, her eyes stretched unnaturally, her face describing in detail, the story of her attack, till she finds her footing in a world she did not know – with other women victims of acid attack when she joins a NGO working exclusively towards the reconstruction and rehabilitation of acid victims and finds identification with them.

There is a slice where an acid victim is refused admission and treatment at the local hospital and has to be brought to Delhi because she belongs to a low caste!

We do not find these women wallow in self-pity at any moment but Malti is emotionally disturbed when one acid victim dies in hospital. But she soon perks up and gets back to her cheerful, fun mode, boosting her peers with her smiles and her charm, or rushing to the hospital bed to be beside a new victim.

The USP lies in the film’s honesty in the way it explores the courage of the other victims, picked from real life, always smiling, singing songs through their crooked lips and non-existent noses, redefining the term “beauty” for the female form in every sense of the term. 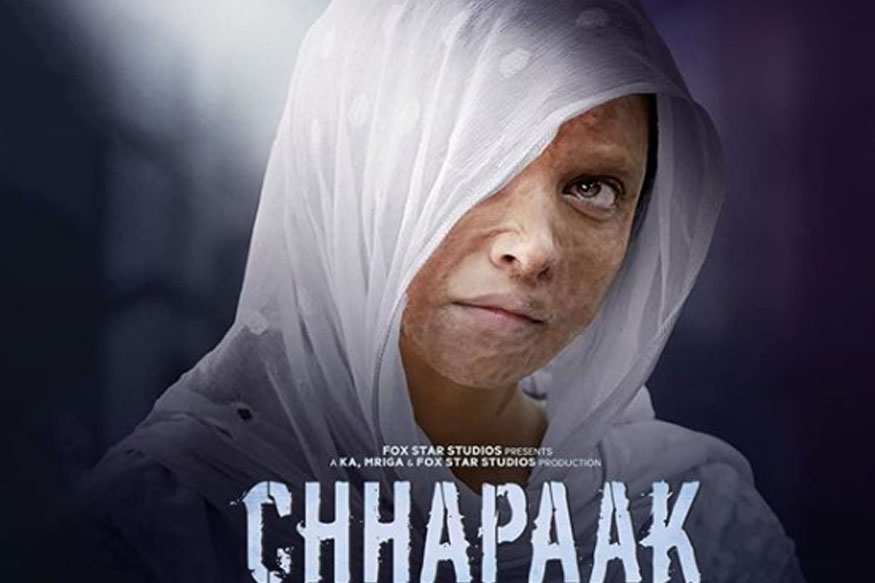 Interestingly, Deepika Padukone was recently declared the sexiest Asian woman of the decade by an online portal in London. Placed against the Malti we see on screen, this defines one of the most powerful ironies in life that redefines the term “beauty”.

Deepika delivers her lines, smiles, cries and screams through all that thick prosthetic make-up as realistically as if the scars and the disfigurements have been a part of her real persona, with few shocking moments when she screams as she sees her disfigured face in the mirror for the first time after the attack, or, trying to put on a dangler and then realising that one of her ears has melted into her face.

“Where will I put on danglers when I have no nose or ears?” she asks her mother, in desperation. Later, we find one dangler hanging from the good ear. She takes off the veil that covers her face as she moves on along with her story of courage.

Courage also goes to her two women lawyers and the social activist who stand like a solid wall through her two court cases – the first to see that the two accused who destroyed her face are punished and two, the success of the PIL she had filed to ban the free selling of any kind of corrosive acid openly across shop counters.

The acid victims women are sparklingly honest though they have never faced a movie camera ever before. You do not ever feel like turning away your face from theirs out of disgust or fear, so much are you made to feel one with them as we see them merge into the mainstream. Chhapaak successfully strips us of our normal dislike of looking at disfigured faces – natural, accidental or deliberate.

Vikrant Massey as the founder-head of the NGO Malti works in, is the most no-nonsense, dry and unromantic male one has seen in any recent film. His performance is brilliant. He refuses to acknowledge that he has fallen in love with Malti though she wistfully asks him what his problem is if someone were to love him silently.

Chhhapaak is as lavishly mounted as a mainstream, big budget film targeted at the mainstream audience. But that is the point. The mainstream street public which remained curious bystanders when Malti was attacked, need to watch this film and take a few lessons in not remaining bystanders.

The lyrics, mainly of the theme song, are beautiful but the film could have done well without any song at all as the songs soften and sometimes disturb the sharp, razor-like edge of the narrative. The editing is okay. The cinematography does justice to the mid close-ups and medium shots inside hospitals without romanticising the tragedy as well as the street scenes and the scenes shot inside the courtroom which covers considerable footage.

Though Malti triumphs in the fight to get her attackers jailed for ten years, the law passed to ban the sale of acid across counters is violated everyday with impunity. Acid throwing is an extreme form of violence where most perpetrators are men and most victims are women.

Acid is a corrosive substance that can burn holes in wood and corrode metals. Thrown on a person, acid causes skin tissue to melt, frequently exposing the bones underneath or leading to the loss of eye(s), hearing or irreparable damage to hands raised in defense. Permanent physical disfigurement is unavoidable and serious disability frequent.

Chhapaak opens with the crowds protesting the Nirbhaya rape case after December 2012. Is this a cliché? Or, is it a pointer to equalizing rape with acid attacks?

The film closes on another tragedy. Through the attack and subsequent death of a young bride-to-be, we see how, even after the legal ban, acid can be readily acquired as retailing of acid goes on unabated, undetected and unpunished. Malti’s story is one more added to the ever-increasing list of acid victims like Haseena (April 1999), Poonam (October 2000), Shruti (October 2001), Suman (November 2006) and hundreds of others, many of who are dead.

How much of acid does one need to blow up the life of a fellow-human? How much hate can one build within oneself to throw acid on someone and destroy that person’s life for good?

Acid throwing is a vicious form of violence against women. Many of us are not aware of the extent and form this violence takes. It took a lot of courage for a glamorous and highly paid star of mainstream cinema like Deepika Padukone to co-produce the film as well as play the protagonist. The film adds one more feather to the directorial cap of Meghna Gulzar. Hats off to the entire team who reached beyond their professions to become a solid agency for awareness of and action against crimes against women. 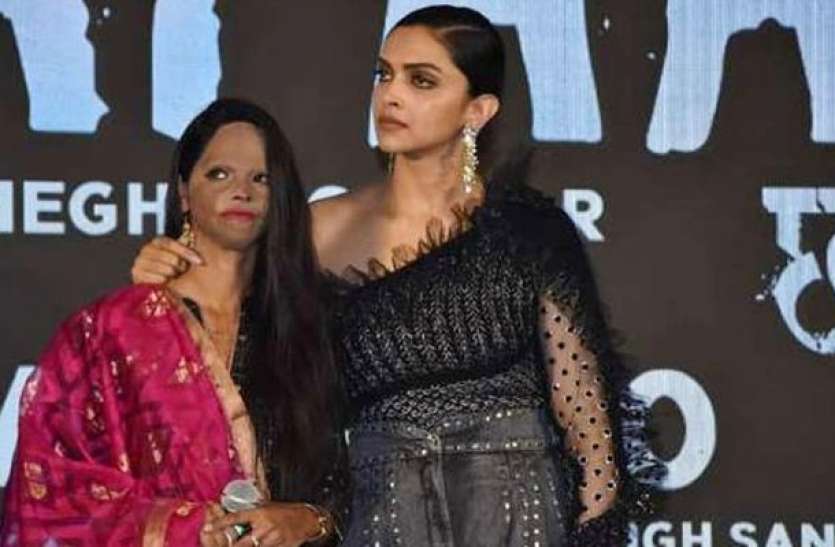 Dosh: Exploring Authority, Obedience and Guilt in the Context of Sedition