A performative art exhibit to celebrate the “strength of women” and “womanhood”, was disrupted at the India Art Fair on Sunday when police entered, reportedly acting on an anonymous complaint that artwork against the Citizenship (Amendment) Act was being exhibited.

Gargi Chandola, one of the participating artists confirmed the same. She told The Citizen that the exhibit at the Italian Embassy Cultural Centre booth was a “live community artwork”, which was about “celebrating the artistic unity across diverse communities.”

Curated by Myna Mukherjee, the exhibit reportedly featured paintings, poetry recitations on love, beauty, tenderness and the strength of women as well as songs, including Faiz Ahmed Faiz’s ‘Hum Dekhenge’.

The Post-Arts Project, a multidisciplinary arts studio co-founded by artists Gargi Chandola and Yaman Navlakha released a statement on the incident, stating that the police questioned the artists on intention behind the work, reportedly concerned by an Urdu couplet displayed on the wall.

The police allegedly revealed they were responding to a complaint registered by an unknown person, about “artwork being prepared by someone wearing clothes resembling the women sitting in Shaheen Bagh.”

"The artwork was not about any one particular protest or issue. It is about the women of India. We had together created a space to celebrate women. It was purely in solidarity and celebration of the resilience and strength of the women in India. This was in no way political. We don't know what the problem was. The audience was very receptive. But, someone complained," Chandola told PTI.

Just before the fair was to end, the police reportedly asked for the artwork to be taken down and the live display to be stopped. According to Chandola, the police initially left the area after Mukherjee reasoned with them. However, the India Art Fair management came to the booth and gave instructions for the artwork to be taken down, eventually sealing off the booth to all visitors.

As per India Art Fair’s statement on the issue, the management had not been informed about activities at the booth, reports The Indian Express. “In fact, post the incident, the fair director spoke with the Italian Ambassador who confirmed they too had not been informed of the activities taking place in their booth. The organisers only became aware when police arrived,” the statement said.

The Italian Cultural Centre refused to comment on the issue when contacted by The Citizen.

According to Post-Art Project’s statement, the schedule for the all day event mentioned on the invite, was repeatedly and clearly shared with the India Art Fair management by the curator.

"The India Art Fair management behaved very unprofessionally and made the matter out of proportion,” Indranil Roy, another participating artist told PTI. “Police did apologise for the misunderstanding and fair's management came charging on us without even trusting the artists' works or the curator,” he said.

PTI reported a senior police official stating they had received a PCR call that some paintings depicting the CAA were being exhibited at the fair. “A police team was sent to check it, but no such painting was exhibited,” the official told PTI. The police also stated they had not confiscated any artwork.

Meanwhile, Chandola and Navlakha, in their statement, allege, “The Art Fair is NOT a safe space.” “We now apparently can’t use words that offend people, can’t wear clothes that make people uncomfortable, and certainly can’t peacefully perform and create,” reads the statement. 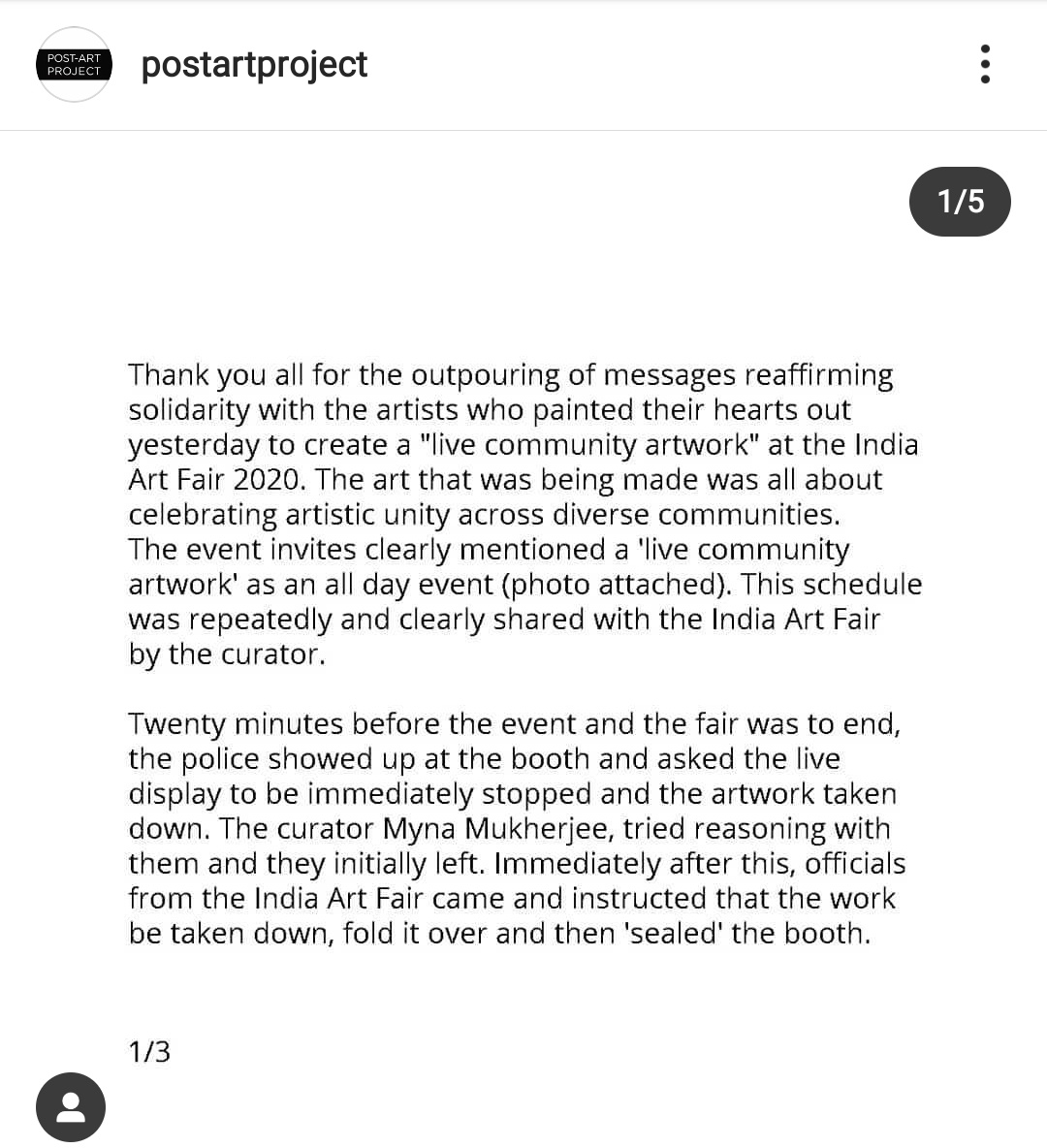 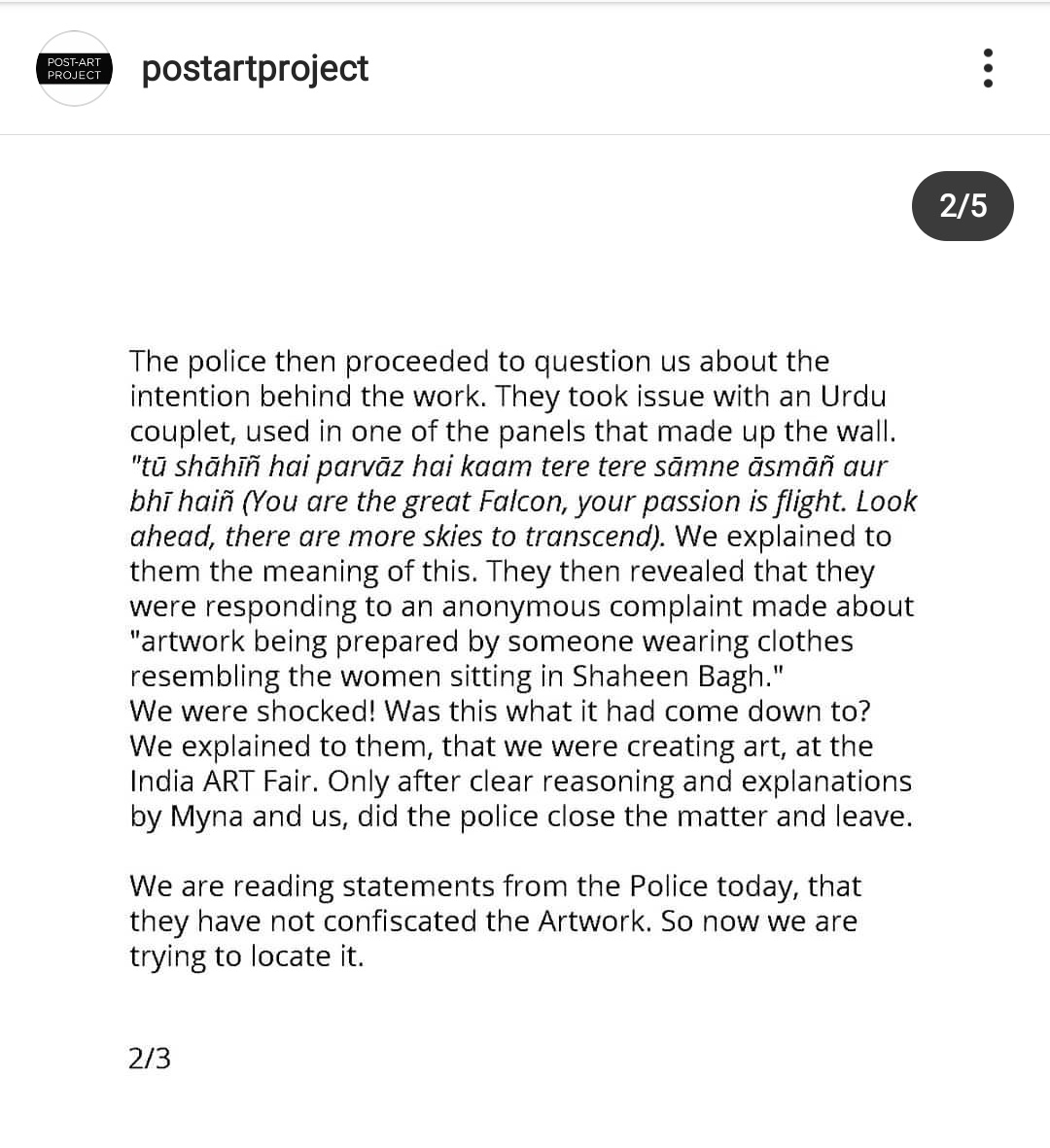 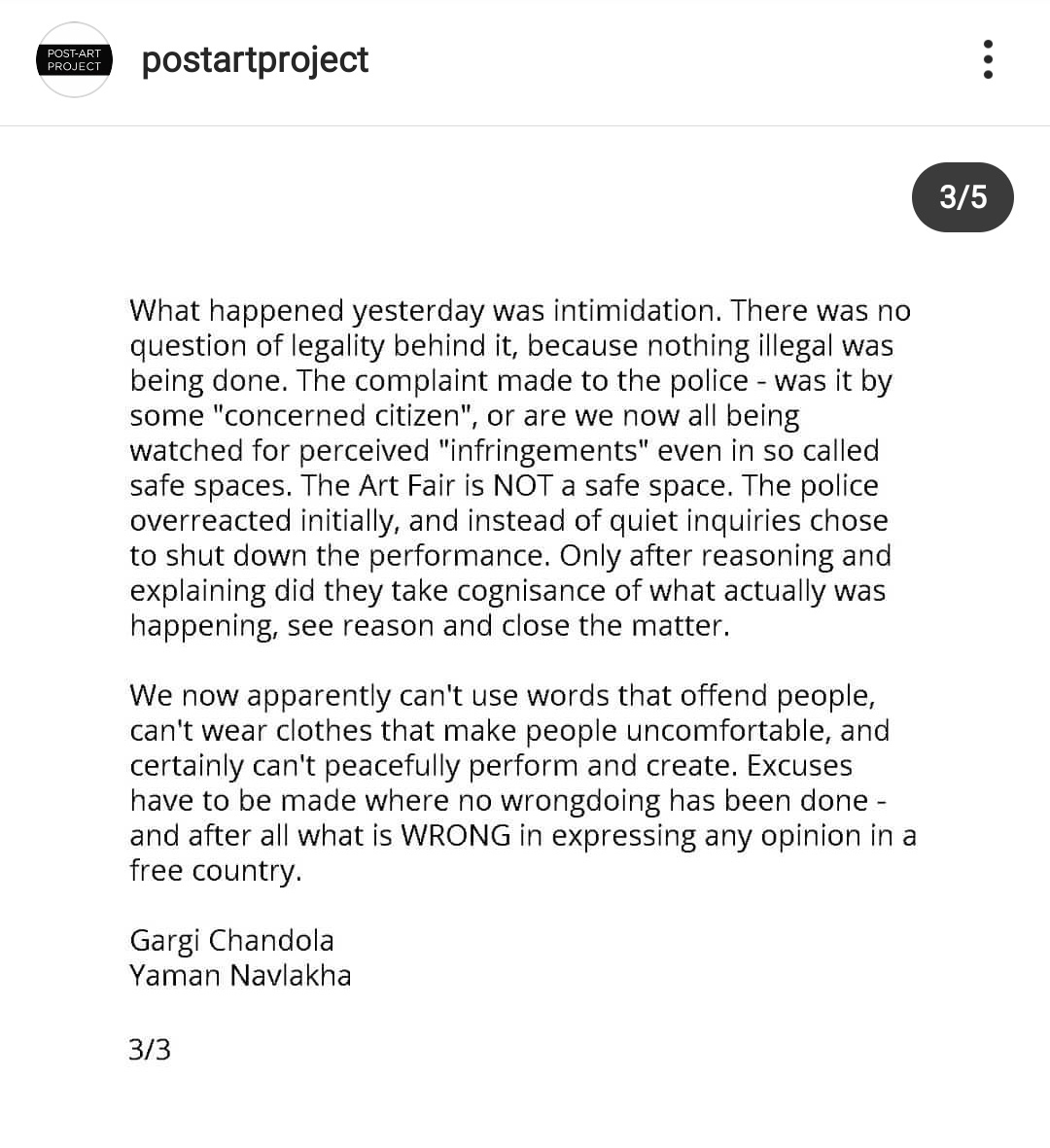 Social media has witnessed an outpour of messages in solidarity with the artists part of the exhibit. 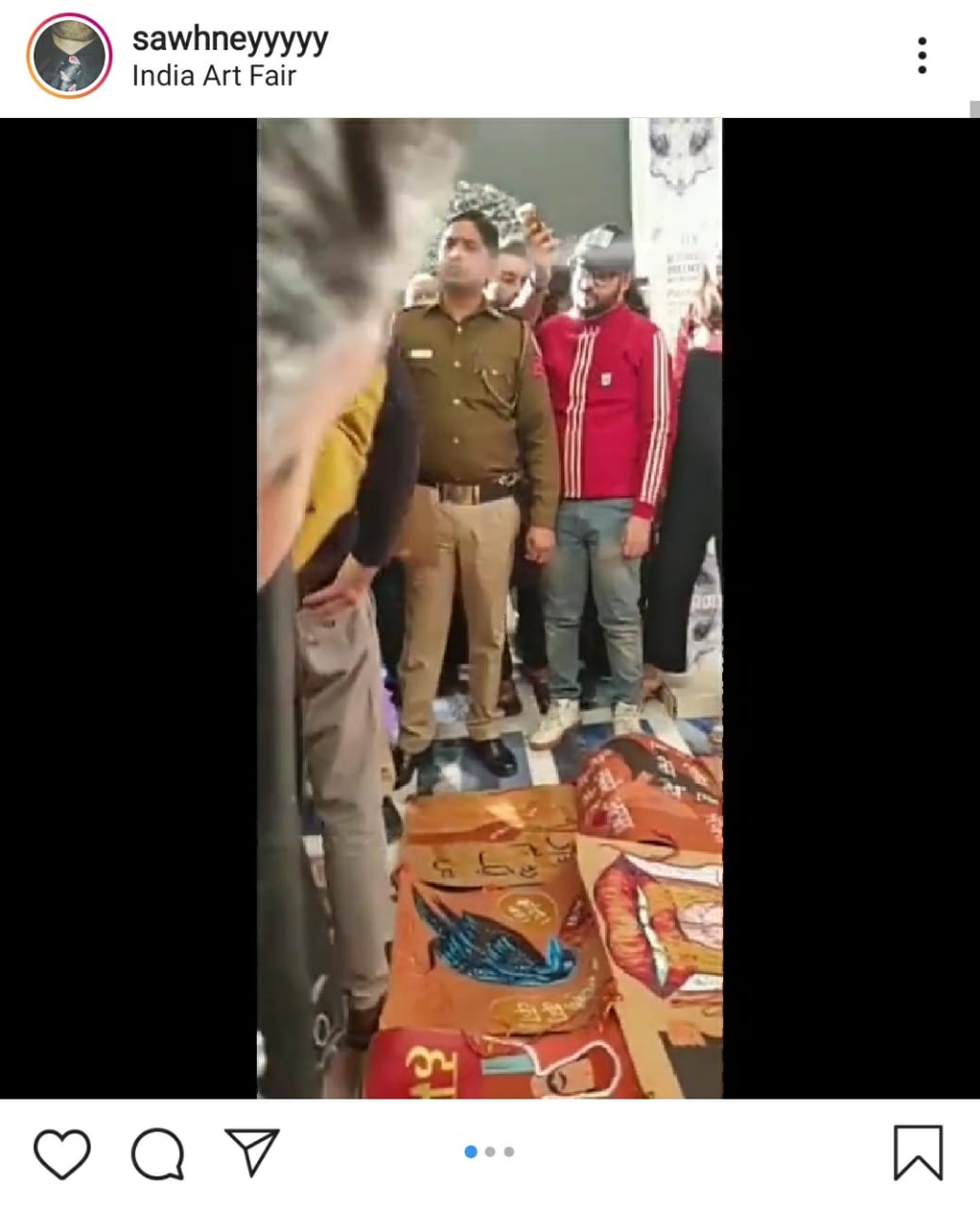 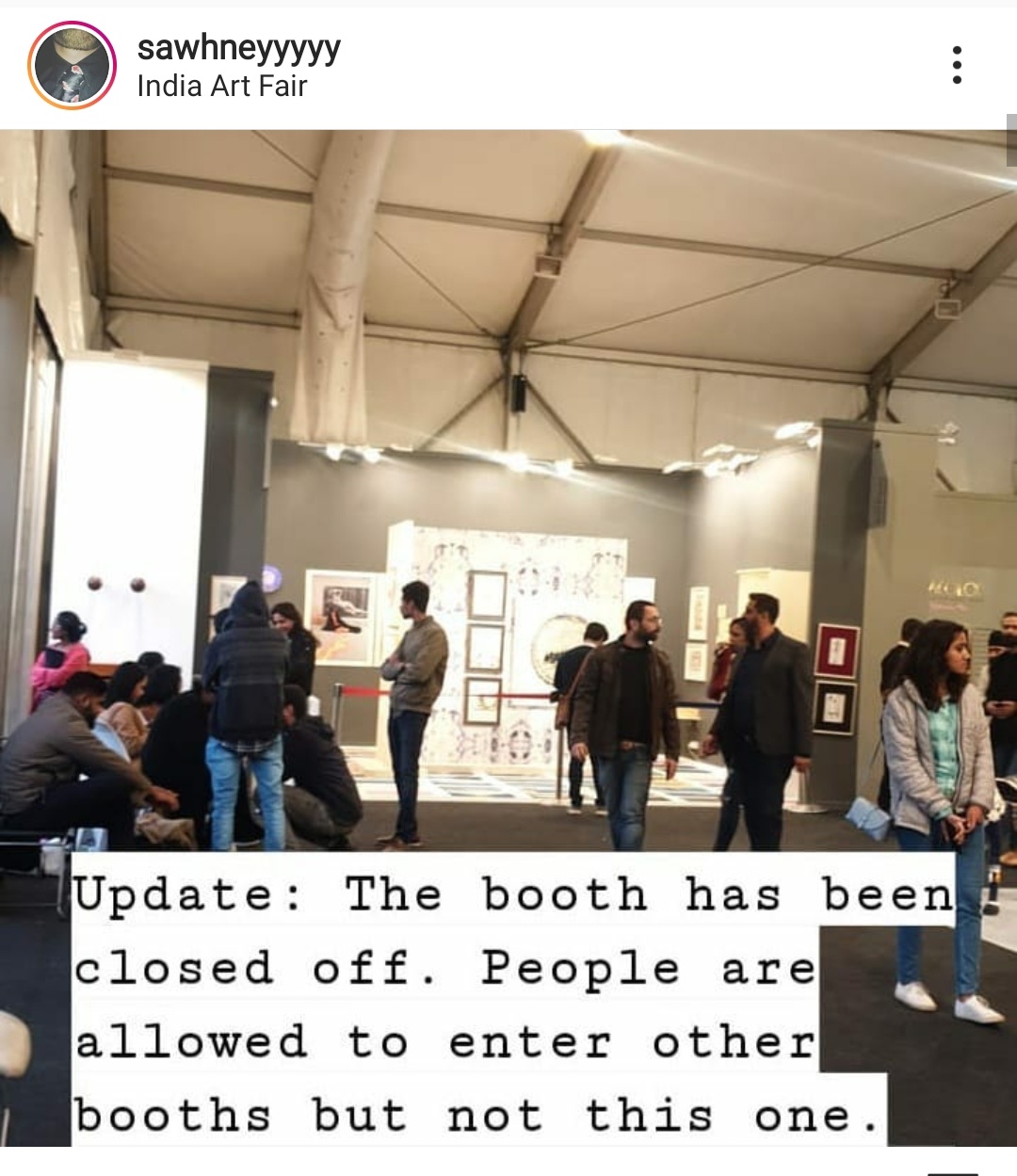 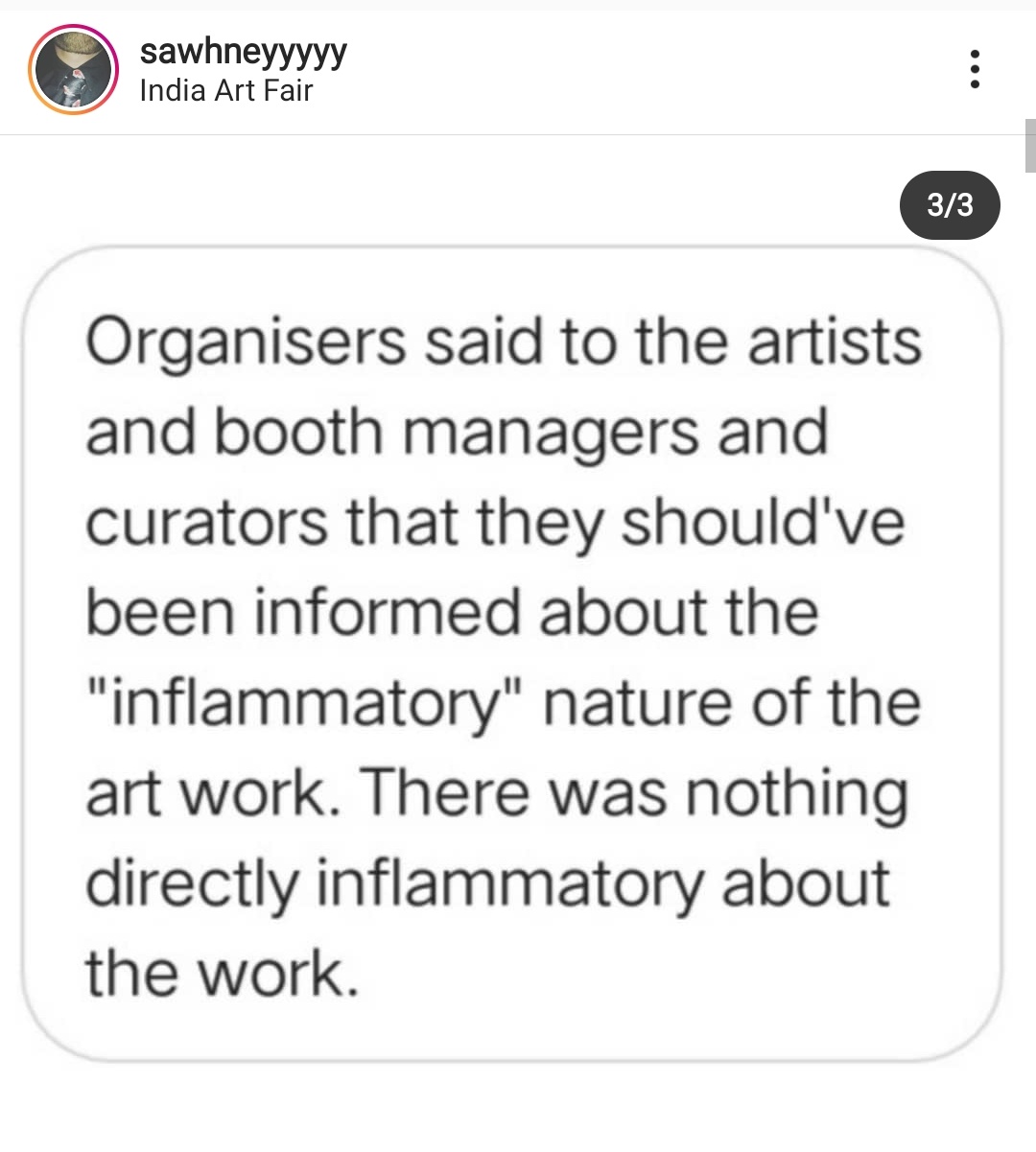 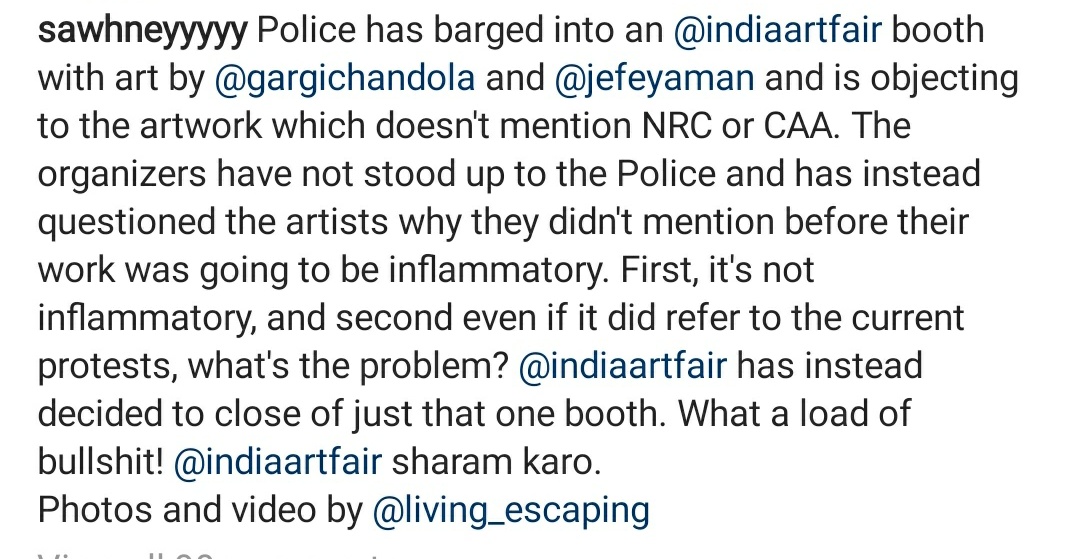 This Coronavirus Wasn’t Made in a Lab—But Was it Leaked? 5 minutes ago

Art in the Time of Corona - Rescue for the Recluse