I was always a bit in awe of this man. He seemed so self-assured in his quiet unassuming way, with eyes that grilled your credentials and presence. He did this without saying a word or looking your way. But, what a master he was at management control, seeing that everything went right, and ensuring that the maximum good would come out of what he was overseeing.

My association with NFDC goes back from the time it was created in 1975, and even prior to that, when it functioned as the Film Finance Corporation (FFC) under the highly regarded journalist, B K Karanjia.

My mind boggles dealing with these long decades. NFDC was a flailing organisation then, unable to hold its own despite its official supporters and private well-wishers like myself. There was that amazing spark of a woman, true-blue English but Indian to the core, who unfailingly supported India and Indian cinema. She was Pamela Cullen, at that time the feisty London representative of NFDC.

However, when Nina Lath Gupta arrived on the scene in April, 2006, as its Managing Director, NFDC suddenly began firing its life support systems on all cylinders. Her creation, Film Bazaar, was a god-send for Indian filmmakers - a prime place for creative entrepreneurs to negotiate their marketing strategy and meet their leading players on the world scene.

The Film Bazaar was bang-on, exactly what the Indian filmmaker with his new project needed – a common meeting ground for film professionals on the world scene who could advise and help filmmakers showcase their work and gain recognition in their efforts to make their dreams come true. Film Bazaar is also where they could meet members of the Press, and people like myself, who were promoters of the independent cinema we so loved.

Nina Gupta had the extraordinary perception to create the Film Bazaar in Goa, making it coincide with the huge government-run International Film Festival of India (IFFI) so that the two could have a rewarding synergy. 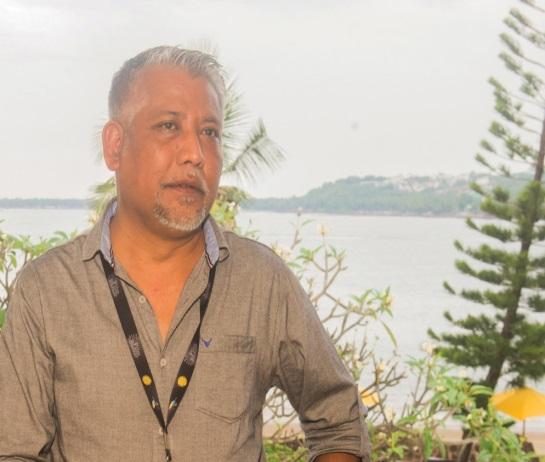 Panjim and its well-located Marriot Hotel provided the ideal setting for the Film Bazaar. This was the scenic setting for a well-coordinated gamut of film-related events during the day, with astutely chosen film professionals from India and abroad to serve as informed speakers and experienced advisers. Refreshingly, the evenings provided a fun place where all diverse film professionals could unwind and yet relate to and meet those with whom they could extend their goals. The Film Bazaar’s four packed days of hard work and delightful evening partying helped us get to know others in our field, within India and also from abroad.

The Film Bazaar, thanks to Nina Gupta and her front line colleague, the flint-eyed Raja Chhinal, offered the unique platform where Indian film professionals and world cinema players could meet and collaborate.

I recall Raja controlling this scenario with expert vigilance and caring concern. The Film Bazaar under the remarkable Nina-Raja duo became a haven for our film community to dive into the plethora of the country’s new, emerging cinema and explore its diverse culture and worldwide appeal.

And Raja was at the forefront of expertly fuelling this worldwide connection for Indian filmmakers. He was always ever-present, evaluating all those who thronged the Film Bazaar in Goa. He was ever-present too, at the India Pavilion in Cannes, which Nina Gupta fine-tuned with such finesse, making it one of the most prized meeting places in this highly regarded setting.

Raja had none of the flamboyance or smooth talk of the stereotypical film spokesman. That was his strength. He inspired belief, and faith and credibility in a sphere that was often layered with gloss and glamour. His sincerity was a source of great strength and solace to filmmakers and his co-workers.

We thank and applaud you, Raja.