Busan International Film Festival (BIFF) 2020 presented its 25th edition with its usual aplomb while keeping current issues in mind. The COVID-19 crisis led to a BIFF that this year was more down-sized, carefully monitored online, as well as an on-ground event, with a commendable range of film offerings from around the world, despite the current constraints.

BIFF heralded the first international film festival in Korea in 1996 over September 13 to 21, aiming to highlight new films and first-time directors, especially from Asian countries. The festival has been noted for its young audience and also its promotion of young talent. In 1999, the Pusan Promotion Plan (renamed Asian Project Market in 2011) was established to connect new directors to funding sources.

BIFF took place over the last ten days of October 2020 as a down-scaled on ground as well as online event. In contrast to the usual film talents from the world over invited to grace the festival, there were none this year due to the COVID-19 constraints. Those attending had to wear masks, with social distancing making available only a quarter of theatre seats. Medical specialists and safety measures were also readily at hand. The festival’s opening, closing and special engagements were held at the impressive Busan Cinema Center. Despite the strictures and a reduced 200 from the 300 films of recent years, 2020 saw each film being screened only once on the Centre’s five screens. An overall 192 films from 68 countries were screened.

The festival acknowledged that the Online attendance for the Asia Contents Awards, Forum BIFF, Asian Film Awards and the Mira Nair Master Class totaled 30,204 views. It added that the festival held 135 Q&As. Of these, 90 were through video calls with filmmakers abroad and audiences in Busan, 45 were on-site in Busan with filmmakers in-country.

Over the years, India has held its own spotlight at this esteemed South Asian film event. This year the Indian presence, centre stage and online due to the pandemic, was the effervescent, ever inspiring Mira Nair.

Mira Nair’s Master Class
On October 22, Mira Nair conducted an online Master Class which offered participants a sweeping look at her life as a filmmaker living in different places and also between worlds. Hwang Hei-rim, Research Fellow at the Busan International Film Festival’s Jiseok Film Institute and a producer at the Metaplay film studio, was the moderator. Videos of the master class will be made available on the festival’s official YouTube channel.

Head of New Currents Jury
Mira Nair also had the signal honour of heading BIFF’s New Currents Jury this year. Her team awarded the two films, A Balance and the film Three, supporting their choice with the statement: “Both are drawn by deep contemplation on human society, yet each has achieved its own unique cinematic language” and adding, “Even with all the circumstances of pandemic, these two brilliant films guarantee the continuity and possibility of production of cinema, relentlessly re-addressing the ever important appeal to humanity as well as the challenging yet necessary acknowledgment of human weakness and failure.”

Shyam Madiraju's “Harami”
India/USA, 2020, 100 min
Section: New Current - World Premiere
This 100 minute Indo-US collaboration unravels a story of crime, punishment, atonement and salvation as skilled teen-aged orphan and pickpocket Pachpan operating in Mumbai is faced with guilt on visiting the owner of a loaded wallet that he steals.

Ivan Ayr’s “Milestone”
India, 2020, 98 min
Section: A Window on Asian Cinema
Ghalib is a truck driver who spends most of his time on the road. The camera emphasizes close ups of Ghalib sitting behind the wheel - a vagabond who doesn’t need nor has any affection for a home.

Arya Rothe, Isabella Rinaldi, Cristina Hanes’ “A Rifle And A Bag”
India/Romania/Italy/Qatar, 2020, 89 min
Section: Documentary Showcase
The film portrays the life of a family involved in the ongoing fight of a communist group called “Naxalite” in a calm and static rhythm.

Suman Mukhopadhyay's “Captive”
India, 2020, 85 min
Section: A Window on Asian Cinema - World Premiere
“Captive” is a road movie about Vasanti, recently released from prison and on her way to find her family, and another ex-convict Chandu, who accompanies her.

Prithvi Konanur's “Where Is Pinki?”
India, 2020, 108 min
Section: A Window on Asian Cinema - World Premiere
When Bindu returns home on her way to work to retrieve something, her 8-month daughter Pinki and the nanny Sannamma are missing and her house is full of smoke. Frantically Bindu spends the whole day looking for Pinki. Sannamma does the same, after having lent the baby to her friend Anasu, who uses the baby to beg for money in the streets. The film has a strong feminist angle that many middle-class, educated Indian women will relate to.

Ananth Narayan Mahadevan's “Bittersweet”
India, 2020, 101 min
Section: Kim Jiseok Award Nominated Film - World Premiere
Saguna quits college to work on sugarcane fields with her family and thousands of others. But there are no toilets for them. Menstruating women have to take days off and pay a fine for missed days. Women who are hard up are forced to undergo a hysterectomy. Saguna is referred to an illegal clinic for such a procedure while she shoulders the burden of her family’s survival.

M. Gani's “Matto’s Bicycle”
India, 2019, 95 min
Section: A Window on Asian Cinema - World Premiere
In a rural village, Matto, a construction labourer is the sole provider for his wife and two daughters. His worn-out bicycle is his biggest asset, which on one critical day is damaged in an accident. Will life be the same for him again?

Chaitanya Tamhane's The Disciple
India, 2020, 128 min
Section: A Window on Asian Cinema
Chaitanya Tamhane’s “The Disciple” exists at the delicate cross-section between visual and oral tradition, exploring Hindustani Classical music — an eight-hundred-year-old art form — through the ever-changing lens of the modern world.

Sanal Kumar Sasidharan's “A’hr”
India, 2020, 105 min
Section: Kim Jiseok Award Nominated Film - World Premiere
Nearly 40-year-old Maya and 20-something Akash join a group of trekkers hiking the Himalayas and get drawn to one another. Their risky trek begins when another man interested in Maya intrudes on their relationship. 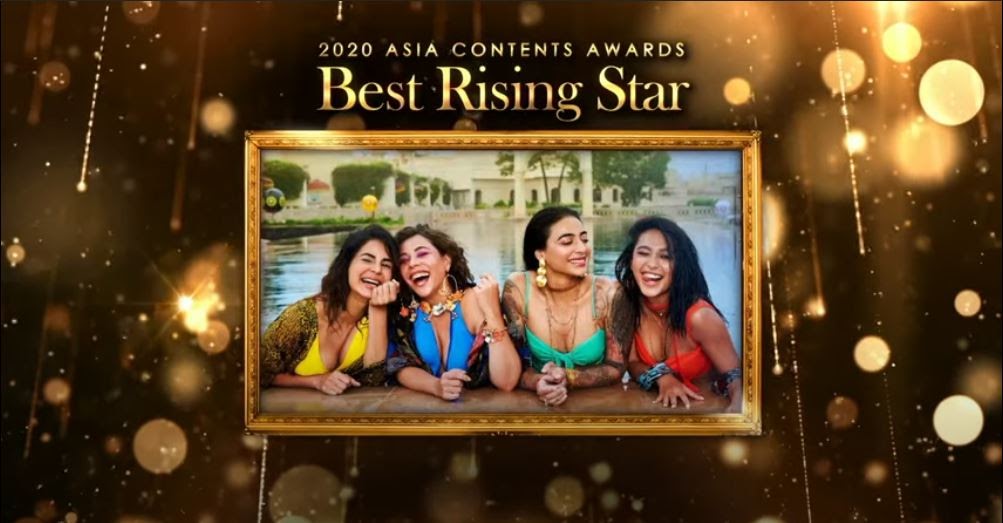 193 professionals from 36 countries have virtually participated, and 461 business meetings have been made. Although the number of selected projects decreased from that of the previous year’s to 21 projects, this year’s APM consolidates its position as the largest investment and co-production market in Asia with a high rate of business meeting arranged per project despite entirely virtual events.

This year’s APM gathered high anticipation for including many projects by directors who have made great achievements at the Busan International Film Festival. 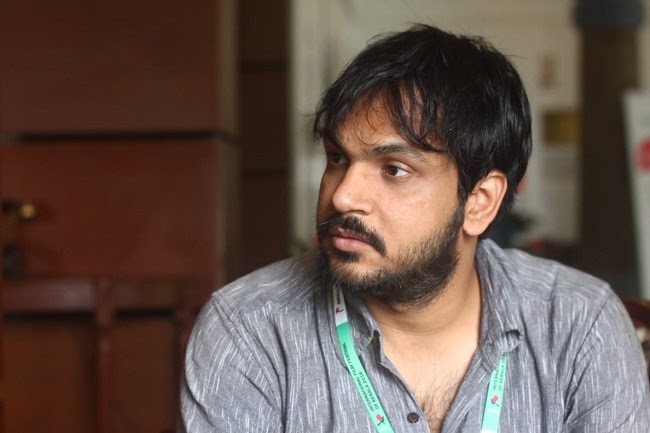