Das Capital – Ghulamon Ki Rajdhani is the last film directed by late cinematographer Rajen Kothari along with noted filmmaker Dayal Nihalani. Sadly, Kothari died suddenly of cardiac arrest in 2012. He had completed shooting the film just before he passed away but its release was stalled for eight long years. However, the time gap has not dated the subject of the film in any way.

Das Capital - Ghulamon Ki Rajdhani explores the brutal exploitation of labour even within the same organization of a simple cashier in the village level, Purushottam Ram (Yashpal Sharma) who becomes a helpless victim of the corrupt bureaucracy he is a part of and of his poverty resulting from his honesty within a totally corrupt environment.

Rajen Kothari was one of the most outstanding cinematographers in Indian cinema. His range in cinematography offers a panoramic genre of films and filmmakers ranging from Hip Hip Hurray through Ghayal, Jaane Bhi Do Yaaron, Damul, Mrityudand, Pestonjee, Ek Nodir Galpo, Zubeida, Welcome to Sajjanpur to Netaji Subhas Chandra Bose – The Forgotten Hero. When he passed away, he headed the department of Cinematography at Whistling Woods in Mumbai. He stepped into direction with Purush, (1994) adapted from Jaywant Dalvi’s noted Marathi play of the same name.

Purush was a scathing and violently graphic critique of patriarchy set against the backdrop of a small town in Maharashtra. It was about a simple school teacher, Ambika (Ashwini Bhave) who is oppressed by everyone in power and finally, by the local politician Gulabrao (Om Puri) who avenges her rape by Gulabrao by emasculating him and leaving him to die. But the audience did not take to the film and he found it tough to get another producer. Yet, Purush remains a pathbreaking film which departs from the original play and ends with the director’s personal point of view vesting Ambika with the power to fight back even at the cost of her life. 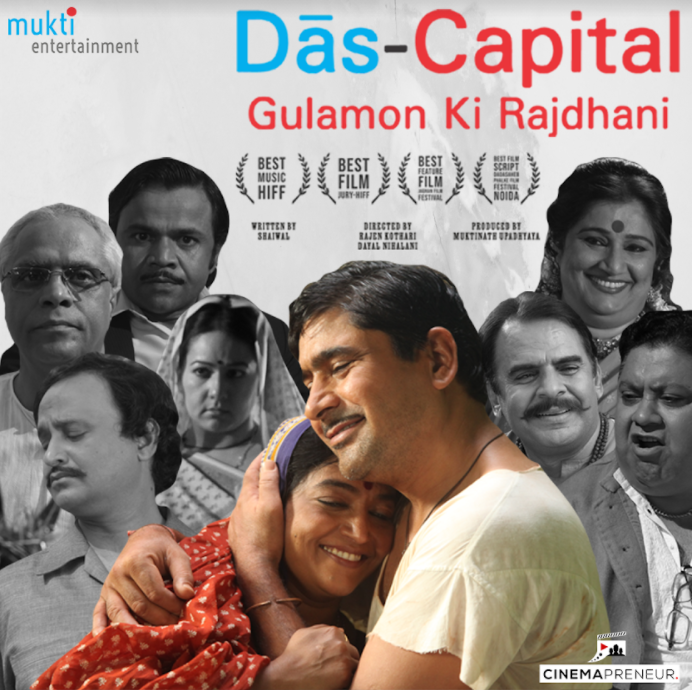 Das Capital – Ghulamon Ki Rajdhani takes a different approach harping on an ordinary young man’s extreme vulnerability that has never taught him to fight back or even to express his protest against persistent exploitation not only by his immediate superiors but also to express his anger against the system.

The title of the film takes from Karl Marx’s (1818–83) Das Kapital in which Marx proposed that the motivating force of capitalism lies in the exploitation of labour capitalism is in the exploitation of labour whose unpaid work is the ultimate source of surplus value. The historical section shows how these rights were acquired in the first place chiefly through plunder and conquest and the activity of the merchant and "middle-man".

This prefix to the Hindi title however, is a bit too far-fetched to fit into the frustrations and tragedies of the simple Purushottam’s life. Ghulamon Ke Rajdhani positioning the story in a small town somewhere in Bihar, reaches beyond its geographical limitations and stands as a metaphor for all small towns and big cities in India soaked as it is, in corruption at every level which cannot be attained without exploiting people like Purushottam.

The film is adapted from two short stories by the writer Shaiwal, namely 'Arth Tantra' and 'Akvan Ka Coat'. It is set against the backdrop of a small town in Bihar in the 1980s but the narrative crosses barriers of time, place, people and ideology as today, the scenario across the country is worse than one gets to watch in the film.

The film opens on the banks of a river with a beautiful raga-based song establishing the sad backdrop where we find Purushottam lamenting over the sad and tragic death of his wife. The film flashed back to a village where the young Purushottam has come to choose his bride. But there is no one to accompany the barat except his peon because his village-related uncle suddenly dies before the wedding. He brings his bride home and the small bytes into nuggets of their married life followed by three little boys. The wife is helped by Purushottam’s widowed aunt who is not happy with the bride’s laziness. 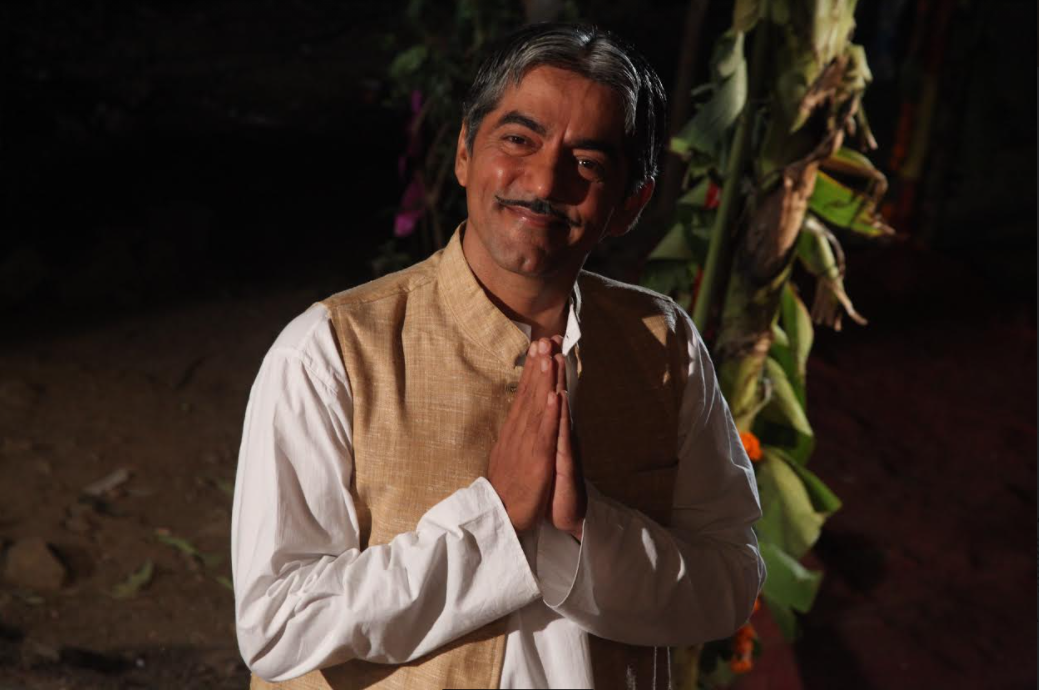 Purushottam is not only honest and naïve but is also a very religious man who is often seen chanting some mantras under his breath. His immediate boss who has less direct access to the cash box than Purushottam, takes every opportunity to force Purushottam to take money out of the cash box and go against his principles.

Purushottam’s family life is reasonably content but this happiness is often intruded into when he is summoned to attend to some ‘official’ work. We see his brows forever screwed up in a frown for his constant worries of being exploited, the fear of compromising on his integrity from the pressures of the job and the unavoidable grip of poverty.

A minister in hi sudden visit is entertained with Launda Naach to keep him distracted from closer inspection. But the minister beats a hasty retreat when the news arrives that some ‘gift’ is waiting in his car. That is an end to his “inspection.” The small nuggets of side-plots offer insights into small town life in Bihar, such as the elderly man sexually exploiting the neighbouring wife, reducing her husband to an incurable alcoholic while their son is hell bent on revenge. The peon offers a supportive character.

The production design of the small town, the hurried shift when Purushottam is transferred, the scene of the village elder’s home going up in flames is a high point of the film as is the cinematography dominated by brownish, bronze and sienna hues. The music complements the narrative like a beautiful symphony, soft, subtle and subdued in keeping with the mood of the entire film.

The acting is organic and excellent specially by the main actors who play the lead roles along with the supporting characters with the honours going to the versatile and talented Yashpal Sharma as Purushottam. The saddest truth of the film is that director-cinematographer Rajen Kothari is not alive to watch the film along with his cast and crew. 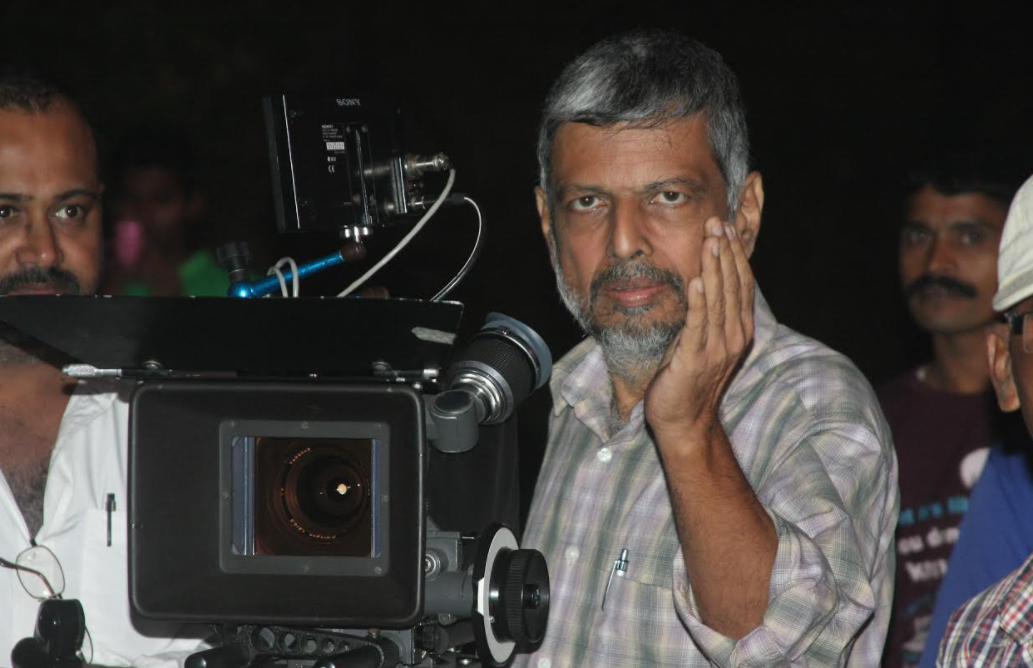 Ghulamon Ki Rajdhani is a very realistic and sad film but the treatment is touched with subtlety and restraint which takes much of the sharpness of the bite away from the tragedy. 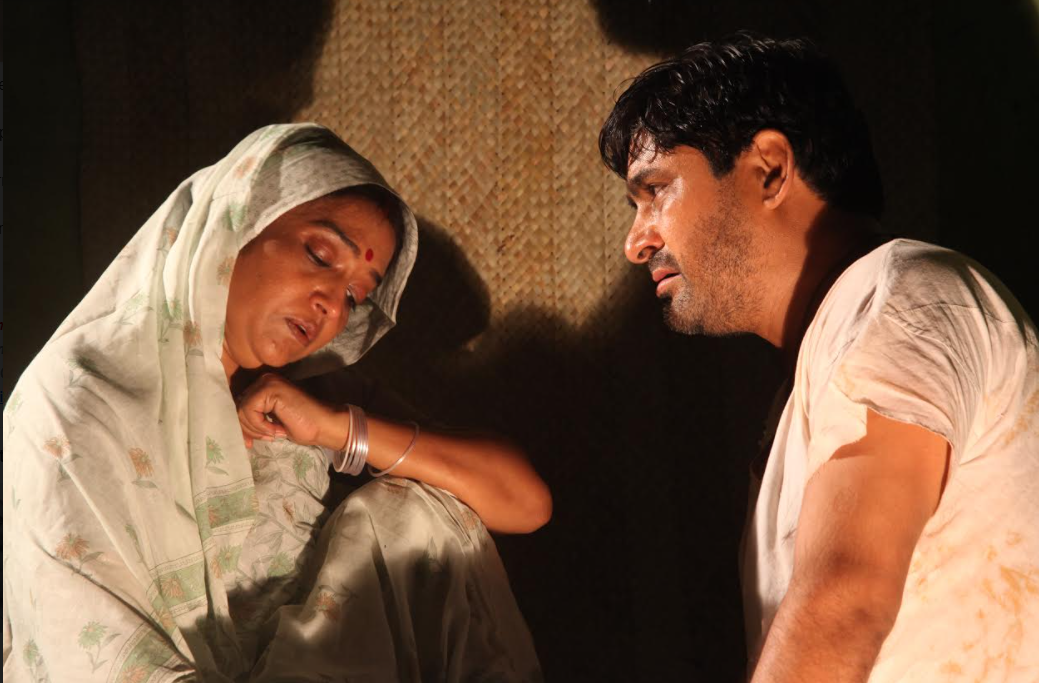