Alankrita Srivastava, still in the flush of youth hell bent on focussing on the desperation among sex-starved women who made a big splash with Lipstick Under my Burkha takes her argument further first with Dolly Kitty Aur Woh Chamakte Sitare and then Bombay Begums.

Pegged as the comeback venture of Pooja Bhatt, a very talented actress who quit films much before realizing her full potential, this six-part tele series released on NETFLIX goes all out to present women as the more successful sex with husbands-in-waiting who have no issues with a wife much more of an achiever than they themselves are.

Rani (Pooja Bhatt) the CEO of a noted bank, is also the brand ambassador for her bank which raises ethical and legal questions about whether any corporate house would permit its CEO to become its brand model.

Back home, her husband Naushad (Danish Hussain) is a very-much-in-love househusband who knows she is having a roaring affair with the governor (Rahul Bose) of the leading bank but turns a blind eye because he cannot fulfill her sexual needs. She is the second wife of Naushad.

The entire story is narrated by Naushad’s 13-year-old precocious daughter Shai (Aadhya Anand) who addresses her step mother by her first name, keeps drawing sketches to let off steam and is so desperate to get her periods that she even tries to fake it with red paint! Imagine.

This girl writes out some diary with references to the Biblical story of Adam and Eve raising questions about Eve’s right to her choices, which seems entirely absurd in a girl so diffident about her underdeveloped figure with boys turning away from her at school that she goes ahead and buys padded and wired bras from an elite shopping mall.

Ayesha (Plabita Borthakur) has recently joined the same bank in a challenging position under Fatima who fires her but she is immediately taken back by Rani in the same department. She is forever reminded that she has done her Management in Indore and must therefore, consider herself lucky to be where she is. She is confused about her sexual orientation because she is inclined to be bisexual and confesses this finally to her friend Ron and leaves his apartment when they made it whenever she felt like it.

The grittiest and boldest among them all is Lily (Amruta Subhash) a sex worker who wears her work on her sleeve without any sense of guilt or embarrassment with her sole aim is to place her physically challenged son in a very good English medium school which does not happen because no school wants to admit or keep the son of a sex worker.

Rani, blackmailed by her over an accident in which Rani’s son is involved, creates a CSR programme to avoid paying her big sums regularly and places Ayesha in charge of the programme that promises to build an “industry” for Lily and her colleagues. Of course, this runs into very rough weather.

Srivastava, from a small town herself who shifted base from Delhi to Mumbai, offers us an insight into a world we aspire for but cannot reach. Everyone is dirty rich and bold but not very beautiful inside. Beneath the surface of hi’s and bye’s and heavy drinking parties, every big corporate honcho is jealous of everyone else.

Everyone, except Lili speaks in English which makes one wonder whether this is an English-language series or a Hindi-language one. The title Bombay Begums uses the term “Begums” widely to imply all strong and ambitious career women that range from Rani, the CEO of a bank to Lily, a sex worker. A seemingly “democratic” concept that does not carry out in the series.

Though the characters are fleshed out very well ably complemented by the brilliant acting by the major cast, almost, they seem too unreal, as if stepping out of a modern fairy tale placed in Mumbai, the city of dreams for everyone. Pooja Bhatt is in command in the entire series with Amruta as Lily coming a close second.

The frames are often cut into with visuals of the city’s skyline with its flood of skyscrapers that seem to have edged out the sea and appears too scary for comfort when repeated as an editorial device.

The biggest problem the film defines is that despite the massive noise around the #MeToo Movement, the women in the series have absolutely no qualms about jumping into bed with a stranger or a friend nonchalantly and what is worse, all except Ayesha, are prepared to sleep with the boss if that is the ladder to the top. Revealing this at the end does not excuse Rani the ‘consent’ of having slept with her boss.

Fatima has a roaring affair with the head of a British corporate firm which finally breaks up her marriage though the surrogate is already carrying their baby. Ayesha is the only one who lodges a complaint against her boss for having sexually molested her against her wishes in his car when he offered her a lift.

The scenes of sex are one too many, often not called for and inserted mainly to pull eyeballs which leads to some of them appearing very awkward, poorly orchestrated and badly captured on camera.

The sub-plot of Lily and her lover from Dubai who hoodwinks her to sleep with her as and when he can is completely superfluous and does not lend itself to this web series at all.

Shai, given a lot of footage in this entirely “adults only” scenario, sticks out like a sore thumb right through. And the NCPCR, (National Council for the Protection of Child Rights) a statutory body formed under an act of the Indian Parliament in 2007, issued a legal notice to Bombay Begums last week, asking Netflix to stop airing the show for its "inappropriate portrayal” of children. The reference is to Shai, only 13, is snorting drugs through a pipe with her nose at a rave party.

The NCPCR has obviously not noticed the other inappropriate representation of a child. Lily’s growing son, physically challenged, is manipulated by his mother Lily, to pretend to fall in front of Rani’s son’s speeding car so that she can extract big sums from Rani with which she wants to admit the boy in a good school. Is this not an abuse of a growing, physically challenged child by his own mother? Never mind her “noble” intentions?

Having said all this, Bombay Begums in a good watch while it lasts as it creates the illusion of success among women.

Each episode is for some intriguing reason, named after a famous book authored by internationally renowned novelists, ranging from Sylvia Plath to Alice Walker to Virginia Woolf and some more.

Why? An additional marketing strategy? Or, a metaphor for creative and very successful women who have written out-of-the-box and succeeded in spite of it?

Watch it before it goes of air! 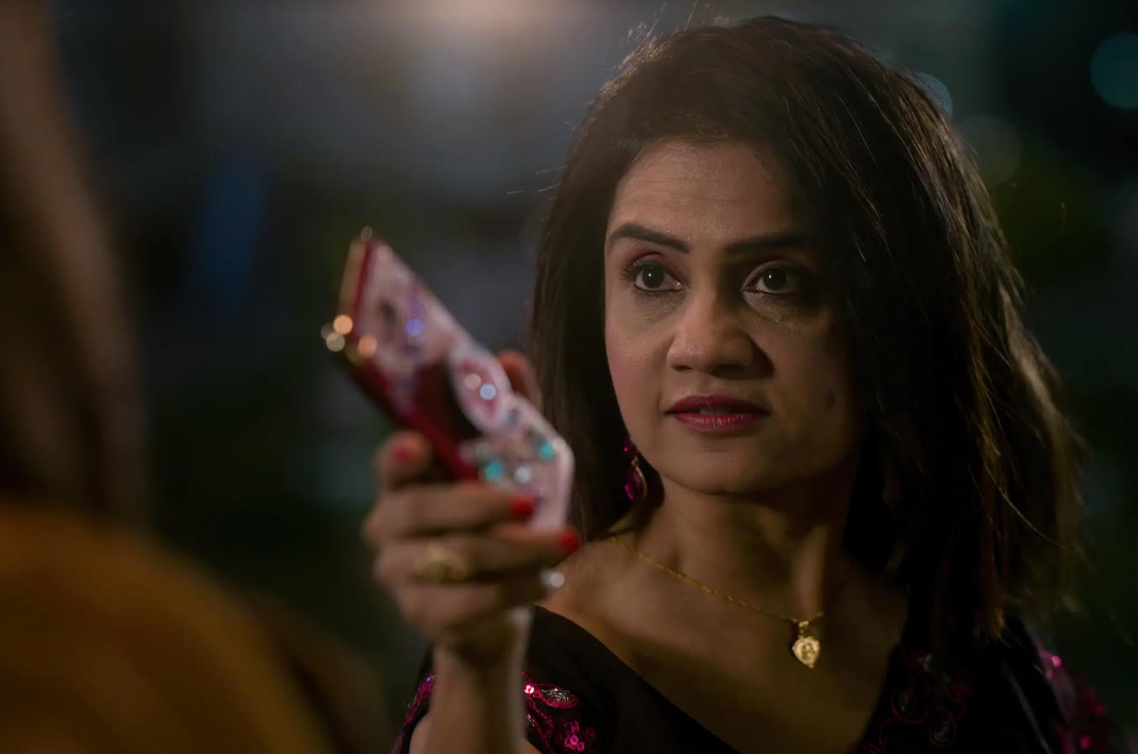