I do not have many friends within the film industry because I believe that getting close to a film personality could spoil my objectivity as a film journalist when I will write about them. Buddhadeb Dasgupta was a rare exception because he insisted on crossing the invisible line of dry professionalism to become a friend.

He remained a very good friend though we did not meet often. But over the past five years or so, he fell sick again and again, kept a distance and became aloof and lonely like the heroes in his later films and went almost complete off the radar so we hardly met.

I would visit is very middle-class home in South Calcutta where his two daughters, then in school, would drop in while his wife stepped in with a smile to kept a cup of tea for me. If I had gone for a formal interview, it soon evolved into an informal conversation and adda and that is how we kept in touch, sometimes over the phone and sometimes with personal visits.

Once, he got very angry because I had written a few negative things I felt I saw in Uttara about two wrestlers in a remote village who fought over their love for the same dusky beauty. His poetic metaphors dominated the narrative so much that the fight between two close friends became a bit absurd and lacked credibility. He called me up and gave me a tongue-leashing.

I patiently tried to explain that cinema was a fluid medium and each one would respond to a given film differently. He did not talk to me for a year. Then, everything was forgotten. Like most directors, he was narcissistic and did not like criticism at all. I can see how wrong I might have been as Uttara brought him the Best Director Award at the Venice Film Festival!

Towards the last quarter of his four-decade-long career as filmmaker, he practically pushed his Indian and Bengali audience away because he not only decided to become extremely experimental, but also too filled with his own poetry seeping into his films.

The mass audience did not understand his films from that time on and exhibitors across West Bengal and India kept away from taking on his films for public screening. This includes yours truly as I failed to make sense of Anwar Miyan Ka Ajeeb Kissa and Tope. Nor did I care for the short films he made based on Rabindranath Tagore’s poetry for Doordarshan and also some short films on stories by Mahasweta Devi. They seemed to lack the magic touch his films were dotted with. The “poetic” also had played the vanishing act.

Dooratwa, Grihajuddha and Andhi Gali form a loose trilogy because the common thread that links the three films is the notion of disillusionment with idealism and political commitment and the spilling over of this discontent and restiveness into the personal lives of the subjects concerned.

Each film has an independent story sourced from an original literary piece, re-scripted to suit the needs and interpretations of the director and his medium of cinema. Each film has its own statement and its own plot and theme. Each film is complete unto itself. Yet, they are placed in a time-space setting that has the same political history of extreme Leftist politics in West Bengal.

The male protagonist in each has a background of Leftist commitment in his past. The present finds him trying to distance himself and run away from this past. This ‘running away’ somewhere along the way, turns into a running away from Life itself, and from the responsibilities and relationships that form the core of life.

Contrary to common expectations, the three films did not follow sequentially. Dasgupta broke the ‘continuity’ after his first full-length feature Dooratwa with Neem Annapoorna in 1979, a film that is in a different realm altogether. He then made Grihajuddha and Andhi Gali one after another.

Did that bother him? Not in the least. He refused to compromise to any kind of demand be it from producers, so he had a new producer for almost every second film, from his audience and from critics. But fame and awards kept chasing him and his films all across the country and the world though by then, they did not seem to hold much meaning for him.

One Canadian producer-distributor who had purchased the distribution rights for his outstanding film Charachar, lamented that he had run a great loss as the film was a super flop in Canada.

I was surprised as Charachar (1993) was one of the last of his films where he followed a linear narrative and adapted from the literary works of great Bengali litterateurs. The film was about a bird catcher Lakhinder (Rajit Kapoor) who gets so emotionally attached to his birds that he sets them free!

Lakhinder’s one-ness with the winged creatures also stands for his own craving for freedom – freedom defined on his own terms, where the basic needs of food, clothing and shelter are neatly replaced by his love for his winged friends who wake him up at daybreak, filling every niche in his hut, perching themselves on his waking body, as he wakes up to the reality of freedom for himself and freedom for his winged friends, his wife having left him in frustration and disappointment. Rajit Kapoor won the Best Actor Award for is performance in the film at the National Awards.

Charachar was perhaps the film after which he changed his way of expressing his creativity in a non-linear fashion even if the film had a linear story. He filled up the ambience and the cinematographic space with poetic metaphors often drawn from his own poetry.

Unknown to people outside West Bengal, Dasgupta was a renowned poet who could weave a poem out of a cat, or even a slippery fish called Magur in Bangla and sometimes, wove them beautifully into his films.

He made a film called Mondo Meyer Upakhyan on sex workers and the schooling daughter of the lead sex worker, hates to be in the same profession and dreams of going to Kolkata to watch man’s landing on the moon!

This is how he explained his change in stance from the linear narrative towards a non-linear collage of cinematic sound-image presentations that point to the dreams held by ordinary and even less-than ordinary men, women and children.

“All of us have a cherished dream we live for. We begin our journey of life to seek the fulfillment of this dream. Some of us succeed. Some of us do not. My films revolve around this quest for the realization of dreams. This film is no different. Loti in Mondo Meyer Upakhyan wishes to complete her studies and live a life of dignity, of self-respect.

Enlightenment through knowledge is the purpose of her life’s journey. Her mother, Rajani on the other hand, dreams of money, lots and lots of money – a dream that will remain a dream, never to see reality. Ganesh, the driver, dreams of running away from this life of ignominy. But can he really run away? This constant vacillation between the real world and the world of dreams forms the crux of my characters in Mondo Meyer Upakhyan,” he said. His casting for the film also drew heavily on this illusion-reality paradigm.

While well-known film stars who create aspirations of fantasy and illusion among their audience played the major roles, six to seven true-blooded sex workers from Sonagachi in Kolkata were handpicked to give credence to the real dimension of the characters.

“It might sound cliché to others but the fact remains that images of my childhood are closely linked to my adult life and so, to my cinema. The family never stopped moving from one place to another. My homes in all these places were so thickly crowded that I never ever had the chance of being alone with myself. My association with literature, music and painting from childhood unknowingly pushed me to the zoom of loneliness which might have been painful at times but is also creative in many ways,” he elaborated.

“Many a time, going from one room to another was more than taking a journey while flying from one country to another was not a long journey at all. I have discovered that the most important thing in life is to be able to relate to these two things – journeys and loneliness and to try and discover how you respond to them. All I know is that I can neither write nor make films without these two essential elements of my life. At times, they might appear allegorical, but they are real, believe me, so real that they touch the tail of reality,” he said.

Magic realism slowly and steadily turned into Buddhadeb Dasgupta’s brand identity which sometimes tended to dominate and overpower the core of his narrative. But in Uro Jahaj, his swan song, he kept magic realism to the minimum and in some places, such as the friendly ghosts who appear in the jungle to make friends with Bacchu Mandal, the mad motor mechanic determined to make his plane fly, their sudden appearance near the small stream choreographed like a silent mime performance, offers a solid and lyrical sub-plot to the main story. It somehow reminds us of the appearance of the cut-out ghosts in Ray’s Goopy Gyne Bagha Byne.

He won 32 National Awards including seven Golden Lotus Awards. He won the Lifetime Achievement Award called the Golden Athena from the Athena International Film Festival. He made around 20 full-length feature films over his forty-year-old career and around 13 documentaries of which some were classic in quality and content.

His films won awards also at as many International Film Festivals you can remember from Bangkok, to Karlovy Vary, to Shanghai, Locarno, and many many others. He may have passed yonder to converse with his favourite poet Sankho Ghosh or his director-ideal Satyajit Ray. But he created a genre unto himself that finds no parallel in Indian cinema. 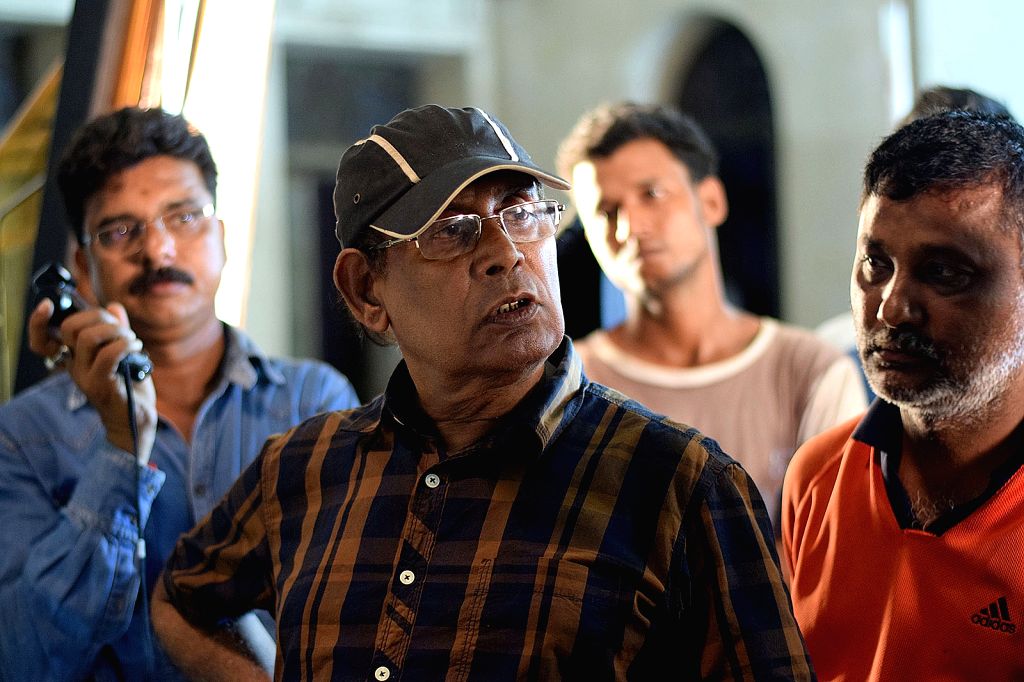