NEW DELHI: Fears of the misuse of information supplied for the Aadhar card came to a head recently when cricketer Mahinder Singh Dhoni’s personal details became a matter of public knowledge. The case was taken up, Minister Ravi Shankar Prasad agreed to look into it, but Dhoni’s wife has become the target of filthy abuse on the social media for raising this leak. Very much as student Gurmehar Kaur was driven off the social media by a volley of abuse and threats.

Alt News has put together the posts and the story on Facebook as below:

The debate over Aadhaar card refuses to die. With private companies like Reliance using it to give out Jio SIM cards, many have this constant fear regarding their personal details being leaked over to a third party, especially now that the Government is forcing the Aadhar card in every sphere, from banking to taxation. And the fears are not unfounded. While the Government tries desperately to allay the concerned citizens, an agency that does Aadhar registration has put the Government in an embarrassing situation by leaking the personal details of Mahendra Singh Dhoni via their Twitter account.

Recently, CSC e-governance, an agency that renders the service of Aadhaar registration posted a tweet via their twitter handle @CSCegov stating “Ace cricketer Mahendra Singh Dhoni and his family get their Aadhaar updated at VLE Mariya Farooqui’s CSE at Ranchi, Jharkhand”. Union IT Minister Ravi Shankar Prasad was tagged in the tweet and he ended up ‘liking’ the tweet. The tweet, however, included a photograph which that exposed Dhoni’s personal details. 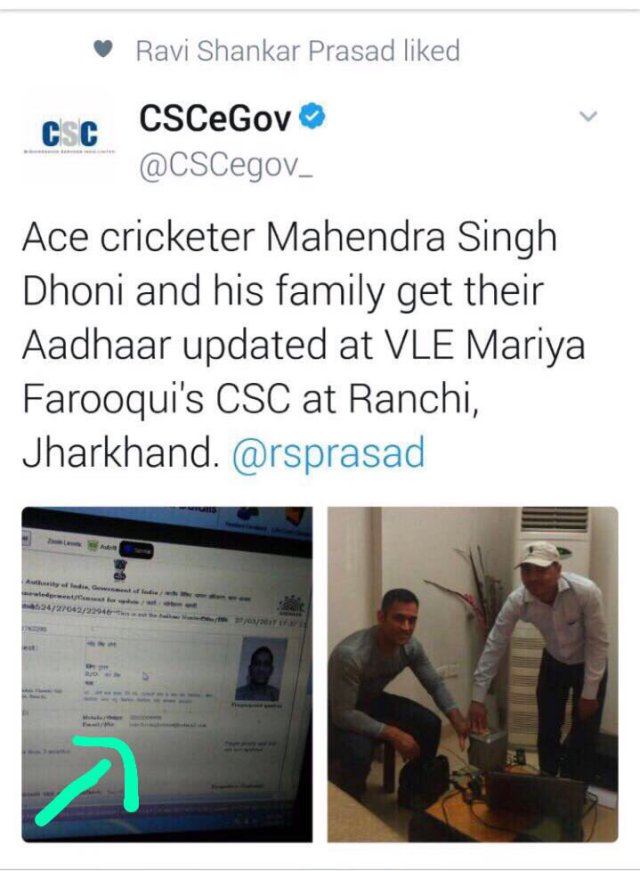 Many alert netizens alerted Dhoni and his wife Sakshi regarding this issue. In response, Sakshi Dhoni acknowledged those who out of good will let the couple know and sent a series of tweets to Ravi Shankar Prasad expressing her displeasure. 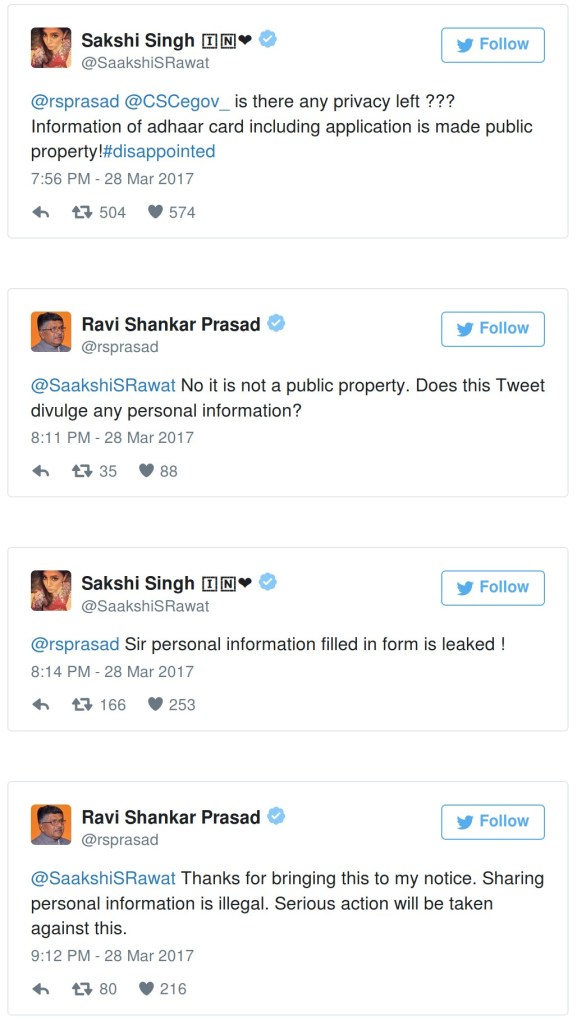 Many news media outlets covered this issues and posted the story on their social media properties including Facebook and Twitter. Just the way Gurmehar Kaur was recently abused for speaking out her mind with the filthiest abuses, Sakshi Dhoni was also abused in a similar manner for tweeting to the Minister. The filthy abuses came from people sporting a Yogi Adityanath picture to those sporting the Digital India tri-color filter. 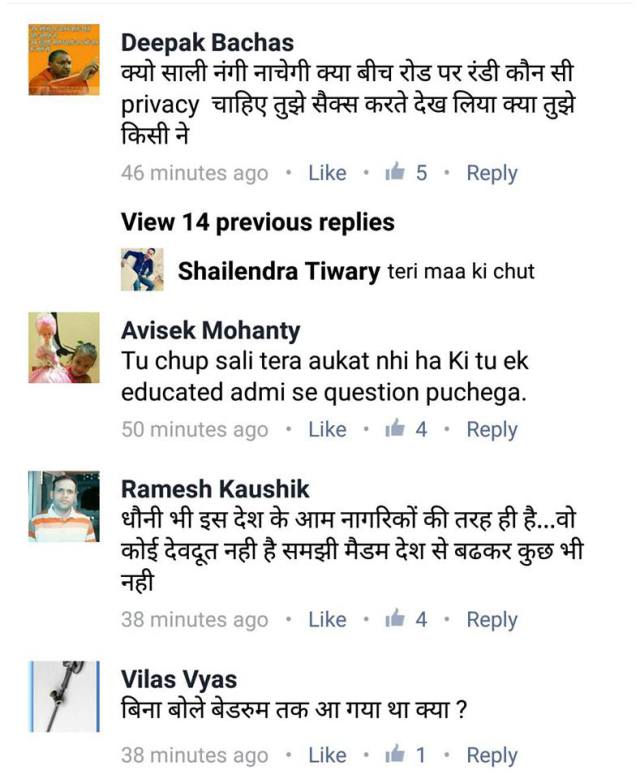 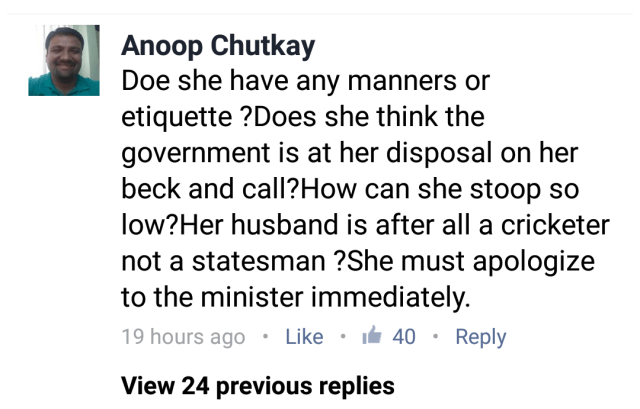 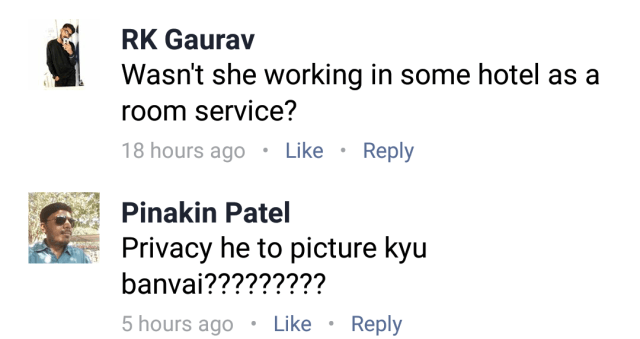 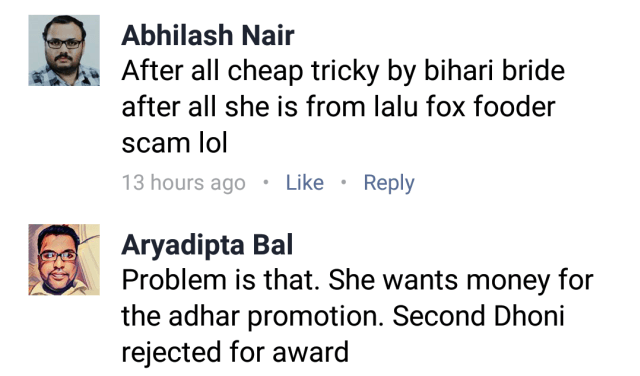 Why is that the supporters of this Government are so intolerant that they feel the need to indulge in character assassination every time someone criticises the Government for the smallest reasons? Sakshi Dhoni was called everything from “R*ndi” to Terrorist. She was abused for being a Bihari and was called a terrorist. Even after such massive electoral victories, why do supporters of this Government continue to be insecure?