5 HIV+ Girls Made to Clear Manhole: No Headway in Probe Into Activities of Orphanage

NEW DELHI: No headway has been made by the authorities in bringing relief to the five HIV positive girls who were made to clear a manhole in an orphanage ironically called AGAPE(Ambassadors of goodwill for AIDS Patients Everywhere) which is home to 230 children out of which 90 are HIV positive.

An enquiry has been initiated by the Child Welfare committee and two people have been taken into police custody. And in the process widespread abuse of the young girls by the orphanage authorities has come to light with The Citizen speaking to all stakeholders to find that the orphanage remains brazen and has not been cooperating with the authorities. The traumatised orphans also remain without help, wit the same management at the orphanage.

A video of two girls cleaning the manhole surfaced online on Saturday which shows a girl chest deep in a manhole picking filth with her bare hands while she is being instructed by the Warden and the Supervisor of the hostel who are standing at a safe distance.

According to the website of the orphanage, the children admitted to the orphanage are from families where one or more parents are suffering from HIV/AIDS and don’t have any means to support them, or whose parents have already died of HIV/AIDS.

Sources said that this is not the first incident of the kind at this orphanage and a young girl was transferred to an old age home as a servant six months ago. The girl was harassed by the son of the owner and a case was filed against him by the Child Welfare committee of the district after which four staff members were fired. However, little was done to monitor and regulate the clearly questionable functioning of AGAPE.

Mahesh Bhagwat,the Commisioner of Police in Hyderabad confirmed, “A case was registered in the Uppal police station and the Warden and Supervisor were arrested on the same day under Section 75 of the Juvenile Justice act and Section 3 of Child labour act.” 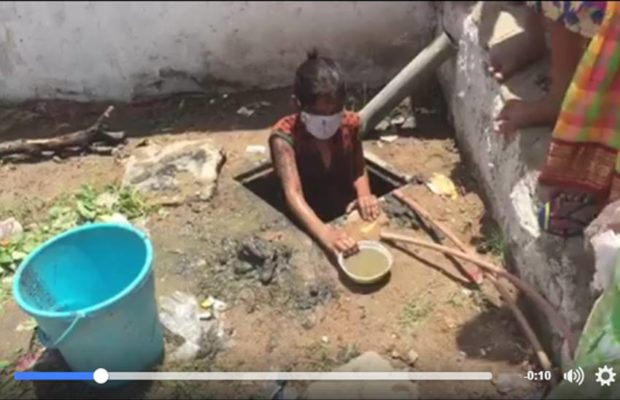 The brazenly defiant orphanage authorities said that the children weren’t allowed to clean the manhole and were supplied with everything free of charge. Ramara who is a caretaker at the orphanage said, “The manhole was leaking while the kids were at home. We had complained 2 days ago but nobody came . Children were playing and that has been taken and put in the video. The video is wrong.”

According to A Venkateswarlu , member of the Child Welfare Committee in the Rangareddy district, “the children told the authorities that they were made to work. A notice has been sent to the head of the organization. The committee was planning to summon the administration on Tuesday but they didn’t turn up.”

The CWC is waiting for response from the orphanage authorities who have asked for 2 more days after which necessary action would be taken by thde CWC. “Since it is difficult to identify another place for the HIV infected children the staff members and the administration may be removed, ”the sources said. 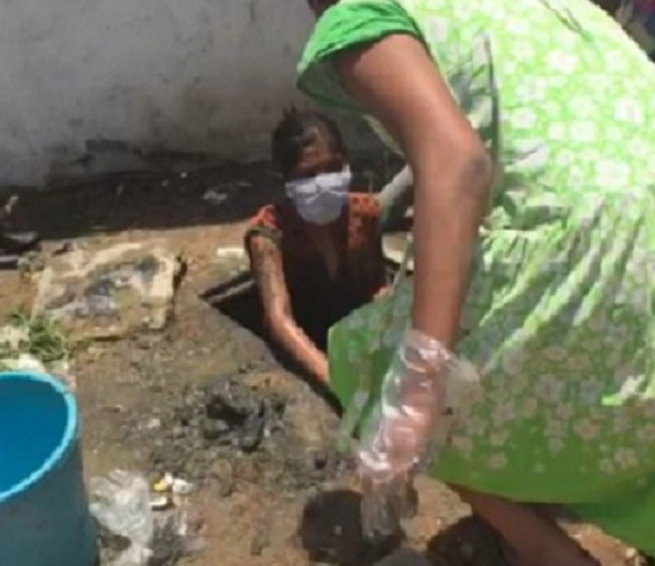 Sources admitted, however, that there are no proper homes equipped with resources where the children can be shifted.

Balaraju, a member of the Andhra Pradesh State commission for Protection of Child Rights called it a grave violation and said that this highlights the fact that local authorities aren’t aware of protocols and administration should take precautions to ensure protection of child rights specially in institutions such as these.

Lakshmi Devi, the Joint director of the Department of Women Development and Child Welfare of Telangana was unaware about the incident and was unavailable for comments upon being informed.

Manual Scavenging is banned under the Prohibition of Employment as Manual Scavengers and their Rehabilitation Act, 2013, a law promulgated on December 6, 2013, nationwide, except Jammu and Kashmir.

This incident poses questions on the state of orphanages in the country and puts the future of the 230 kids of the orphanage in peril.