NEW DELHI: The Garbh Vigyan Sanskar project of the RSS’s health wing Arogya Bharati had undertaken a project to produce “customized fair and tall babies”. According to the office-bearers, the project was inspired by Germany, which they claimed had “resurrected itself by having such signature children through Ayurvedic practices within two decades after World War II”. The project claimed to have ensured the delivery of 450 “customised babies” so far, and its target arogywas to have a Garbh Vigyan Anusandhan Kendra, a facilitation centre, in every state by 2020. Three months of “shuddhikaran (purification)” for parents, intercourse at a time decided by planetary configurations, complete abstinence after the baby was conceived, and procedural and dietary regulations were listed as the mechanics for the perfect baby. A woman was expected to deliver an “uttam santati” — a perfect, “customised child”. Top office-bearers associated with the ambitious programme said it was launched in Gujarat over a decade ago, and taken up at the national level in 2015. Today, the project, assisted by the Sangh’s education wing Vidya Bharati, had around 10 branches in Gujarat and Madhya Pradesh, with more units to come up soon in Uttar Pradesh and West Bengal. Dr Karishma Mohandas Narwani, national convener of the project said “Our main objective is to make a samarth Bharat (strong India) through uttam santati. Our target is to have thousands of such babies by 2020,”. Dr Hitesh Jani, national convener, Arogya Bharati said “The parents may have lower IQ, with a poor educational background, but their baby can be extremely bright. If the proper procedure is followed, babies of dark-skinned parents with lesser height can have fair complexion and grow taller,”. The office-bearers claimed that this procedure “repairs genes” by ensuring that genetic defects are not passed on to babies.

Lebensborn e.V. (literally: "Fount of Life") was an SS-initiated, state-supported, registered association in Nazi Germany with the goal of raising the birth rate of "Aryan" children via extramarital relations of persons classified as "racially pure and healthy" based on Nazi racial hygiene and health ideology. Lebensborn encouraged anonymous births by unmarried women, and mediated adoption of these children by likewise "racially pure and healthy" parents, particularly SS members and their families. The Cross of Honour of the German Mother was given to the women who bore the most Aryan children. Abortion was illegal at this time.

Initially set up in Germany in 1935, Lebensborn expanded into several occupied European countries with Germanic populations during the Second World War. It included the selection of "racially worthy" orphans for adoption and care for children born from Aryan women who had been in relationships with SS members. It originally excluded children born from unions between common soldiers and foreign women, because there was no proof of racial purity on both sides.

At the Nuremberg Trials, no evidence was found of direct involvement by the Lebensborn organization in the kidnapping of Polish children. However, Heinrich Himmler directed a programme with other segments of the Nazi bureaucracy, whereby thousands of Polish children were kidnapped and subjected to 'Germanisation'. Germanisation involved a period at one of the 're-education camps', followed by being fostered out to German families. An estimated 20,000 children were kidnapped from Poland and Russia in an effort to accomplish the task of building the Aryan race.

In 1939, the Nazis started to kidnap children from foreign countries – mainly from Yugoslavia and Poland, but also including Russia, Ukraine, Czechoslovakia, Romania,Estonia, Latvia, and Norway – for the Lebensborn program. They started to do this because "It is our duty to take [the children] with us to remove them from their environment... either we win over any good blood that we can use for ourselves and give it a place in our people or we destroy this blood", Himmler reportedly said.

The Nazis would take children from their parents, in full view of the parents. The kidnapped children were administered several tests and were categorised into three groups:

The children classified as unwanted were taken to concentration camps to work or were killed. The children from the other groups, if between the ages of 2 and 6, were placed with families in the programme to be brought up by them in a kind of foster-child status. Children of ages 6 to 12 were placed in German boarding schools. The schools assigned the children new German names and taught them to be proud to be part of Germany. They forced the children to forget their birth parents and erased any records of their ancestry. Those who resisted Germanisation were beaten and, if a child continued to rebel, he or she would be sent to a concentration camp.

In the final stages of the war, the files of all children kidnapped for the programme were destroyed. As a result, researchers have found it nearly impossible to learn how many children were taken. The Polish government has claimed that 10,000 children were kidnapped, and less than 15% were returned to their biological parents.[Other estimates include numbers as high as 200,000, although according to Dirk Moses a more likely number is around 20,000.

In 1936, Nazi supporter and school graduate Hildegard Trutz was recruited as one of Germany’s racially ‘pure’ women, chosen to sleep with SS officers in the hope of producing an Aryan child.

Hildegard Trutz had been a loyal supporter of the Nazis ever since Hitler came to power. She had joined the Bund Deutscher Mädel (BDM, the female equivalent of the Hitler Youth) in 1933 and loved attending its weekly meetings. ‘I was mad about Adolf Hitler and our new better Germany,’ she later admitted. ‘I learned how tremendously valuable we young people were to Germany.’

Trutz quickly became a figurehead of her local organization, in part because of her Germanic blonde hair and blue eyes. ‘I was pointed out as the perfect example of the Nordic woman,’ she said, ‘for besides my long legs and my long trunk, I had the broad hips and pelvis built for child-bearing.’

In 1936, when she was eighteen, Trutz finished her schooling and was at a loss as to what to do next. She chatted with a BDM leader who made a suggestion that was to change Trutz’s life for ever. ‘If you don’t know what to do,’ said the leader, ‘why not give the Führer a child? What Germany needs more than anything is racially valuable stock.’

Trutz was unaware of the state-sponsored programme known as Lebensborn. Its aim was to raise the birth rate of blond-haired, blue-eyed ‘Aryan’ children through interbreeding. Racially ‘pure’ women were chosen to sleep with SS officers in the hope that they would fall pregnant.

The BDM leader explained to her exactly how Lebensborn worked. She would be given a series of medical tests, along with a thorough investigation of her background. It was essential that she had no Jewish blood. Once given the all-clear, she would be able to select a breeding partner from a group of SS officers.

She was escorted to an old castle in Bavaria, near the Tegernsee. There were forty other girls in residence and all were living under assumed names. ‘All you needed to be accepted there was a certificate of Aryan ancestry as far back at least as your great-grandparents.’

The castle itself was the height of luxury. There were common rooms for sports and games, a library, music room and even a cinema. According to Trutz: ‘The food was the best I have ever tasted; we didn’t have to work and there were masses of servants.’ She was by her own admission self-indulgent and lazy and she quickly learned to enjoy life in the castle.

‘The whole place was in the charge of a professor, a high-up SS doctor, who examined each of us very thoroughly as soon as we arrived,’ Trutz said. ‘We had to make a statutory declaration that there had never been any cases of hereditary diseases, dipsomania or imbecility in our family.’

The professor also warned the girls that they would have to sign a document renouncing all claims to any children they produced, as they were to be the property of the state. They would be brought up in special institutions that would instil an absolute loyalty to the Nazi ideal.

After their initiation, Trutz and the other girls were introduced to the SS men who were to be their breeding partners. Trutz liked what she saw. ‘They were all very tall and strong with blue eyes and blond hair.’ There was a getting-to-know-you session, with the group playing games together, watching films and enjoying social evenings in the castle.

‘We were given about a week to pick the man we liked and we were told to see to it that his hair and eyes corresponded exactly to ours,’ said Trutz. The girls were not told the names of any of the men: anonymity was a key principle of the Lebensborn programme.

‘When we had made our choice, we had to wait until the tenth day after the beginning of the last period.’ Each girl was given another medical examination and told to receive her chosen SS man in her room that very night. Trutz was unbelievably excited, not just about the sexual activity, but the fact that she was doing it all for her beloved Führer.

She weaned her baby son for two weeks and then he was removed from her side and taken to a special SS home where he was to be brought up as a loyal servant of the Nazi state. Trutz never saw him again. Nor, for that matter, did she see the father. 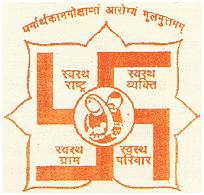 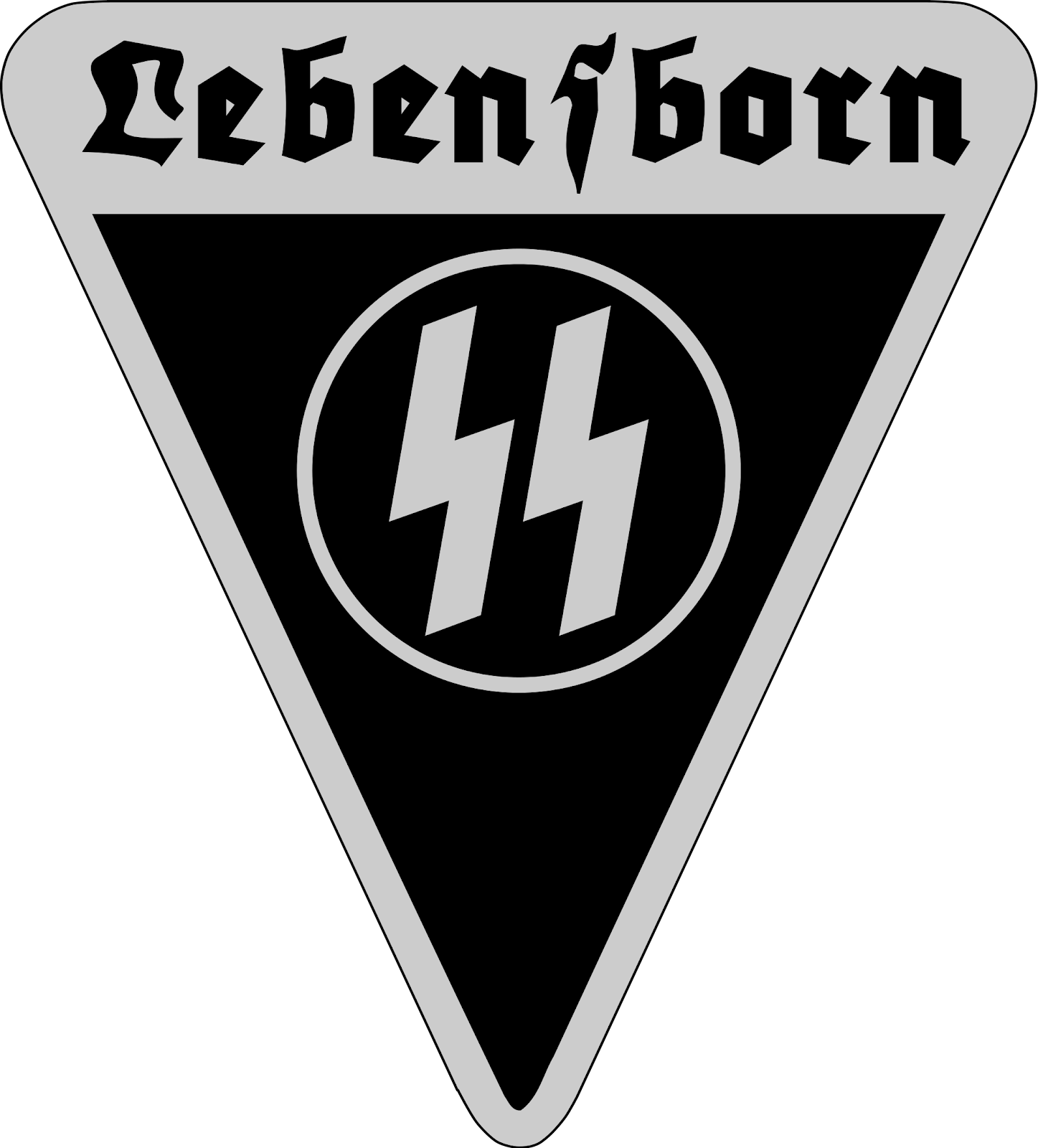 Symbol of the Nazis Lebensborn