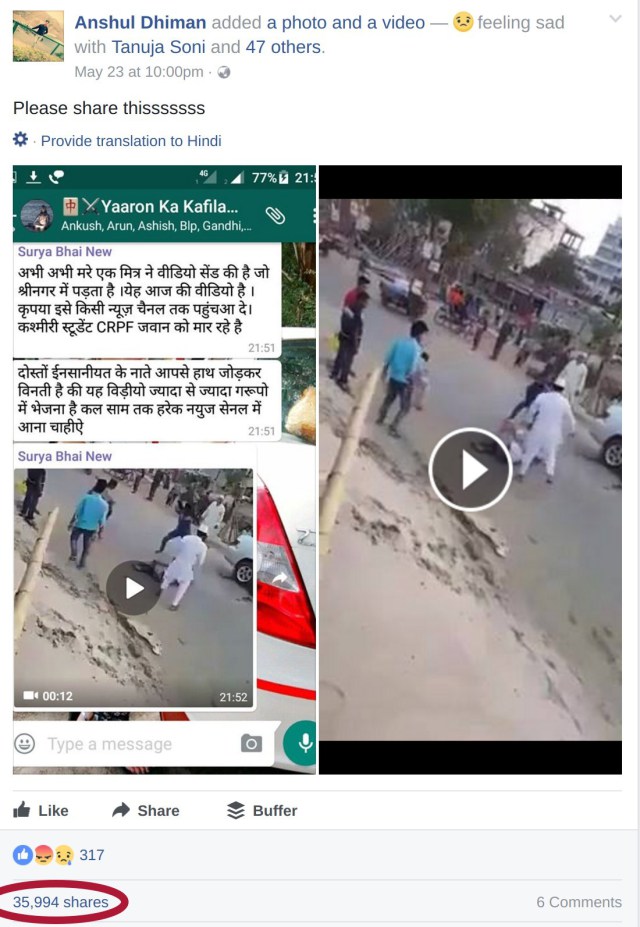 The image above shows how this message was circulated on WhatsApp and made its way to Facebook. Just this one post has been shared more than 35,000 times on Facebook. The text of the WhatsApp message says:

Translation: Just a little while ago, a friend of mine who studies in Srinagar sent this video. This is today’s video. Please make sure that it reaches news channels. Kashmiri Students are beating up a CRPF Jawan. Friends, for the sake of humanity, I plead before you to send this video to as many groups as possible so that every news channel covers this video by this evening.

Many other people shared this video on their personal timelines. 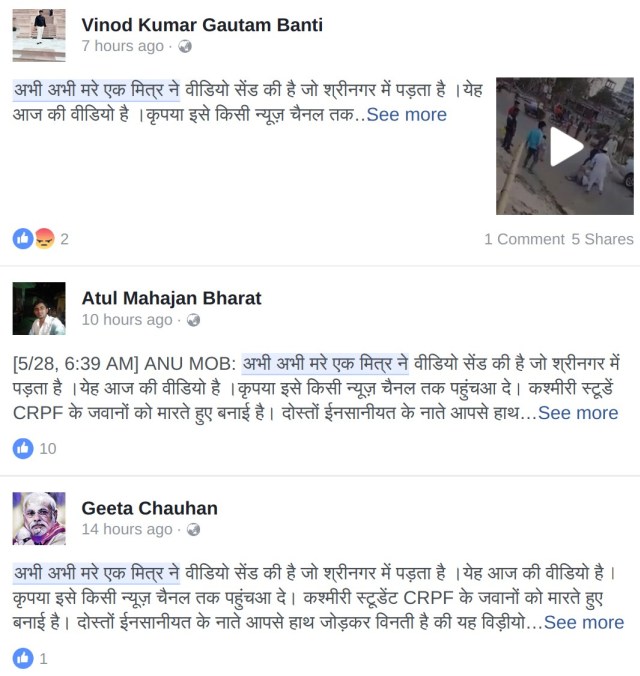 The video also made its way to YouTube with same narration as seen on Facebook/WhatsApp posts. 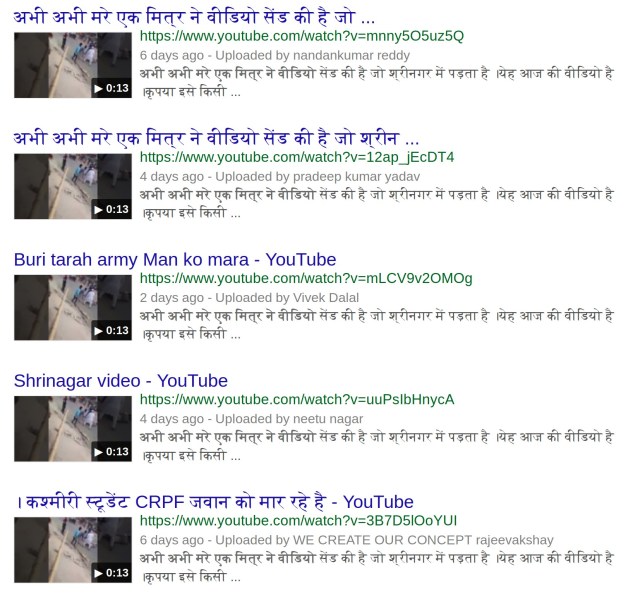 What is the truth? On April 1, 2017, unknown assailants killed Abu Syed and seriously injured Md Ali, two men who were wanted for the murder of Awami League leader Monir Hossain Sarkar. This incident happened in Titas subdivision of Coomilla district in Bangladesh. The issue was also covered by the local news website called Coomilla-r-Kagoj which translates to “Coomilla’s Newspaper”.

The video of the incident was uploaded by a Bangladeshi resident to Youtube on April 2nd.

One might ask, how is that the same video becomes viral over and over again with different narratives? The reason is that there is no one to reach the truth to the people. There’s a raging epidemic of fake videos but no one wants to do anything about it.

Those who own big newspapers and big TV channels do not consider it their responsibility to inform their viewers about these fake videos. Facebook Inc that owns both Facebook and WhatsApp platforms doesn’t want to take up the responsibility either. And the Government? Well, less said, the better.