Hindi Chauvinists Walk Out of AR Rahman Concert in London

NEW DELHI: Hindi chauvinism reared an ugly head in London when most of non-Tamil speakers walked out of a function at Wembley, London held to celebrate composer A.R.Rahman’s 25 years musical journey in Indian cinema.

Rahman was performing at the concert on July 8 titled 'Netru, Indru, Nalai' in Tamil which means ‘Yesterday, Today, Tomorrow.’. Though the concert was titled in Tamil, he sang 16 Hindi Songs, 12 songs in Tamil and a medley of Hindi and Tamil for two or three hours. The Non-Tamil speakers staged a walk out and took to Twitter and Facebook pages of Rahman to express their “disappointment” that enough Hindi songs had not been played. They demanded a refund of the concert money from the promoter.

Saravanan Annadurai, the DMK spokeperson in a tweet regretted that those who were complaining were “not able to tolerate an hour of music in another language.” 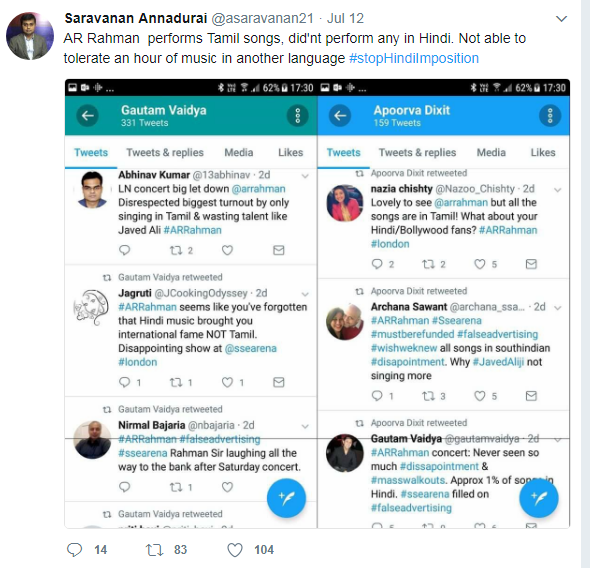 In reaction to this event, #StopHindiImposition” gained momentum in the social media with a large scale response from the Tamil public being joined in by the populace of other southern states as well. 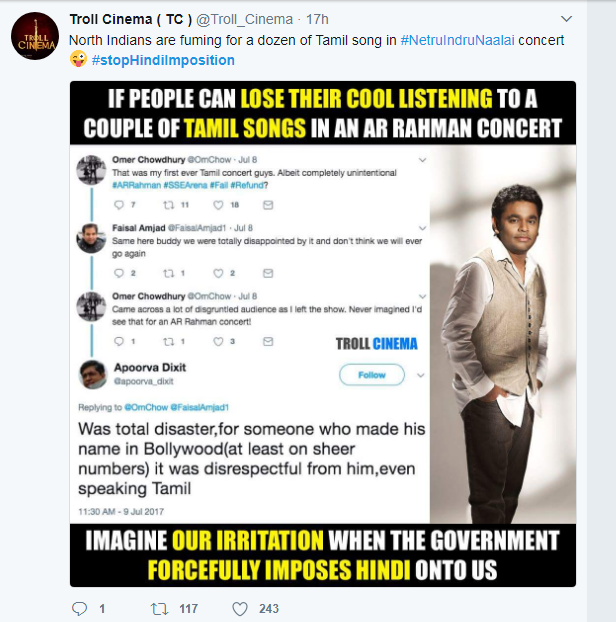 The Tamil twiterrtti found an opportunity to express their discontentment and anger for forceful Hindi imposition on the state of Tamil Nadu as what they described as the ruling dispensation at the centre’s ideology of 'one nation, one language, one religion’. 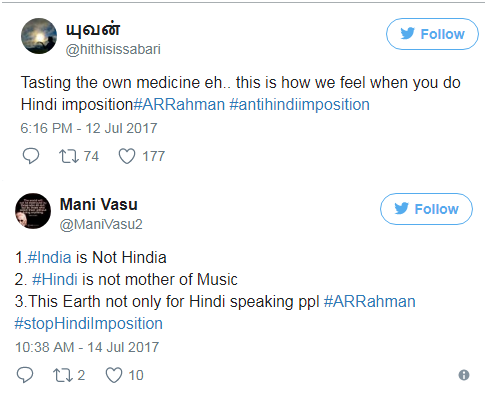 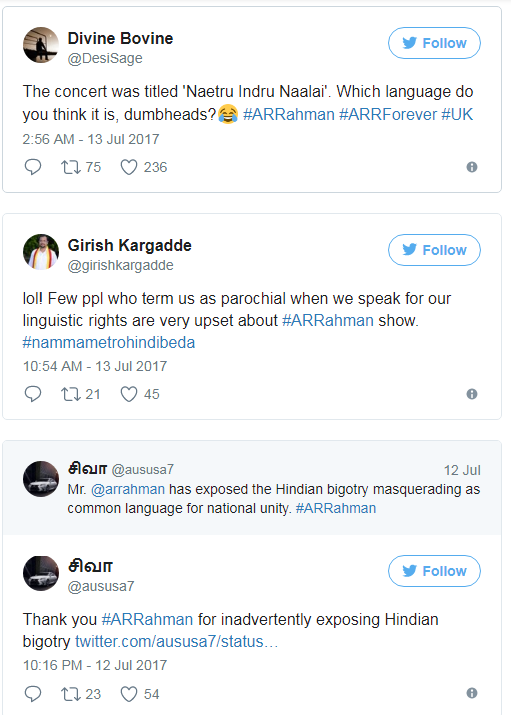 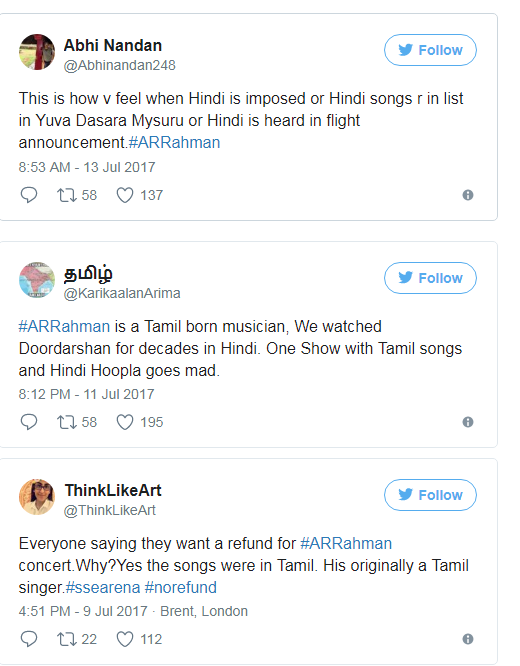 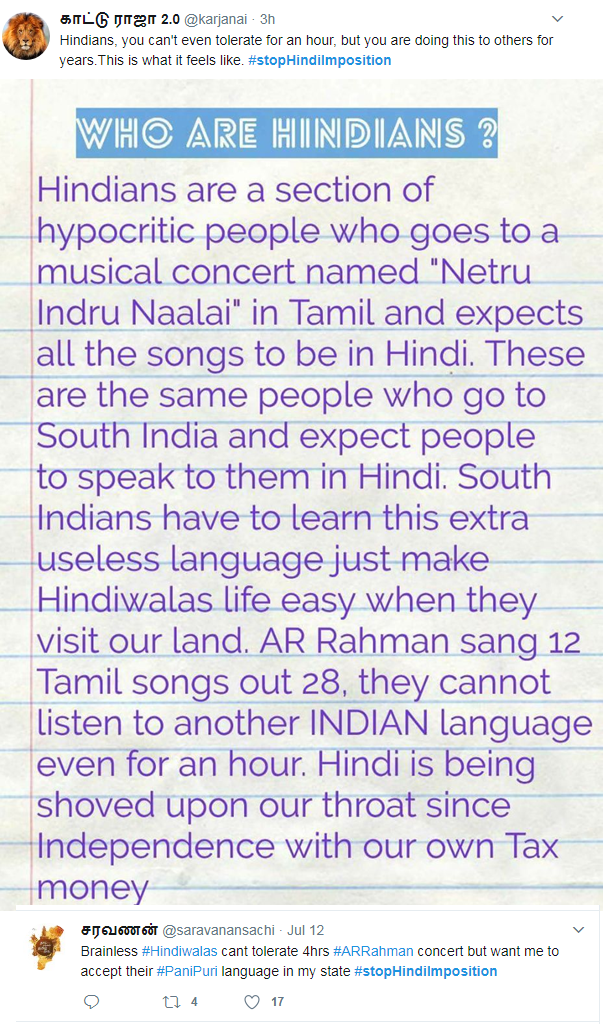 Tamil Nadu has been very protective of its language and culture, with a series of anti-Hindi agitations rocking the state since 1965. The state is categorical that it will now allow any such imposition, and in a federal structure it should be left to the states to determine their own language. Recently road signs in Hindi appeared on Tamil Nadu highways leading to an uproar by all Tamil parties against the BJP at the centre.