Away From Headlines, Amarnath Yatra Is a Blend of Pilgrims and Kashmiris

SRINAGAR: Despite the terror attack, and the bus accident, the Amarnath Yatra in Kashmir is going on with the usual mix of local support and cooperation between the locals and the pilgrims that is not reported as it is not taken as news.

"I have come first time for the Yatra but I feel blessed between the people who are good by heart. My perception of Kashmir has changed and I found it opposite of what is being projected in the media," Harpreet a Yatri who had come from Punjab said.

The Amarnath cave is situated at a height 3,888 meters above the sea-level in the lap of the Himalayas. Till now 16,000 pilgrims have performed the Amarnath Yatra. The 40 day long Yatra started on June 29 and will end on August 7.

Photographs below capture the spirit: 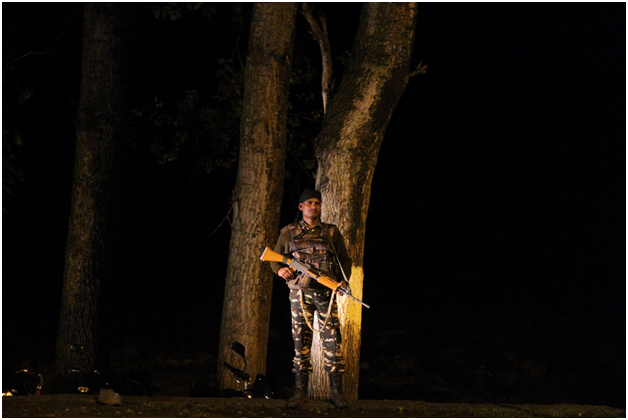 CRPF personnel keeping a guard outside the Yatra base camp, Nunwan Pahalgam. 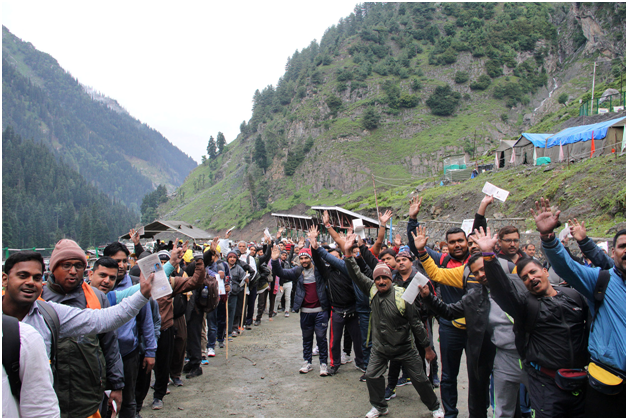 First batch of Amarnath Yatra started its journey from Chandanwari on morning of 29 June. 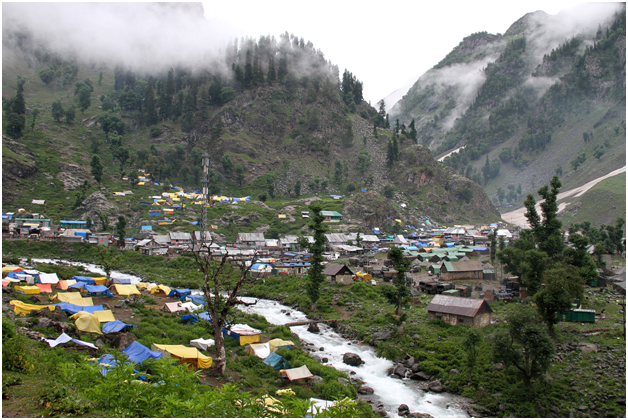 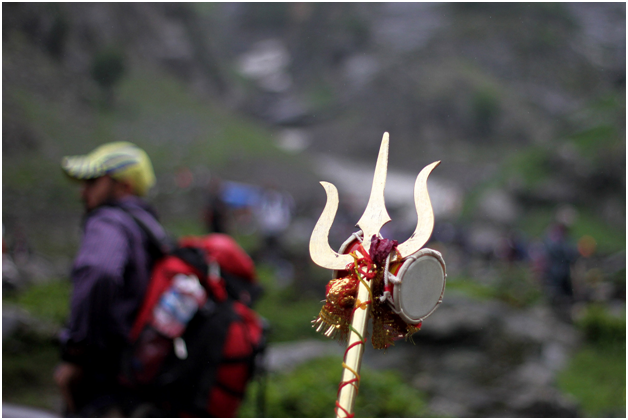 Chandanwari is dotted with tents erected by the locals who help pilgrims ahead of their journey to the holy cave. 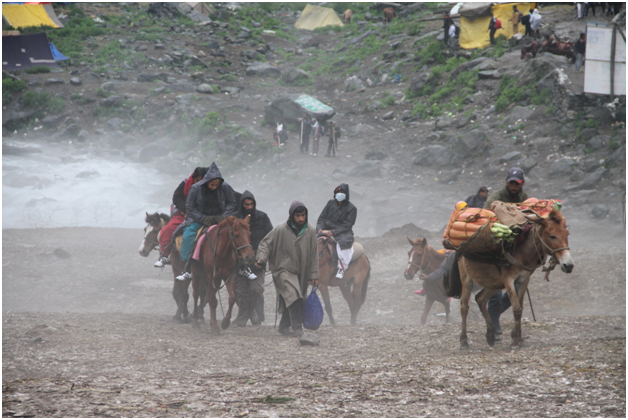 The holy cave is situated at the altitude of 3,888 meters. It is about 141 km from Srinagar, the summer capital of Jammu and Kashmir. 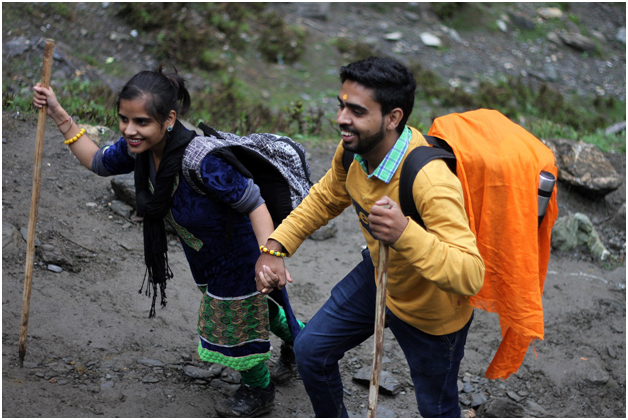 Gaurav and Divya have come all the way from Punjab. ‘’Government had done good arrangements. Media has been telecasting negative things. We are impressed with the hospitality of the people here," they say. 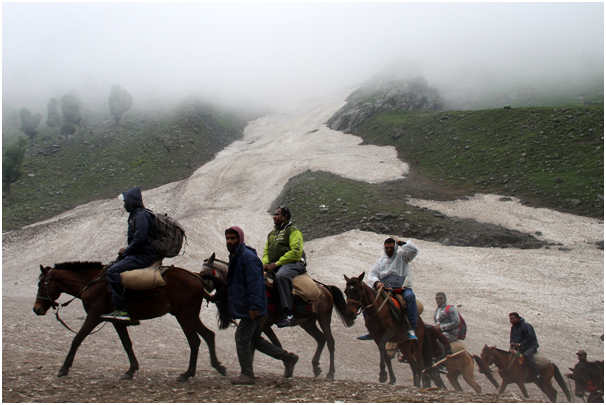 Thousands of Hindu devotees undertake this pilgrimage every year through a challenging mountainous terrain. 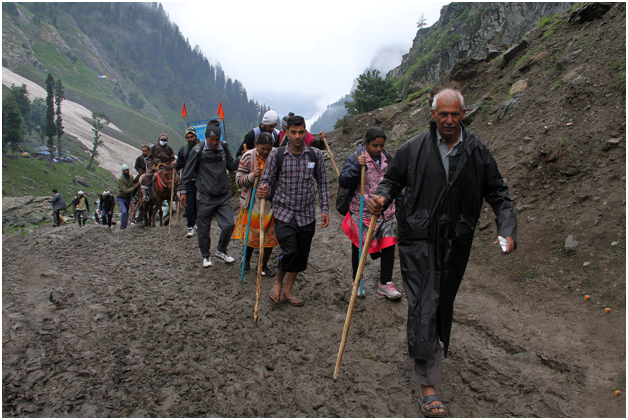 Braving the bad weather, rains, mud and a steep climb, devotees march on foot and in palanquins towards the cave. 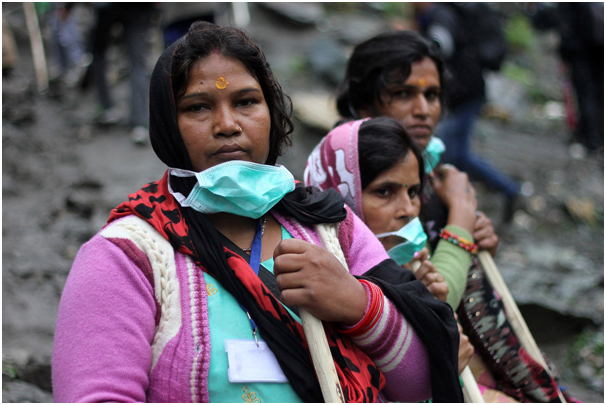 Umesha, 42 has come from Uttar Pradesh for annual Amarnath yatra. She says, ‘’It was my dream to come for Amarnath yatra. It is really nice over here and Kashmiri people are very nice.” 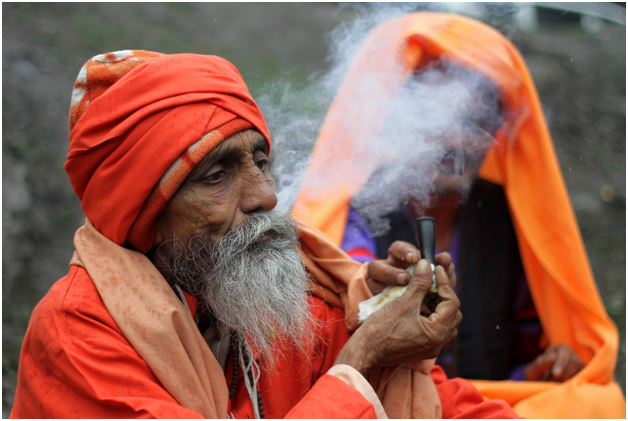 Spiritual high sadhus smoking up on the way to Amarnath cave. Cannabis is supposed to aid in yogic meditation. 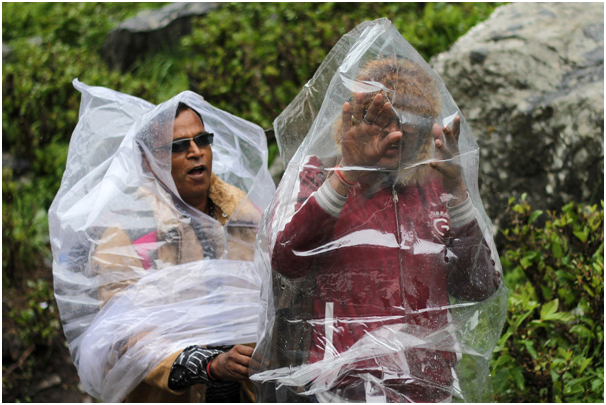 Spirit of Amarnath Yatra is helping each other on the way in this spiritual journey. 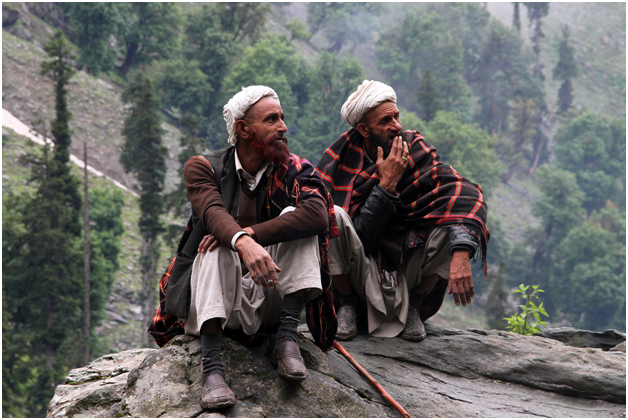 Rehman Khan and Gul Khan are the locals working for Amarnath yatra for 15 years now. They say, "most of the local families are dependent on Amarnath Yatra".

(Cover Photograph: Luxury ride, another mode of transportation to the cave, a chair is tied with wooden logs and carried by four persons --all local Kashmiris---to transport the devotees to the cave. It costs somewhere around 3000 INR per person.)