Wave of Anti-India Protests Across Kashmir After Encounter Deaths

SRINAGAR: A wave of violent anti-India protests have erupted across the Valley following the shooting of a civilian protester by security forces near an encounter site where the divisional commander of Lashkar-e-Toiba for Kashmir, Abu Dujana, was killed earlier today.

Authorities have issued orders for closing all the educational institutions while mobile internet has also been suspended across Kashmir as a "precautionary measure to prevent rumour-mongering on social media," a senior police officer said.

According to reports, students protests broke out at nearly dozen educational institutions in Kashmir, including Kulgam, Pulwama, Anantnag, Kupwara, Handwara, Sopore as well as the capital Srinagar where an incident of vandalism was reported outside a popular fast food restaurant near Amar Singh College. 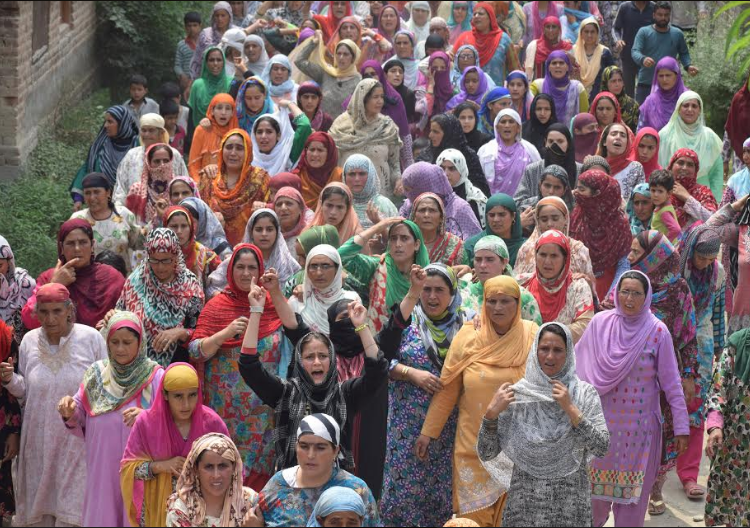 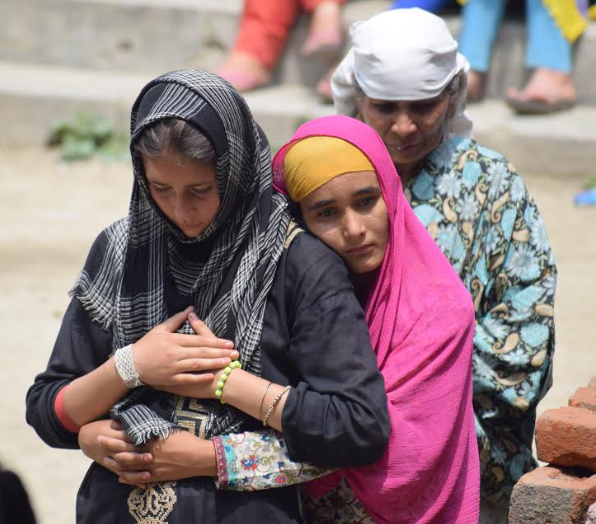 Official sources and witnesses said nearly three dozen protesters were injured as residents, including women and children, clashed with security forces at many places in the Valley and resorted to stone-pelting. Forces responded with teargas, pellets and live fire to contain the situation, sources said.

They said the injured, many of them having pellet injuries, were taken to various hospitals in south Kashmir areas for treatment while at least two of them were referred to Srinagar in a critical state. One of them has pellet injuries, sources said.

Earlier, security forces laid a siege at the crack of dawn around a residential house in Pulwama's Hakripora village where Abu Dujana, who rejuvenated Lashkar-e-Toiba in Kashmir, was believed to be hiding along with his associate. The encounter started at 4 am. 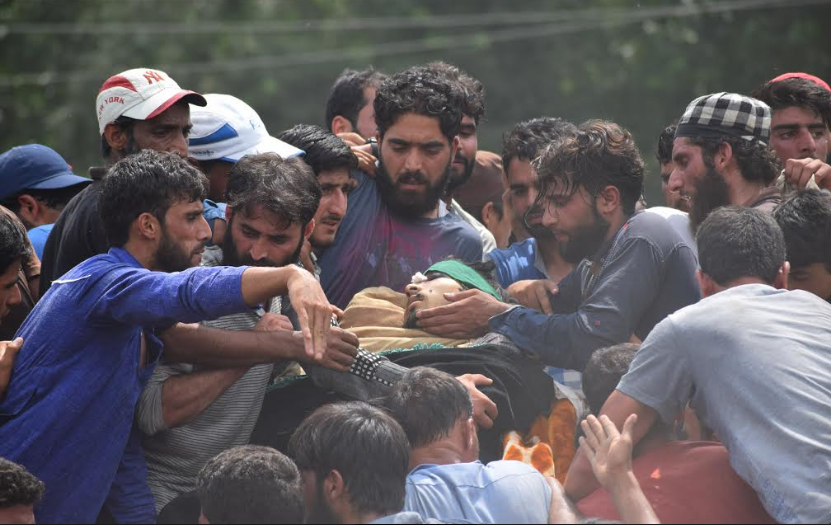 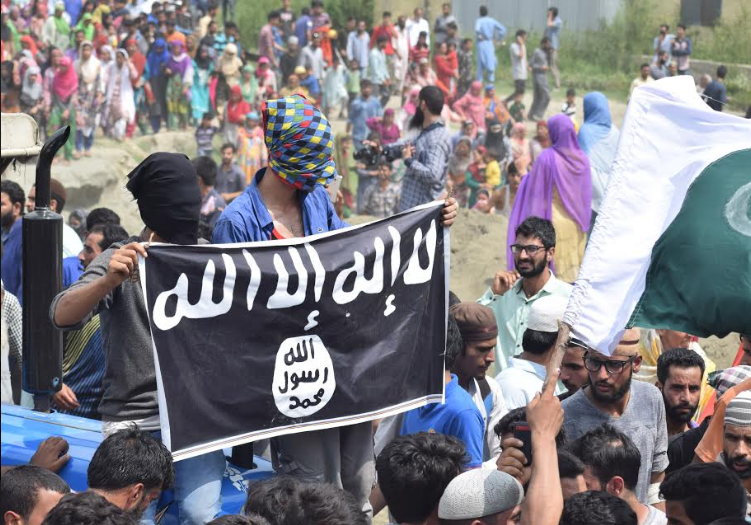 As the news of Dujana being trapped spread in the area, residents marched from adjoining villages to the encounter site and tried to break the siege. In order to disperse protesters, security forces used teargas, stun grenades and pellets but to no avail, officials said.

Witnesses said the deceased identified as Firdous Ahmad Khan, a resident of Begumbagh in Kakapora, was critically injured when forces fired at protesters. He was taken to a hospital where he was declared dead on arrival. Two militants, including Dujana who previously broke the cordon of forces on at least six occasions, were also killed during the encounter.

Dujana, a Pakistani national who carried a reward of Rs 15 lakhs and has been involved in over dozen attacks on security installations, was killed along with Arif Lelhari, a local militant. Two houses were blasted by security forces during the encounter. 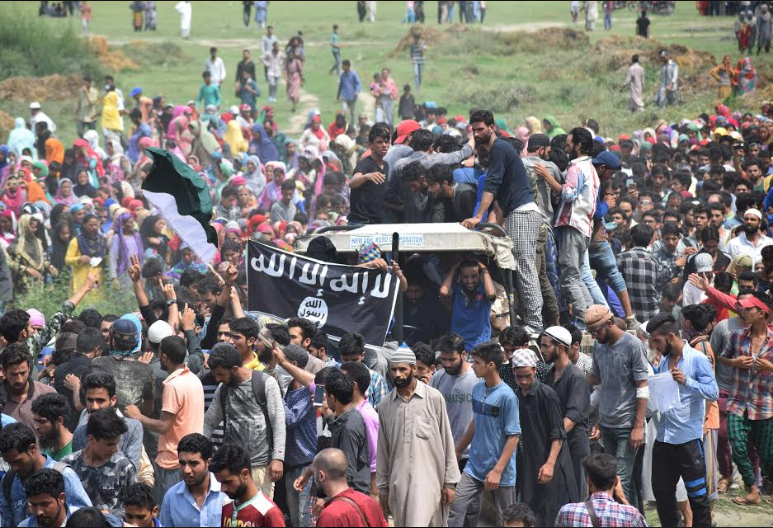 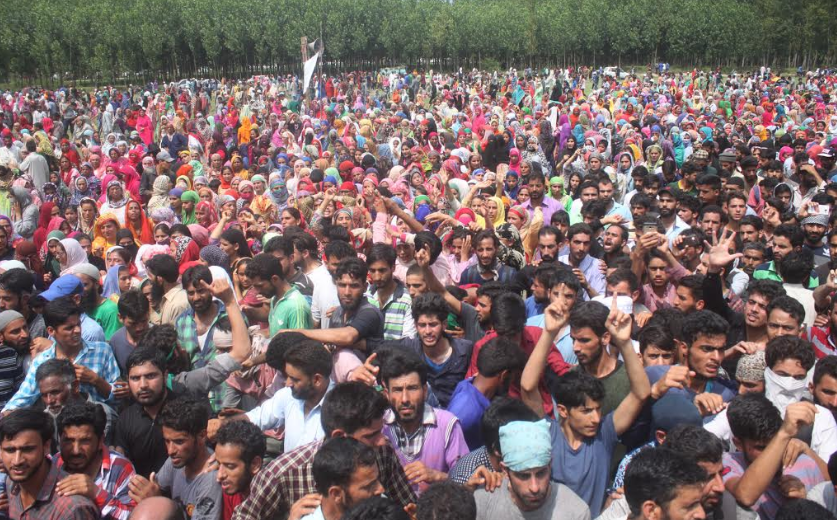 "He was a nuisance in the area and he is gone for good. It is a major success," chief of police for Kashmir region, Munir Khan said, addressing reporters in Srinagar. He was flanked by Lt Gen J.S. Sandhu, General Officer Commanding (GOC) of the Army's 15th Corps.

Meanwhile, a paramedic staff member and a student suffered injuries when security forces opened fire outside a hospital in south Kashmir where the injured from the encounter and protest sites were brought for treatment. Violent protests and clashes between security forces and civilians were going on at many places in the Valley when this report was filed.