LUCKNOW: Undaunted by the police assault on fellow students at the Banaras Hindu University (BHU) campus, scores of students and social activists protested in Lucknow at the feet of the statue of Mahatma Gandhi in the heart of the city.

The protestors expressed solidarity with the students at BHU who were subjected to police assault that left several --including girls--injured. They waved banners and shouted slogans against the BHU administration and the Uttar Pradesh state government.

“Raise your voice loud against this deaf government”, “Sisters of BHU and fellow students we are with you in your struggle” rent the air as protestors defied rainfall to express collective anger against the police that lathi charged students in Varanasi while the Prime Minister was visiting his home constituency, Saturday night. 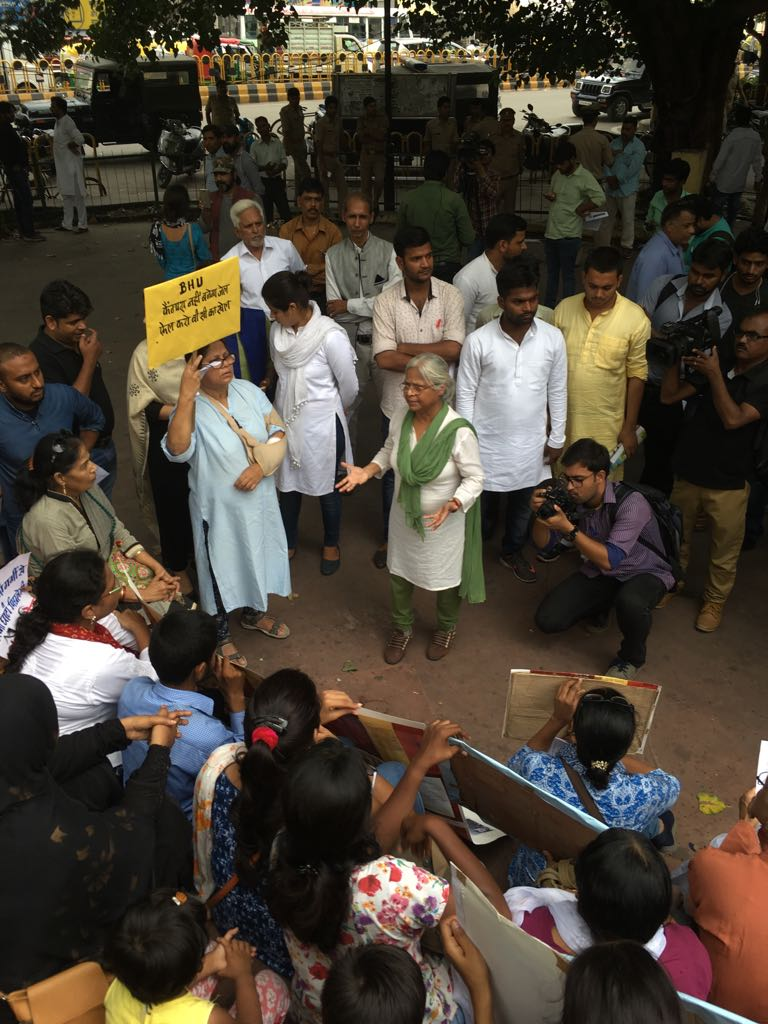 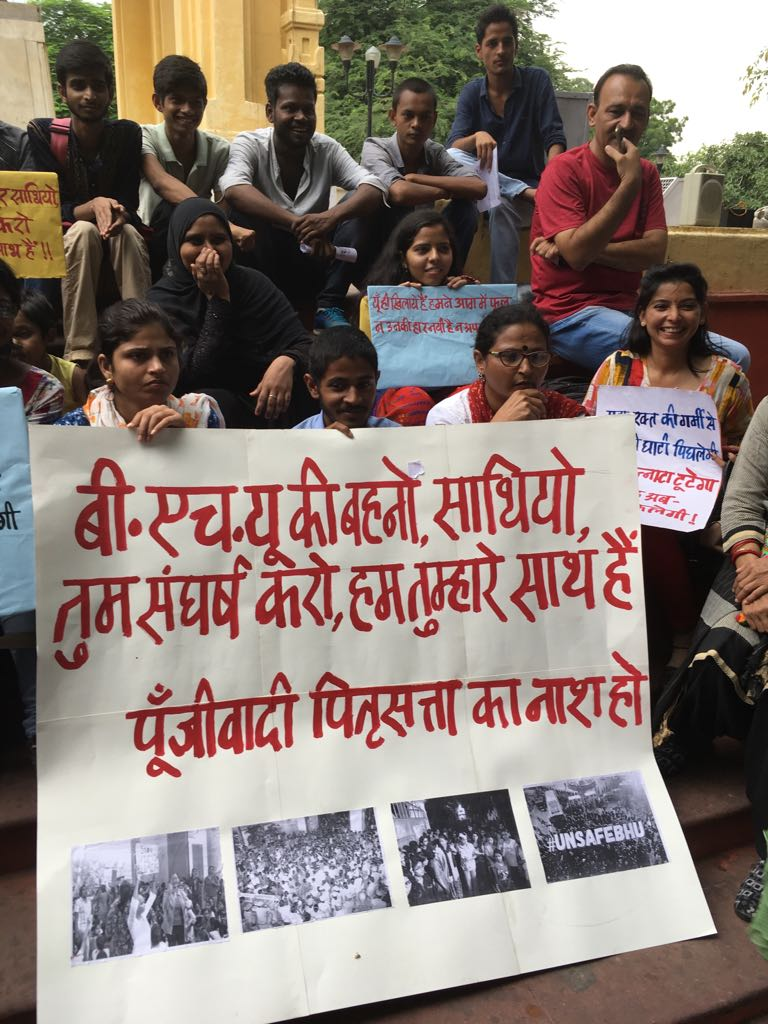 “Female students were beaten, bruised and abused for demanding security on the campus by the police and the BHU administration stood by and watched,” a speaker said.

“No corner of the state is safe for its female population, from murderers and rapists. And when we complain we are beaten up!” Another speaker, in a stirring speech said that the warm blood of the youth is being forced to melt the cold attitude of those in power.

Members of Stree Mukti League and Naujawan Bharat Sabha called all women to speak out against injustices suffered by the women of the state for centuries and to express their anger without fear. 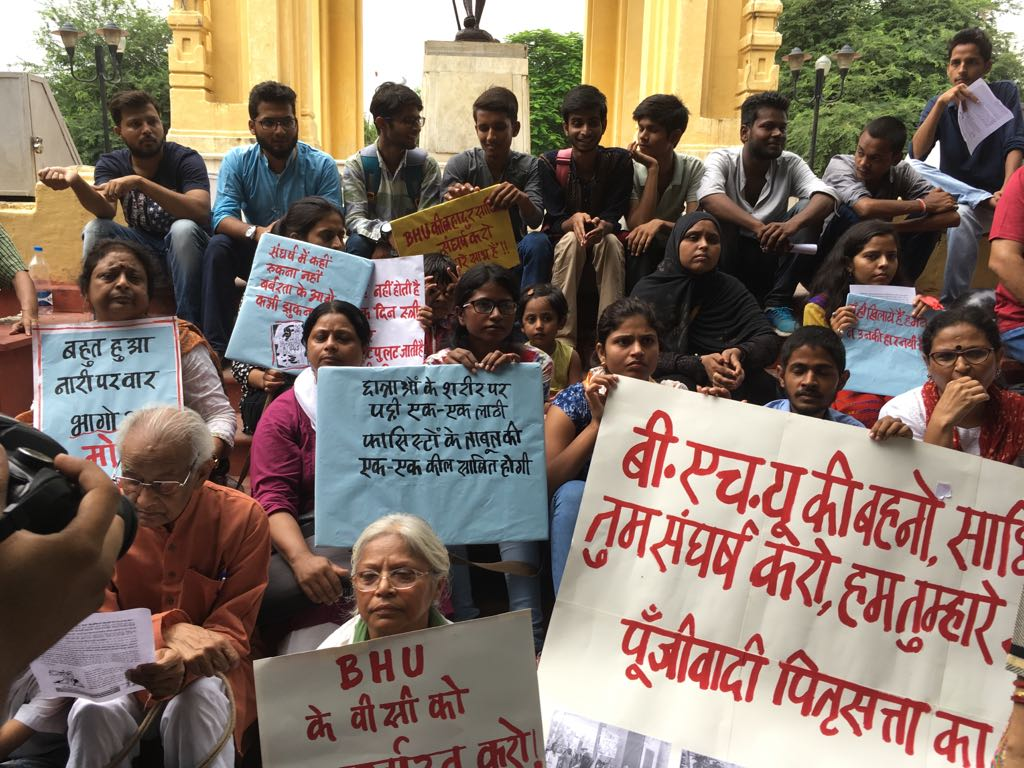 Journalists also protested against the police action before Chief Minister Yogi Adityanath’s residence. Several scribes also faced the police lathi charge in BHU while they were covering the students agitation.

The crowd took a public pledge to no longer remain silent over increasing atrocities upon the large majority of Indians who remain powerless, poverty stricken and bullied by the so called custodians of the country’s future.

Anger in BHU boiled over when a first year student was physically abused and teased by three men on a motorbike last Thursday evening. Calls for help by the student failed to alert the guards. When she complained to the Warden and Chief Proctor she was shamed for roaming around on her own at sunset, and not following hostel timings!