NEW DELHI: There was a little noticed agency report that perhaps speaks of the situation in Gujarat more clearly than any long winded analysis. BJP President Amit Shah was less than 15 minutes into his speech in Porbandar as part of his ambitious Gujarat Gaurav yatra when people were seen leaving the venue. A shocked police force made them sit back in their seats, insisting they could not leave because of security reasons.

The crowds impatience and dismissal of the usual promises and lampooning of the Opposition was very visible, with the audience shifting on its feet and visibly disinterested. This came shortly after Patidar youths disrupted Shah’s speech at Anand, just when he was flagging off the Guarav yatra. After the incident the police detained three young persons and has supposedly launched a hunt for the others, even as it works on determining whether was a ‘conspiracy’ behind the incident.

The slogan shouting youth did manage to create chaos however, during the inauguration of the BJPs electoral campaign. Shah had to appeal to people not to leave their seats. Later Patidar Anamat Andolan Samiti (PAAS) convenor Hardik Patel said that the youths who protested were indeed from his organisation. “I have got reports that police is beating them in custody,” he told reporters. Significantly, local reports stated that the pandal remained almost empty at 9am when the inauguration of the Gaurav Yatra was scheduled, and the function started almost three hours late. When Shah spoke the pandal was near full, although the disruption by the youth caused the party further embarrassment.

The BJP is having a rough time in the state, with the leaders hard pressed to convince business-focused Gujarat about the benefits of demonetisation and now GST. The customary political speeches seem to cut no ice with the Gujaratis for whom development and business is of primary interest, unlike Uttar Pradesh for instance where caste equations can be manipulated each election into new permutations and combinations.

This is a first for Shah in Gujarat since the new government came to power. The BJP is on the defensive in its home state, with a strong campaign on the ground. Part of this is independent of the elections, with Jignesh Mevani and Hardik Patel in particular active for almost three years now in consolidating the Dalit and Patidar vote respectively. The young Patidars, according to local BJP leaders, are giving the ruling party sleepless nights as the anger amongst them is palpable and the influence of 24 year old Hardik Patel intense.

Interestingly, this time around the BJP that had used the social media to great advantage during the Lok Sabha polls and subsequently in the states finds itself on the defensive here as well. The young Opposition leaders in particular have grabbed the space with a ‘vikas’ twitter campaign spreading like wildfire to the amusement of even BJP supporters in Gujarat. The traders and the business community who have come together in massive anti GST and demonetisation protests in several cities with Surat triggering off mammoth rallies, have also joined in this campaign that has become ‘viral.’ #VikasGoneCrazy has a strong Gujarati element that is hilarious to put it mildly, and banks on the creativity of the youth to find new places for ‘vikas’ except where it should have been. A basic parody on the development planks of Gujarat.

Chief Minister Vijay Rupani is not seen as a development person, or for that matter a leader in his own right. After some effort to win over Hardik Patel, Mevani and OBC leader Alpesh Thakor Rupani has dared them to contest the polls and win in their own right. However, this again has had little impact as neither of the three are contesting these polls although they are campaigning against the BJP. Lok Sabha, however, might spin a different story with the younger generation expected to make a maiden entry into the fray.

However, it is apparent that the BJP does not have a strong Patidar face to counter Hardik Patel and thereby rally the community. Rupani, Shah and PM Modi are the three BJP top campaigners and neither can counter Hardik Patels growing appeal at this point in time at least. Interestingly, the BJP is becoming increasingly dependent on PM Modi for the Assembly election with local leaders hopeful that his appeal with the electorate will stand the party in good stead. All, however, are not so sure as the three issues that have touched a raw nerve in Gujarat---demonetisation and GST along with petroleum hikes---have all emanated from the centre with the Prime Minister taking personal ownership of the former two.

The second phase of the yatra began from Porbandar with the tidings not as good as Shah might have hoped for. The yatra will end on October 16 with PM Modi expected to address what the BJP expects to be a seven lakh party worker gathering at Gandhinagar.

A sample of tweets against the BJP #VikasGoneCrazy: 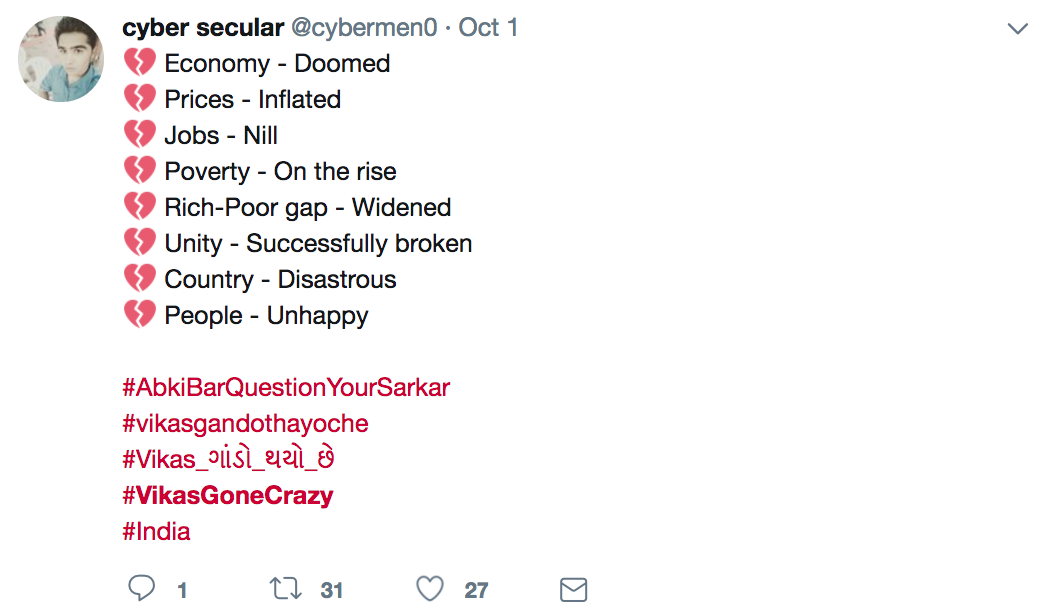 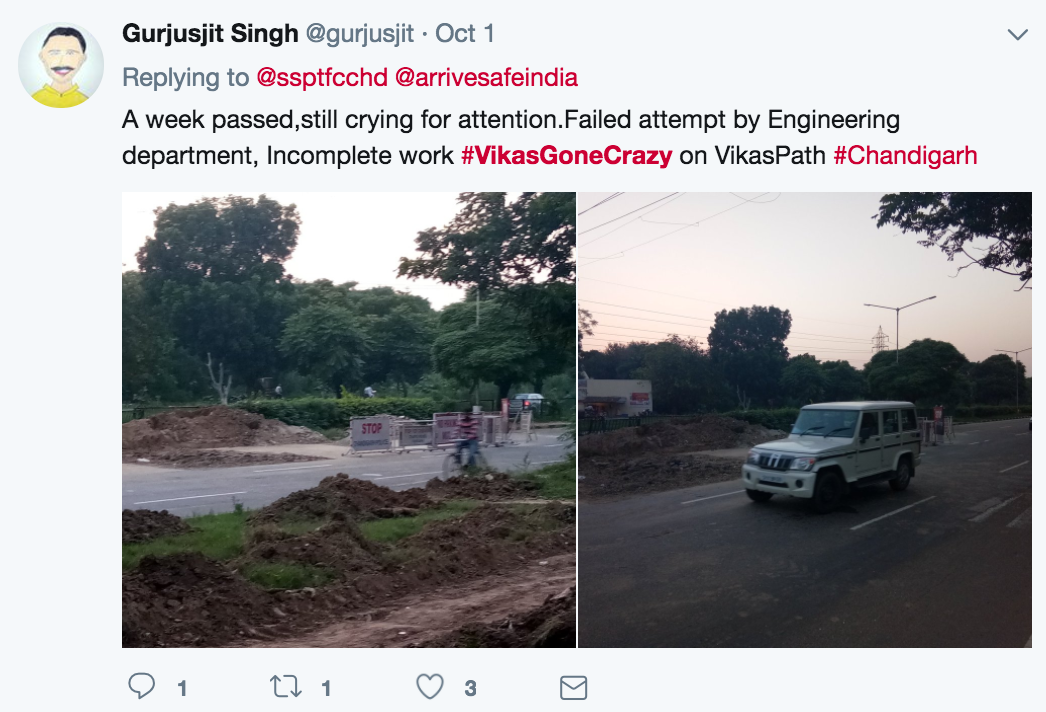