AHMEDABAD: As the electoral battle for Gujarat has begun heating up, the poster war between the Bharatiya Janata Party (BJP) and the Congress has intensified in the state. After the ‘RAM’ Vs ‘HAJ’, released by a local wing of the Rashtriya Swayamsevak Sangh (RSS), two other posters are doing rounds on WhatsApp and other media platforms with an aim to counter the former.

In the first of the latest two posters ‘RAM’ has been changed to ‘RAVAN’ and ‘HAJ’ to ‘AJH’ (Amari Jaan Hindustan – India, our life). The title is same as the earlier one – ‘Pasangi Tamari’ (Your Choice). 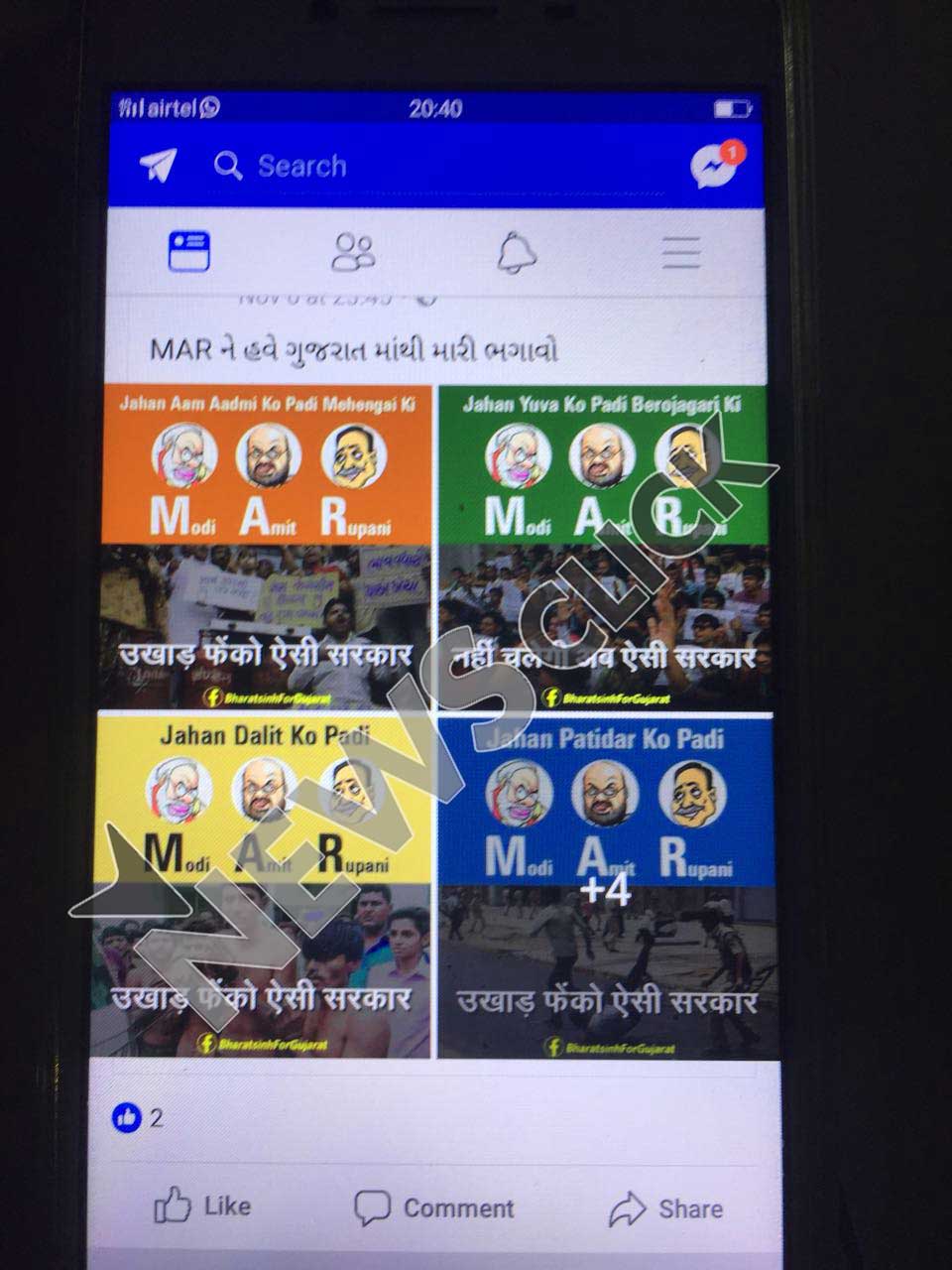 With grey-colour background, the first half of the poster shows lotus (the election symbol of the BJP) on the left side that is upside down and crossed – apparently asking people to reject it.

The latter half of the poster has tricolour with the photos of the three young leaders (Alpesh, Jignesh and Hardik) and ‘AJH’ written in bold below their respective photographs. ‘A’ taken from the name of Alpesh stands for ‘amari’ (our), ‘J’ from Jignesh stands for ‘jaan’ (life) and ‘H’ from Hardik stands for ‘Hindustan’ (India).

The trio has launched an impressive campaign against the ruling BJP. 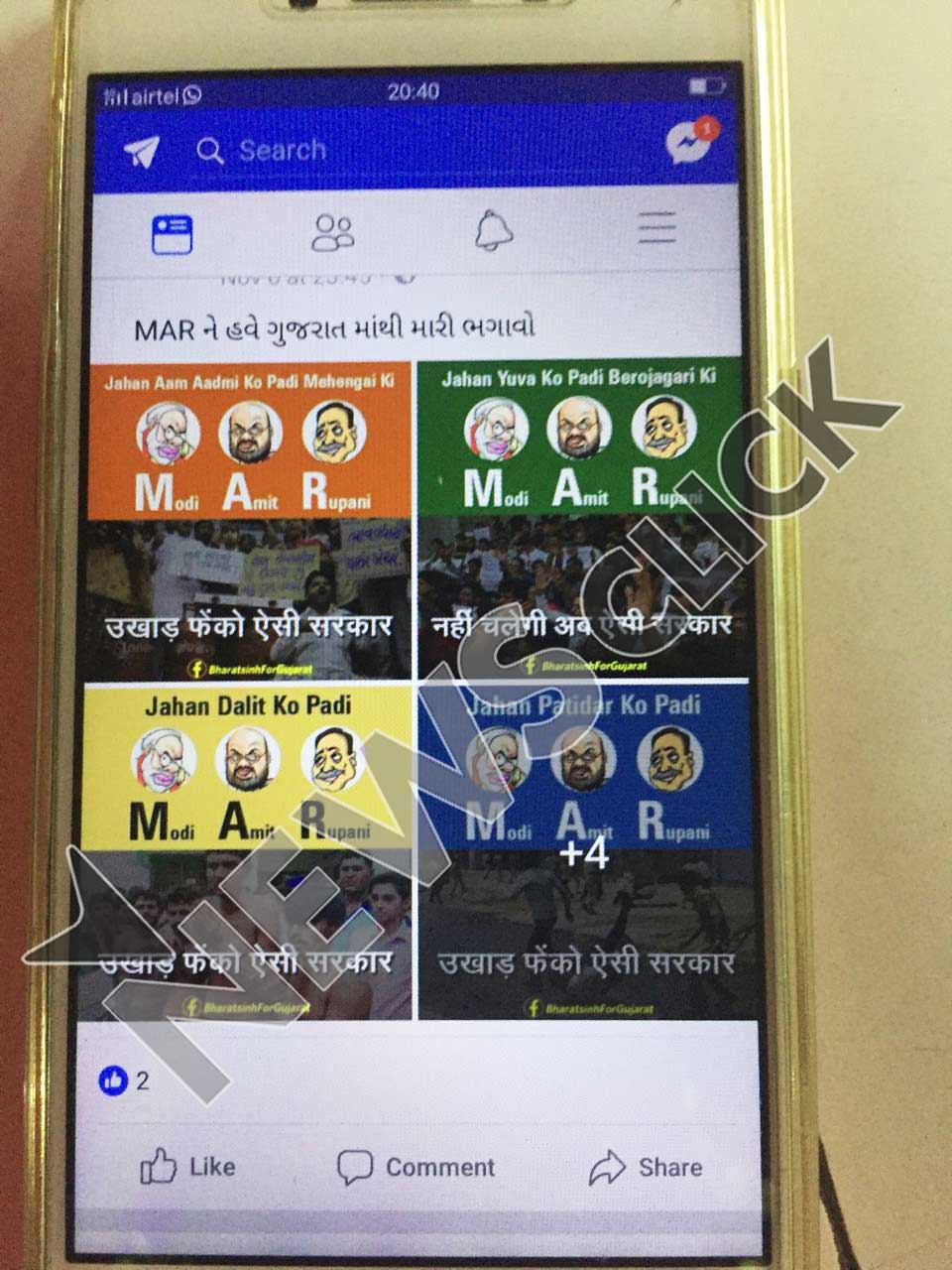 All the four slogans have been established with photographs of the respective incidents.

Earlier, a poster favouring the BJP asked voters chose between ‘RAM’ (Rupani, Amit Shah and Modi) and ‘HAJ’ (Hardik, Alpesh and Jignes) in a clear attempt to communalise the polls.

The poster was released in the local WhatsApp group run by the local unit of the Rashtriya Swayamsevak Sangh(RSS), the political mentor of the BJP, in Amraiwadi Nagar in Ahmedabad.

When asked about the new poster, Jignesh denied having any information regarding it; but said “We will counter their attempts of polarisation with progressive contents. We will ask them about unemployment, demonetisation, implementation of GST, farm crisis, children death in UP, hunger index, farmers’ suicide and rights of Dalits, OBC and Patidars. Simultaneously, we will set our agenda,” he told NewsClick.

The saffron party has already tested the waters last week when Chief Minister Vijay Rupani accused Ahmed Patel of helping terrorists because an alleged Islamic State member arrested recently used to work at a hospital where the senior Congress leader was a trustee long before.

Gujarat is going to polls in two phases on December 9 and 14 to elect a new house of 182 legislators.