This has raised questions, with the Opposition maintaining that Modi had “belittled the position of PM.” Congress spokesperson and former minister Anand Sharma said, “

"The Prime Minister has belittled the position of PM by attending an event of Ivanka Trump. The Telangana CM was already there. Why does PM need a certificate from outsiders and dubious foreign rating agencies?"

This has led to a volley of tweets, and reactions

And the social media of course went to town with jokes, photographs, and tweets on the Hyderabad event. 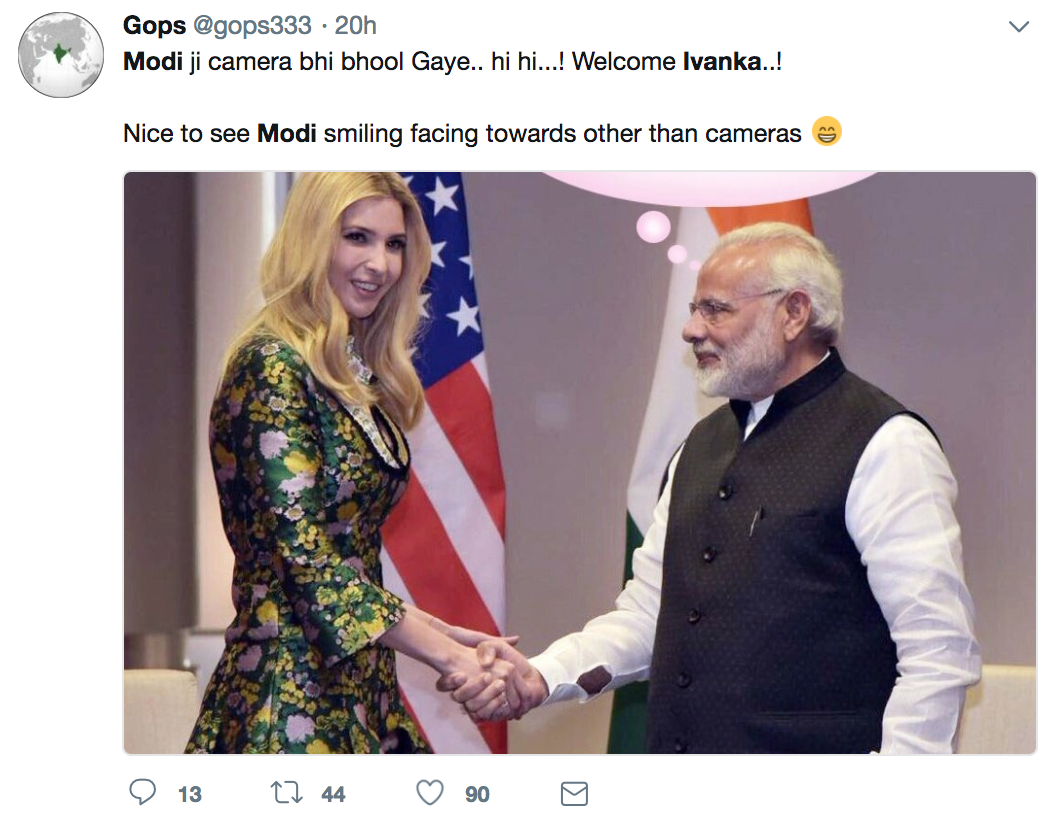