The Congress' final tally secures its place as a valid opposition.

NEW DELHI: In a major setback for the BJP -- which is all set to form the government in Himachal Pradesh -- the party’s Chief Ministerial candidate Prem Kumar Dhumal lost from the Sujanpur seat. The Congress, which performed better than pollsters expected, saw its outgoing Chief Minister Virbhadra Singh secure a win in his Arki seat.

Exit polls had predicted a complete rout for the Congress party in Himachal Pradesh, with analysis projecting anti-incumbency as the main factor that would lead to a BJP sweep in the state. Final numbers, however, tell a slightly different story, and once again indicate just how inaccurate exit poll-based analysis can be. Although the BJP secured a comfortable win with 44 seats, the Congress' final tally puts the party in place as a valid opposition.

The Congress won 21 seats. Several exit polls, however, had given the Congress far lower projections, giving the BJP a massive victory with over 50 seats.

For a total of 68 seats in Himachal Pradesh, News 24-Today’s Chanakya predicted 55 seats for the BJP, and 13 for the Congress, with a plus/minus margin of seven seats putting the Congress as low as 6 seats.

Most accurate were News X’s survey predicted 42-50 seats for the BJP, and 18-24 for the Congress.

ABP News-CSDC exit poll predicted 38 seats to the BJP, and 29 to the Congress.

NDTV’s poll of exit polls, which takes an average, put the BJP at 49 and Congress at 18. 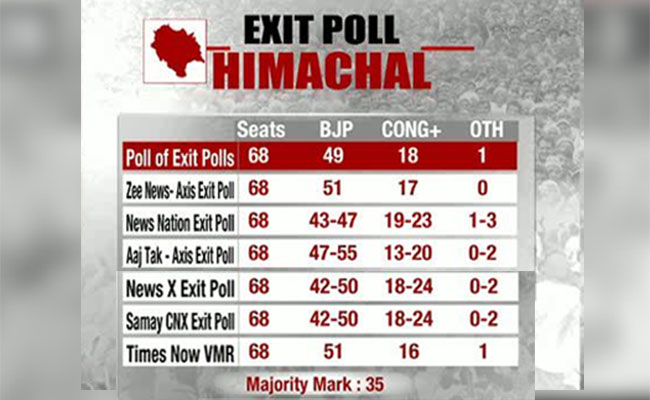 The final numbers were at odds with the projections, with the Congress winning 21 seats -- better than most pollsters predicted. The BJP took 44 seats, short of the 50 plus seats most pollsters gave the party. 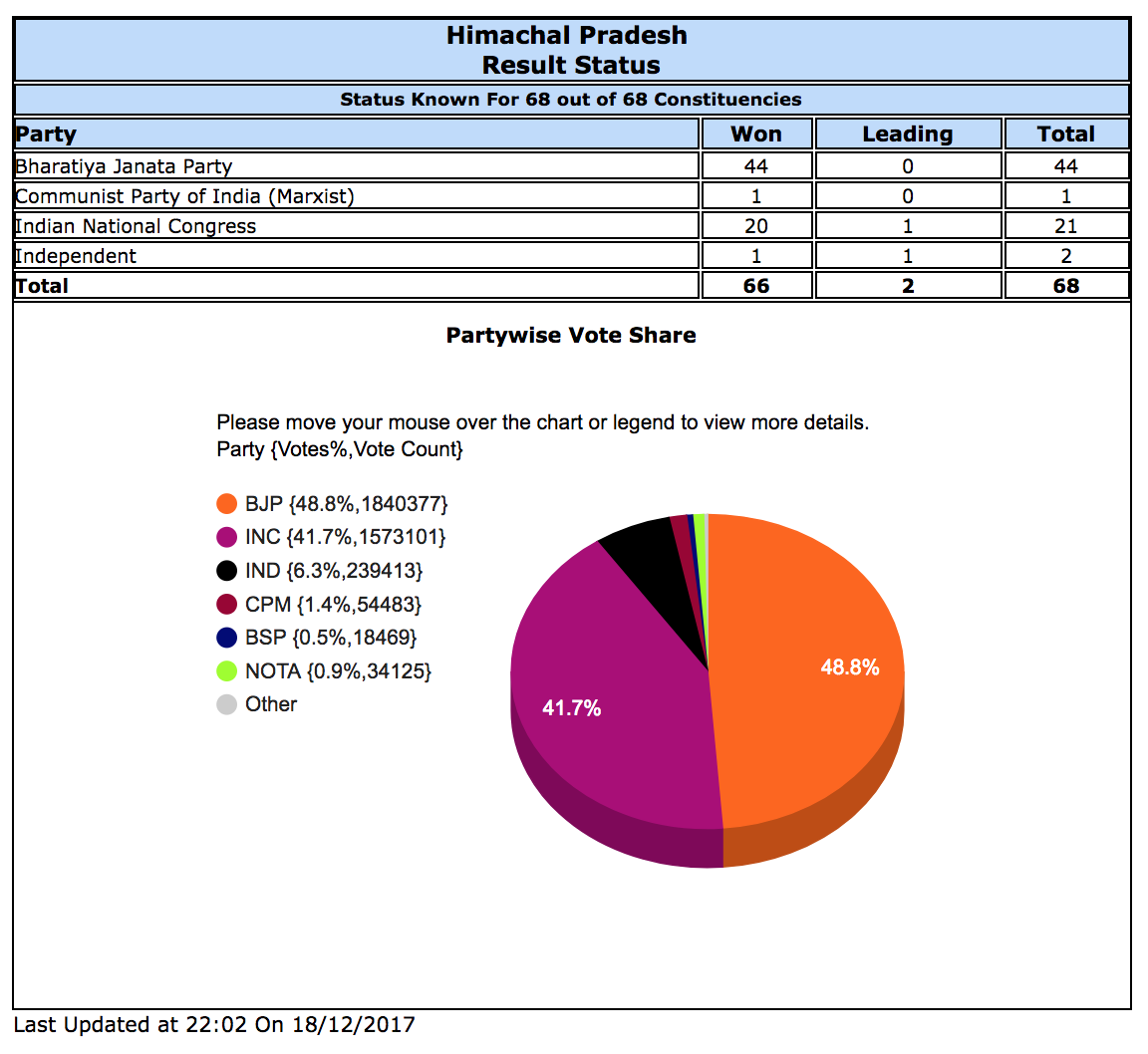 With 21 seats for the Congress and 44 for the BJP, the victory is clearly with the latter as the BJP is set to form the government in Himachal Pradesh. That said, 21 seats are anything but a rout, with the Congress remaining firmly in the game as a valid opposition party.