Photograph from the North East Today

NEW DELHI: The expected has happened. Even before the government has formed in Tripura, the CPI(M) workers and leaders are under right wing attack. At least 200 incidents from across the state have been reported in less than 24 horus with goons supported by what will now be the ruling alliance of the Indigenous Peoples Front and the Bharatiya Janata Party attacking the offices and residences of the local Communist cadres.

A heartrending post of fear and terror from a young girl Kalyani Datta is perhaps the most evocative message of what is going on in Tripura under government watch. “We all support communism and communsit party...And now we are getting haunted...my uncle can’t even go out of his room….Violence is everytwhere, in my native village and neighourhood, our local party offices are finished...they are beating labours and farmers,.... They are unscrupulously beating common people and burning party offices...I’m a girl of 19...yesterdy was the first night I couldnt sleep thinking about my risky life and about my parents, my villagers, my neighbourhood….what to do...please protect us please…..” 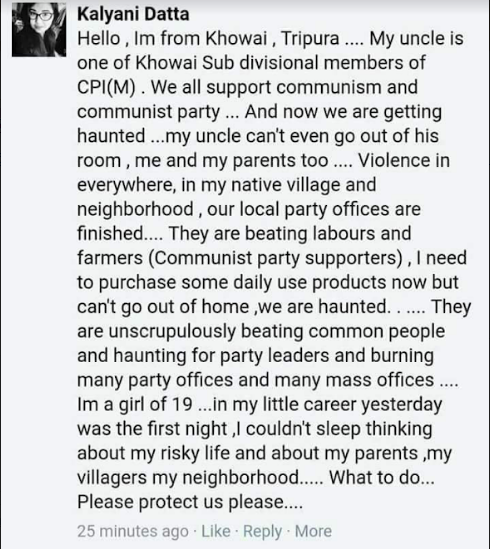 The photographs below are the first to come out of the state, being taken from the CPI(M) Twitter handle that is recording the violence. Videos of a Lenin statue being brought down a al Saddam Husein style are also making the rounds. The central government is reported to have asked its cadres to keep “calm” but the violence continues unabated according to communist leaders. More details are being ascertained. 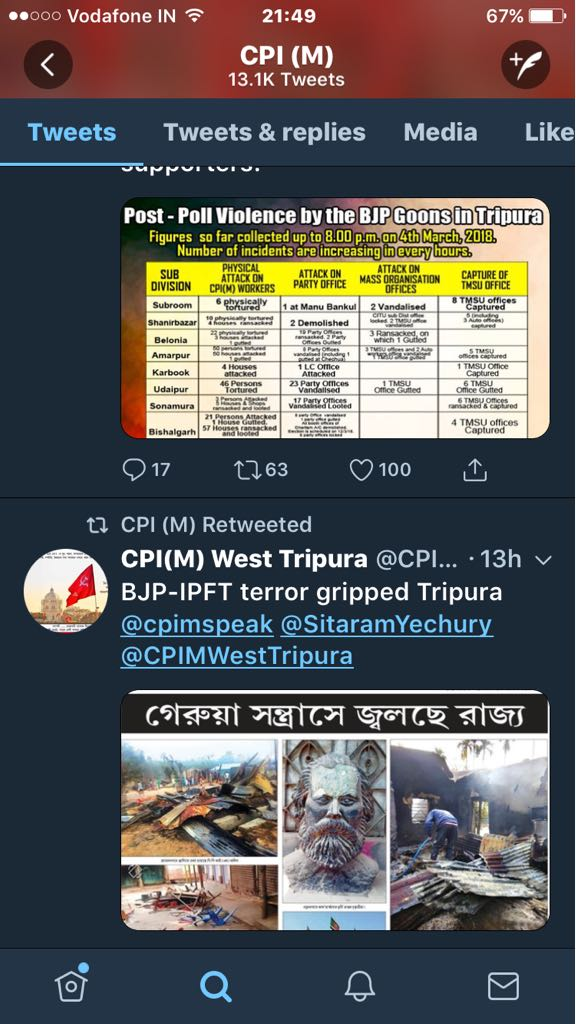 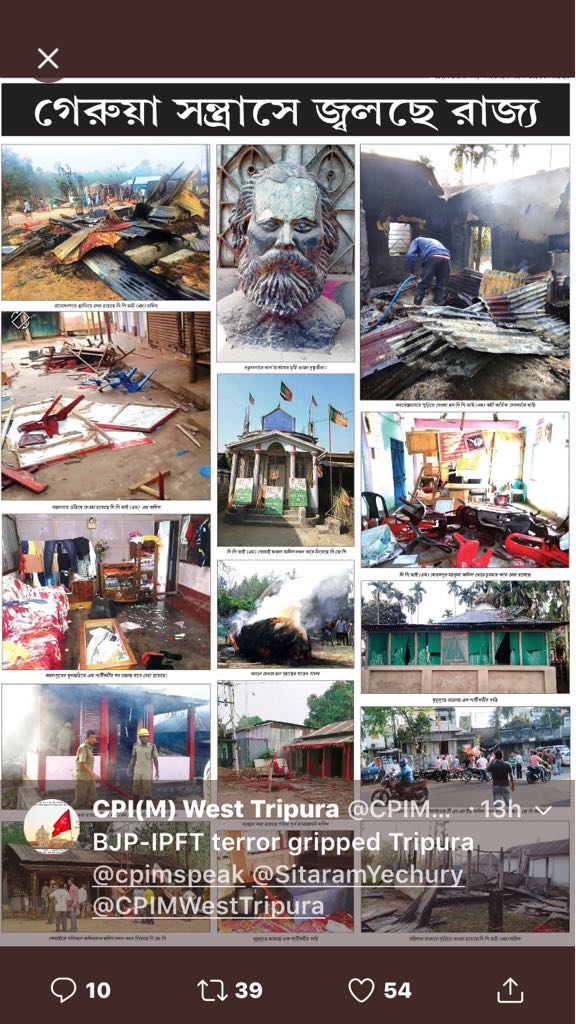