Another Godman Bites the Dust, At Least for Now: Netizens Euphoric

On April 25, amid heightened security, a trial court in Jodhpur held self styled godman Asaram guilty of raping a 16-year-old girl in his ashram and sentenced him 'Life Imprisonment'. Asaram has been lodged in Jodhpur Central Jail since 2013. The verdict was delivered in a makeshift court inside the jail.

Asumal Sirumalani alias Asaram Bapu was arrested in 2013 after a 16-year-old girl from Saharanpur in Uttar Pradesh alleged sexual assault by him in his ashram, on the outskirts of Jodhpur. He is charged under sections of the Protection of Children from Sexual Offences Act and the Scheduled Castes and Tribes (Prevention of Atrocities) Act.

Asaram faces charges of trafficking, rape, sexual crimes against children and could face a prison term ranging from 10 years to life imprisonment. He was arrested from Indore and brought to Jodhpur central jail on September 1, 2013 and has been under judicial custody ever since.

The self-styled godman is embroiled in a rape case in Gujarat as well, where two sisters have lodged separate complaints against him and his son Narayan Sai, accusing them of rape and illegal confinement.

Along with Asaram, the chargesheet named Shilpi, Sharat Chandra, Prakash and Shiva under POCSO Act, Juvenile Justice Act and IPC. While Shiva and Prakash have been acquitted, Sharat and Shilpi are convicted with punishment of 20 years in jail, for each.

“I want to thank everyone who supported us in this fight. Now I hope he will get strict punishment. I also hope the witnesses who were murdered or kidnapped get justice”, the father of Shahjahanpur victim said according to ANI.

Over the last four years since the trial has began, as many as nine witnesses have been attacked, three of whom had been killed.

The Jodhpur High Court has already asked the state to tighten security in Gujarat, Haryana and Rajasthan. Heavy security is deployed near Asaram’s ashram in all three states. Police have detained a follower who was approaching the court with a garland this morning.

The social media has erupted with humour and posts welcoming the conviction.

“He is child rapist Asaram and not Asaram Bapu anymore” and “A great day for Justice for the victims” euphoria has taken hold. 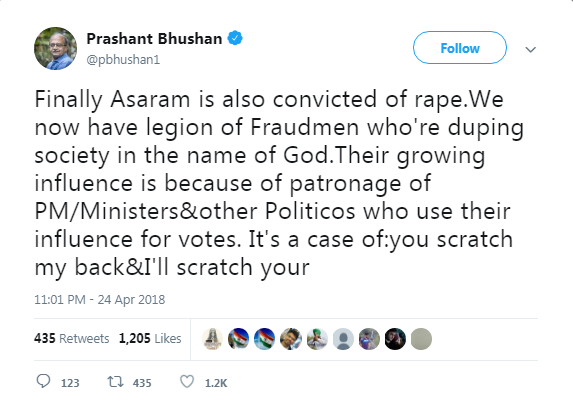 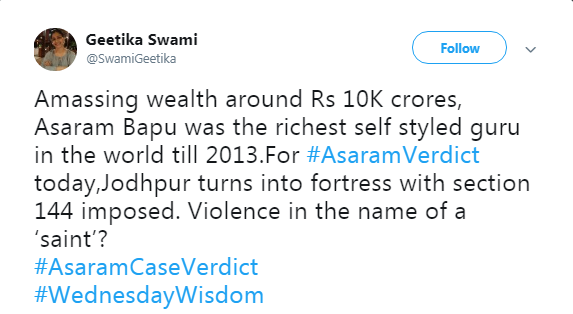 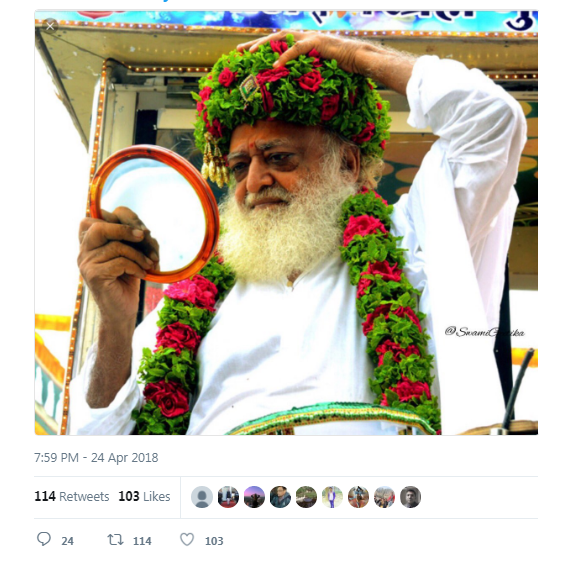 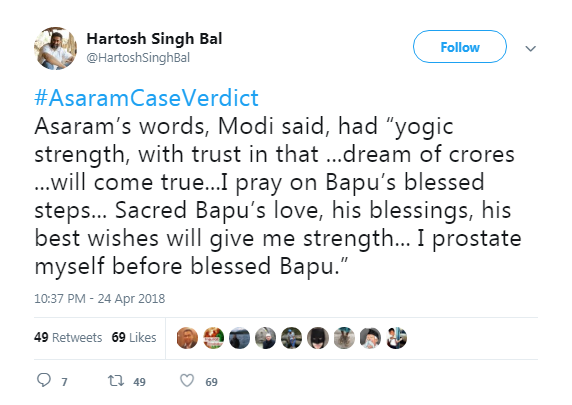 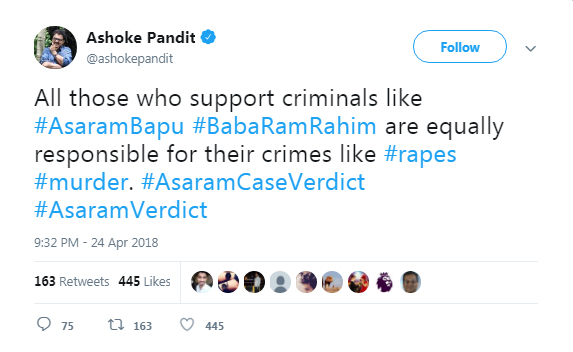 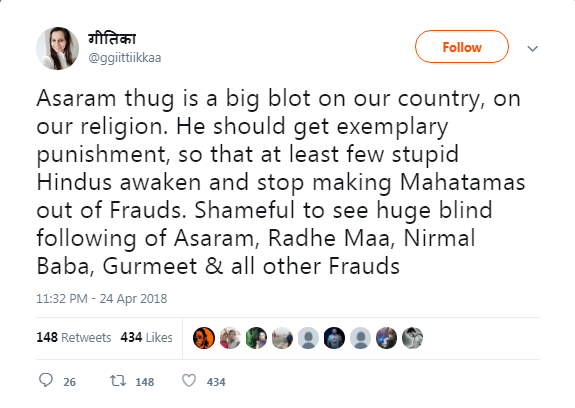 Pratik Sinha, founder of Alt News which busts fake news, tweeted a video where Narendra Modi (then Gujarat’s CM) shared Asaram’s dias. The country wide protests against alleged rape cases in Kathua and Unnao have also seen rallies in support of the accused by political outfits in last few days. Reacting to Asaram's conviction, National Commission For Protection of Child Rights (NCPCR) member Yashwant Jain said, "This judgment is a lesson to people who think they can get away by committing sexual offences against children." 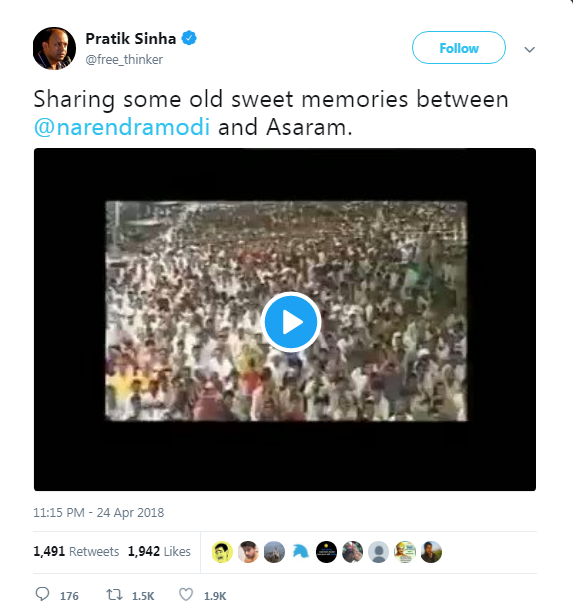