On May 2, more than 20 students were injured when police resorted to lathi-charge and use of teargas shells to disperse the protesting students of Aligarh Muslim University. The students were demanding the arrest of outsiders who had barged into the campus, shouting slogans demanding removal of the portrait of Muhammad Ali Jinnah from the Students’ Union office.

A Hindu Yuva Vahini mob entered the campus earlier in the afternoon and clashed with university students. Former Vice-President of India, Hamid Ansari was present in the campus to deliver a lecture. Hamid Ansari is also a former Vice-Chancellor of the university. University teachers point out that the timing of the mob was not a coincidence. 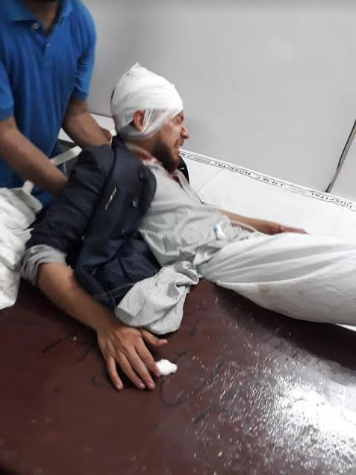 “This is a serious security lapse on the part of police administration as the former Vice-President of India was present in Guest-House no. 3 when the incident occured.”- reads a statement issued by Prof. Njmul Islam, Hony. Secretary of Aligarh Muslim University Teachers’ Association.

The university has registered a complaint against activists belonging to the Hindu Yuva Vahini for raising ‘objectionable slogans’ against the university near the administrative block.

AMU students’ union released a statement alleging that it was a serious attack on Hamid Ansari along with the students of the university. They have sent the letter to D.G.P, D.I.G and District Collector of Uttar Pradesh and asked for immediate action against RSS karyakartas (activists).

Teachers body condemned this ‘attack’ and stand in support of the students. 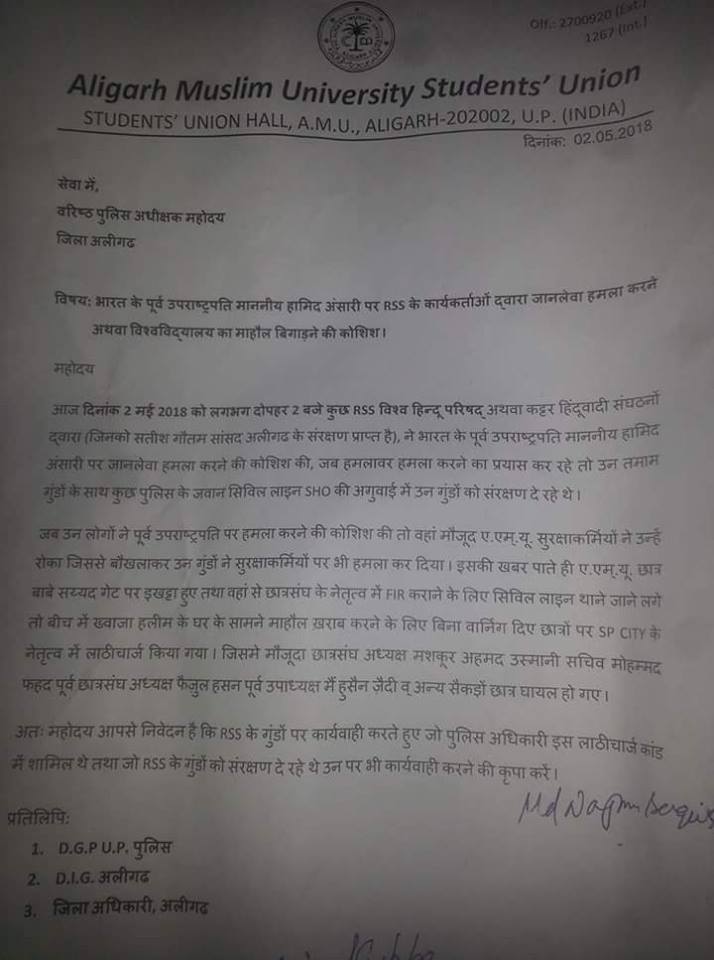 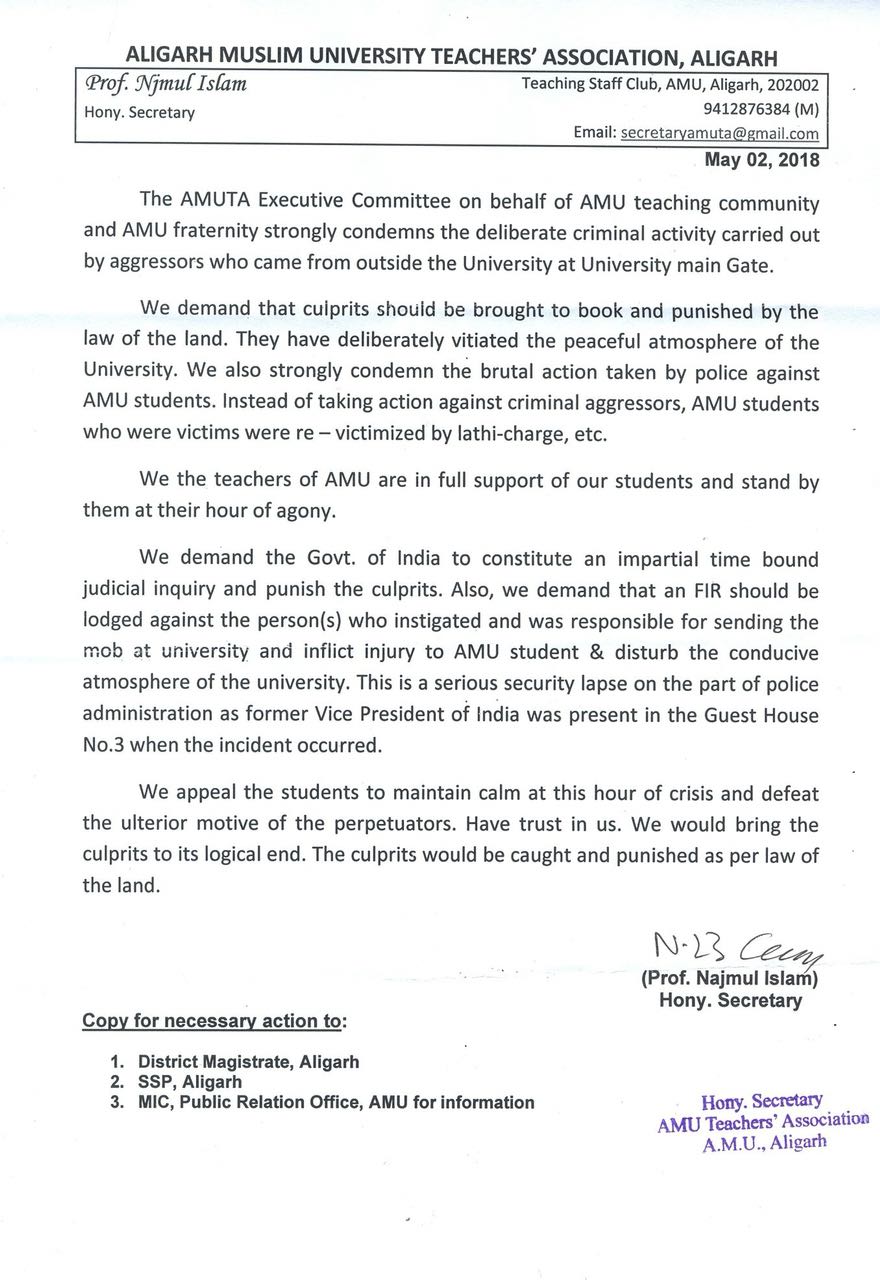 “The ‘provocation’ for Wednesday’s assault was a manufactured controversy surrounding a portrait of Mohammad Ali Jinnah hanging in the Union Hall of the AMU Students’ Union. The portrait is not new, nor has it recently been unveiled, contrary to the disinformation being spread on social media, but dates back to before the partition of India and the creation of Pakistan.”- said Ansab Amir Khan, a student of AMU.

A few days ago, BJP MP Satish Gautam, who represents Aligarh, tried to stir up a controversy over Jinnah’s portrait accusing AMU of harbouring pro-Jinnah and pro-Pakistan views even today. Mohammad Sajjad, a professor of history at AMU, reportedly explained that the portrait has been in the Students’ Union Hall since 1938, when Jinnah was awarded life membership of AMUSU. The first person to have been documented as a life time members, was Mahatma Gandhi. In later years, Dr B.R. Ambedkar, Jawaharlal Nehru, C.V. Raman, Jai Prakash Narayan, and Maulana Abul Kalam Azad have also been awarded with the same among many others whose portraits still adorn the walls.

“Those who are asking for removal of this portrait in the wake of the events of 1947 and Jinnah’s “two nation theory” do not know about the integrity of not changing historical facts and artefacts, as is clear by their attitude towards historical monuments, and modern syllabi. AMU, unlike the government, does not believe in distorting history to its favour.” he added.

The general body of the students union conducted a general body meeting and decided to file a petition against police and district administration in Allahabad High Court.

Numerous groups in New Delhi such as Campaign_Against_Hate, University students’ groups have called for a protest at UP Bhavan on May 4, 2018 to condemn the incident and demand justice.