Former President of India to address RSS meet this evening

NEW DELHI: The excitement in the Congress camp against the visit of former President of India Pranab Mukherjee to the Rashtriya Swayamsevak Sangh headquarters at Nagpur is perhaps matched by euphoria within the RSS, if the Facebook pages run by its ‘supporters’ can be taken as an indication.

The one just below, with the cautionary “This unofficial Page was created because people on Facebook have shown interest in this place or business. It's not affiliated with or endorsed by anyone associated with Rashtriya Swayamsevak Sangh, has taken the lead in embracing the former President of democratic, secular, socialist India days and hours before he arrives there Thursday June 7, 2018 at 7pm to speak to the RSS, old and the new.

The FB page links to the RSS official site, and the posts are in praise of the organisation and all it stands for. Pranab Mukherjee is being felicitated in the latest posts, placed on the Page by RSS supporters who have also dressed him in the new RSS uniform (trousers not knickers it seems) as he takes the salute pracharak style. 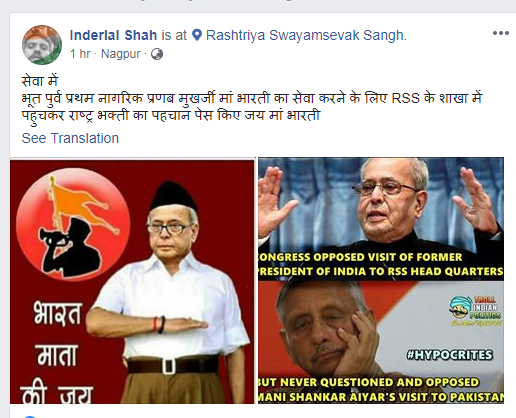 Ironically, a post critical of the Congress for opposing Mukherjee’s visit to the RSS headquarters and supporting member Mani Shankar Aiyer’s visit to Pakistan ends up making an equation between the two. 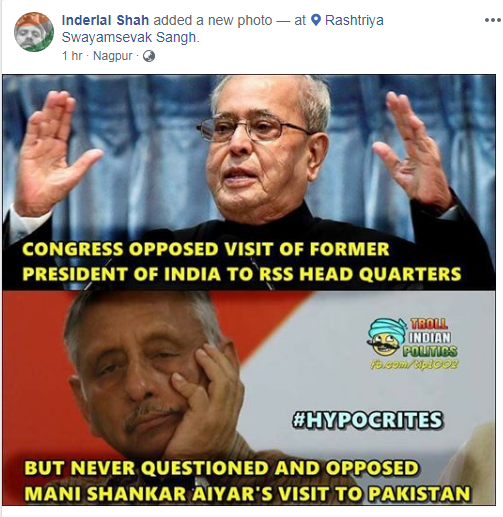 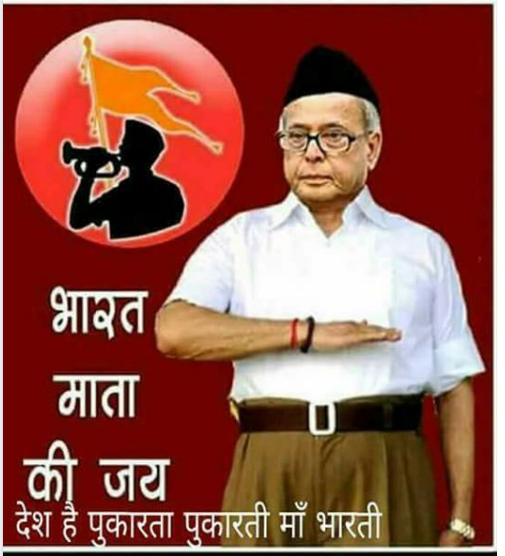 Another Facebook Page with 815K likes owes its existence to Rashtriya Swayamsevak Sangh Fans. This has been comparatively more sober.

This basically exults at Mukherjee’s embrace of the RSS, and the heartburn it is giving to what RSS terminology describes as sickulars, libtards etc with the media of course labelled Presstitutes in a vocabulary that clearly makes the ‘fans’ happy. 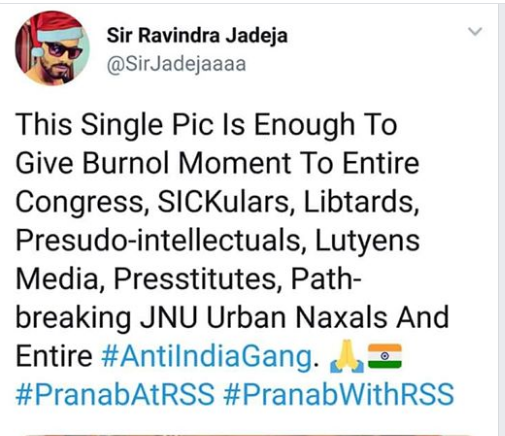 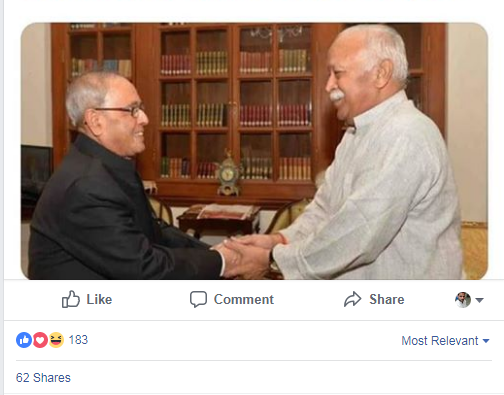 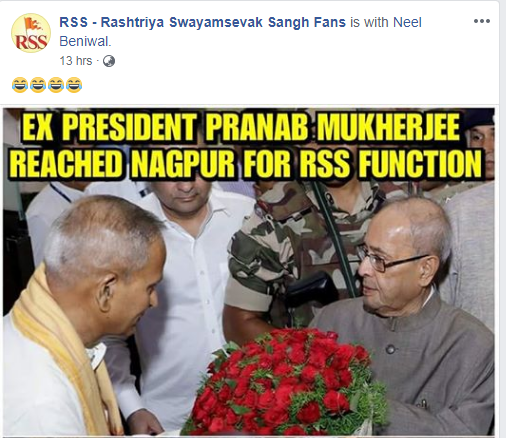 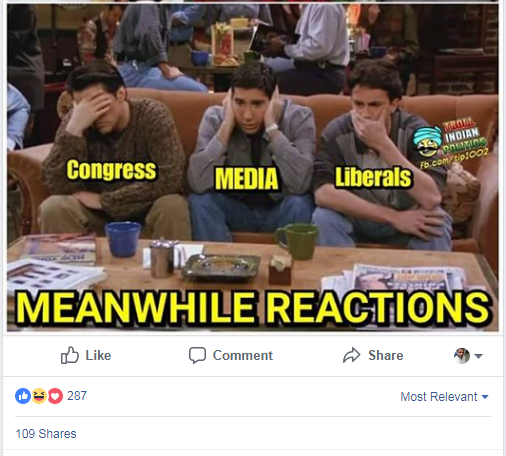 It is these and other related, but less liked pages, that will probably reflect the speech and the results of the visit. The photograph above captures Mukherjee being received by a RSS leader, a former President of India who has dismissed pleas by his parent party the Congress, and even his daughter, to cancel the visit and protect the dignity of the constitutional office he held till recently.