NEW DELHI: Minister of External Affairs Sushma Swaraj finds herself at the receiving end of a merciless troll attack on Twitter to a point where just a day ago she called out against all the hate and abuse she has been receiving with a sarcastic but very defensive tweet. 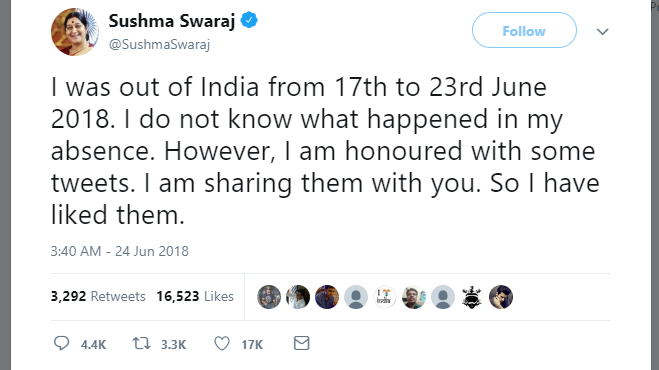 On June 20 a Noida-based interfaith couple, Anas Siddique and Tanvi Seth reached out to the External Affairs Minister Sushma Swaraj on Twitter to intervene after a humiliating and insulting incident at the Lucknow Passport Office at Ratan Square. The couple in their tweets recounted how they were mistreated, harassed and moral policed by the passport officer,Vikas Mishra for being a Hindu-Muslim couple. He told the husband to convert to Hinduism and shamed the couple and allegedly rejected their application. The Minister intervened and the man was transferred.

Since then a volley of untrammeled abuse has hit Swaraj.The action taken against the passport officer has not go down well with many of the right wing empathizers who have blamed the Minister for punishing an officer and being a Muslim supporter. When the controversy erupted she was on a tour to Europe.

The trolls attacked her for Muslim appeasement, supporting traitors an caller her a bigot. The online troll army flooded Twitter with inflammatory,hateful, deeming abuses and trolls hurled at her. Some of the nastiest tweets and hate and abuses she received are below: 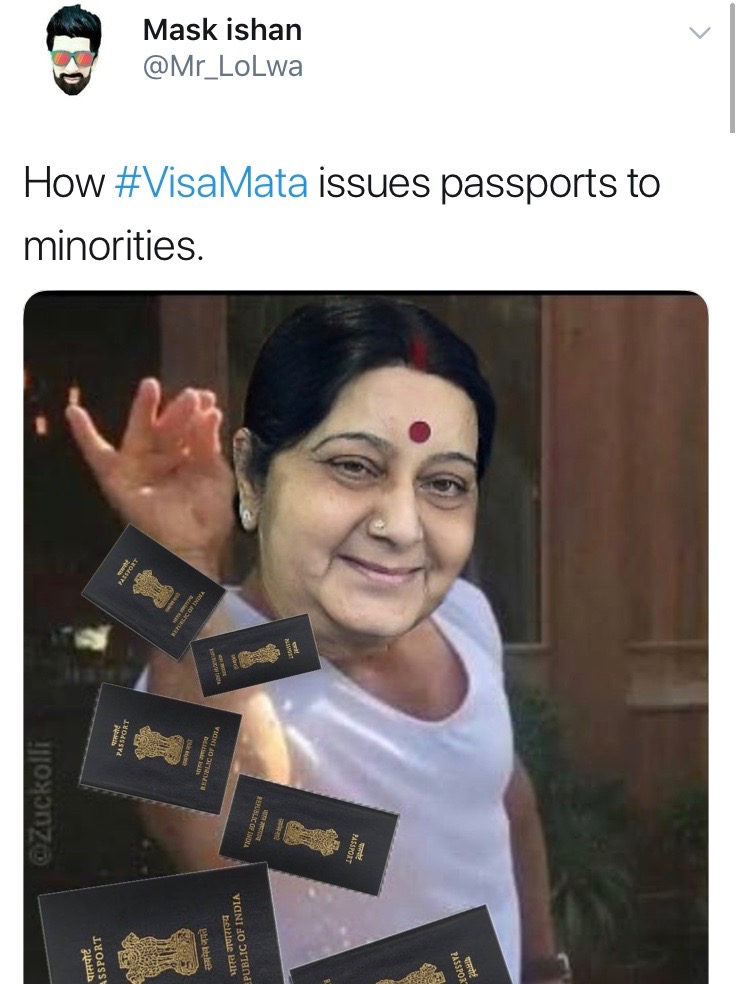 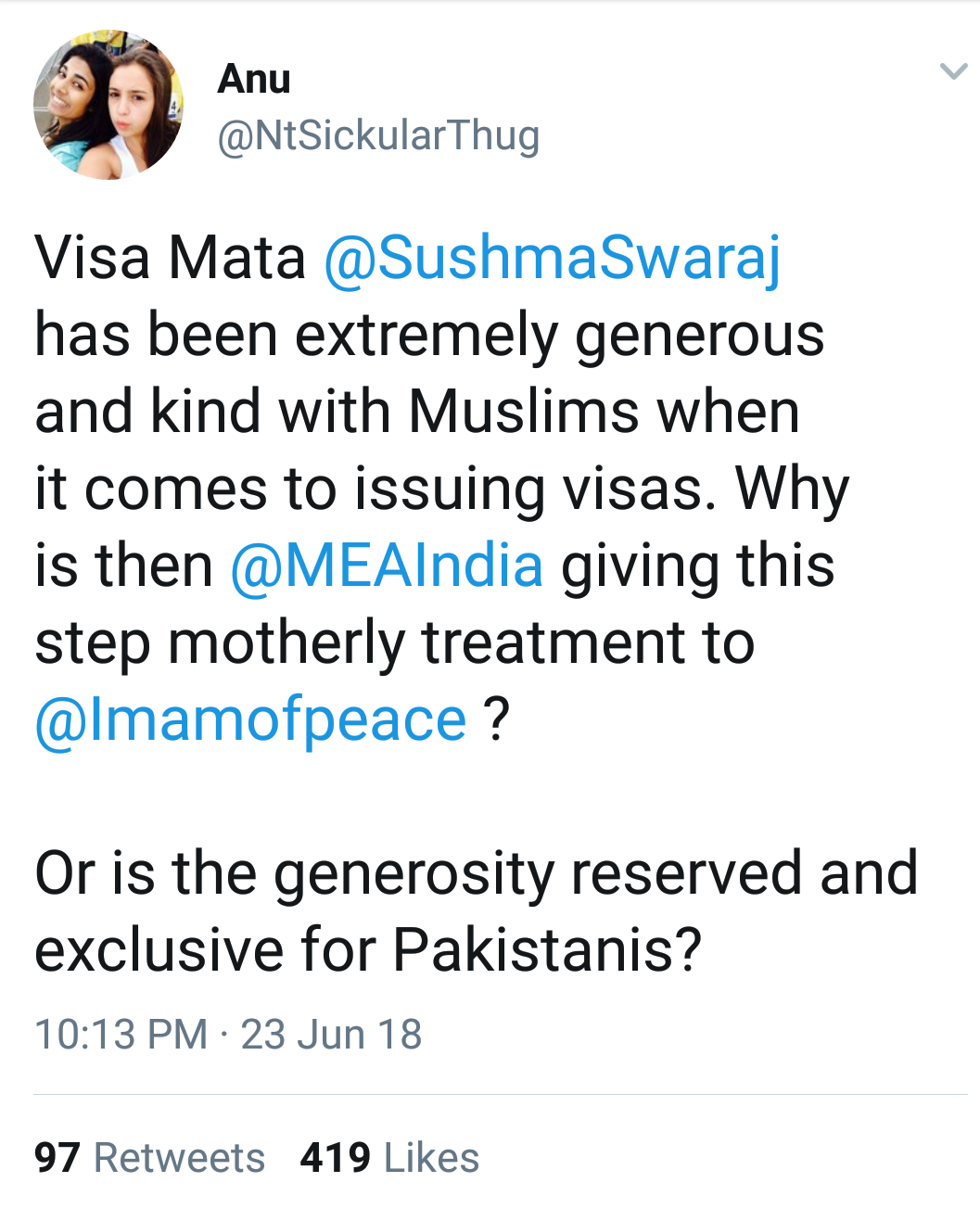 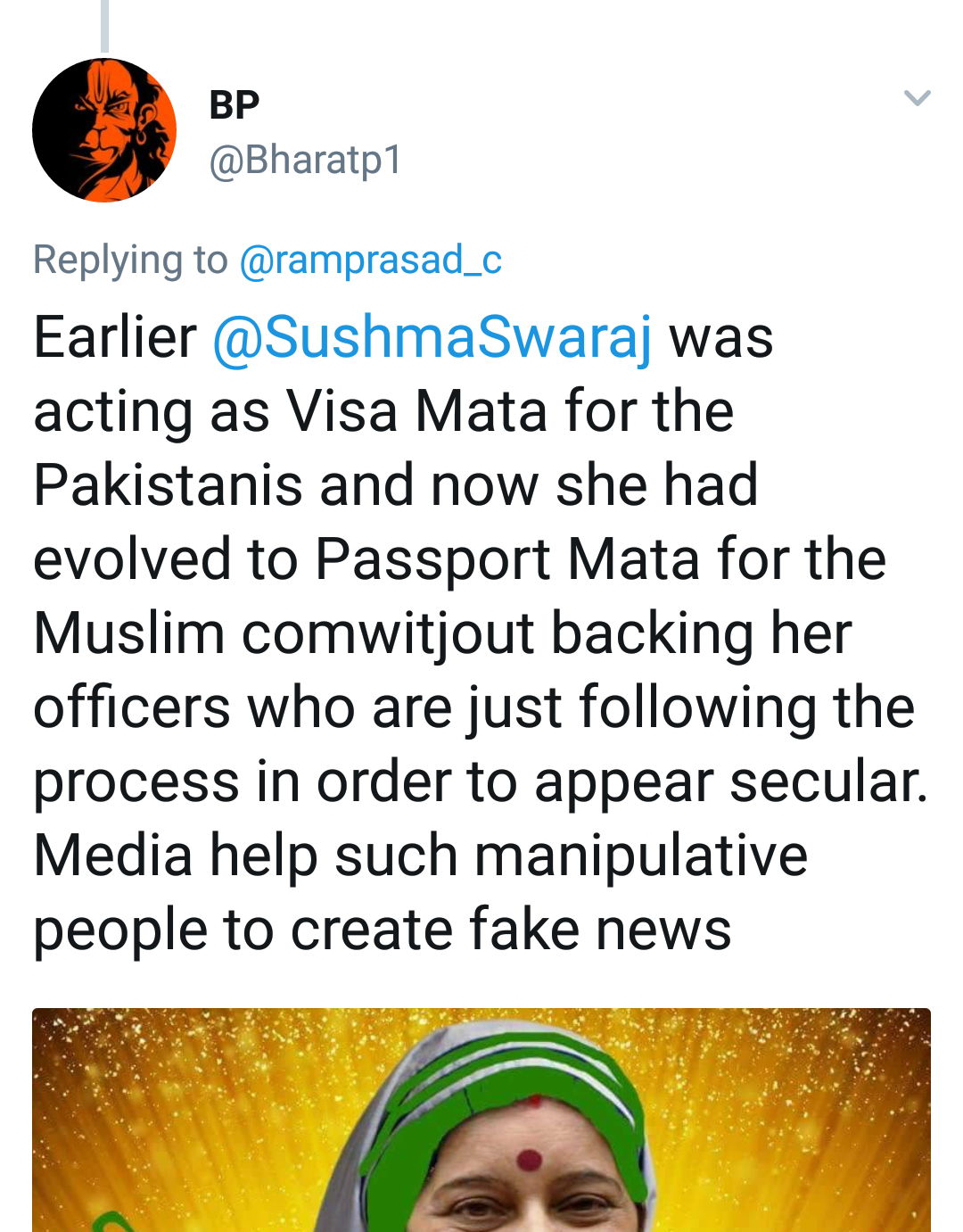 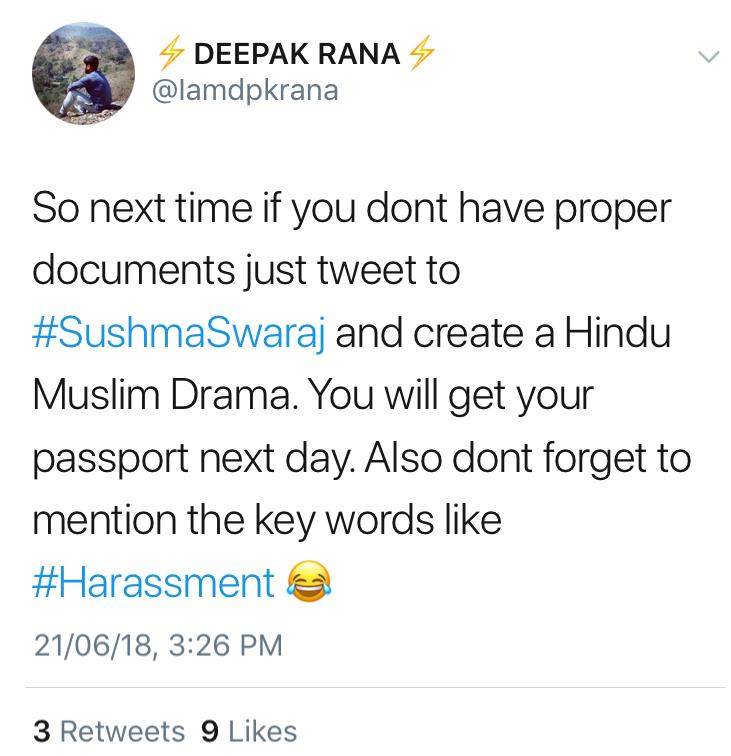 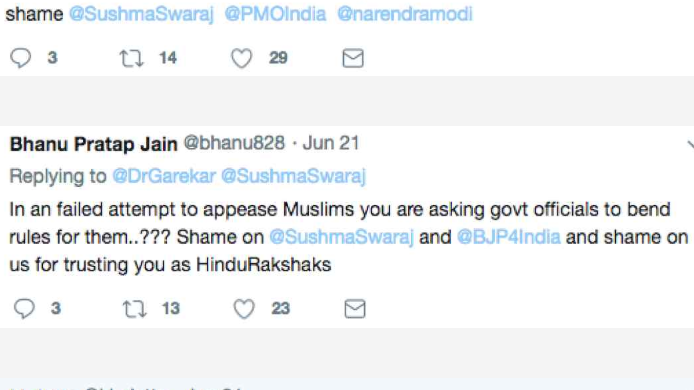 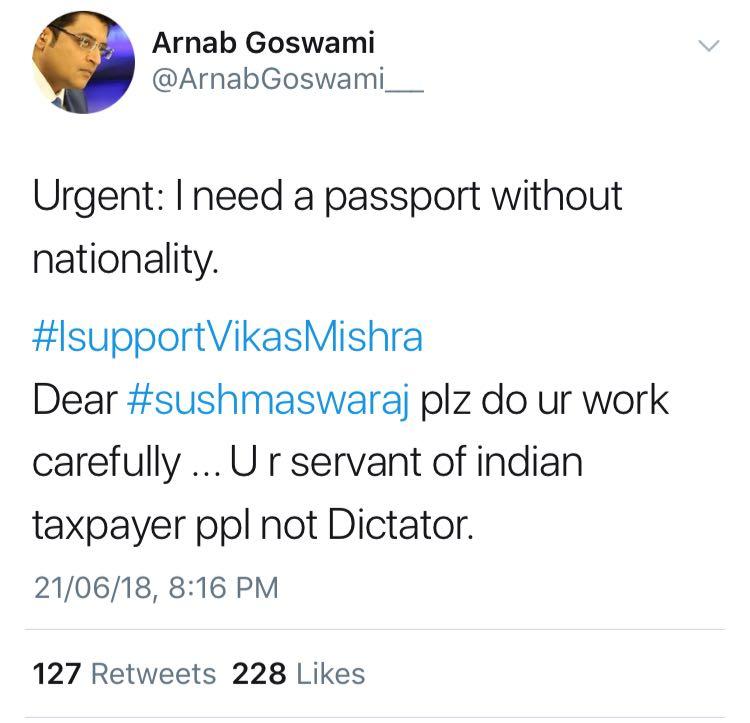 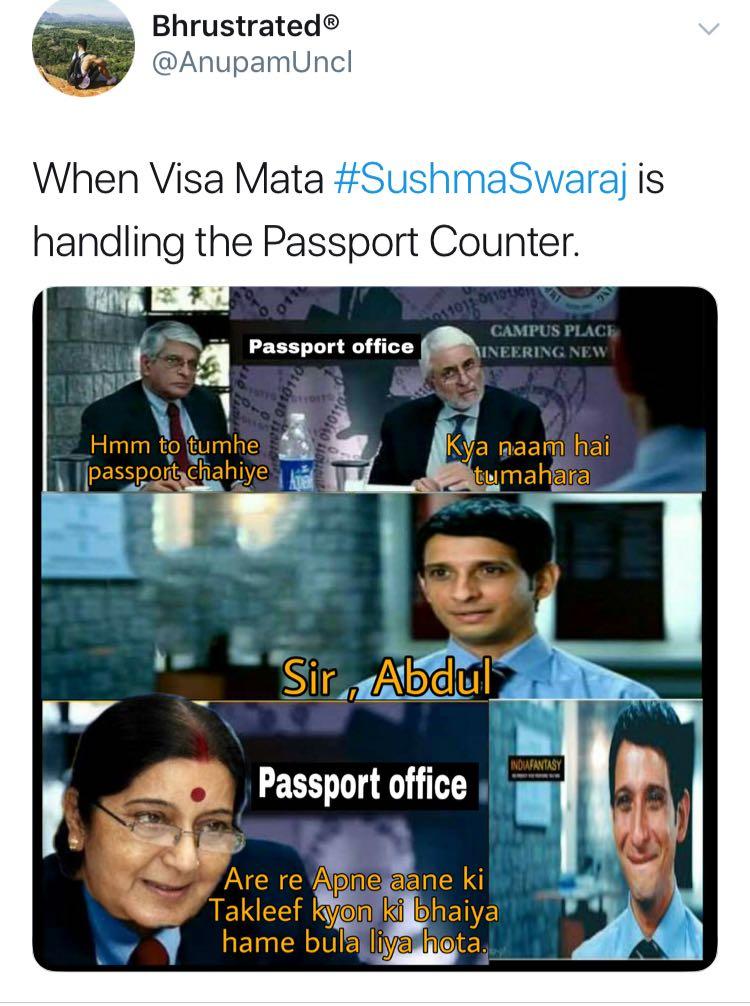 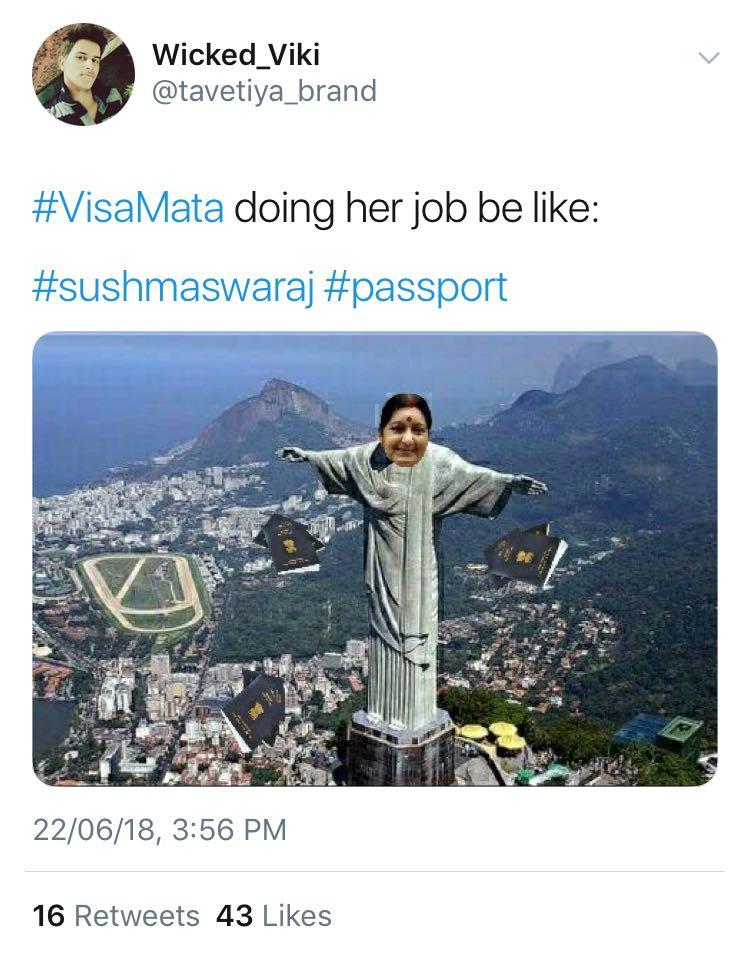 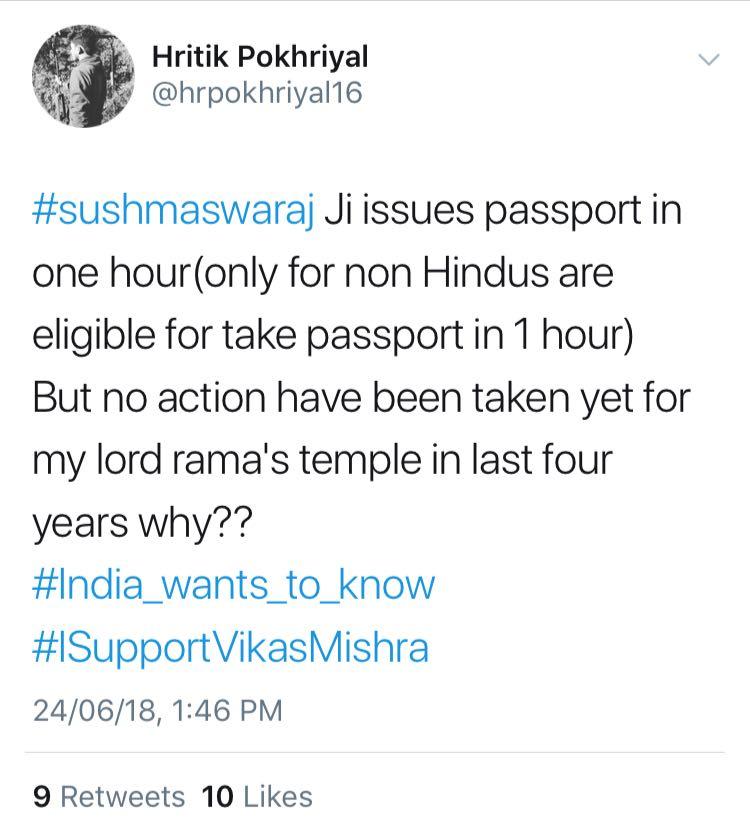 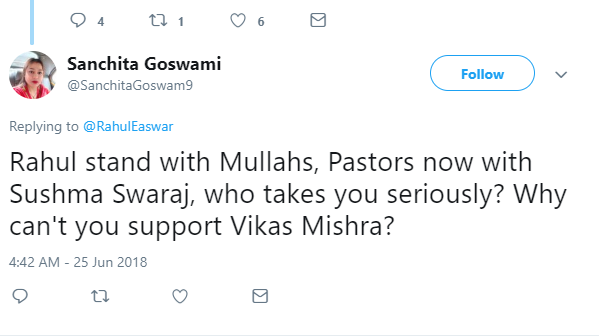 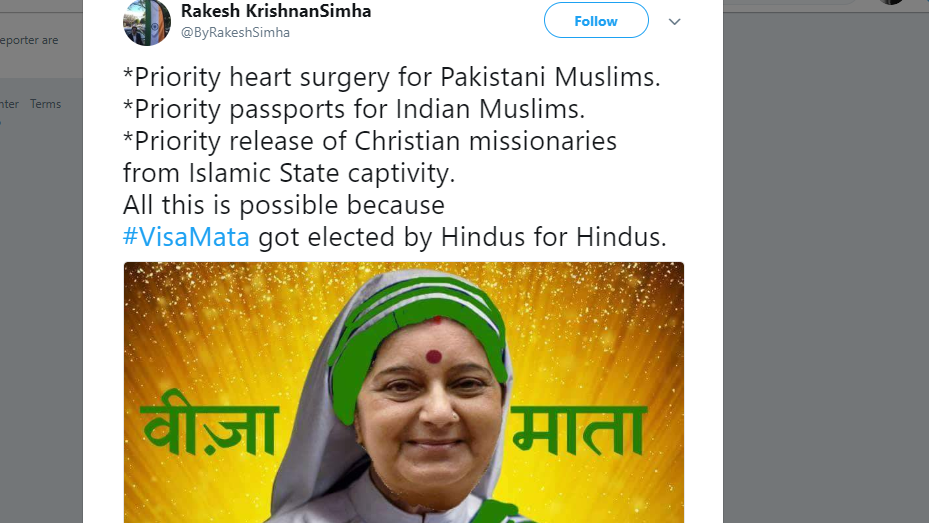 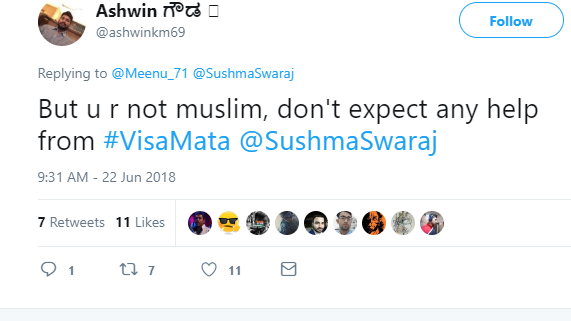 The BJP is silent on the matter and none of its ministers have spoken in support of Sushma Swaraj till now. However, Indian National Congress, tand other Opposition parties like the Aam Aadmi party have tweeted in her support. The Shiv Sena too has supported the Minister 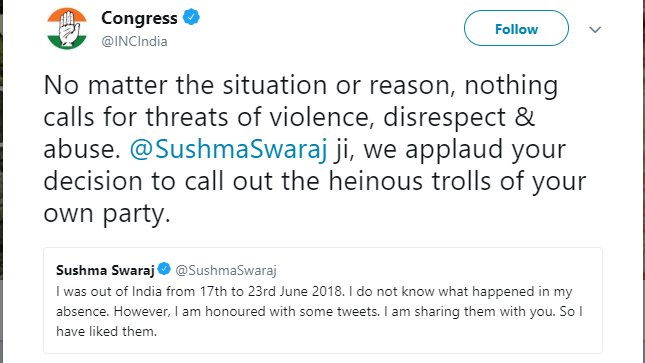 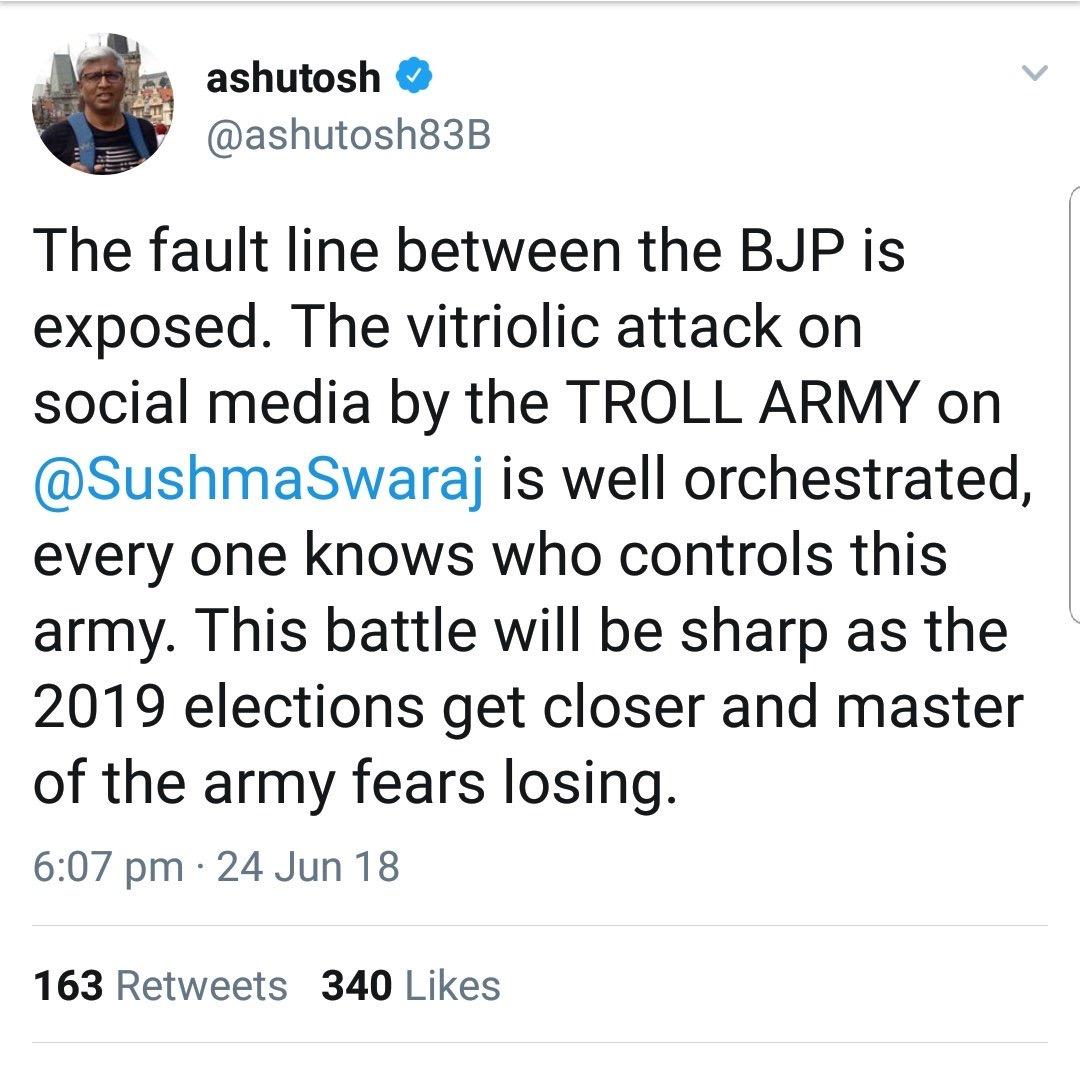 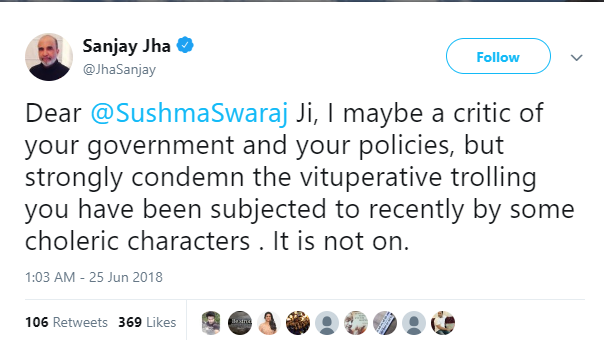 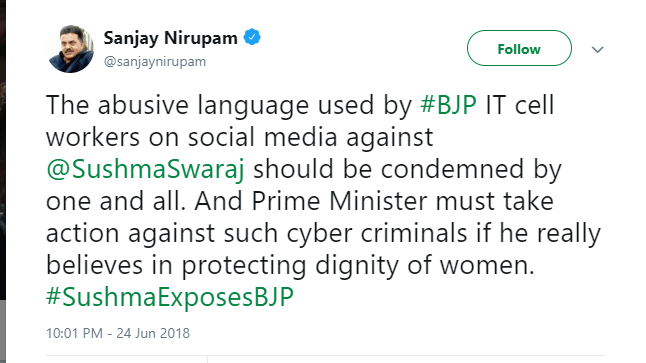 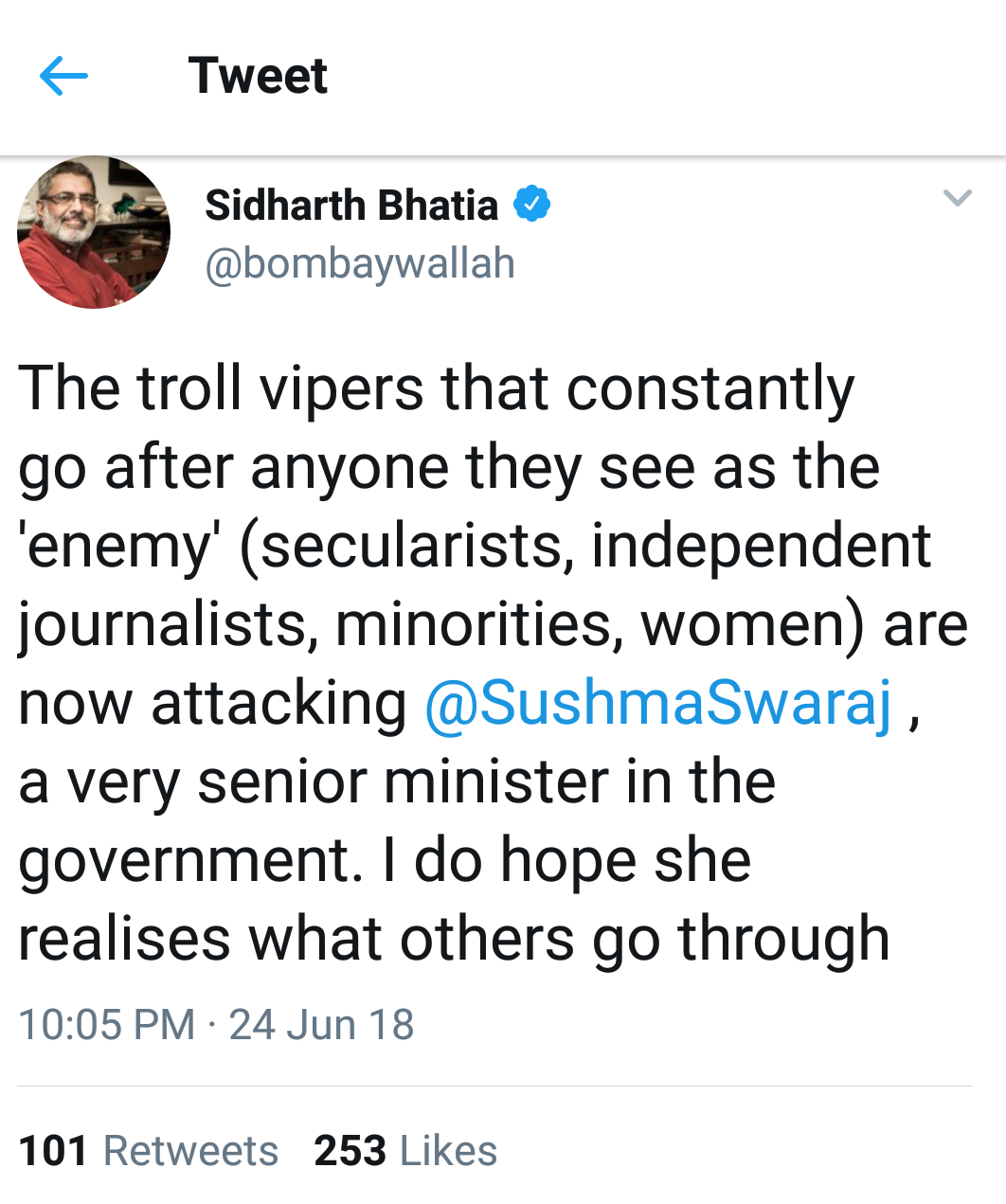 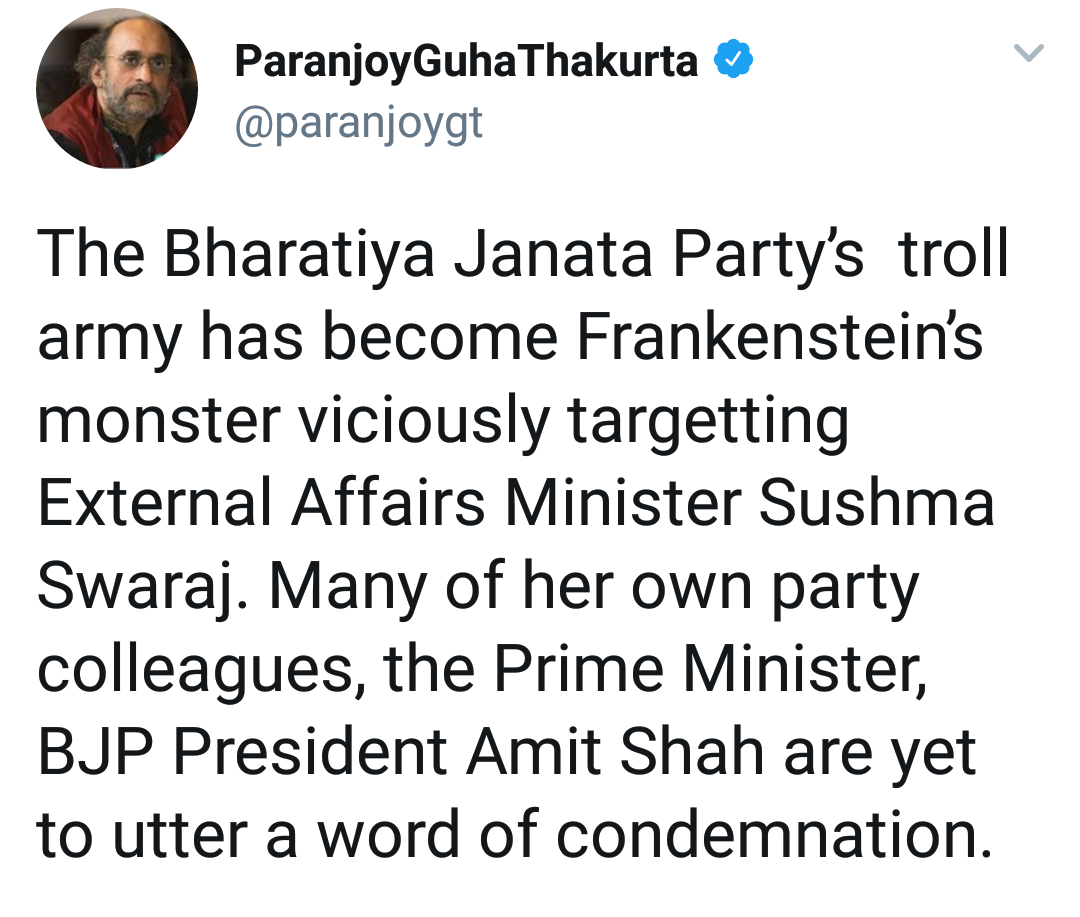 There are several important questions that this kind incident of online hate,trolls and abuses raises which are directly posing a very serious threat to the very secular and inclusive fundamentals of the Indian democracy. Secondly, the Internet trolls in the name of free speech spreads an environment of online hate, abuses,insults and gets away very easily. The troll army didn't spare a senior Minister of such a stature from these hate and abuses reflects a bigger picture of how many common men and women on a daily basis becomes target of such online hate which goes unheard. Also such bigoted and hate statements against the External Minister which are also inflicted towards a particular religious minority and community shows the rising intolerance, hatred and discriminatory behaviours of certain individuals in the country and the ruling party must break its silence and intervene in support of their own minister.