GUWAHATI: Thousands hit the roads in Guwahati on Friday against the Citizenship (Amendment) Bill, 2016. Representatives of more than 28 organizations which include indigenous people’s bodies and student organizations have joined All Assam Students’ Union (AASU), in the mass agitation programme to pressure the Assam government to oppose the Bill.

The agitation has received further impetus by the decision of Meghalaya and Mizoram governments to oppose the controversial Bill. The Bill was tabled in Parliament in 2016, and seeks to grant citizenship to religious minorities (non-Muslims) from neighbouring Afghanistan, Bangladesh and Pakistan.

AASU advisor Samujjal Bhattacharya threatened the state government of throwing it off the throne of power.

“It’s a people’s movement, and we will continue. But I would request the Centre and state government not to test the patience of the people. You (AGP and BJP) had promised to work for the interest of the indigenous people… people voted for you. But now, don’t betray. Or else you will have to face the same fate like Congress. You will be thrown off from the throne,”Bhattacharya said at the public protest. 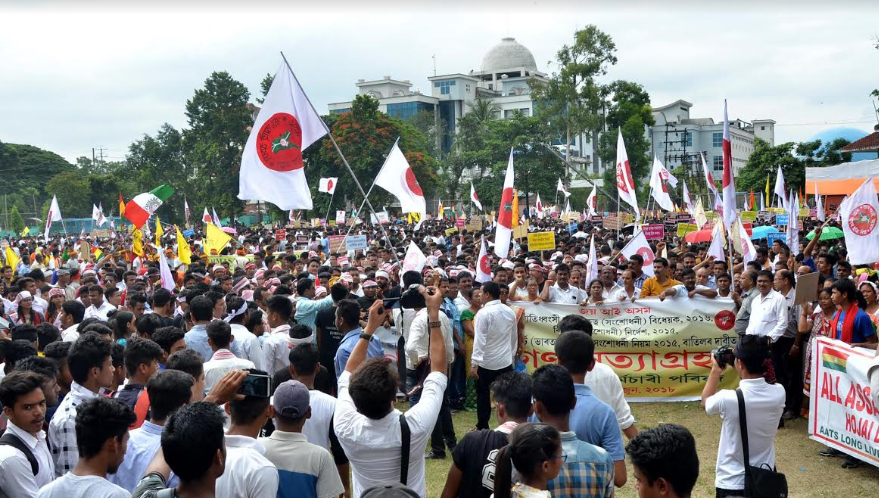 Congress-rulef Mizoram Assembly unanimously decided to oppose the Citizenship (Amendment) Bill, 2016. Home minister R Lalzirliana said the Bill is against the principle of secularism and it will be harmful for Mizoram.

Meghalaya under the National People's Party (NPP) that has an alliance with the BJP, has also decided to oppose the Bill in May this year.

Asom Gana Parishad (AGP), an ally of the BJP in Assam has been opposing the Bill and has threatened to quit the alliance if the BJP goes ahead with the Bill.

The AASU leadership has asked Sarbananda Sonowal led Assam government to follow the footsteps of the neighbouring states. “If states like Meghalaya and Mizoram can take firm stands for the sake of its people, why can’t our government take similar action?” Bhattacharya asked. 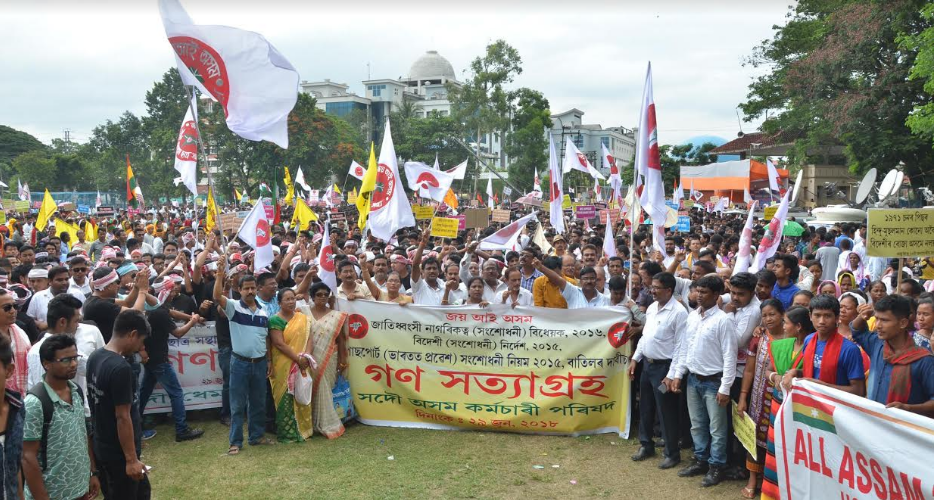 Assam chief minister Sonowal was part of the AASU and Assam agitation before joining BJP in 2003.

“Being an AASU leader himself, Sonowal should have stood for the cause of the people of the state rather than what BJP leadership instructs him to do. We condemn the behaviour of our chief minister,” said Rakesh, an AASU member from Dhemaji sporting a black T shirt in protest.

Most of the organizations and individuals in Brahmaputra valley in Assam support the cutoff date March 25 of 1971 to detect the illegal citizens as per the Assam Accord. Assam Accord was signed after a six-year bloody movement in 1985 to drive out illegal citizens from Assam.

Many in Barak Valley which is dominated by Bengali population, however, expressed their views in favour of the Bill.

Around 300 organizations in Guwahati had submitted petitions opposing the bill to the Joint Parliamentary Committee (JPC) which is reviewing the bill when they visited Assam last month.