A rescue and a new baby (Video and Photos)

NEW DELHI: Nearly 3 lakh persons are homeless, 200 have died, electricity is snapped, airports have been shut down, railway tracks are submerged, drinking water and food have been hit with Kerala in the grip of the worst floods in a century. And Prime Minister Narendra Modi, after a quick survey, sees it fit to release only Rs 100 crores for the ravaged state. And no move to declare this a National Calamity that automatically kicks in a process where the state resources are added to by the centre.

The stories of horror and terror of people who managed to escape the killing waters are filtering out of the state where internet connectivity too has snapped, and where mobile phones are not working in most of the affected areas. The Delhi media, obsessed with the funeral of late Prime Minister Atal Bihari Vajpayee has not given any space to the floods leading to wide protest on the social media. Appeals by Ministers and senior political leaders for help have largely gone unheard with a Kerala youth working in Delhi Jibin highly critical of the coverage and the people's response outside his state. “I had booked my tickets but the Cochin airport is submerged, my little children, wife and old parents are almost marooned, with no electricity and no mobile network. But no one here seems to be bothered, but I and many I know have not been able to sleep at night with worry.”

Even while writing this, news has come in of a CPI leader slipping into a canal and dying during rescue operations. TS Chandran was wading through water to buy relief material for a campa in Kuttanad when he slipped and lost his life in the swelling waters. Unconfirmed reports shared on the social media speak of more such deaths of rescue workers. Apart from those taken away by the waters.

Social media is flooded with appeals. From Chengannur where “three old grandparents are stuck here and there is no electricity and water or food...they are very old to help themselves.”

Chengannnur MLA Saji Cherian broke down on local television saying, “please ask Modi to give us helicopters, pls pls, 50 thousand people will die. We are demanding help since four days, airlifting is the only solution, please, please…”

The Kerala government is issuing appeals for donations to the Chief Minister's Distress Fund, more so as the centre has spurned its demand for a minimum of Rs 1200 crores for rescue and rehabilitation work. CM P.Vijayan, during a visit by Home Minister Rajnath Singh a few days ago, said that the state had incurred a loss of Rs 8316 crores. And sought a comprehensive package of Rs 1220 crores from the centre at the first instance. The response has been so far, of just the paltry assurance of Rs 100 crores.

Meanwhile a slightly happier story of a rescue of pregnant Sajitha Jabil by the Indian Army whose baby was born in safety at the Kochi Naval hospital:

The relieved mother and baby: 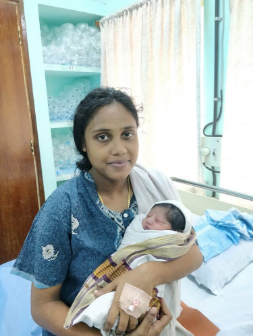 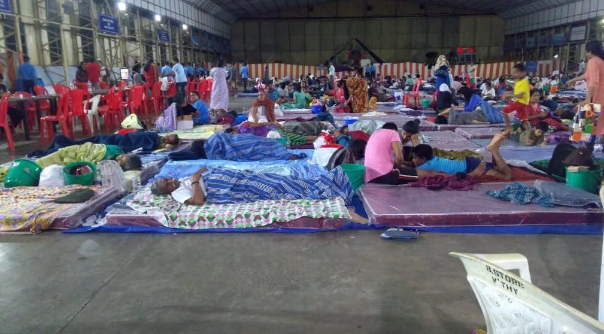 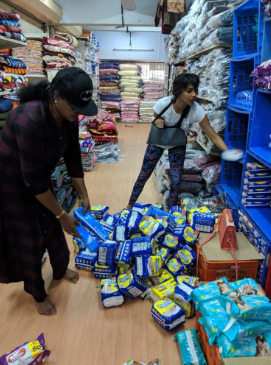