What Has Rahul Gandhi Got Right?

NEW DELHI: In an interesting twist many of the characteristics that made Congress President Rahul Gandhi a soft target for the BJP and the powerful media are now the very traits that are working to establish him as a leader of substance. He has not changed, and yet over 2018 in particular, derogatory adjectives that were used by journalists and mindless opposition to describe Rahul Gandhi have fallen by the wayside as he becomes not just the cynosure of all eyes, but also of creeping admiration.

The Assembly elections were difficult, and definitely not a cakewalk for the Congress party. Even while sections of the Congress party insist that it was a vote against the incumbent BJP governments in Chhattisgarh, Rajasthan and Madhya Pradesh, the story is far more complicated than that. The BJP was suffering from anti-incumbency of course, but then there were its star campaigners Prime Minister Narendra Modi, BJP President Amit Shah, Uttar Pradesh Chief Minister Yogi Adityanath in the field to divert attention from issues of governance to the temple and the corruption and dynasty ruling the Congress party. In what was a strong, all plugs out campaign.

In fact, PM Modi clearly realised from the very beginning that the BJP was in trouble and zeroed in on the Nehru-Gandhi family and corruption in a bid to entice the straying voters. His attack on the Congress family was strategic, and became more intense as the days progressed, with the Prime Minister often steering out of politically decent limits to attack the Congress first family. The second prong of this attack came from Adityanath who left no holds barred to turn the elections into a communal, divisive mandate. Anti incumbency was thus sought to be muted by a powerful, strong attack with the state and RSS machinery in full play at different levels in the three crucial states of the Hindi heartland.

The Congress party on the other hand, was bereft of funds and with a leader who was under attack from not just the Prime Minister of India but also the powerful media. There was nothing he could that was right insofar as the BJP was concerned, and little that he could manage to convince the media that he had more than a say in the strategy being followed by his party. Even where the corporate owned media gave the Congress an edge in the elections, it always insisted that this was because of state factors ---be it anti-incumbency or local leaders of the Congress.

After a close and detailed analysis of the elections results by The Citizen reporters (thecitizen.in for full coverage) it is clear that there was a great deal that Rahul Gandhi got right. And in the process was able to convert a fairly lethargic party in Madhya Pradesh and Chhattisgarh in particular, into a fighting fit machine. He did this by following his basic personality that allows more room for local leaders to take decisions, and encouraging the workers to stay united. This worked well in Chhattisgarh where the Congress came up from behind to its own surprise but also in Madhya Pradesh where ---while later in the coming--- Rahul Gandhi finally opted for Kamal Nath to lead the elections over and above the others.

In Rajasthan he also ensured that the factionalism that was threatening to break the party on the very eve of the elections was dealt with by bringing Ashok Gehlot back into the picture with Sachin Pilot. The joint press conference by the two enthused the workers, and ensured again a united campaign. In fact unity has remained the theme since---despite known differences---with Kamal Nath, Jyotiraditya Scindia and Digvijay Singh driving in one vehicle to meet the media after the party won Madhya Pradesh. Gehlot and Pilot too have kept the mask on, making it clear that they remain together and behind each other.

There are certain personality traits that might have made Rahul Gandhi the subject of ridicule at one time, but have over the years come to good use. It has established him as a foil to the harder and perhaps more dynamic personality of Prime Minister Narendra Modi that is noticeable, and is starting to be felt even by those who had seen his softer traits as weakness.

One his ability to listen. He listens at length to those who meet him and takes his time coming to a conclusion. The time gap insofar as decisions for the Congress are concerned has reduced dramatically with experience, and the fact that his is a considered decision----such as making Amarinder Singh CM of Punjab, or choosing Kamal Nath over Scindia---has started working well for the party. His silence used to be belittled by his own party leaders, but no longer so as a senior leader told The Citizen, “he listens to everyone and then decides what works.” Such as the decision to form the coalition government with the JD(S) in Karnataka despite pressure from the state Congress. Rahul Gandhi listened to all, took a decision based on the feedback, and then stuck to it despite pressure.

Two, his refusal to be confrontationist in style. He is hard in his speech, does not mince words, says it as it is and sticks to it ---such as the chowkidar chor hai jibe---if convinced it is right. But Rahul Gandhi’s style remains easy, smiling and often humorous. This used to be taken as ‘weakness’ but now the hard words and arguments are being appreciated along with the easy, non confrontationist demeanour. Also because his arguments are now sound, his speeches more political, with his knowledge and experience turning the initial diffidence into confidence. Even so his hug after an attacking speech in Parliament against the government and PM Modi attracted flak, but then there are many in the Congress party who felt that it succeeded in the mission of disconcerting the Prime Minister.

Three, his doggedness. Rahul Gandhi does not let go of issues that strike him as sound. For instance the Rafale deal that he has built a campaign on and regardless of the pressure and attack from the BJP, has kept at the issue with dogged persistence. This might or might not have drawn electoral dividends---many in the Congress feel it did not in these elections---but for the Congress President the issue is more about denting the Mr Honest image of PM Modi with a deal that the government is having difficulty explaining. The difference is that he now ensures the doggedness is substantiated with facts and arguments that work.

Four, he keeps saying it but it does seem to be true, his penchant for learning. Rahul Gandhi often describes himself in interactions as being a student, being in the learning process, and so far his movement forward in politics seems to indicate precisely that. He studies politics, speaks with tuition, and takes care and more interest in what he has to say. In his speeches abroad for instance, he remains focused on the very few issues his advisors and managers have zeroed in on, with his easy going demeanour being used cleverly to present the arguments. He likes meeting the press, has never really hesitated from doing so, but now as the confidence has grown so has his ability to take on the questions without visible hesitation.

In these elections Rahul Gandhi managed to unite the party as he said he would before the campaign started. “That is not an issue,” he told reporters with a smile. This time at his first briefing after the poll results were in he told the media that the transition would be smooth, and chief ministers would be in place without a fuss. This seems to be happening with the Congress leadership in charge. And that brings one to the fifth point of arrogance being replaced with accessibility. His doors are not shut, there are no more complaints that state leaders are finding it difficult to meet him, and his interactions with the media are frequent and not abrupt. Again a foil to PM Modi who barely meets his workers, and has never held a press conference in these four plus years in office.

As for Opposition unity in 2019 Rahul Gandhi is certain it will happen. And given his track record he does not speak without reason. 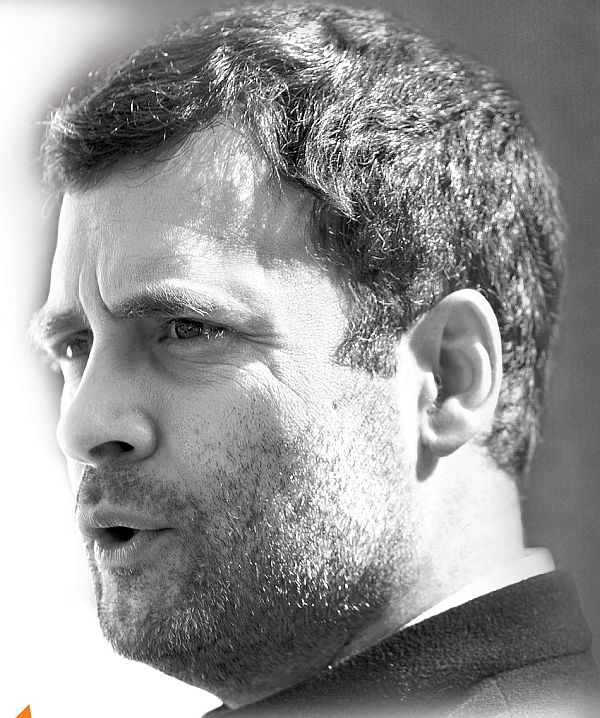