NEW DELHI: With the Congress all set to form the government in three key states -- Madhya Pradesh, Rajasthan and Chhattisgarh, a majority of the analysis of the assembly elections has focused on the implications of the result for the general elections next year. An evenly divided split has emerged, with part of the analysis centering on the Congress’ emergence as a fighting opposition, and part highlighting the context of anti-incumbency in all three states.

What’s lost in the macro narrative is analysis on what vote has shifted, and by how much.

In a bid to analyse the vote shift in favour of the Congress, The Citizen focused in on the Dalit vote. As the Congress wins back a part of the vote from the BJP, do Dalits constitute a part of this shift, and if yes, why?

In the figures below, #W= seats won, #R=seats retained. 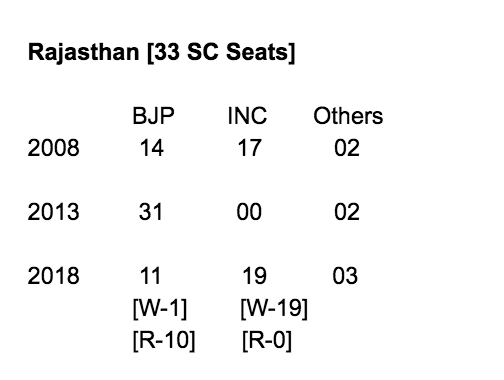 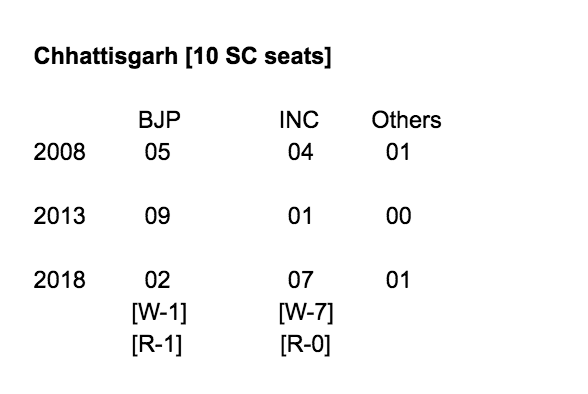 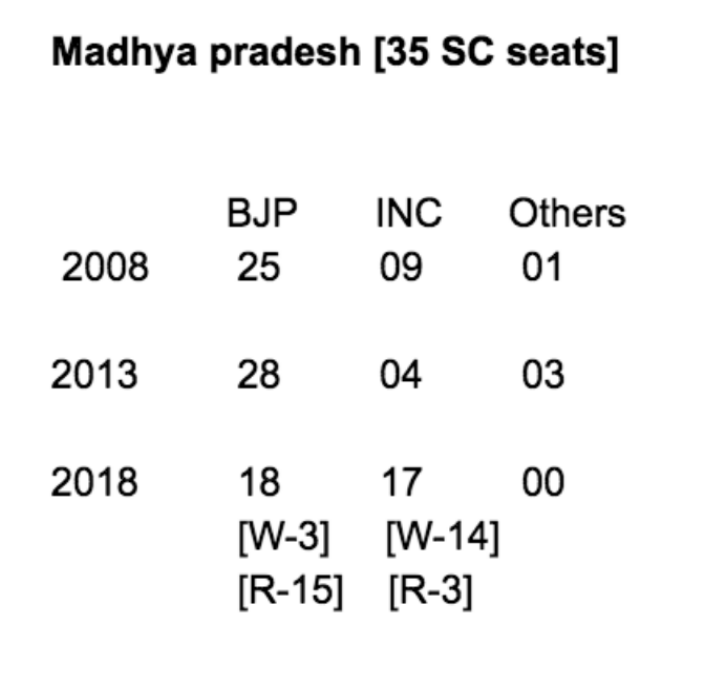 Dalits comprise 17.1 percent of the vote base in Rajasthan, 11.6 percent in Chhattisgarh, and 15.2 percent in Madhya Pradesh.

Analysts, however, warned that not too much should be read into the shift as it was in the nature of an anti-BJP rather than a pro-Congress vote.

“The shift of votes in favour of Congress shows that despite BJP’s long rule, there is no loss of competition in the areas, but the people should not read too much into this and in the larger context of the Lok Sabha elections, should not get complacent,” political analyst Anand Teltumbde told The Citizen. “The votes should not be seen as in favour of Congress or Rahul Gandhi, but as a way of people expressing their anger towards BJP, the fact that there are still a large number of BJP supporters couldn’t be denied.”

“SC,ST seats are not the natural vote bank of BJP yet the people trusted them by bringing them in power, the huge shift in votes from BJP to Congress shows that BJP has broken the trust of the people. They failed to bring about any social or economic changes at the structural level, relying on short term tactics as giving free cylinders,” senior journalist Anil Chamadia told The Citizen. “Meanwhile the instances of violence against Dalits and cases of mob lynching sprang up. The centre’s silence on the organisational repression of the people has caused much unrest among people.”

“Though the votes could be seen as anti-BJP rather than pro-Congress, it should be kept in mind that, when the crowd of voters shift they don’t stop until the end result is realized, in this case the 2019 Lok sabha elections,” Chamadia said.