NEW DELHI: As the 2019 Lok Sabha elections approach, the Congress seems to be hastening its steps to match the BJP in more areas than one. From revamping its social media presence completely, designing BJP type digital war rooms, tilting towards soft Hindutva in recent Assembly elections, the Congress is now setting up an organisation on the lines of the RSS Vivekananda International Foundation and Centre for Accountability and Governance that contributed considerably to the BJP’s massive electoral victory in 2014.

Samruddha Bharat Foundation, an organisation that claims to be independent and established with the active support of progressive individuals is an offshoot of the Congress party, according to sources. A Congress leader speaking on condition of anonymity said tat 2014 ad served as a lesson for the party, and te Congress was determined not to lag behind the BJP insofar as the make or break 2019 general elections are concerned.

“We learnt our lessons in 2014, we could not counter the propaganda against us as we were not updated with changing times. BJP started party IT cells, digital war rooms, used the Centre for Accountability and Governance and formed Vivekananda International Foundation to run their propaganda against us. We just didn’t know how to respond then. We have realise that all this is vital, and we are not going to stay behind in the electoral race,” sources told The Citizen.

The organisation, taking its cue from the BJP run think tanks, will strategise anti-BJP campaigns across India. And will work with diplomats, academics, and policy makers with a view to utilising their skills in government.

It might be recalled that the current National Security Advisor Ajit Doval, - Principal Secretary to the Prime Minister Nripendra Misra and Additional Principal Secretary PK Mishra were all picked from VIF that shot into prominence after the Modi led government came to power. Since then there has been a rush of retired diplomats and bureacurats and military officers in the hope of being handpicked by Prime Minister Narendra Modi for various positions. VIF located on prime land in Delhi's diplomatic enclave of Chanakyapuri claims to be independent o cpourse for the record but is a project of the Vivekanada Kendra, an organisation established by RSS idealoge Eknath Ranade.

“We want to make sure through this exercise that we stop RSS infiltration in government if we come back to power in 2019. Samruddha Bharat Foundation as an organisation will play a major part in this,” the Congress leadeer disclosed. While the agenda is being finalised the organisation intends to create different pro-people platforms to “revive” democracy. It will initiate debates around the Constitution of India and correct the distortions in history brought about by the current dispensation.

However, characteristic Congress secrecy surrounds this effort too with the Trustees contacted by The Citizen reluctant to speak about the aims and objectives of the organisation. The Trustees are also persons associated with the Congress, but of course sources said that they were just “individuals” of repute, and the organisation will be independent in its functioning. 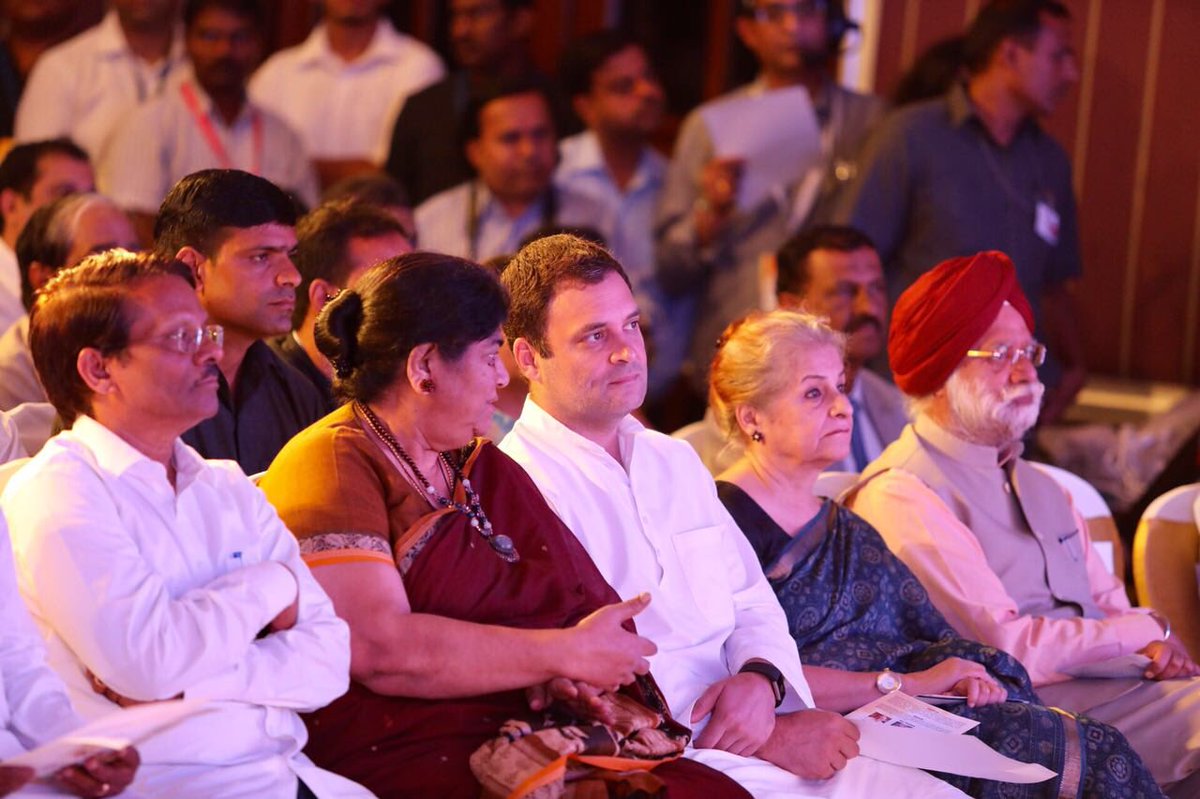 Gurdeep Sappal who worked as an aide to Suresh Pachauri who was a Minister in the Congress led UPA government;

Syeda Hameed who was a Member of the Planning Commission under the UPA government;

KTS Tulsi, a senior advocate and also closely associated with the Congress party;

Mridula Mukherjee, historian appointed director of the Nehru Memorial and Library during UPA 1.

Samruddha Bharat Foundation was inaugurated in Bengaluru in the presence of Congress President Rahul Gandhi last year on May 8,2018, just before the Assembly elections in Karnataka. It has been given some shape since and was partially active during the Rajasthan elections holding Jan Manches across the state addressed by activists and intellectuals including Aruna Roy. However it has barely registered its presence, despite being in existence for over eight months. It has a Facebook and Twitter account with barely any followers. And the record shows some activity in early December 2018 and little after.