Opposition Rallies Around Mamata Banerjee in Major Showdown with Centre

NEW DELHI/KOLKATA: The Opposition, except for the Left, has rallied around West Bengal Chief Minister and Trinamool Congress leader Mamata Banerjee in her direct confrontation against the Centre. Apart from messages, phone calls, and an outpouring of sympathy for the beleaguered leader currently sitting on dharna in Kolkata, leaders have now started taking the flights to join her. Delhi Chief Minister Arvind Kejriwal and Rashtriya Janata Dal leader Tejashwi Yadav are amongst the first to announce their decision to join Banerjee at her “Save the Constitution” dharna.

In what is now a full blown showdown between the West Bengal government and the Centre that has moved rapidly after Mamata Banerjee hosted a mega-Opposition rally against the BJP on her home turn, the Central Bureau of Investigation rushed a team to arrest Kolkata Police Commissioner Rajeev Kumar. The team was denied entry to his office and reportedly detained by the state police. Trinamool Congress leader Derek O Brien confirmed that 40 CBI officers turned up at Rajeev Kumar’s Park Street residence but were bundled into a car and kept at the police station for a few hours.

Banerjee almost immediately sat on dharna against what she described as an attempted “coup” by Prime Minister Narendra Modi. Trinamool Congress workers were out on the streets in protest, along with a quick ‘rail roko’ in Rishra and Asansol. In unmitigated support of the police chief Mamata Banerjee tweeted, “The Kolkata Police Commissioner is among the best in the world. His integrity, bravery and honesty are unquestioned.”

A fuming BJP got together a high level delegation including Union Minister Nirmala Sitharaman and Mukhtar Abbas Naqvi, MP Bhupender Yadav, and BJP leader S.S.Ahluwalia and Anil Baluni to meet the Election Commission over the midnight drama in West Bengal.

Opposition leaders who have also been targeted by the central investigative agencies are all expected to join Banerjee now. Aam Aadmi Party, RJD, Samajwadi Party, National Conference are all recent victims of CBI raids and what they describe as “specific targeting by the centre.” The BJP has attacked Banerjee for shielding and protecting corruption.

The CBI wants to question the Kolkata police chief over missing documents reportedly linked to an investigation into two Ponzi schemes. He had headed a Special Investigation Team looking into the Saradha and Rose Valley chit fund scams of 2013. Trinamool Congress leaders have been jailed in the Ponzi schemes.

Banerjee has claimed that the Centre was moving to place West Bengal under President Rule. This in fact has been confirmed by a BJP MP Babul Supriyo in a tweet where he demanded that Presidents Rule be imposed and reiterated the BJP argument that the Chief Minister had created a “constitutional crisis to shield her corrupt and tained accomplices.”

Significantly, Banerjee has directly attacked the National Security Advisor Ajit Doval as well for the action, claiming the CBI move to doorstep the police chief as a “total constitutional breakdown.” The West Bengal chief minister said, “how dare you come to a police commissioner’s home without a warrant? Mr Ajit Doval is doing whatever the PM wants him to do, he is the one giving all the instructions to CBI.”

This is a first of its kind as till date most Opposition leaders had desisted from directly naming and attacking Doval. As a senior Congress leader said in confidence, this could be a major shift in the Opposition stance with the CBI that has lost a great deal of credibility over the controversy surrounding former Director Alok Verma. Subsequently, after he resigned PM Modi played a major role in the selection of the new CBI chief with the Leader of the Opposition Mallikarjun Kharge registering strong dissent.

In the run up to the Lok Sabha elections and the “use” of the CBI by the ruling dispensation against Opposition leaders, Mamata Banerjee’s strong opposition on “behalf of federalism” has rallied all the regional parties and the Congress party as well around her on this issue. The larger points being made by her are political namely:

2. CBI is being used as a political instrument by the centre;

3. Federalism and the Constitution is under attack, with the centre usurping the right to send teams to top officials of the state without even bothering to ask permission.

Hard politics will now be playing out on the ground, with Banerjee appealing directly to West Bengal’s pride. 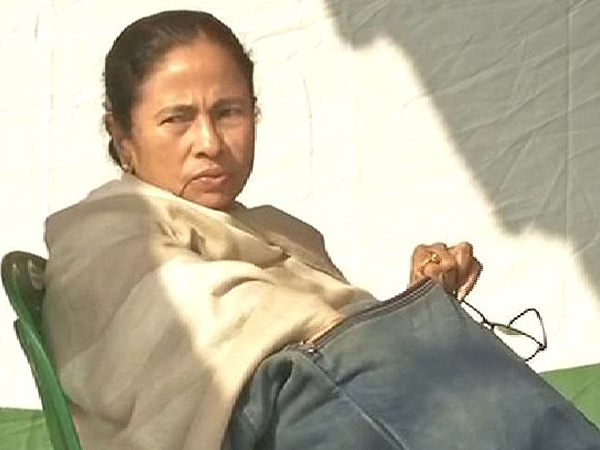