Khalsa Aid comes to the rescue

CHANDIGARH: People in Punjab have come forward to help the Kashmiri students being hounded by the right wing Hindutva organizations in the neighbouring states of Uttarakhand and Haryana in the wake of the Pulwama attack that killed more than 40 Central Reserve Police Force (CRPF) personnel.

They have not only come out offering boarding and lodging to the distressed students but have been co-ordinating with the administration for the safe passage of these students to their homes in Jammu and Kashmir, while sponsoring their transport.

The general sentiment in Punjab is against the passions being whipped up by the right wing targeting Kashmiris. The growing belief is that all this is being done keeping in mind the forthcoming Lok Sabha polls and divert attention from the real issues. 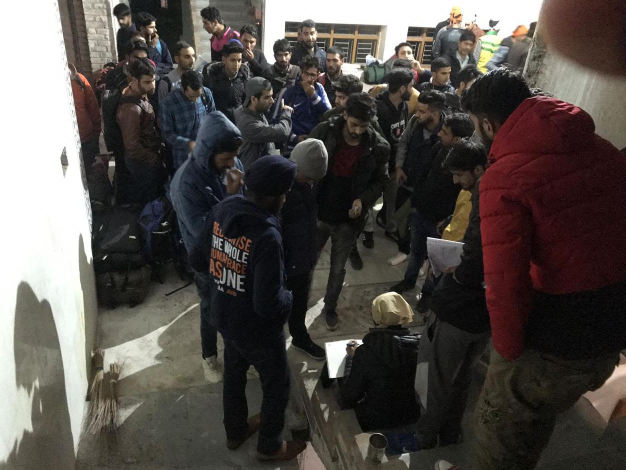 Social organization Khalsa Aid and others have joined hands with bodies like Jammu Kashmir Students Organization (JKSO) to help these distressed students. Khalsa Aid has been making headlines across the globe for helping those in need whether it is in Syria, Bangladesh and other countries.

Till Tuesday, they had managed to send more than 700 children safely to Jammu from where the local administration has taken over the travel and other arrangements till they reach their respective districts and villages. Majority of these students are from Dehradun , a city known for its educational institutions that has emerged as the pivot of the current display of bigotry by the mobs or pedalling the tutored brand of patriotism and nationalism.

JKSO spokesperson Nasir Khuehani told this reporter from Srinagar, “When the attacks started on the students there was a lot of anxiety among the parents who somehow wanted their wards to be home to safety. It was at that point that we started making plans to help those in distress and Khalsa Aid joined hands with us. Khalsa Aid has arranged the transportation of children from Dehradun by buses and taxis to Mohali and Landran near Chandigarh where the students have been staying at Gurudwaras. From there also Khalsa Aid has arranged the transport to Jammu and the Punjab administration has come forward to provide safe passage. Our local leaders Salman Nizami and Mohammed Yousuf Tarigami have also come forward to help these children.” 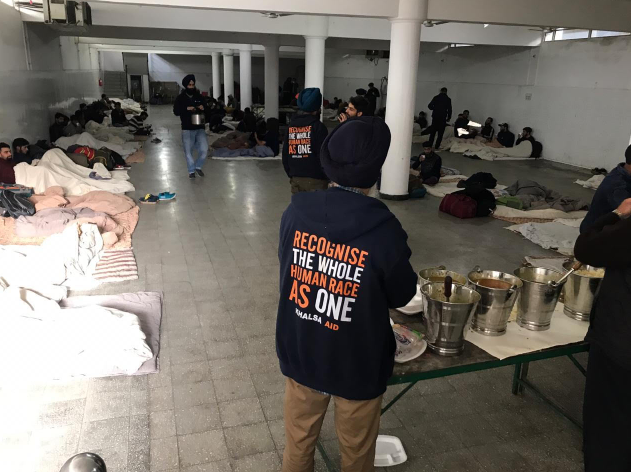 An eyewitness who visited the Gurudwaras at Sohana and Phase 3B2 in Mohali said, “It was a sight to see Khalsa Aid volunteers, both girls and boys from all across Punjab, helping the Kashmiri students, majority of whom are Muslims. They were moving around in blue jackets with the message ‘Consider all human race one’ while arranging everything meticulously. When the overwhelmed Kashmiris tried to thank them and those serving langar they were told to do good to others at some other time in life.”

Khwaja Itrat of JKSO who has been engaged in co-ordinating help in Landran and Mohali said, “When the scared students started arriving we initially sought help of Kashmiris and some others who are living here on rent. They gladly vacated two rooms in their three bedroom flats and provided whatever they could. Then the locals came forward offering boarding and lodging arrangements in the Gurudwaras. With Khalsa Aid sponsoring transportation, we approached the local administration that has promised to provide police cover to the convoys leaving for Jammu. The students now have their confidence instilled back in them.”

“Our main concern is that these students should reach home safely to their families,” said Khalsa Aid volunteer Gurpreet Singh. 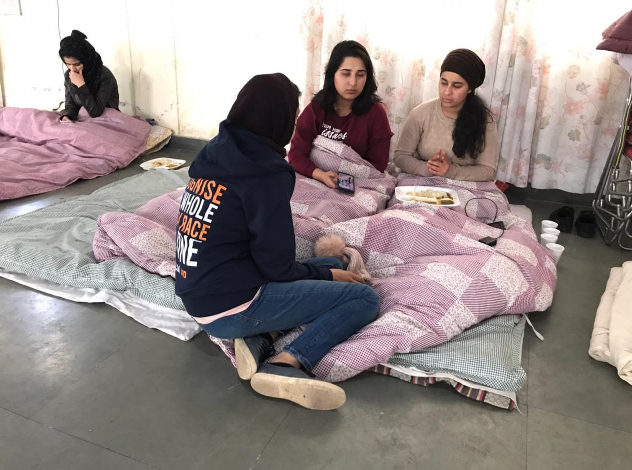 Amarinder Singh, a former Shiromani Gurudwara Prabandhak Committee (SGPC) member from Chandigarh who has been involved in the effort had an interesting tale to tell, “I came across a very scared post graduate science student who had arrived from Dehradun who could not get over the attack on Kashmiris there. He said that he could not even collect his books that might have helped him prepare for his forthcoming exams. I told him that I would accompany him to his college and together we would bring his books. That was the time he smiled and felt relieved. We are still being approached by students from an institute in Yamunanagar where the college authorities are not allowing them to leave on their own unless their parents or family members come to take them. But the pressure coming from right wing is making the students very scared. It is a precarious situation as the parents cannot come to take them. We are trying to find some way to bring the children here.”

Sources in Dehradun say that the situation in the town continues to be grim as right wing organizations are continuing with their daily marches and rallies outside the numerous educational institutions spewing venom at the vulnerable Kashmiri students.

The right wing mobs are armed with sticks and rods. “The state government has done nothing to check the frenzy being whipped up by the local Hindi dailies which is adding fuel to the fire. It is a blot on the city that is known as an important education hum in India. With many of the institutions located on the periphery, the people in the heart of the city are not aware of the extent to which the situation has deteriorated. A couple of institutions have reportedly agreed not to enroll Kashmiri students from the next session while another has sacked its Dean to pacify the Hindu right wing,” disclosed a senior political observer from Dehradun.

Despite his high pitch rhetoric against Pakistan after the Pulwama attack where he has called for a tit for tat response, Punjab Chief Minister Captain Amarinder Singh has Made it clear that the Kashmiri students are very much a part of India and Punjab would ensure their full protection.

A woman who witnessed the relief effort at Sohana Gurudwara told this reporter, “These children reminded me of my own son abroad. I could imagine what would be my plight if my child was hounded the way these children are being hounded in their own country.”