This Missing Voter App Can Find You!

Thanks to 38 year-old software wizkid Khalid Saifullah, millions of voters can make sure that they are able to participate in the 2019 parliamentary elections.

It is now possible to download the Missing Voter App free of cost to find out if a voter’s name is on the electorate list, or not. The link to the App is just a missed call away at 8099683.

Saifullah, founder of the Missing Voter App and CEO of the Hyderabad based RayLabs told The Citizen that according to a study undertaken by him earlier he found that 15 percent of all voters and 25 percent Muslims are not present on the electoral list. Therefore approximately 12.7 crores of all voters and three crore Muslims cannot vote in the May 2019 Lok Sabha elections.

As a solution, Saifullah has launched a free mobile App called Missing Voters. This App has the details of all the street names of constituencies, the number of households on each street, and the number of voters in each household. The App can be used to identify missing voters, do a household survey and apply for a new voter id online. It is possible to download the Missing Voters App from the Google play store or after giving a missed call on 8099 683 683.

Saifullah says he first noticed that lakhs of Muslim names were missing from the voter’s list depriving them of their right to vote in the last parliamentary elections held in 2014. He studied the state of Gujarat where lakhs of Muslims were reportedly unable to vote as their name was not on the electoral list. 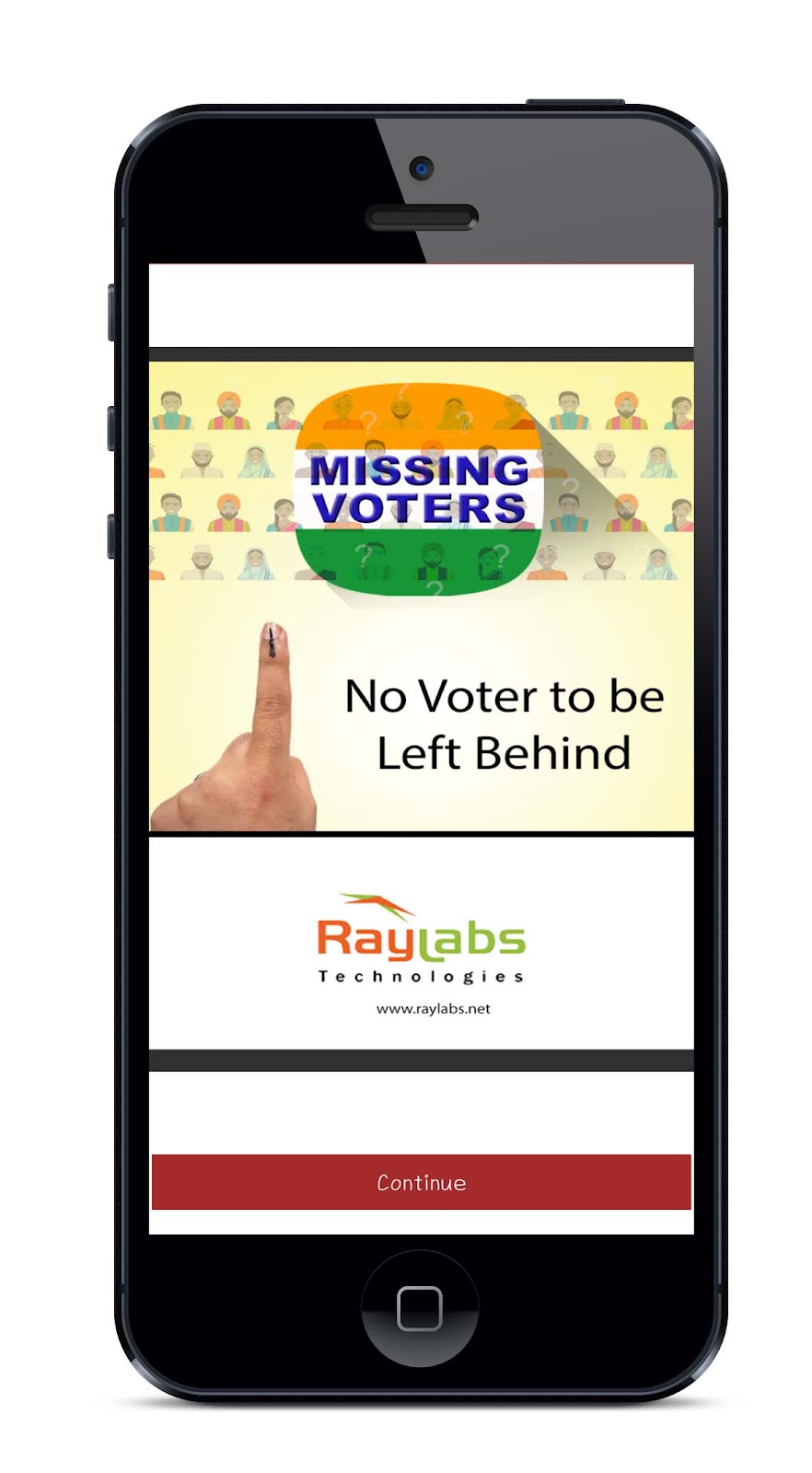 The appalling state of affairs inspired Saifullah to launch the Mobile App to make certain that every voter is allowed to participate in the electoral process this time. Since its launch, 8000 volunteers have registered to help lakhs of people to get enrolled. Saifullah requests citizens to install the App and to help neighbours and friends to get a legitimate voter id.

This is the ‘Mission 2019’ of Saifullah who pleads that just 20 minutes of a volunteer’s time can decide the next Prime Minister of India. In 20 minutes one volunteer can help other unregistered voters to register by going online and filling in just three columns and forwarding the information to RayLabs where the rest of the formalities is completed and taken up with the concerned authorities.

Saifullah is disturbed that crores of Muslim and Dalit voters are disqualified from exerting their democratic right to vote. His mission is to help all those unregistered voters to get registered so that they can participate in the coming elections. For it is not enough to have a voter’s card but most importantly to make sure that the name of the voter is on the correct electoral list.

“India is the world’s largest democracy. Going to the polls is one of the country’s most colourful exercise. Two thirds of the country’s 1.3 billion population participates in voting. However my study reveals that 15 percent of all adults are unable to exercise their democratic right to vote,” adds Saifullah who is using technology to make sure that voters are able to vote..

He suspects that a steady effort may be at play to disenfranchise minorities and to exclude them from the political process. He maintains that he has empirical evidence to show that a substantially large number of citizens are unable to vote because their name is not on the appropriate voter list and this malaise is spread throughout the country from Gujarat to Uttar Pradesh.

The exclusion of the Muslim electorate from voter lists is widespread and it is a challenge for the citizens of the country to save democracy by making sure that no voter is deprived from casting votes during election time.

Saifullah’s Mission 2019 is launched in the hope of ensuring that all adult citizens who want to vote find their name listed in the respective booth, especially in states with large Muslim populations like Uttar Pradesh, Bihar, Gujarat, Telangana, Andhra Pradesh, West Bengal and Assam.