Brahmin Anger Grows Within BJP In UP, Pressure on Joshi to Contest Against Modi

LUCKNOW: The anger of Brahmins against the Bhartiya Janata Party (BJP) in Uttar Pradesh is growing after denial of tickets to senior leaders of the community.

Upset over this, Brahmin leaders in the BJP have now decided to request Dr Murli Manohar Joshi to contest against Prime Minister Narendra Modi as an independent candidate from Varanasi.

“We are urging Dr Joshi to accept our request. His presence in the electoral fray will send strong messages across the state and change the BJP’s game plan,” said a senior party functionary on condition of anonymity

Senior party leader and outgoing MP from Banda, Bhairon Prasad Misra, sat on dharna outside the party office in Delhi after he was denied ticket and a turncoat from Samajwadi Party , R K Singh Patel, was named as BJP candidate.

His supporters in Banda are getting increasingly restive. “The party leadership has clearly decided to deny tickets to Brahmin and humiliate the community. We will not take this lying down,” said Hari Krishna Misra, a supporter of the BJP MP.

The growing Brahmin angst in the BJP has undoubtedly brought cheer in the Congress ranks since the party sees this as an opportunity to bring back Brahmin voters that once formed a part of the Congress vote base.

“The BJP is completely dominated by OBCs and upper castes seem to have no room for survival in the party,” said a Congress leader.

The Congress, according to sources, has decided to promote its Brahmin leaders.

Former MP Pramod Tiwari, who is said to have declined to contest the general elections, has been asked to campaign on maximum seats for Congress candidates.

His daughter Aradhana Misra has been entrusted the responsibility of the media campaign in the state.

A senior political analyst R B Misra said that there was no doubt that the BJP’s OBC overdrive could cost it is upper caste base.

“Brahmins have been solidly with the BJP since the temple movement in the nineties and the party is now going all out to win over OBCs and this is bound to upset the Brahmins. The BJP should strike a balance between upper castes and other castes or it could face major losses in elections,” he said. 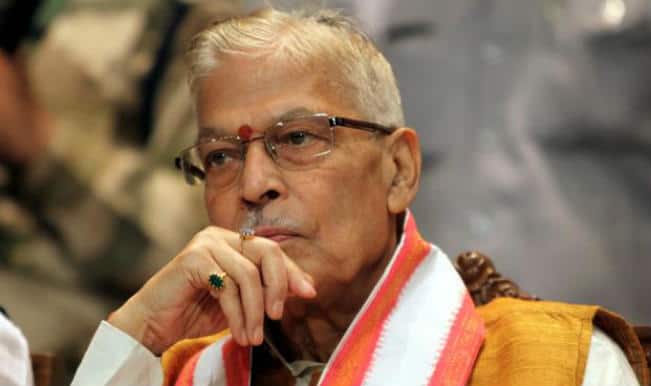