Surge in Military Operations in Kashmir

We Have Killed 89 Militants But More Keep Joining, Admits Army in Kashmir

SRINAGAR: Security forces have intensified counter-insurgency operations with the conclusion of Lok Sabha polls in Jammu and Kashmir. More than 14 militants have been killed since May 10, almost double the number gunned down in the previous fortnight when the elections were underway in the Valley.

In the latest firefight in south Kashmir’s Kulgam district, two Hizbul Mujahideen militants, one of whom had joined militancy just last month, were gunned down in wee hours today, “A combing operation is underway in the area,” a senior police officer said.

Since the Lok Sabha elections ended in Kashmir, sources said security forces were engaged in at least dozen counterinsurgency operations, mostly in the restive south Kashmir districts. Of these operations, seven were successful, resulting in the killing of 14 militants. 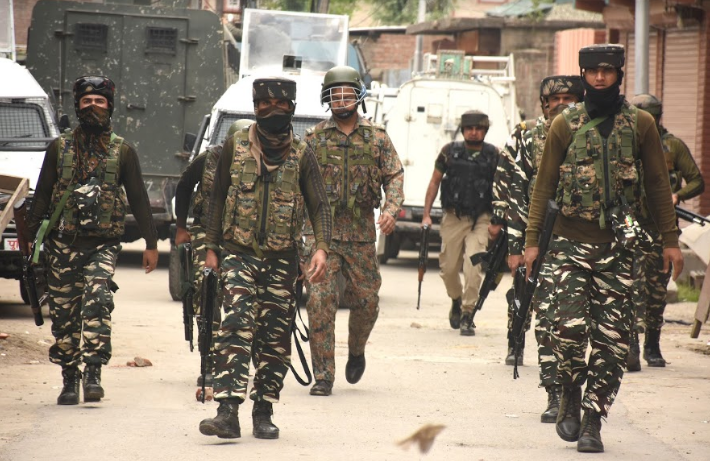 However, between the time when the Lok Sabha elections started on April 11 and ended on May 5 in Kashmir, there were barely five encounters in which eight militants, mostly from Jaish-e-Mohammad and Hizbul Mujahideen, were killed by security forces.

Police, however, denies that the operations have been upped after the conclusion of the LS Polls.

“Counter-insurgency operations are carried out on the basis of intelligence inputs. Whenever there is strong input about militants, immediate action is taken. Elections play no role in this process,” Chief of Police in Kashmir, S P Pani said.

The surge in anti-militancy operations coincides with the ongoing holy month of Ramazan which began on May 7. People Democratic Party chief Mehbooba Mufti had appealed the centre to announce ceasefire during this month but no to avail.

While operations against militants have gone up, a steady trickle of Kashmiri youngsters continue to join militancy. According to Lt Gen Ranbir Singh, at least 40 youth have joined various militant outfits this year. Unofficial figure may be much higher.

“We have eliminated over 86 militants this year but the issue of Kashmiri boys joining militant groups remains a matter of concern,” Lt Gen Singh said in a press conference in Udhampur on Monday.