LONDON: The Greek referendum has ended in the favour of the “No” vote, with over 60 percent of Greeks rejecting the terms of an international bailout. Greece's governing Syriza party had campaigned for a "No", saying that the vote would give the country more leverage on the bargaining table. The proponents of the “Yes” vote have instead focused on the premise that a rejection of the bailout terms could see Greece ejected from the eurozone.

"Today we celebrate the victory of democracy, but tomorrow all together we continue and complete a national effort for exiting this crisis," Greek Prime Minister Alexis Tsipras said in a televised address. 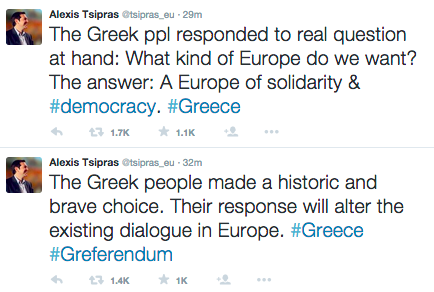 For an insight into the Greek vote, read this and this. In short, the “no” vote is against the terms tied to a loan that Greece will use to pay back an existing IMF loan of $1.8bn. Greece, for the record, defaulted on this loan as creditors refused to extend the June 2 deadline, and Greece’s government pushed through with a referendum.

The current crisis stems from the fact that Greece’s creditors were insisting on further austerity measures -- including the further reduction of pensions -- in order to release the funds Greece needs to repay the loan that is due to the IMF. The Greek government took the stance that the terms were not acceptable, and -- to the chagrin of the creditors -- put the matter to a historical vote.

The “no” vote is indication that the Greeks have had enough. The mood is reflected in these photographs of supporters of the “no” camp celebrating. 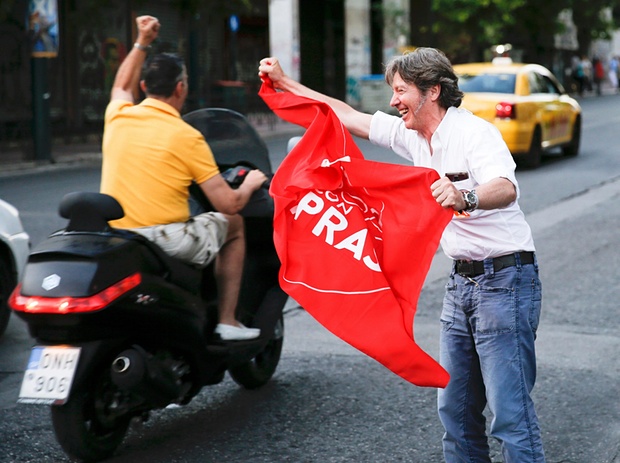 (An anti-austerity no voter waves a flag with the name of prime minister Tsipras as he celebrates the first exit polls in Athens. Photograph: Marko Djurica/Reuters). 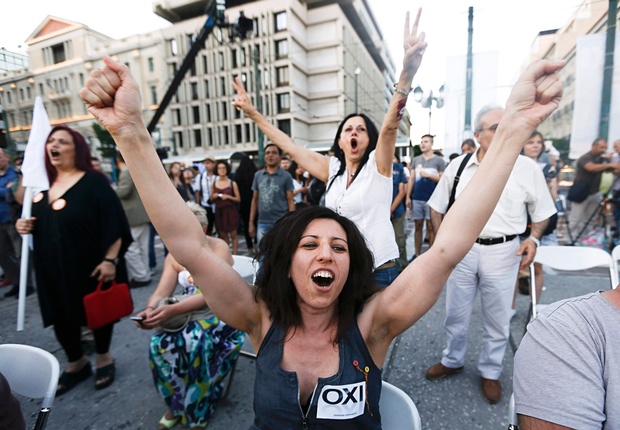 (An anti-austerity no voter celebrates in Athens. Photograph: Yannis Behrakis/Reuters). 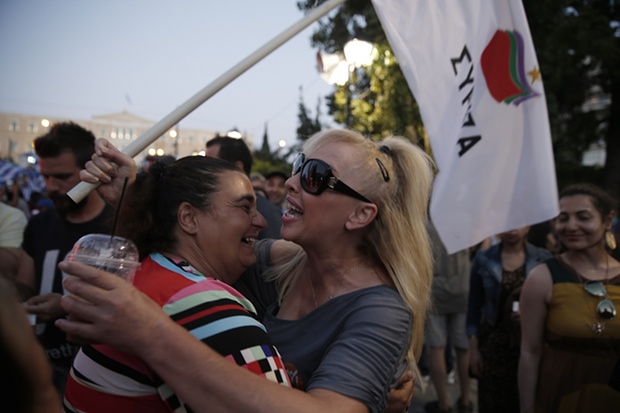 (Supporters of the no vote react after the first results of the referendum emerge at Syntagma square in Athens. Photograph: Petros Giannakouris/AP).

Twitter too was abuzz with the news. Here are the first reactions: 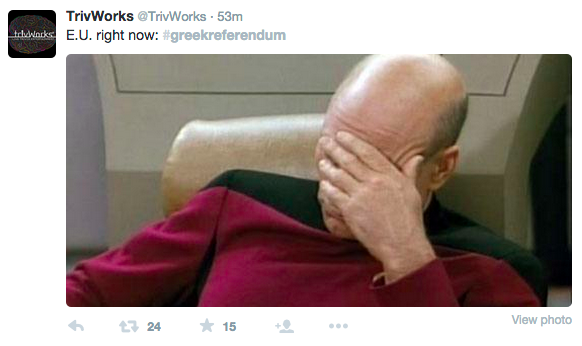