'They Tried to Bury Us, They Didn't Know We Were Seeds': Sanjiv Bhatt

NEW DELHI: Gujarat cadre IPS officer Sanjiv Bhatt, a critic of current Indian Prime Minister and former Gujarat chief minister Narendra Modi, has been sacked amidst an outpouring of support for him across the country. He himself has been defiant on the social media, making it clear through poems and posts that he is not one to be cowed down.

A range of reasons for dismissing him has been offered by the government, the most glaring of which was the allegation that he had an extra-marital affair. An allegation that Bhatt has of course, challenged but refused to dignify with a vocal response. As he said, “ I don't know the specific charges and allegations but to me those were petty issues like “unauthorised absence from the service, misuse of official vehicles and other facilities etc.” These issues cropped up after I first appeared before the Special Investigation Team (SIT) that was probing the cases of the 2002 riots. When I brought out their complicity in the ghastly riots, they launched a mission to malign my reputation and discredit my service record.” (as quoted in The Hindu).

UP cadre IPS officer Amitabh Thakur -- who was suspended recently after taking on former UP Chief Minister Mulayam Singh Yadav -- says that the dismissal is unjust. "All that Rule 20 (applicable to conduct of officers like Bhatt) prohibits is public drinking, heavy use of drugs, being intoxicated in public...what a person does as regards having physical relationship with another is definitely his personal affair," Thakur has written in a statement to the Gujarat home secretary.

Bhatt, for the record, denies the affair, and claims that a man visible in a video attributed to him is an impersonator. However, Bhatt hasn’t as yet challenged his dismissal arguing the futility of remaining in service where he’s unwanted.

Given the circumstances, and what seems like recent targeting of critics of the government including activist Teesta Setalvad, there has been an outpour of support for Bhatt. The hashtags #BraveCop and #SoldierOfTruth are being used on Twitter. 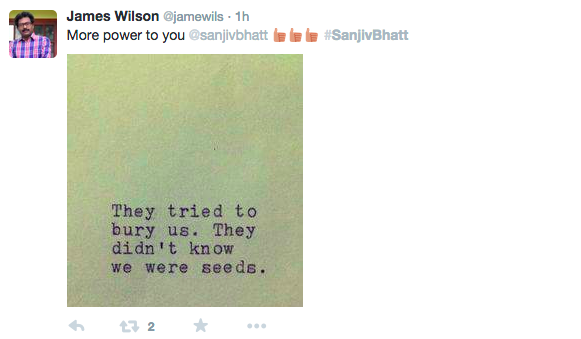 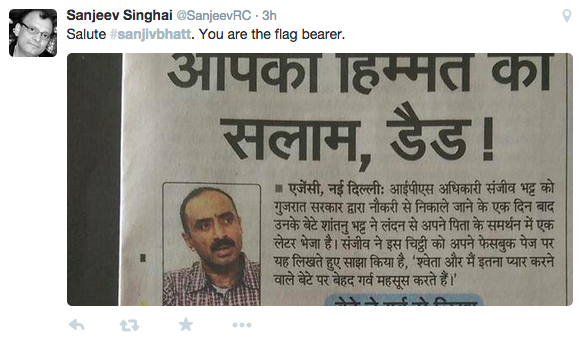 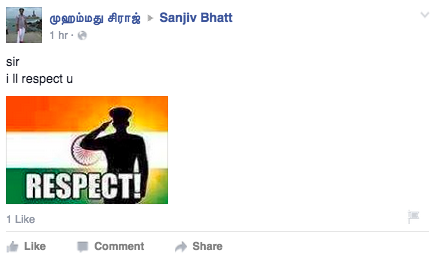 In the end, Bhatt perfectly sums it up with this Tweet.