Voices and Faces of Bihar: The Voters Speak Part(1)

Photograph by The Citizen

PATNA: The Citizen team travelled from Patna through Vaishali, Samastipur, Kalyanpur, Muzaffarpur, Jehanabad and Gaya. The team spoke to hundreds of people about the upcoming Bihar polls. In the days and hundreds of kilometres travelled, a pattern emerged: of ‘vikas’ (development) and ‘shanti’ (peace).

Development has had an impact on the ground, with almost every person we spoke to praising Nitish Kumar for his government’s work on roads, electricity and schools. Even those who admitted to wanting a change in government commended the Chief Minister on his developmental work and foresight.

Shanti or peace was another common theme, with the people reiterating that communal harmony is part of the very fabric of Bihari society. The controversy on the beef issue, that has dominated headlines and conversations in Patna and New Delhi, had very little bearing on the ground. As one voter said, “We live together; that will never change and politics that tries to make it change will never work.”

Here is a look at the Bihar elections through the people’s own words. 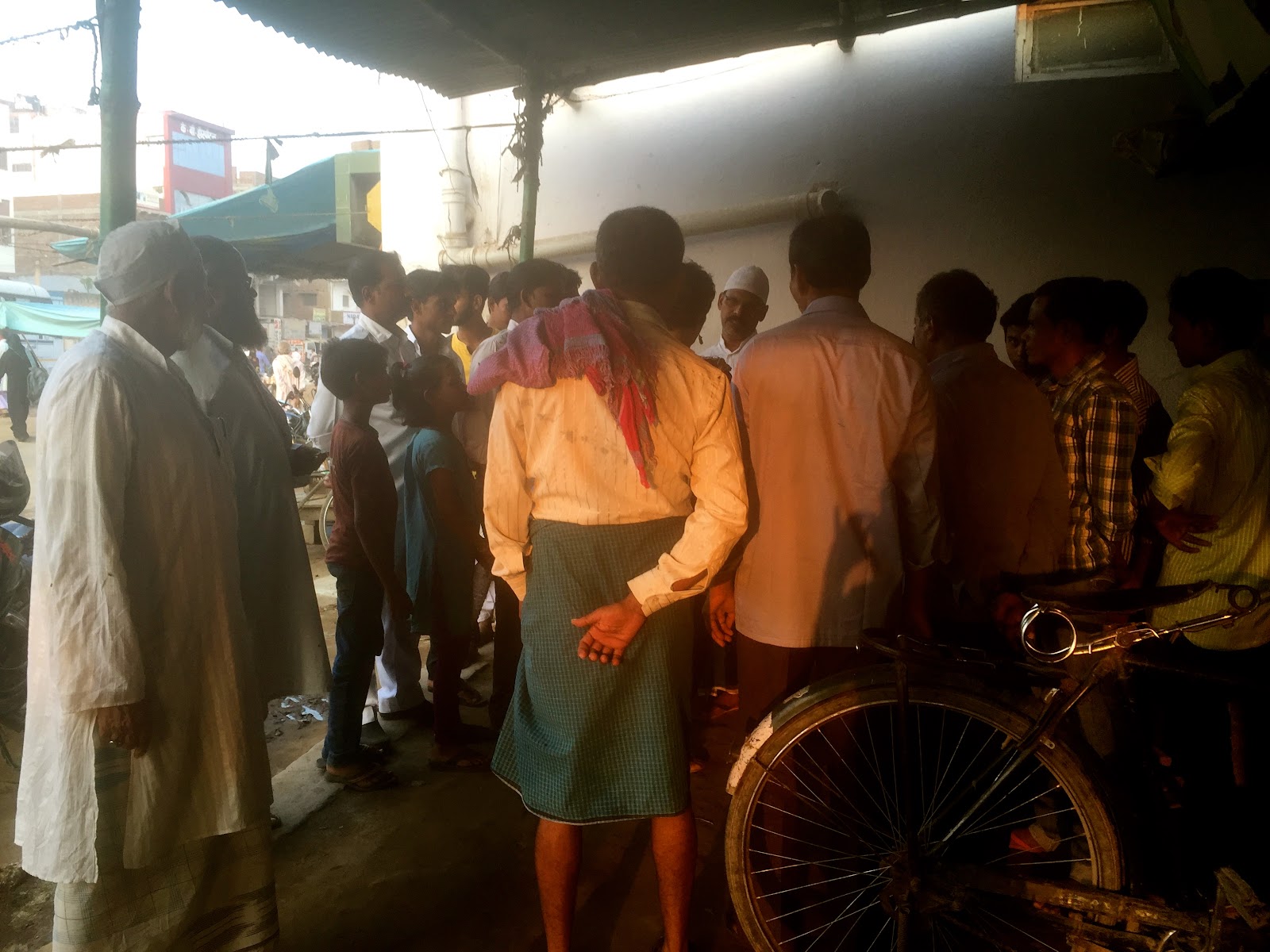 Phulwari Sharif in the district of Patna is along a dusty yet solid road. The group pictured above gathered quickly. “Vikas” they echoed, in response to a range of questions on the upcoming polls. “In Nitish Kumar’s tenure we have seen lots of development. Many roads have come up, “ says Jitendar Rajak (pictured below). 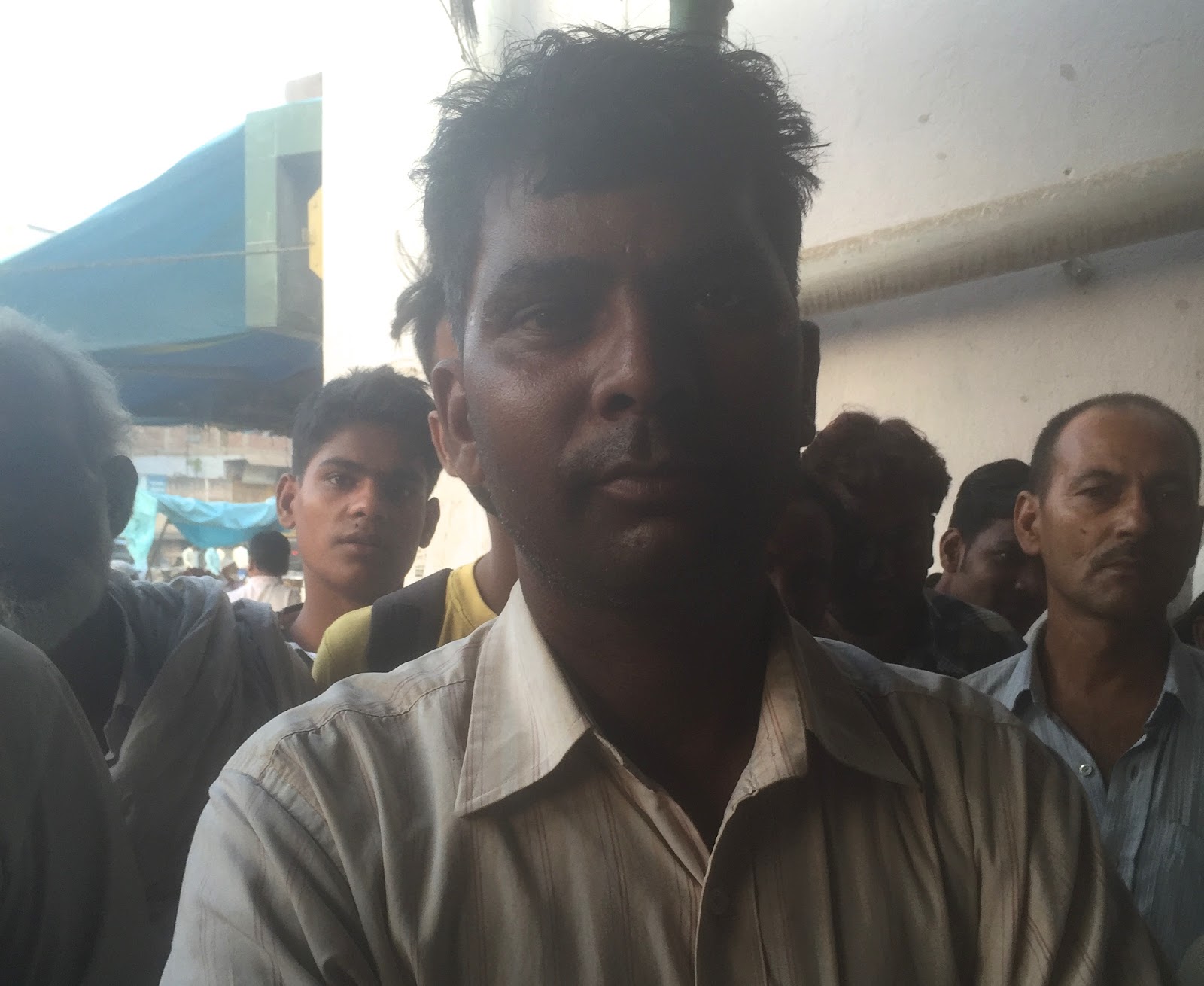 “This is why we will vote Nitish Kumar back to the post of CM” the crowd concurs. “What are you voting for?” we ask again before we leave.” Vikas” answers a man named Mohammad. “And shanti” (peace) he quietly adds as the crowd disperses as quickly as it had gathered.

We move on and stop at a small tea stall. Bisu, the man running the stall is a landless labourer. He is illiterate, but is ensuring that all four of his children are studying. “Nothing has changed for me,” Bisu says, not giving us any indication of his political leanings. 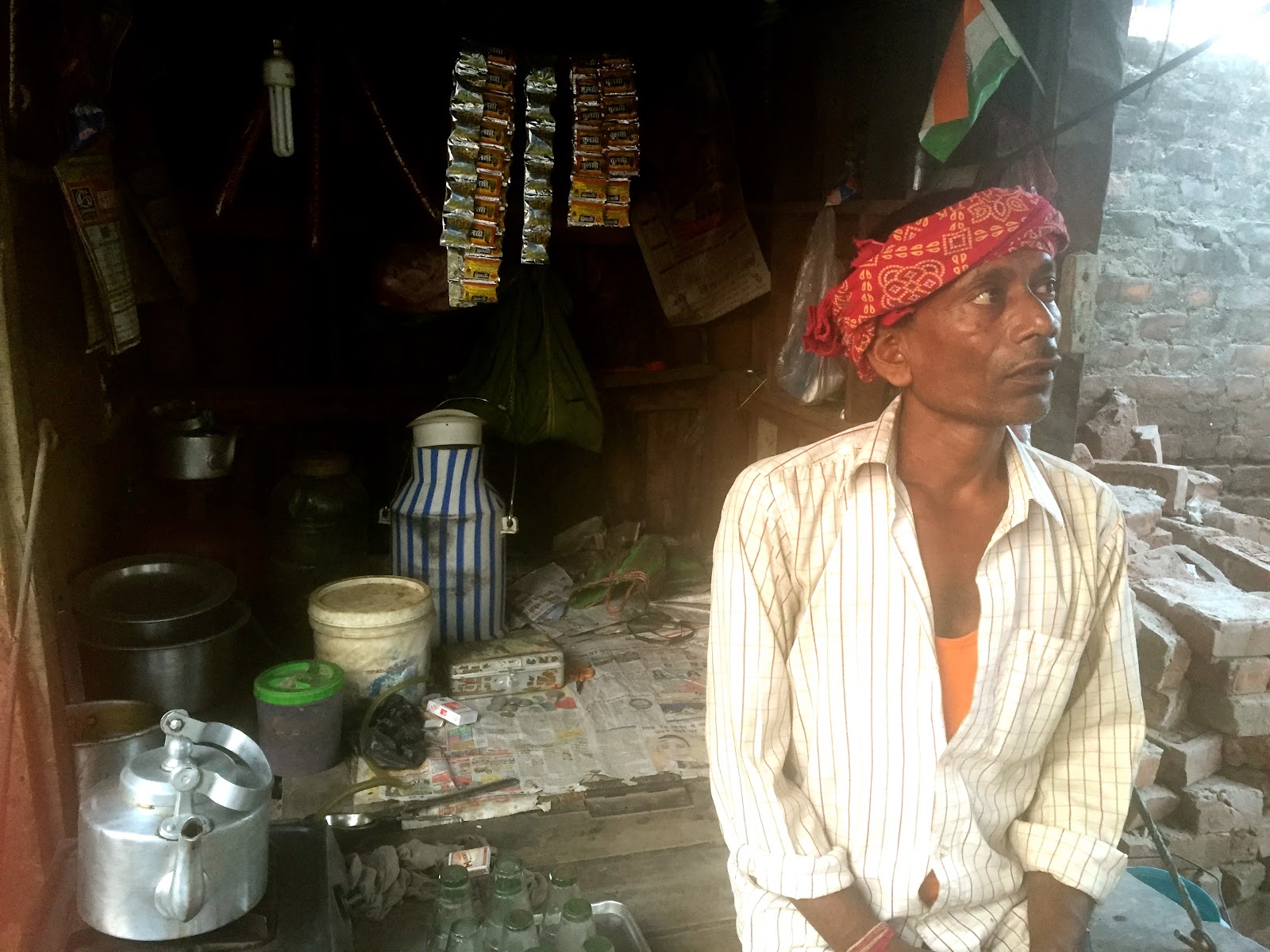 Nearby, a group of construction workers gather. “BJP” they chant. Manoj Kumar, a property dealer tells us that he is not happy with the way things are progressing. “An alcohol shop has sprung up just half a km from here,” he says. “The road -- as you can see -- is a mess” he adds, pointing to the same road that the group of men just fifteen feet away from him had been praising. “We want change,” the group echoes. 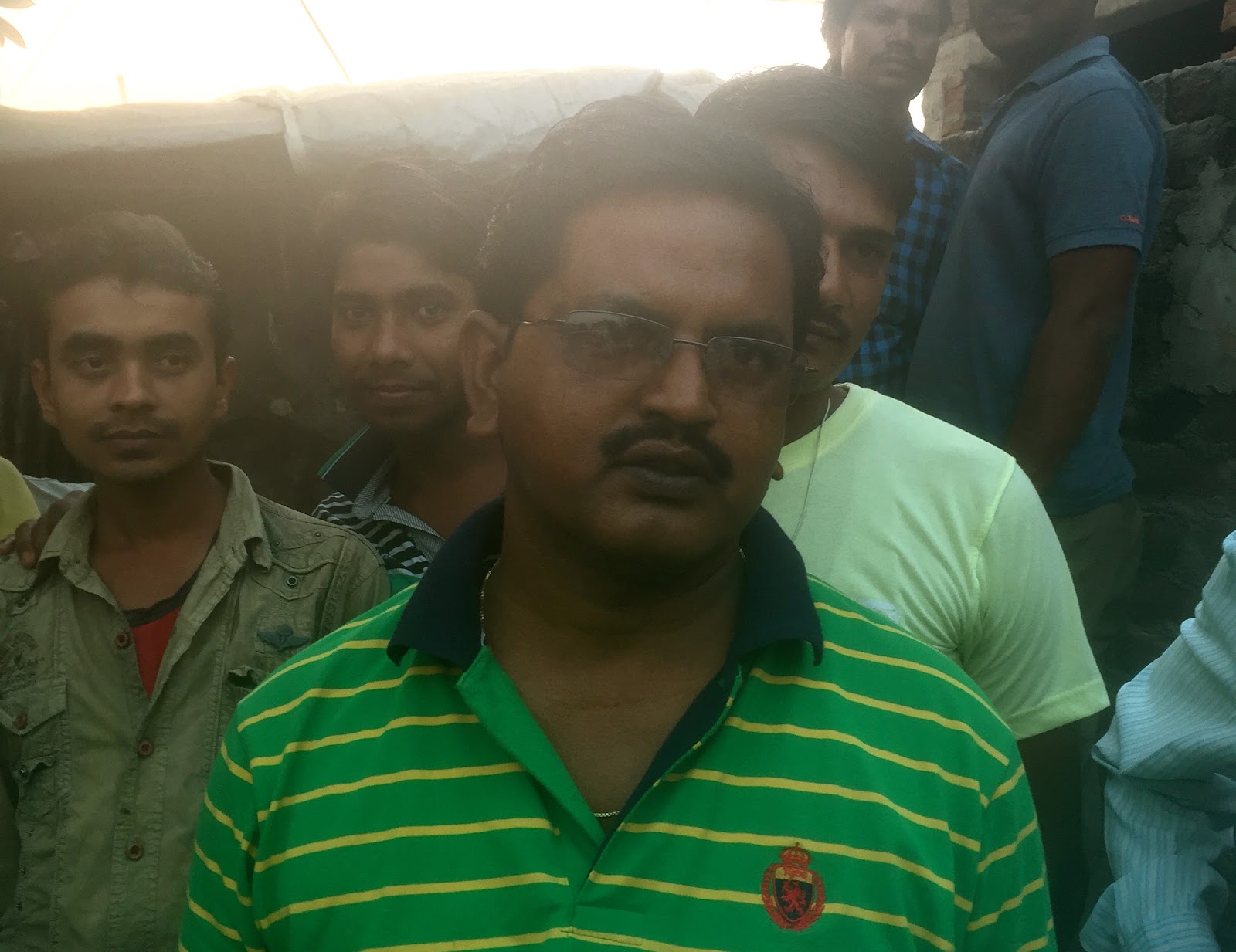 The team then comes across a group of people living in makeshift huts on the side of the road. Seeing us they shout, “life has not changed for us, we have been living on the road for the last 25 years.” Seeyoo, a ragpicker with four children, tells us they will vote for “Manjhi.” Jitan Ram Manjhi’s HAM party, that represents the aspirations of the Manjhi Scheduled Caste -- is part of the NDA. 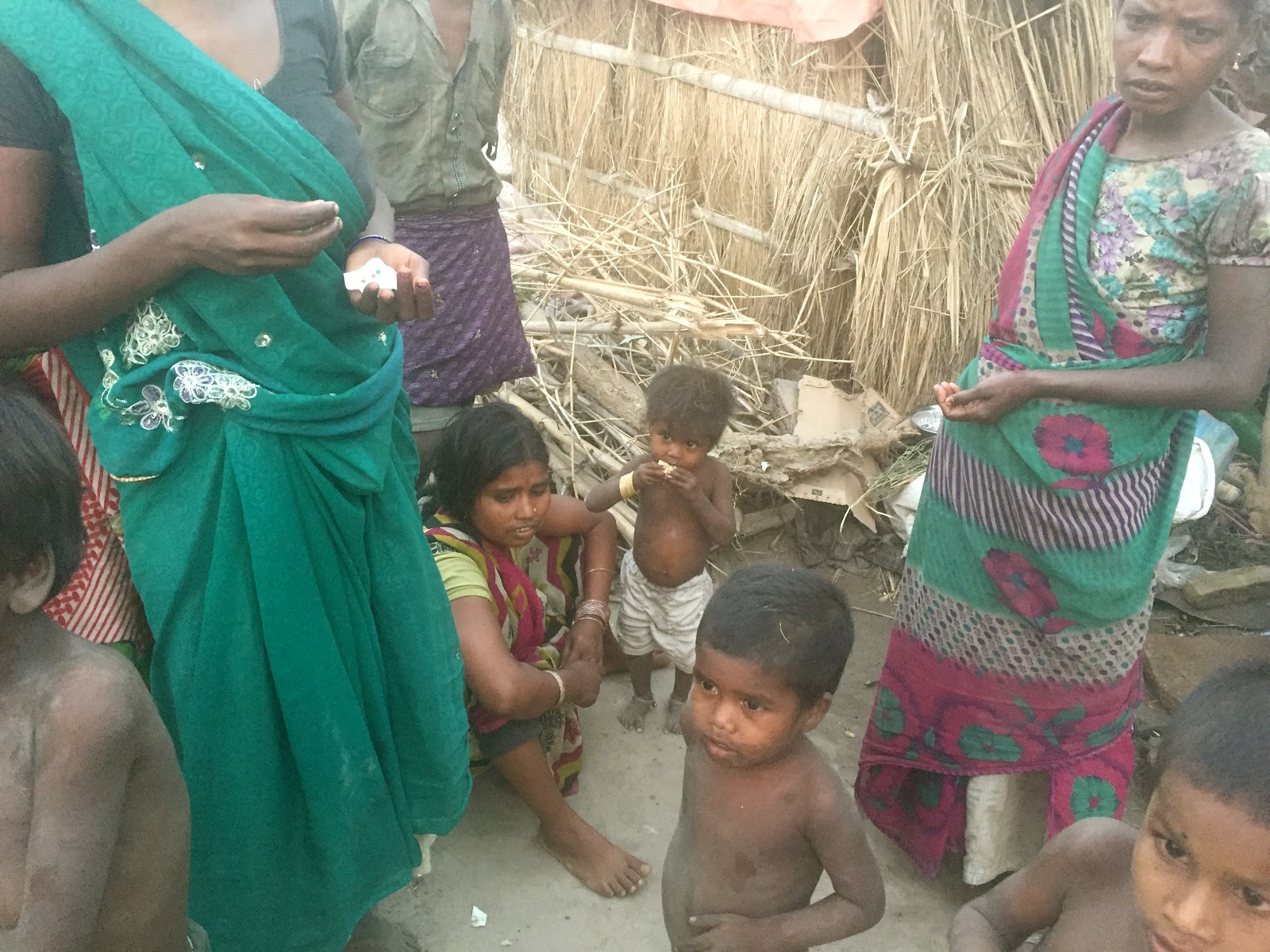 In what becomes a pattern over the next few days, a crowd gathers. “The mahagatbandhan will win this seat,” several people tell us. Why? we ask. Sheer numbers they explain. “Kurmis and Yadavs are in majority here,” explains an articulate man who was cycling past. “Bihar is all about caste politics” he adds as he cycles away.

One of our early stops as we journey outside of Patna is Paswan Chowk, a busy intersection in Bihar’s Vaishali District. A group of men quickly gather. “BJP will win,” says Vinod Prashad. “We don’t care if no CM candidate has been named,” chimes in another gentleman. “Is there any communal tension?” we ask the crowd, that seems to have made up its mind to vote for the BJP. “All that doesn’t work here; people live together” is the unanimous response. 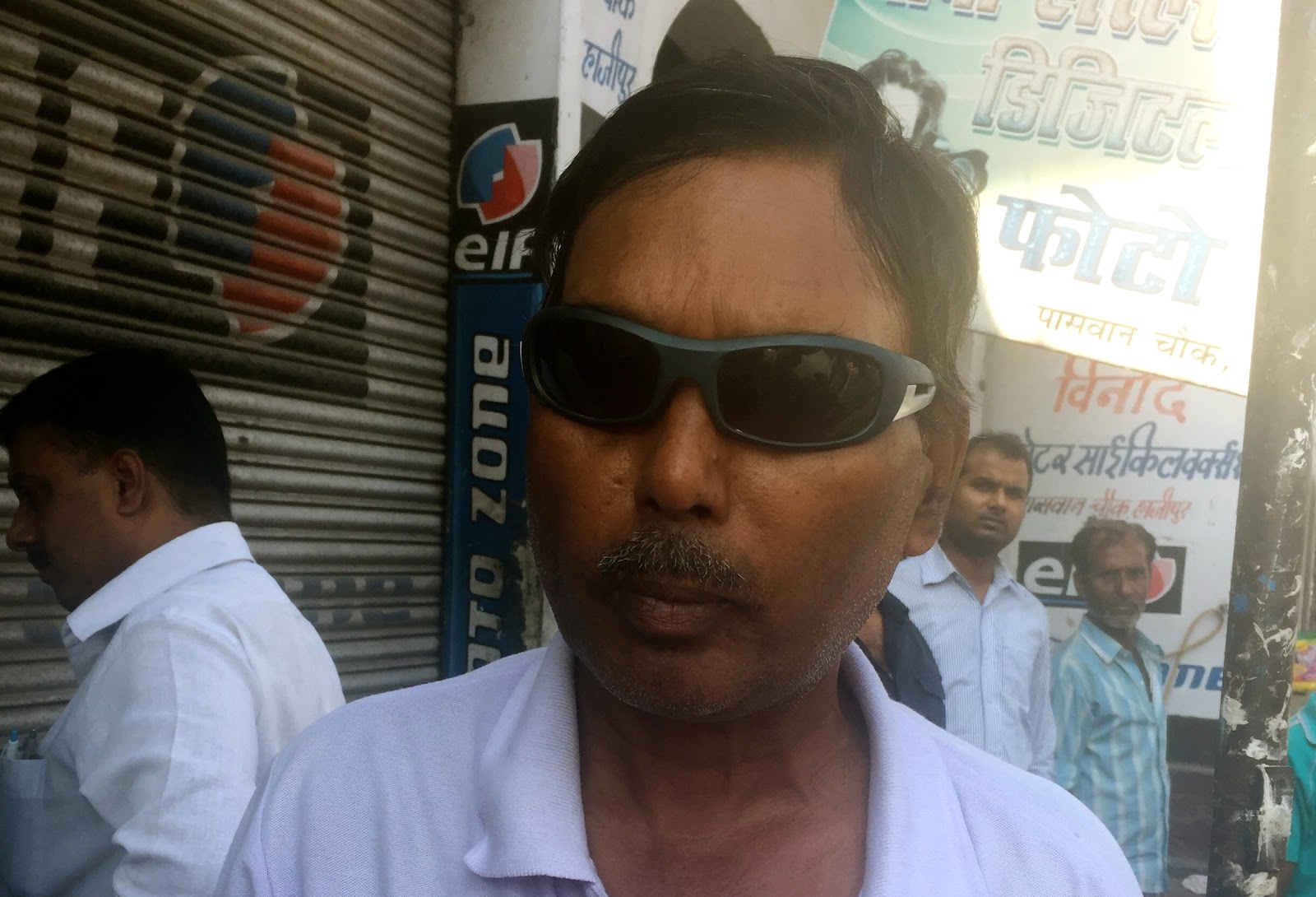 On the other side of the chowk, the mood is drastically different. “The grand alliance will win,” chorus a group of men at a sweet shop. “Nitish Kumar has done a lot for development,” elaborates Kumar, the man behind the counter. “Nitish is a good man,” he adds. “That, and the BJP has lied a lot,” chimes in Gajadhar Shah. “They told us to open a bank account and that money would be deposited. We sold our goats to do so. Not a penny has come in.” 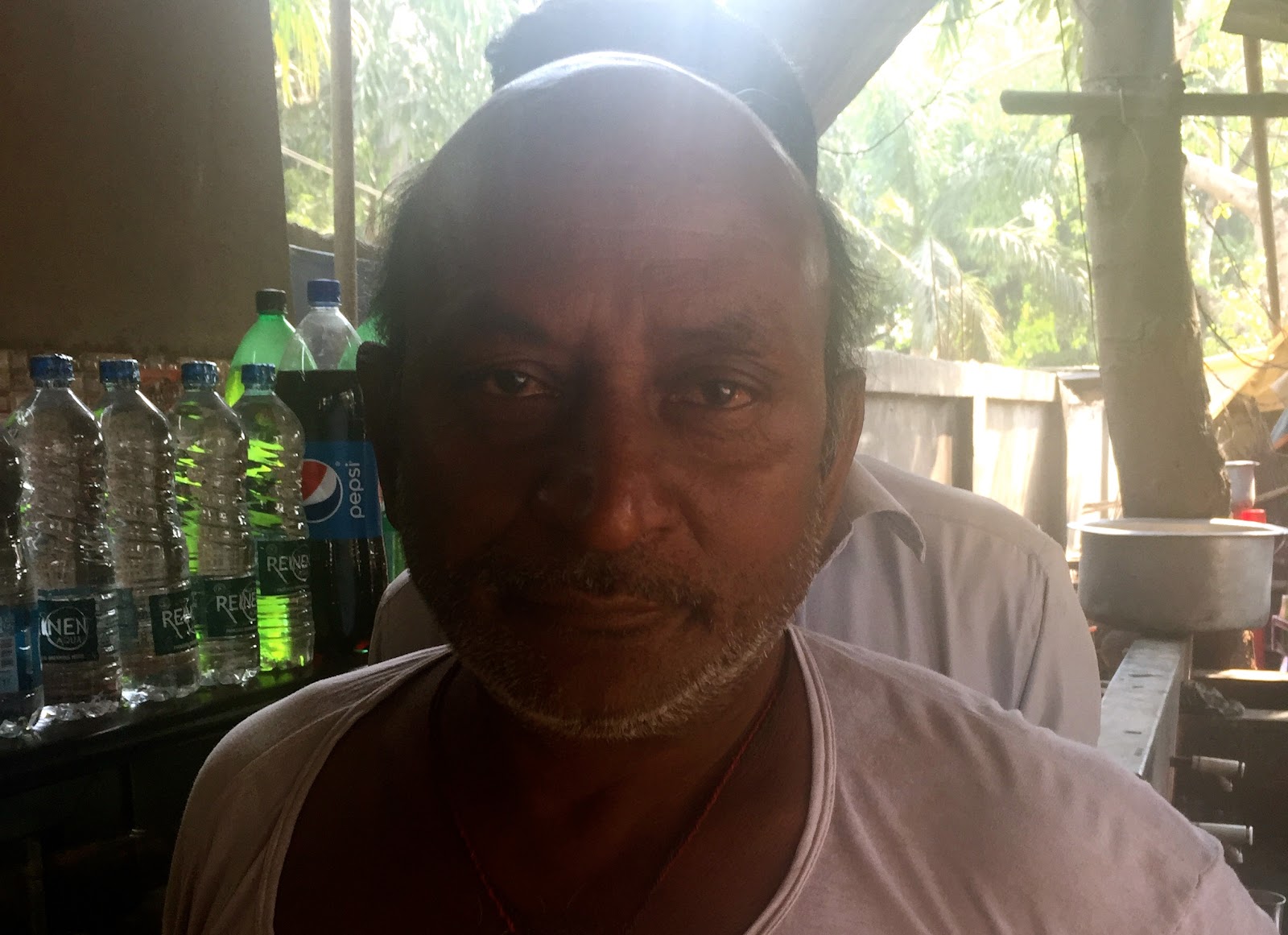 We move on. A man follows us. “Let me tell you one thing,” says Pawan Singh Rathore, a mass communication student. “Many people here will tell you they’re voting for BJP, but when it actually comes down to it, Nitish Kumar will form the government. Remember I said so.”

We stop at a small tea stall. A group of men sitting there tell us that they think the BJP “hawa” is exaggerated. The sentiment is the same. Nitish Kumar has done a lot for the development of Bihar, they tell us. “I don’t like the way Narendra Modi speaks,” says Binder Rai. “Words like shaitan; this is no way to speak.” “Has the beef controversy had any bearing?” we ask. No, they shake their heads. “Nitish Kumar will win,” concludes Parichand Rai, their last names and dress indicating that they are from the Yadav community. 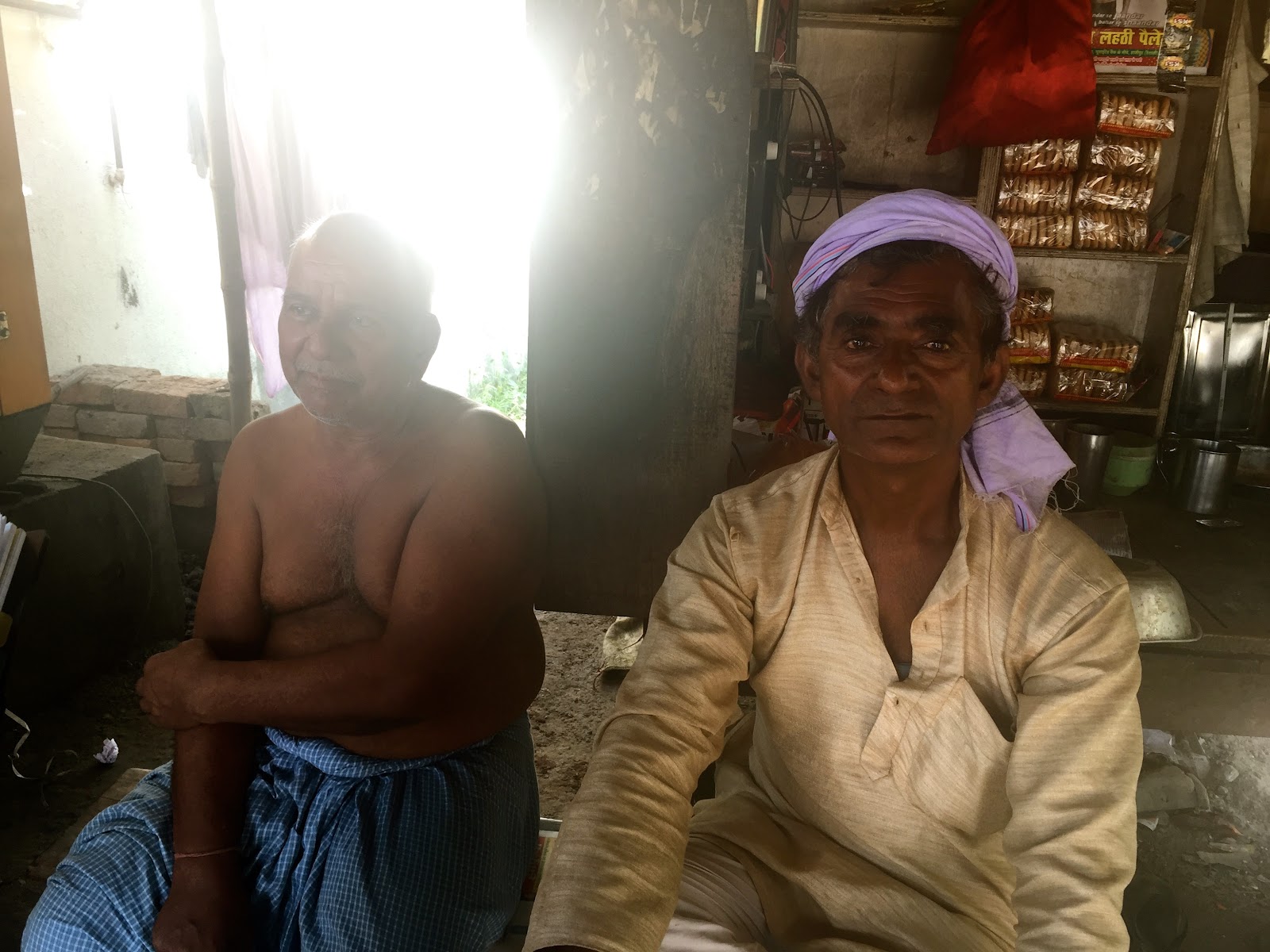