The Clock Is Being Turned Back in Kashmir

SRINAGAR: After the decade of militancy, and the crackdown by the armed forces, Kashmir was limping out of the depths of violence by both state and non-state actors with the new generation of young people torn between employment and new opportunities and the age old grievances shared and experienced by their parents and elders. Many had started moving out into other cities in India in search of higher education and jobs.

The ensuing anger was not handled by the National Conference-Congress government then and is being actually stoked by the responses, or rather the non-response, of the Peoples Democratic Party and Bharatiya Janata party now.

Not only is the size of the protests on any and every issue becoming larger in Kashmir, locals have started coming out to the rescue of militants trapped in encounters with the armed forces. Curfew restrictions are being ignored and protests held, and after decades funeral processions of militants are drawing huge crowds.

Two civilians were shot Tuesday when police and paramilitary forces opened fire on a demonstration in south Kashmir's Ashmuqam area Tuesday morning during a search operation against militants in the area.

The victims were identified as Amir Ahmad Shiekh and Javed Ahmad Wani. Officials said a joint team of Indian Army’s 3 Rashtriya Rifles and the J&K Police's Special Operations Group had launched a search operation at Iram Colony in Ashmuqam, some 80 km south of Srinagar, when the incident happened.

A senior J&K police officer said a group of protesters staged a demonstration against the search operation and also pelted stones at the forces' team.

"Initially we fired teargas and charged at the demonstrators who tried to break the cordon around the locality where the search operation was launched," the officer said.

However, according to the police, the protesters regrouped and again disrupted the operation, following which the Army allegedly opened fire at the protesters.

"Two youth received bullet injuries, one in the neck and other in the arm. They were shifted to a hospital where their condition is stable," the officer said.

The action by Army evoked strong protests in the area during which agitated locals pelted stones at the forces. The protests continued in the area for a long time.

Deputy commissioner of Anantnag, Muneer-ul-Islam, rushed to the area along with senior district officers and pacified the locals. "I have sought a report from the police on the incident and anyone found guilty will be punished. Police have also ordered a probe to ascertain the facts behind the matter," he said.

The trend of protesters pelting stones at security forces during encounters and search operations has caught up with locals, especially in south Kashmir where a number of such incidents have been witnessed over the last two months.

In February, two students, one of them a young girl, were killed near an encounter site in Pulwama district when forces opened fire at protesters who allegedly tried to create an escape route for the trapped militants by diverting the attention of forces.

In the 48-hour siege at Jammu Kashmir Entrepreneurship Development Institute in Pampore last month, which ended with the killing of three suspected Pakistani militants, local women had gathered on the banks of Jhelum river and sang songs to "encourage" the trapped militants while local youths tried to march towards the institute to help the militants in escaping.

"At the most, we can try and disperse the protesters using minimum force, but sometimes the protests turn violent which forces us to open fire. This is a serious problem which needs to be addressed at the political level," the police officer said.

When National Conference leader Omar Abdullah contested the elections for the top job the young people embraced him in the hope that he would be different from his father, more sincere and honest, and more responsive to their needs and aspirations. The young Abdullah did show that verve during the election campaign, and many a young person said at the time that while the old issues remained unresolved, they were optimistic that at least their today would be looked after by the new Chief Minister.

The National Conference allied with the Congress, and very soon it became apparent that it was business as usual with Omar Abdullah bringing nothing new to the table. Until 2010 when between 188-126 young people were killed, one after the other, in police firing. And Abdullah disappeared from view, as did the Congress party of course, with the crowds growing at the funerals, and the disillusionment- sparked anger spreading like wildfire across the Valley.

The next chapter opened amidst the unrest and brought the Peoples Democratic Party and the Bharatiya Janata party to power. This alliance came in the face of the campaign by both political parties separately, insisting to the voters that they were in existence to fight the other, and would not ally at all. After a hesitant start, sections of the Kashmiris in the Valley reposed their trust yet again in the PDP and voted the party into power. Almost the first decision taken by the then Chief Minister Mufti Mohammad Sayeed was what was seen as a betrayal of this trust, when he allied with the BJP.

This is a brief simple background to the current situation when Mufti’s daughter Mehbooba is now in a Catch-22 bind, damned if she does, and damned if she does not. In that if she goes with the BJP, the anger within the Valley might splinter her party. And if she does not the crisis that is growing by the day can erupt in a manner that will drown her and others with it.

In the process the palliative is missing, and the people are now defying curfew and restrictions to come out in large protests across the Valley almost every single day. After a long time, the Kashmiris are now taking out funeral processions for slain militants, and these processions are volatile, angry, and defiant. In most cases the forces have to stand by and watch, as a decision to open fire could in at least some of the demonstrations, lead to a bloodbath that India can ill afford.

It is strange that the warning bells are not being heard in Delhi, or if being heard are deliberately being ignored. Why? It is almost as if the Kashmiris are being wilfully pushed to the brink with the budget again not allocating the funds needed for their rehabilitation after the floods that were, to put it mildly, a highly traumatic experience for the residents.Governance of course, has since gone to the dogs---literally so--- and development is now, as a Kashmiri journalist said, gone into the minus category.

The Kashmiri students who had come out of the state in search of opportunities are being forced to go back because of the environment that has openly started linking them to the ‘anti national’ campaign launched by the ruling party. “We are now all terrorists for New Delhi” is a sentiment voiced by the young Kashmiris who are increasingly concerned about their future, even as they point out that the narrative from Kashmir is being judged by New Delhi instead of being understood. 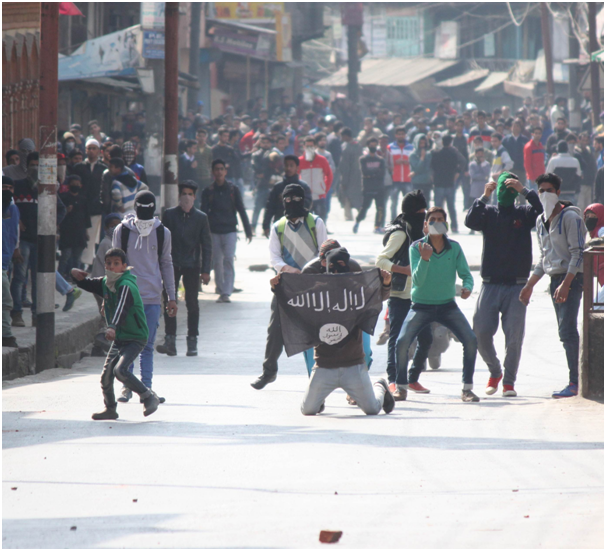 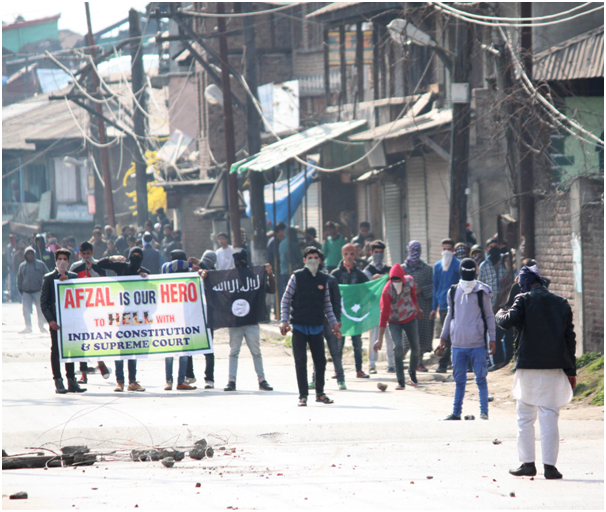 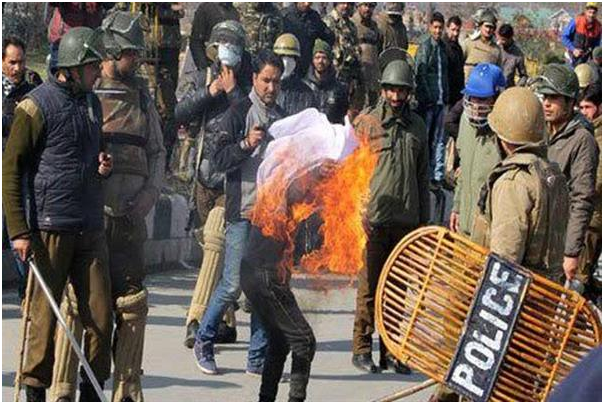 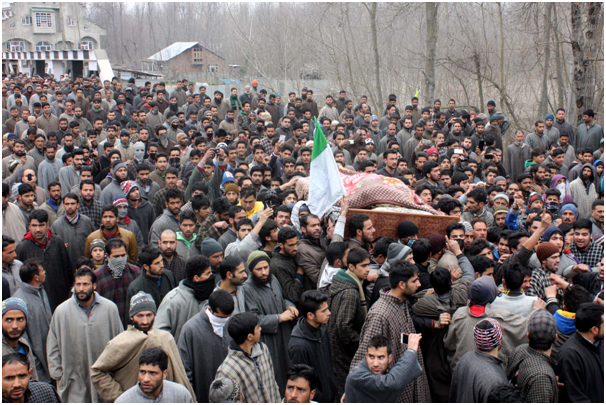