RAIPUR: A 8 member fact finding team sent to Bastar by the All India People’s Forum has documented “communal incidents against Christians, fake encounters, rapes and arbitrary arrests” in a detailed report it released recently. 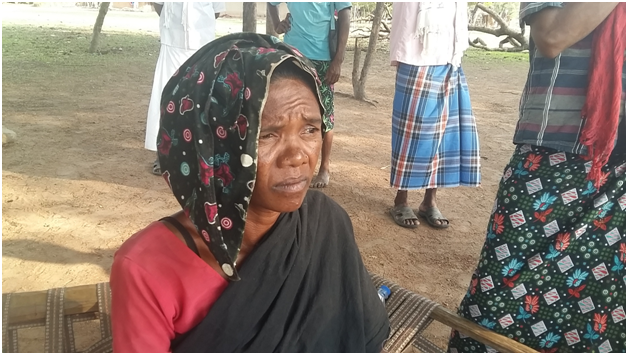 In Padiya village, Gadiras Thana, Sukma district, on 21 May 2016, at 9 am, a force of 200-300 police came and picked up villagers working on a water body, saying they were involved in the breaking of a Essar pipeline on 19 May 2016. Police took away 11 adivasis, left two of them later, and 8 remain in jail. The night before our team reached the village, the police forced sarpanch Madkam Hadma to wear police uniform and move with the force, arresting four people. Thus the police conspired to make the sarpanch look like a police agent, making him vulnerable to attacks by Maoists.

In the same village, a small 12-year-old boy Joga had been picked up by police on 12 May. The fact finding team met Joga and learned that Joga’s father and brothers had been arrested and detained illegally in the thana for seven days, where they were made to clean utensils and do other cleaning work in the thana. They were later released. The night before our team arrived in the village, Joga’s father had been taken into police custody with three others. The SHO of Gadiras thana said that repeated arrests are done because Joga’s sister is a Maoist ‘Mahila Commander’, whereas more than 150 villagers told the team that this is not true and the girl lives in the village. The team is apprehensive for the safety of Joga’s sister – she may be killed in a fake encounter claiming she is a Maoist. The sarpanch also is in danger of being killed.

On 8 June 2016, a girl aged 14 years from Podum village, thana Dantewada was shutting her kirana shop when a CRPF jawan came and raped her throughout the night in the shop. She told her brother in law, who complained in the thana and was sent for medical examination last night (11 June 2016) – a process facilitated by the team and by Soni Sori. The CRPF jawan had given a name – RR Netam – and number in writing to the girl but this appears to be false since the TI says that no jawan of this name is there in the Jarum CRPF camp near Podum village.

There have been 70 surrenders in the Chintalnar area. The team visited Chintalnar village where we were told of several staged surrenders. One small trader told us that he was called to the Polampalli thana by an SPO saying there is a warrant against him. He went there where he and 25 others were told that either they must agree to ‘surrender’ or they will be booked in a case of killing Nagesh, an SPO who was killed 2 years ago. He is 55 years old and he said that the other 25 cases were also not genuine surrenders. They all were given Rs 10000 each on the spot. Several others also testified to fake surrenders but are afraid of reprisals from the Maoists. We were told that the sarpanch, Kosa, is also under threat from Maoists for having facilitated the fake surrenders.

Conditions in the Village

Two AIPF teams covered 1650 kilometres in their journey, where they encountered more than 60 police and CRPF camps. But in the 25 villages that the teams visited, the villagers were insecure and suspicious of each other. In these 4 districts, political groups and other organizations are rather inactive, suggesting that the scope for democracy has shrunk there. Most of the villages visited by the teams were without electricity, without roads, and lacking in education and health facilities. In Ketulnar, two baby girls died after drinking milk provided by the anganwadi. We found that the village had 8 mitanin who did not even have medicines to treat diarrhea and vomiting and the hospital is 10 kilometres away because of which the little girls could not be treated. Now after the death of the girls, medicines have been provided but a case of culpable homicide is yet to be registered against the milk provider.