LONDON: The assassination of Jo Cox, a 41-year-old Labour MP, during a fierce political campaign ahead of the 23rd June referendum to decide whether Britain remains in the European Union, or leaves, has shocked many people. Her assassination is not only a personal tragedy for her family. It has wider significance, for British society has become deeply polarised in the current debate over immigration and its social and economic consequences.

A 52-year-old man, Thomas Mair, has been arrested and charged with the murder of the MP. When Mair was produced before a judge in London, and asked to confirm his name, he replied: “My name is death to traitors, freedom for Britain.” Mair had repeatedly shot Jo Cox, and plunged a knife several times into her body as she lay dying outside a village library, where she had gone to meet her constituents.

According to the prosecution’s summary, as Mair attacked he shouted a variation of “Britain First”, “Keep Britain independent” and “Britain always comes first”. As he was arrested, Mair told police officers that he was a “political activist”. 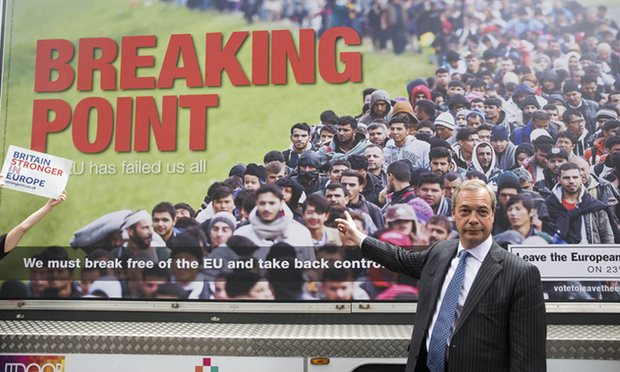 A 77-year-old man tried to intervene, but was also attacked and seriously wounded. Britain First is an extremist right-wing group. The name chimes with the “America First” slogan of Donald Trump, the presumptive Republican nominee in the US presidential election.

In a video released after the assassination, Britain First swiftly denied that the attacker had any links with the group. Other details emerging since Thomas Mair’s arrest tell a different story. There is evidence that he had purchased manuals on guns and explosives from National Alliance, an American neo-Nazi group which advocates an all-white nation.

Receipts going back many years show that Mair bought Ich Kampfe (I Fight!), an illustrated handbook issued to members of Germany’s Nazi Party in the early 1940s; and he had been a subscriber to a white supremacist magazine S. A. Patriot, published by a pro-apartheid group in South Africa.

Police found firearms, knives and Nazi regalia during their searches of Thomas Mair’s home. As further evidence emerged, an overwhelming number of people expressed grief over the death of Jo Cox. At the same time, some white supremacists glorified the act of murder on social media. Right-wing extremist groups are now a priority line of police investigations, along with Thomas Mair’s mental health. Police said that he was fit to be questioned.

The political and social landscape in Britain has undergone an alarming transformation, and poses a major challenge to society. The targeted assassination of a young politician, on the threshold of a promising career in politics after a decade of work for international charities, is a symptom of deeper conflict between antagonistic forces in British society.

To make sense of what has happened, context is all important. Despite strong opposition to Britain’s membership of the European Union in some quarters, general consent had been found after a referendum in 1975. It did not last long. Scepticism over closer integration with the rest of Europe started to come to the fore again in the 1980s, when Prime Minister Margaret Thatcher was in power. She fought the European Union hierarchy, but did not make a decisive move to leave the association.

Nonetheless, many of her associates and followers were encouraged, and their hostility to the EU grew steadily. Today, distrust of Germany and France lingers in many of Britain’s older generation, though young people under 35 years of age are more pro-European Union.

Enlargement of the EU to 28 member-states and closer integration has its virtues. It has created a large single market with unrestricted movement of goods and services, but has also enabled free movement of people. It has also kept the peace in Europe. With an ageing population and shortage of workers in some sectors, immigrant workers from the European Union and outside have been coming to Britain to take up jobs which are difficult to fill. Competition in the labour market is greater.

There is downward pressure on wages because of economic austerity in the government and private sectors. Competition for jobs, and the presence of new arrivals from abroad, mean extra pressure on public services. Further, it generates resentment among working people already in Britain, because they feel disadvantaged. Their complaint, put in simplistic terms, is that foreigners are taking away their jobs.

The reality is somewhat different. Immigrants are mostly young with necessary skills, and many work as doctors, nurses, IT specialists. Others do menial jobs which British workers are reluctant to do for relatively low wages.

Anti-EU politicians have been successful in harnessing the discontent. They have fought an aggressive campaign over immigration from EU countries, and assert that the United Kingdom must regain its independence and sovereignty from the European Union – the absurd implication is that the United Kingdom is an EU colony. To this end, many politicians on the right have common cause, though their tactics may vary. Some of the language used in the “Leave” campaign has been inflammatory, even xenophobic, similar to that on the far right.

For example, claims that Turkey’s entire population of 80 million, overwhelmingly Muslim, is about to descend on Britain; the 500 million people living in the European Union can enter the country any time; and a poster similar to a Nazi-era image showing a flood of people ready to enter, with the message “Breaking Point”. After Jo Cox’s murder, her bereaved husband, Brendon, criticised mainstream politicians for legitimising extremist anti-immigrant views by imitating far-right rhetoric.

The far-right fringe group Britain First recently announced that it was to launch a “direct action campaign against Muslim elected officials targeting where they live, work and pray”. The group described them as “occupiers”.

It is a disturbing scenario in which hatred runs deep; individual interest supersedes wider community interest; there are people who feel that their leaders have granted equality and fair treatment to those who do not deserve it; the ‘undeserving’ are inferior and subhuman in their eyes. In this critical period, Britain needs leadership that promotes unity not division, cooperation not isolationism, and communal harmony not blame.

(Deepak Tripathi is a Fellow of the Royal Historical Society and the Royal Asiatic Society of Great Britain and Ireland. He lives near London.)